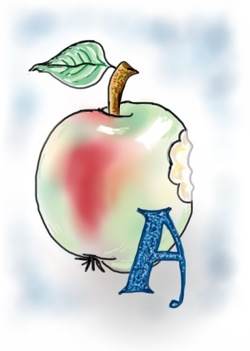 A Russian had three sons.

The oldest, Rab, became a lawyer.

The youngest,Ymra, became a soldier.

The middle son became a sailor. What was his name?

Why is O the only letter you can hear?

Which letter of the alphabet is of more use to a deaf woman than an ear-trumpet?

What is worse than raining cats and dogs?

Which is faster,heat or cold?

The letters must be read in this way:

Read up to the top, then down next line,R to A.

Read up the line from C to U, down the next line S to T,

up the next line W to F,downU to O, and finally

-or, HISTORY TEACHES US THAT WE REFUSE TO LEARN!

The answer to the next riddle:

The secret is in the B. The victorians called this 'great B'.

And the two other riddles:

If I bought four cakes for a penny, and gave you one, why would I be like a telescope?

Each cake cost a farthing. I would be like a telescope, because I made a far thing present!

What colour are the wind and the storm?

The wind rose and the storm blue.