Dinosaurs in the Park

When the Crystal Palace was erected in Hyde Park in 1851 for the Great Exhibition it was not intended to be a permanent building. However, it was such a huge success and created such enormous interest that it was decided to create a new attraction,using many of the materials and the same designer,in South-East London.

Alexandra Palace, named by Joseph Paxton 'A Winter Park and Garden Under Glass',was erected on Penge Place Estate and, opened by Queen Victoria in 1854, was an immediate success. 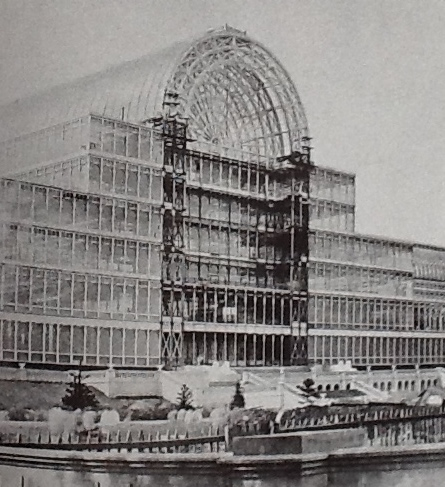 It was 1,848 feet long,and had 2 huge towers and wonderful fountains.
There were two million visitors a year,from all parts of the world.
There were firework displays, organ concerts,balloon rides,and both permanent and current exhibitions.
Many foreign Royals travelled to see the People's Palace. 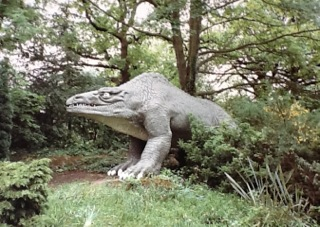 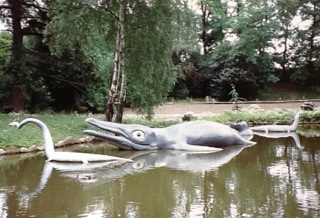 One of the major attractions was a prehistoric swamp, with a collection of life-size dinosaurs as perceived at the time (obviously they were not very accurate). 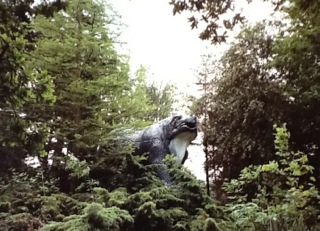 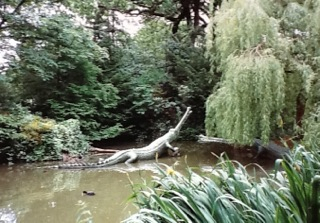 The plants grown around them were,as far as knowledge then allowed, those of the period. 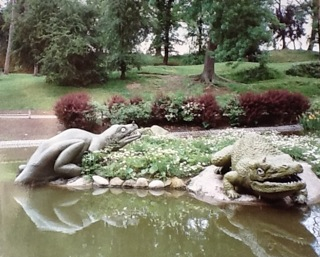 Alexandra Palace was destined for a dramatic history: bombs and fires (notably the cataclysmic inferno of 1936, which lit up the sky over London and could be seen from Brighton) brought it to the ground. Londoners, who looked on it as their own, were devastated. 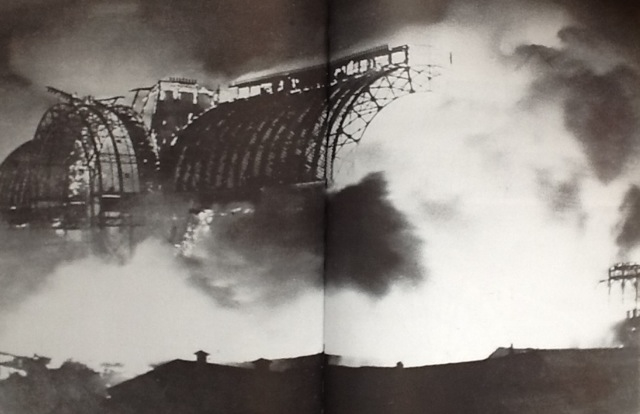 Nevertheless, the 'All Pally', the 'Peoples'Palace,' was rebuilt, perhaps in less transparent style,but is internally very decorative and is still in constant use today,with an ice rink and exhibition and concert halls; it hosts all kinds of interesting events throughout the year and is a very popular venue. 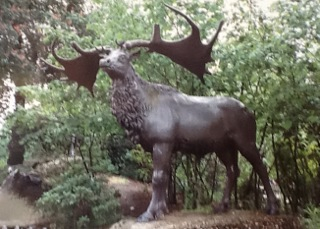 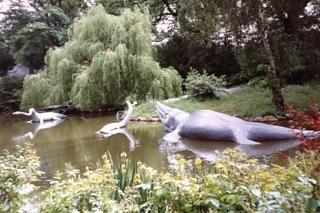 The dinosaurs,too, are still roaming through their prehistoric swamp,and make an impressive display. Well worth a visit!
< PrevNext >