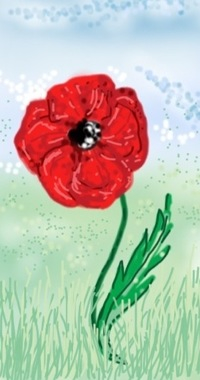 Here is another poem from my 'SNAP!' book, written by one of the great poets of World War One, Wilfred Owen, who died under machine-gun fire a week before the Armistice was signed.

Only five of his poems were published while he was alive; one of his friends, another famous war poet, Siegfried Sassoon,published his collected poems later.
How can I not agree with this young man, who died so young in a war he neither started nor romanticised?

War is wrong.
War is bad.
War is waste, loss and pain.

The Parable of the Old Men and the Young

So Abram rose, and clave the wood, and went,
And took the fire with him, and a knife.
And as they sojourned both of them together,
Isaac the firstborn spake and said, My Father,
Behold the preparations, fire and iron,
But where the lamb for his burnt-offering?

Then Abram bound the youth with belts and straps,
And builded parapets and trenches there,
And stretched forth the knife to slay his son.
When lo! an angel called him out of heaven,
Saying, Lay not thy hand upon the lad,
Neither do anything to him. Behold,
A ram, caught in a thicket by its horns;
Offer the Ram of Pride instead of him.

But the old man would not so,but slew his son
And half the seed of Europe, one by one. 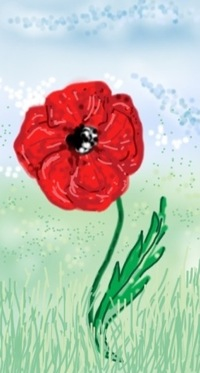