The landings at Dieppe in 1942 were a disaster; 60% of the forces deployed died on the beaches.
Luckily,many lessons were learned by the time of the Normandy landings in 1944.

I had just turned 15 when the news in Brighton was that a large number of wounded Canadian soldiers had been taken to our hospital in Elm Grove.
I had one of my bright ideas(so many of which had previously failed in application!).

I would organise a concert,using local talent,and raise money for the benefit of the wounded.
After my initial investigation I could see that talent was not much in evidence, but I was not disheartened.
The idea was driving me on.
I used my utmost powers of persuasion, and gathering a small group of girls (five,I think) began to plan the programme and sort the venue.
My mother was a great help; she let me stage the show in the Front Room(never used for everyday life) and would provide tea for the audience.

I made the tickets individually,and intended to sell them for 2d each.
Those tickets were a work of art! I equipped myself with a mapping pen(where are they now?), one bottle of blue ink and one of red, and some pale blue writing paper. Every ticket had a border of flowers and leaves.
I would dip the pen into each colour alternately,so that the petals changed from blue to red and purple to pink.
I drew them all freehand, and put the date,time and place of the concert in the middle. 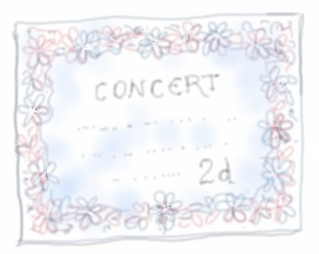 I made a large number of tickets,and then set off to sell them to neighbours.
They sold very well,although often people said they might not be able to come.(This was very fortunate,as our Front Room would never have accommodated all the people who paid for a ticket).

The concert slowly took shape. I cannot remember the programme in detail (it was, after all, 70 years ago) but there was solo singing,possibly dancing, and certainly a very unusual dramatic item based on a poem by Harold Monro.
For this I crouched in a cave and dressed as a witch,although I was supposed to be a nymph!
I chose the best of the cast to play the goblin,and would have preferred that part,especially since I knew the words by heart, but decided I was too tall.

When the Day arrived, we arranged seating for fifteen on one side of the room and set the 'stage' for the drama.
Mum had the best cups and saucers ready for the expected crowd.
In fact,only a few adults turned up - many people had bought tickets just to support the cause.
However,with Mum joining the audience it seemed sufficiently daunting.

I cannot let you escape the poetic drama ; we were,I guarantee,extremely over-dramatic,and received amusement and loud applause in equal measure!

This is how it went:

OVERHEARD ON A SALTMARSH

Green glass,goblin. Why do you stare at them?

Then I will howl all night in the reeds,
Lie in the mud and howl for them.

Goblin,why do you love them so?

They are better than stars and water,
Better than voices of winds that sing,
Better than any man's fair daughter,
Your green glass beads on a silver ring.

Hush,I stole them out of the moon.

Give me your beads, I want them.

I will howl in a deep lagoon,
For your green glass beads, I love them so.

Give them me. Give them. 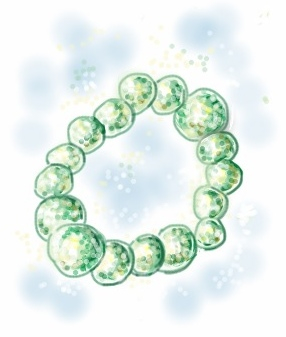 Although our concert was a small thing, we were all very earnest, and Mum's tea went down well; our efforts were received with real affection as well as amusement.
When the audience had drifted away and the Front Room was cold and empty again, I counted up the takings.
We had made thirty shillings - one and a half whole pounds!
We were very proud.
I now had the task of buying a postal-order and contacting the Almoner at the Hospital.
I composed a letter,in my best handwriting,telling her about our project and asking if we could visit.

Within a few days I received a letter in return, inviting us to meet her the next Sunday.
We were all very excited!
On the appointed day we set off together, with shiny shoes and high hopes. I had the postal order safe in an envelope.

The Almoner received us in her Office,thanked us very much for our contribution,and asked us if we would like to meet the soldiers. They were just as keen to meet us!
The wounded from Dieppe had a ward to themselves.
They all wore a royal blue uniform,rather like soft pyjamas.
Most of them were recovering,and they were all in high spirits - no doubt glad to be alive.
I think the sight of six young girls must have cheered them up; they were friendly and relaxed,and we soon lost our shyness.

The group we met were all Canadians,but in a separate ward there was a young English soldier from Yorkshire.
He was seriously wounded,and his treatment involved a number of operations,so we did not see him that day.