The Cat Who Called and Stayed

One of my favourite cats was Abbey.
We did not seek her out: she called, late one evening, and mewed at our door.
I did not hear her; we were quietly watching television when suddenly George got up and went to the front door. I could hear him talking to someone in a high voice,and went to see what was going on.
There on the doorstep was a beautiful kitten, looking up at us,asking to be invited in for supper.

She was not an ordinary kitten.
Her coat was brindled like a wild rabbit, her ears had little black tufts,the backs of her legs were black,her belly fur and front legs were tawny,and she had very few stripes.

She was not by any means an average tabby cat. 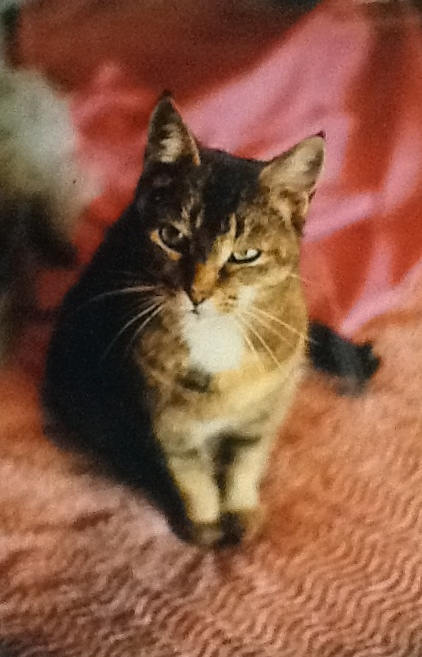 We fed her well, but did not keep her that night.
Someone would be missing her.

I put her out in the back garden and went to bed.
In the morning I rose early, and when I opened the door she was waiting for me. It was cold, and I let her in.
During the following days we asked all our neighbours if they had heard of a lost kitten, but noone had.
Meanwhile, I looked for information about the colouring of cats, and thought that our new friend could be an Abyssinian,so we called her Abbey. 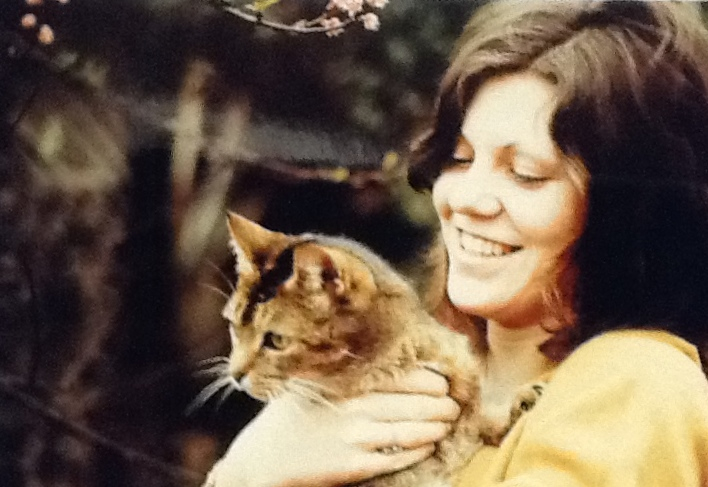 She was a very affectionate cat,and had a habit of rubbing noses with those she liked. 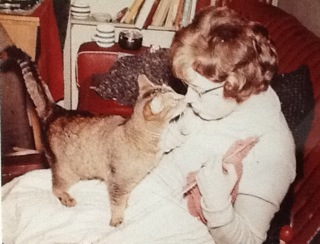 She was the only cat I knew who liked water.
Once I found her standing in an old fish-tank which was three inches deep in rainwater!
She liked green peas, and would very daintily eat them, inside first and outer skin last.

At the time we had two boxers, Daisy and Brin.
Abbey would sleep comfortably between their legs, and Daisy would rest her head upon the soft cushion of Abbey's body. 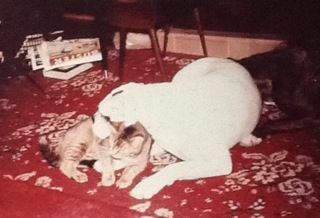 They never had a cross word. Abbey was accepted as one of them.


This is a picture of Abbey taken unawares, in the middle of her morning toilet. She was not amused! 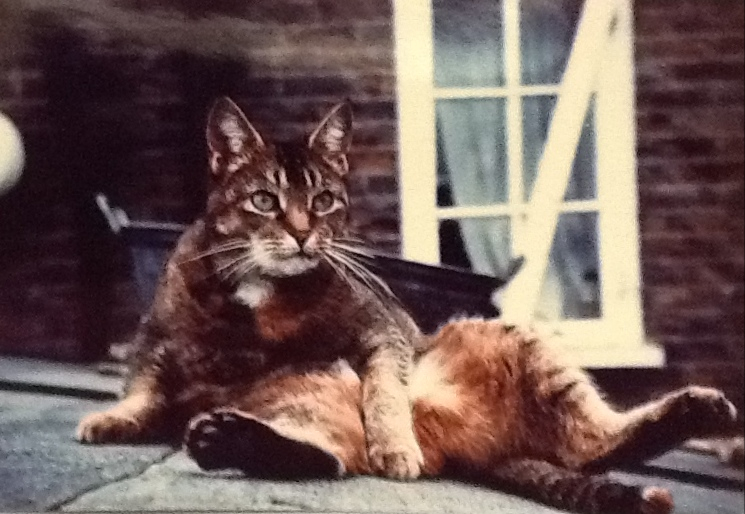 Abbey lived to the ripe old age of 15, and I never had cause to regret taking her in.

She was a delightful addition to the family.
< PrevNext >