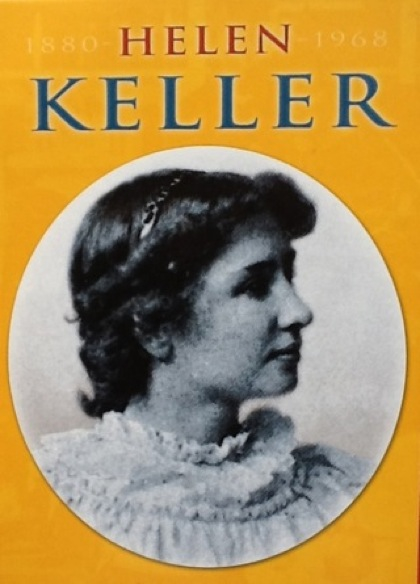 The house, 'Ivy Green,' stood among blossoming fruit trees & ploughed fields.
There was a dairy & a smoke-house for hams, & there were turkeys, pigs, chickens & sheep.
Although the family was not wealthy,there were servants and life was comfortable.
Helen (as the baby was called) was loved and welcomed.
This is the very room in which she was born. 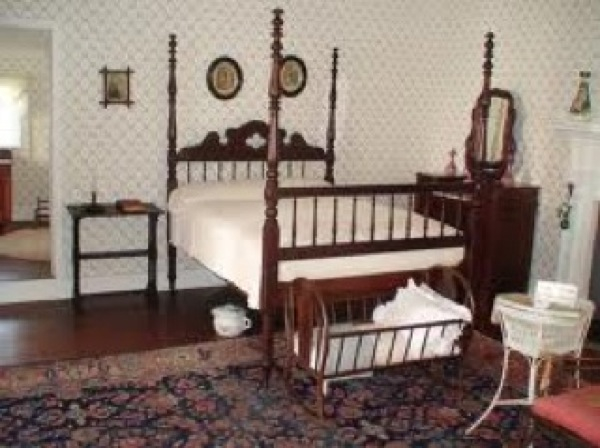 Helen's father, Captain Keller, owned a small cotton plantation and edited the local newspaper.
Kate, her mother, was 20 years younger & worked hard.
She looked after the livestock, made butter, lard, bacon & ham & raised vegetables.
The white wooden house was covered in ivy.
There were large trees, yellow roses and honeysuckle.
It was a beautiful, peaceful setting. 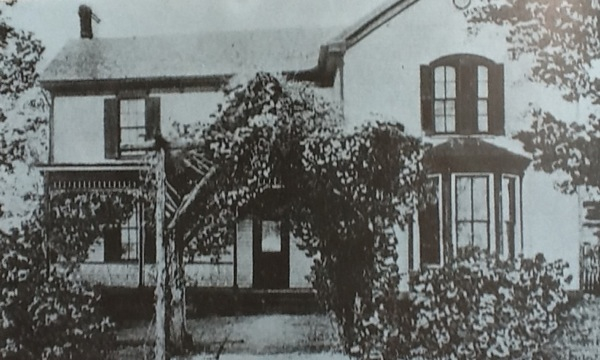 Helen was a bright baby and everyone loved and petted her.
Then suddenly, in 1882, when she was 19 months old, she was struck down with what was then known as a 'brain fever' - maybe meningitis or scarlet fever.
For days her life hung in the balance.
At last she fell into a deep sleep, and her family rejoiced: they believed it was all over.

But their troubles had only just begun.
The Kellers were about to make a terrible discovery.
Kate passed her hand before the baby's eyes and they didn't blink: she rang the dinner-bell and Helen didn't turn her head.
The illness had left their little girl totally deaf and blind.
Medical tests later showed that she possessed neither bone nor air conduction in either ear.
Their child was shut up for life in a dark and silent prison: she could only learn about the world by smell, taste &touch.

Much later Helen wrote: 'I was too young to understand. When I awoke and found that all was dark and still, I suppose I thought it was night,& wondered why day was so long in coming.
Gradually I got used to the silence & darkness that surrounded me, and forgot that it had ever been day.'

Such severe handicap in infancy is extremely rare. Children like Helen are almost impossible to handle - because of frustration at inability to communicate they throw violent temper tantrums - kick, bite, scratch and punch until they fall exhausted.
Helen, in her desperation,bruised and injured those who restrained her, and scratched off patches of skin as she grabbed at her mother's face.
During the next few years, things got worse.
Chaos reigned at Ivy Green.
Helen gobbled food from other people's plates at meal-times, threw plates and cutlery across the room, tipped the new baby out of her cradle, locked her mother in the pantry & set fire to her apron.
When she felt people's lips moving as they talked,she couldn't understand or imitate, & she would kick and scream until she collapsed.
She could not see the harm she was doing.
Although she invented signs (for ice-cream - shiver & stir: father - glasses: the baby - suck thumb)and could find her own clothes in the laundry, her violent outbursts increased as she grew unchecked. Many of the family wanted her put into an institution, and Kate grew desperate.
The Kellers consulted many oculists, but were offered no hope.
Only one of the Doctors thought Helen could be taught, like Laura Bridgman.
He recommended that they go to Washington, to meet a man who was an expert in the problems of deaf children and might find them a teacher.
That man was Alexander Graham Bell, the inventor of the telephone, whose mother & wife were both deaf. 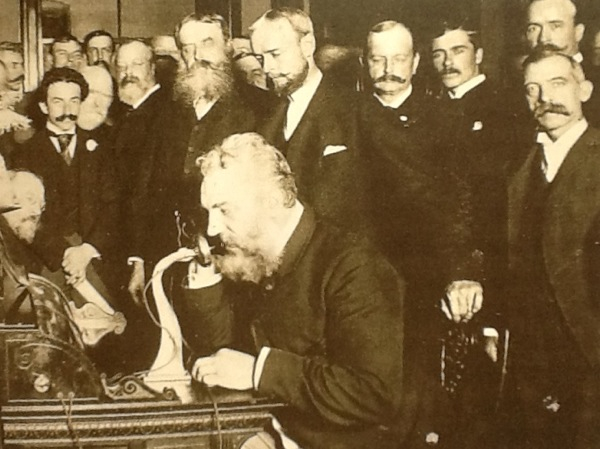 Later Helen wrote,'I did not dream that interview would be the door through which I should pass from darkness into light.'

It was,indeed, this famous scientist who opened the way for Helen.
He knew about the Perkins Institute, & suggested that the Kellers write to the Director, Michael Anagnos - the very man who had supported Annie Sullivan in her difficult early days,-and ask him to suggest a teacher for little Helen.
When Michael Anagnos received Captain Keller's letter, he looked over the list of recent graduates for a possible teacher.
At the top of the list, his star pupil who had spent hours spelling into the hand of Laura Bridgman was: the argumentative, brilliant, persevering, idealistic ANNIE SULLIVAN!

And so it was that, in March1887, having borrowed her train-fare, wearing an assortment of dowdy clothes & boots which were far too tight, Annie set off on a journey of 1,800 miles!
She had never travelled on a train before, or ordered a meal, & had to be shown how to button the curtains & put out the light in her compartment.
She was terrified and found it hard to sleep.
Everything went wrong on the journey - Annie missed her train at Washington & had to find a Hotel (a first for her!).
In her ugly country clothes she first tried to see the sights,but the high-buttoned boots pinched her feet & she had to hobble back to her room & soak her swollen toes in cold water.
She cried herself to sleep, & in the morning her right eye was hot and inflamed.
Worst of all, her feet were so swollen she couldn't get her fine new boots back on.
She had to wear an old pair of felt slippers for the rest of the journey, & cried so much on the train that the conductor asked if any of her folks were dead!

Kate Keller met her in a carriage at the station.
She politely tried to hide her shock as she caught her first glimpse of Helen's new teacher - bedraggled and pale, with one eye red & inflamed, a strange collection of clothes, and floppy felt slippers on her feet.
Although weary and in pain, Annie was excited and eager to see her little pupil.
At last, after a lovely drive through the green countryside, they drove up to the house.
It was March 3rd.,1887. A child was standing in the porch, waiting.
Perhaps neither pupil nor teacher had any idea what was ahead.