Before breakfast I was in the churchyard, and could smell the day's batch of gingerbread cooking behind the shop as I went through the lych-gate.
There was a young photographer in the graveyard, with macro lens and an intent expression, photographing lichen on the tombstones.
The river Rydal runs past the churchyard wall, and birdsong and watermusic filled the fresh morning air.
One of the best things about this little village is the peaceful atmosphere; time slows down, and there is room to breathe and enjoy the day. 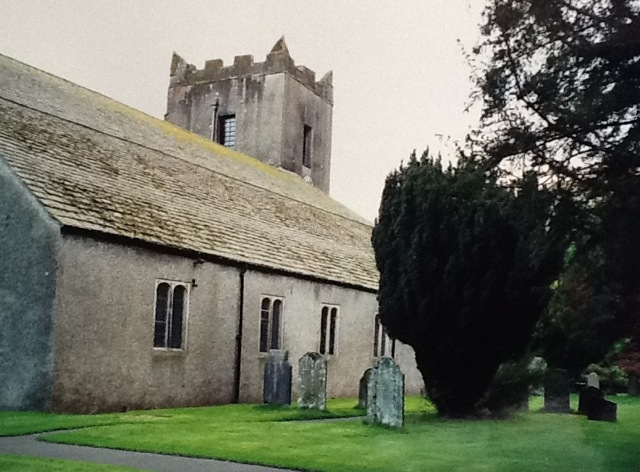 The interior of Saint Oswald's church is cool and unexpectedly beautiful - the exterior being very modest and unremarkable.
The timbered roof is particularly impressive: in fact, it covers two buildings - the second Nave, known as the Langdale Aisle,was added in 1500.
Wordsworth wrote of his own experience of first entering the church in 'The Excursion':

As chanced, the portals of the sacred Pile
Stood open; & we entered. On my frame,
At such transition from the fervid air,
A grateful coolness fell, that seemed to strike
The heart, in concert with that temperate awe
And natural reverence which the place inspired.

Not raised in nice proportions was the pile,
But large and massive; for duration built;
With pillars crowded, & the roof upheld
By naked rafters intricately crossed,
Like leafless underboughs, in some thick wood,
All withered by the depth of shade above.... 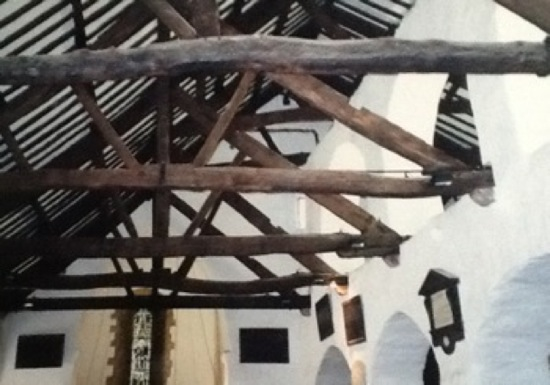 A church with such a long history has interesting detail (the poor-box is dated 1648, & there are some pre-Raphaelite windows): yet the dark,ancient timbers and whitewashed stone walls give it a simple unity. 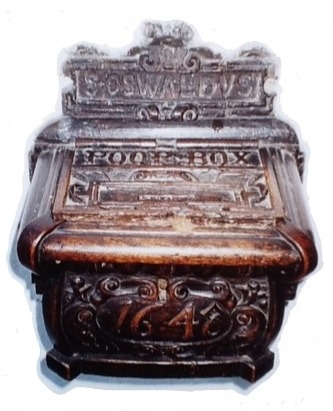 Until the early 1800s,villagers were buried under the church floor, which at 1841 was considerably lower than its present level & originally was earthen, strewn with rushes.
Every year on Saint Oswald's Day (5th August) the ancient custom of "Rushbearing" is observed.
The children of Grasmere carry bundles of rushes through the village into the church: formerly they would have been strewn on the floor to make it clean,warm and fresh. 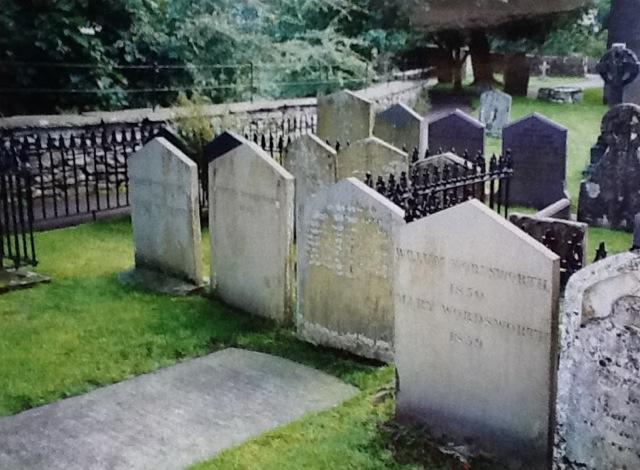 In the churchyard are some venerable trees - 8 of the great yews were planted by Wordsworth.
As well as Wordsworth & his family, the painter William Green & the Arctic explorer Sir John Richardson rest here: many of the ancient graves cannot be 'read.' 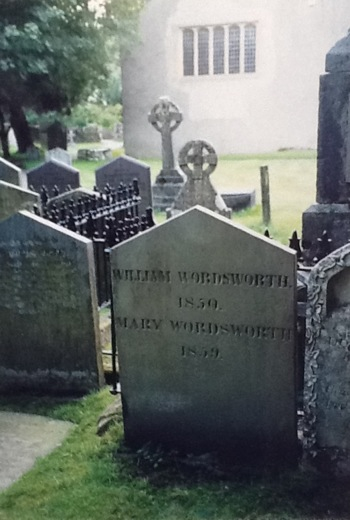 It is said that,in the early days of the village school, the churchyard was used as a playground by the children.
The churchyard birds were friendly: we fed some of them on fresh gingerbread, and a group of evil-looking crows gathered, perching on the gravestones.

Across the river we had beautiful leaf-edged views of a small restaurant, with tables waiting.

It was time for breakfast! 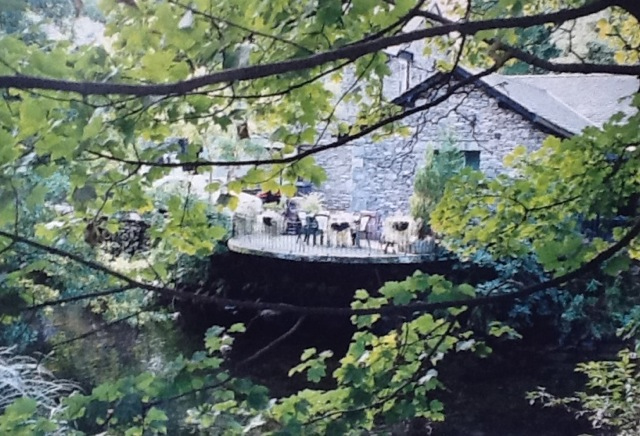