When I was a little girl, I was very proud that my Dad was a Policeman.
Policemen were important people.
They kept the world in order.
Sometimes my father wore white gloves and directed the traffic.
He always knew the way, and knew First Aid.
He had a big black cloak with lion-faces at the neck, and a helmet, and a truncheon.
I was proud when he came to the school gate or to parties to take me home (this only happened twice that I can remember!) 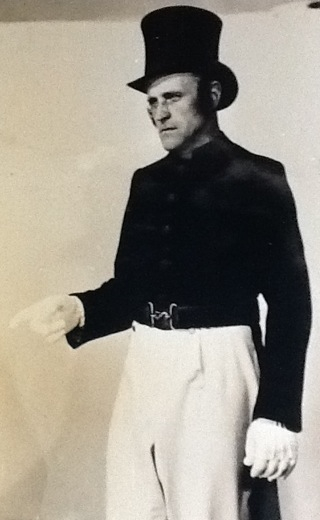 This is a picture of my Dad in costume for a Police Anniversary!

Every year at Christmas-time there was a Police Party, for children who had a policeman for a father.
My brother and I looked forward to this for weeks,as it was the best party ever.
It was always held in The Royal Pavilion,a truly wonderful Palace built in Oriental style, with domes and minarets and pillars in abundance. 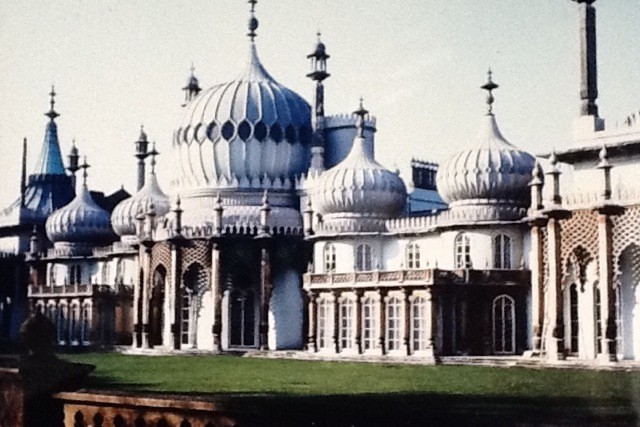 The interior is richly decorated in a chinese fashion; there are wall-paintings and life-sized porcelain figures, golden chandeliers, bamboo furnishings and staircases, gilded palm-trees, enormous jars, and lively golden serpents and dragons. 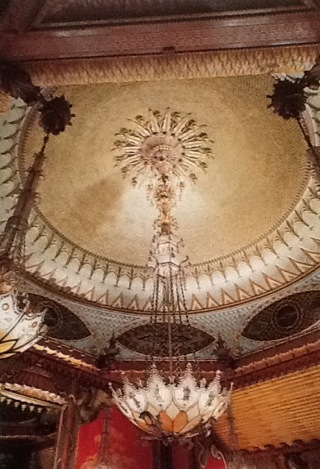 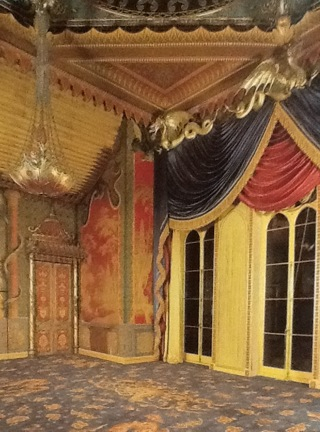 The activities - games, and competitions, musical chairs, and so on - were in the Music Room, one of the most richly decorated rooms in the Palace.
The floor was covered with a sort of canvas to protect the precious carpet from the inevitable accidental trauma involved when a large crowd of happy children made the most of the Party of the Year.