Whenever my father had weekend off-duty time, we would take a bus to Falmer, carrying a basket full of picnic food, and walk on the Sussex Downs.
These expeditions were a very important part of my childhood.
We would often make a small fire, and enjoy cheese rolls, paste sandwiches, home-made cakes and the inevitable thermos of tea with the green hills spread out in front of us. 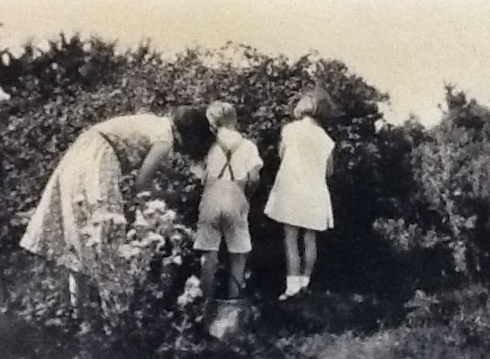 We would pick blackberries and eat most of them,and often my brother & I would search for rabbit-skulls and give them a decent Christian burial (yes,really!)
We would search for a long stick with a forked end, rest the little skull on the fork and my brother would chant churchy music and pull the stick behind him.
I would follow after him.
When we came to a sandy burrow we would bury the skull there,with some kind of prayer.
Dad told me that foxglove seeds lay dormant for years in the soil, and then, when disturbed, would begin to grow again.
I liked to think that we stirred up some foxglove seeds on our mercy errands! 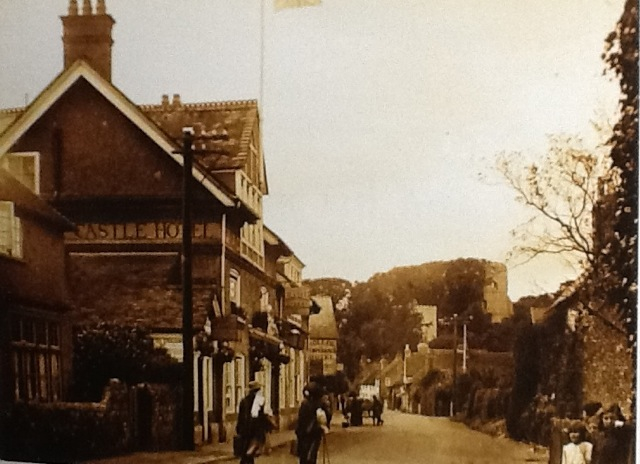 One of the villages we visited on picnic days was Bramber.

It was a pretty little spot, with flint and red brick buildings, and it held one of my favourite childhood places:
WALTER POTTER'S MUSEUM OF CURIOUS TAXIDERMY
I could not wait to get into this treasurehouse of curiosities!
Later I will write about the life of Walter Potter, who was born in 1835 and died in 1918, but I knew nothing of him as a child; I simply gazed in wonder at his work. 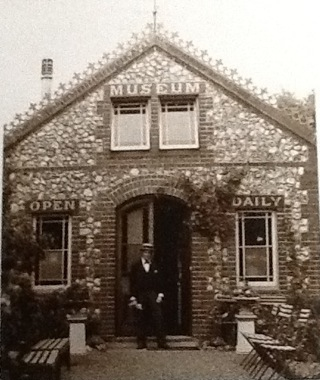 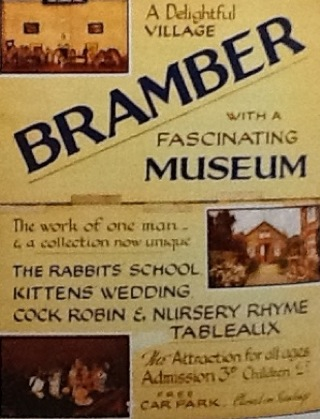 The museum was crammed with all kinds of interesting objects, but most of all I liked the glass cases, each one containing groups of little stuffed animals,one group even dressed in human clothes, and always acting out a story.
There was a wedding with a kitten bride and bridegroom and kitten bridesmaids, (this was the dressed-up scene: all the satin dresses were made by Mr.Potter's daughter Minnie and a neighbour).
The vicar was a cat,in surplice and carrying the prayer book. 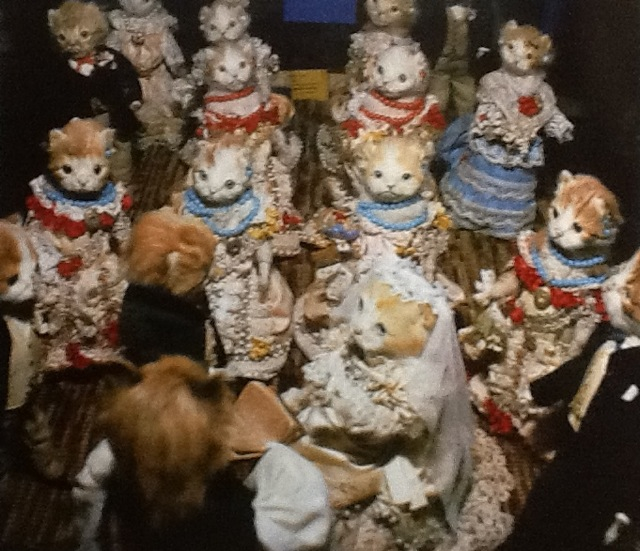 There was a school-room with fifty naughty little rabbits writing on tiny slates and misbehaving behind the teacher's back,and a kittens' tea-party. 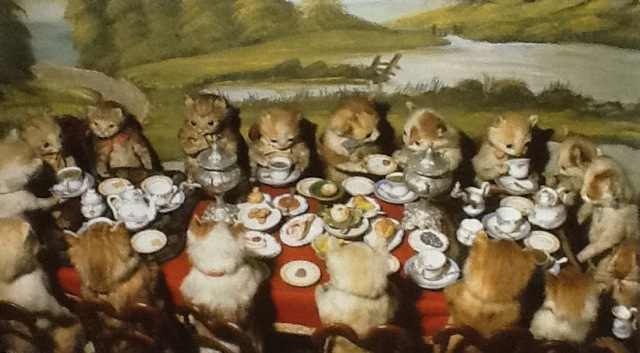 The most popular tableau was the story of 'Who Killed Cock Robin?'
This was my first port of call; I would stand for ages,looking at the familiar characters.
All the details were so perfect: the wicked sparrow had his tiny bow and arrow, the rook was ready for the funeral service with his prayer-book and white collar,and the thrush who sang a psalm wore a black ribbon. 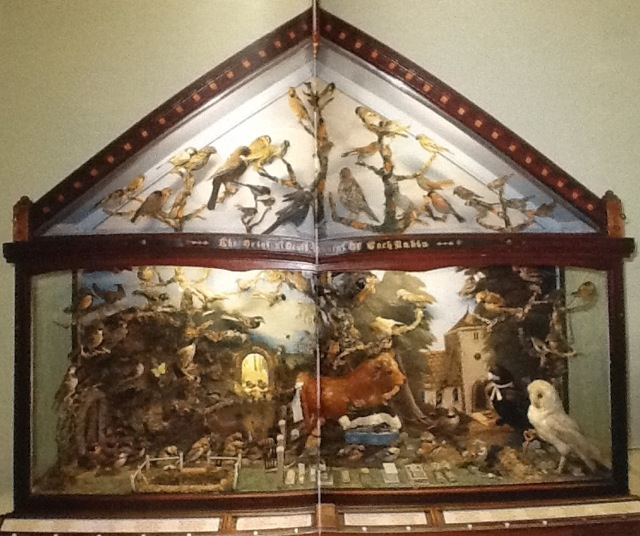 Besides the tableaux, there were many other curious exhibits, not displayed in perfect order, but arranged where room could be found; above, suspended from the rafters,was a huge flying albatross,and there were leg-irons from Lewes jail, Siamese twin pigs in a glass jar, a model church made from feathers, and a piece of the Great Wall of China.
Hanging from the walls and crammed between the cases were a collection of random exhibits, among them African spears, a large turtle, a Siamese war-saddle, East African head-dresses, a case of butterflies and moths, a menu from the Siege of Ladysmith, lyre-birds' tails, a mummy's hand, sand from the River Jordan, and a huge collection of shells. 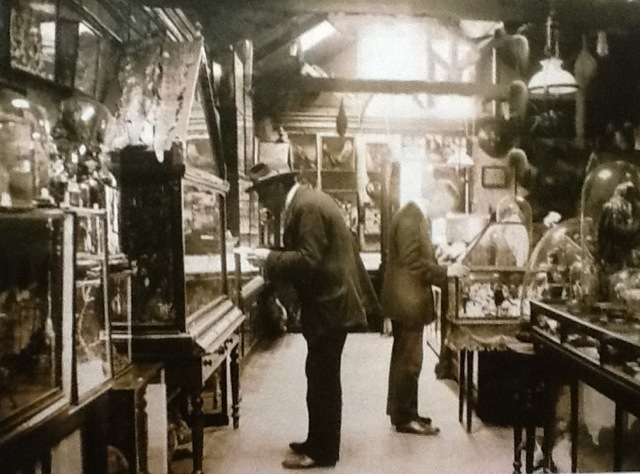 I have never forgotten my visits to this wonderful museum.
Later I shall write the story of Walter's life and the making and dispersing of the collections, but I hope you have been able to share a little of my childish affection for his extraordinary collection of oddities.
Looking round me as I type, it occurs to me that the books and objects in my house are arranged in the same haphazard way as those in Walter Potter's Museum! 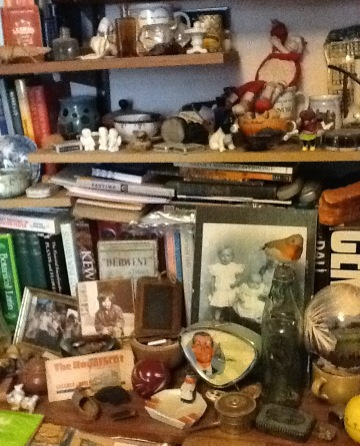