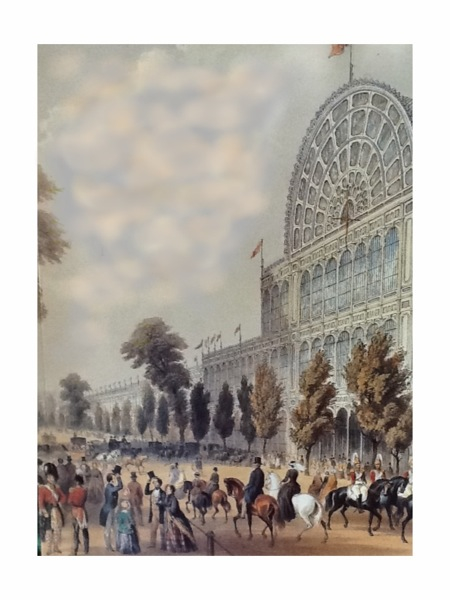 The Crystal Palace was built in spite of great opposition.
Albert needed to persevere against

POLITICIANS,PRESS & PREJUDICE
All the 'experts' came out in force against the idea of this foreign Prince's idea, largely because two groups of people considered dangerous would be pouring into London in great crowds; the capital,they warned, would be invaded by FOREIGNERS and the IGNORANT POOR.
They would bring with them:
1 DISEASE - maybe even Plague or the Black Death!
2 VIOLENCE ! This is not as odd as it seems.
The overthrow of the French monarchy, and the revolution of 1848, was fresh in the minds of the British people,and only the width of the Channel away.
Many thought that their way of life would be disrupted by mob violence,brought into the country by foreigners.
3 CRIME- many politicians expressed the view that evil characters from the underworld would all descend upon Hyde Park.
They warned of pickpockets,assassins,and burglars.
One Member of Parliament,speaking in Parliament,said: "People living near the Park should keep a sharp lookout for their silver forks and spoons & their serving maids."
Other suggestions were:
4 FOOD SUPPLIES in London would run out
5 THE BUILDING would be DANGEROUS.
Storms,hail etc.would blow it down and break the glass: VIBRATION of visitors' feet would shake it down and "The ladies inside will all be cut to pieces."
Tests were undertaken by platoons of marching soldiers to ensure that this great glass edifice was safe!
In spite of all this, the site was acquired on the 30th July,1850. 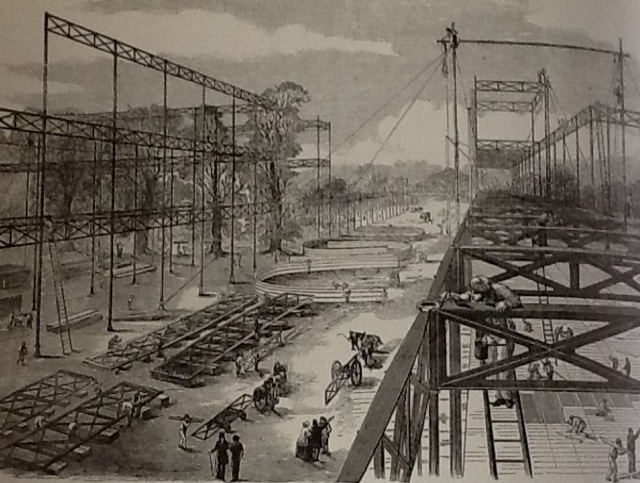 The statistics are amazing.
The work started with 39 workers and ended with 2,000.
It took 8 weeks to level the ground and lay concrete foundations, which are still there,with over 34 miles of iron drainage pipes.
There were NO CRANES,and there was none of our modern hoisting equipment.
Ropes,poles and teams of heavy HORSES raised great iron columns & these were tested for weight-bearing(up to 22 TONS!) on the spot. 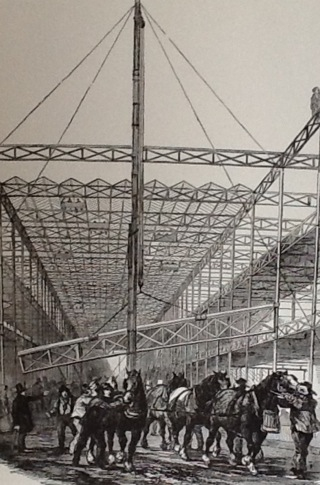 No scaffolding was used, as each level of the framework made a base for the next.
All the pieces of the framework were designed to fit together.
All 16 main ribs of the roof were fixed in ONE WEEK.
293,655 large panes of glass were needed- trollies ran on wheels along tracks high up on the roof,& carried men & glass.
They whizzed along,fitting panes as they went.
In one week 18,932 panes were set, and they were plate glass,developed for this project. 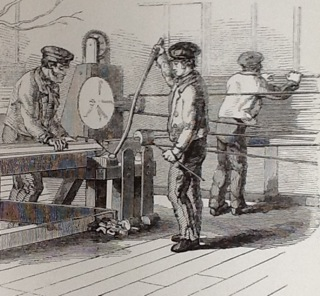 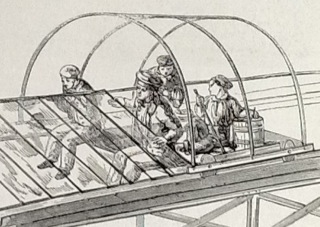 The main building was completed by December - in only 20 weeks!
Prince Albert brought 250 gallons of beer for the workmen!

Next time we shall go inside the building, learn about some of the wonderful exhibits,and find out if the visitors lived up to the fearful prophesies about their behaviour!
< PrevNext >