On Saturday, May 8th,1965, there was an article in The Daily Worker based on a talk I had given at a National Conference a week before.
My brief had been 'Experience with a Remedial Group of Secondary Girls,' and it was my first attempt at public speaking at a National level, although I had been the speaker at a number of meetings in my area of London.
My clearest memory of the day was the excellent cauliflower cheese I had for lunch!
I was contacted after this by several groups, and spoke at County Hall and one of the Oxford Colleges.
I really enjoy public speaking, and dont experience any anxiety,so the talks I give now, largely on aspects of Victorian society, give me a great deal of pleasure. 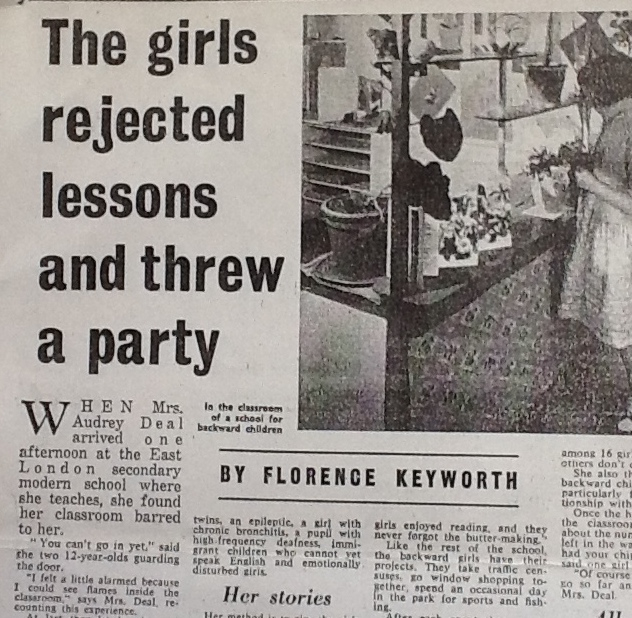 Directly after my talk, the reporter approached me and we spoke for a while.
The article which followed was, like most newspaper articles, not absolutely accurate in every detail, but I was surprised that it appeared at all.
What mattered to me most was that my fellow-teachers, struggling with the same problems, found my ideas helpful.

It is very important that children leave school as confident, independent young people, able to think for themselves, to organise, to find information, to work with others.
Too often teachers are looked on merely as information providers.
How can a teacher possibly provide enough information?
We have to show our children where and how information can be found.
My aim was always to give children access to information, and to develop in them the abilities they all already possessed.
Ideas and activities should ideally stimulate them.
If school is dull and repetitive, children will be frustrated and misbehave.
If lessons are interesting, children will listen and learn...
I have always been delighted when pupils show initiative, and organise projects of their own.
Sometimes this has meant a disruption of the timetable, but it indicates that the youngsters are able to function without adult supervision, & for me that is an excellent thing.

It was one of those occasions I described at the conference.
I arrived at my classroom one afternoon to find that two girls were on guard outside the door.
Through the glass panes of the door I could see flames, so I was slightly alarmed! 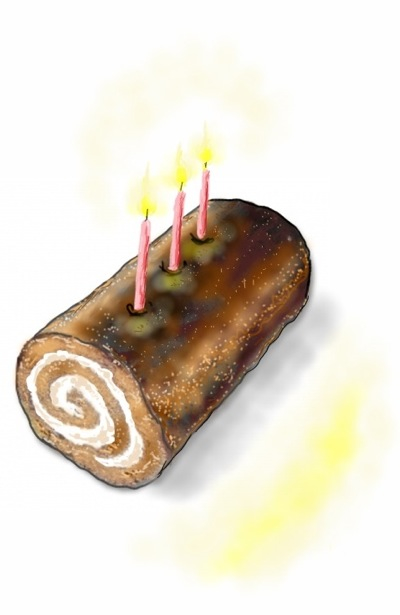 When I was allowed in, I saw that the room had been carefully arranged for a party.
As I had been greeted with the "Happy Birthday" song, I knew that all the preparations were for me!
On the blackboard was a drawing of a Donkey, not perhaps anatomically perfect but recognisable.
A cardboard tail was ready to be attached by some blindfolded individual.
My table was laid with a cloth ( no doubt provided by Cook ), and there were cucumber & fish-paste sandwiches ( definitely provided by Cook, who had a soft spot for my remedial class ).
In pride of place was a chocolate swiss roll, into which pink candles had been jammed.
They were lit, and I had to point out to the committee afterwards that this could have been dangerous.
A list of party games had been prepared, and after I had rescued the register from its drawer and called the names we had a very happy afternoon.
The event had been carefully planned and well carried through, and I felt they had done well.

Another occasion when pupils made decisions for themselves caused rather more disruption.
I was tutoring a fourth-year group of girls, some of whom were in their last term at school.
One day fifteen of the girls were absent by afternoon registration. 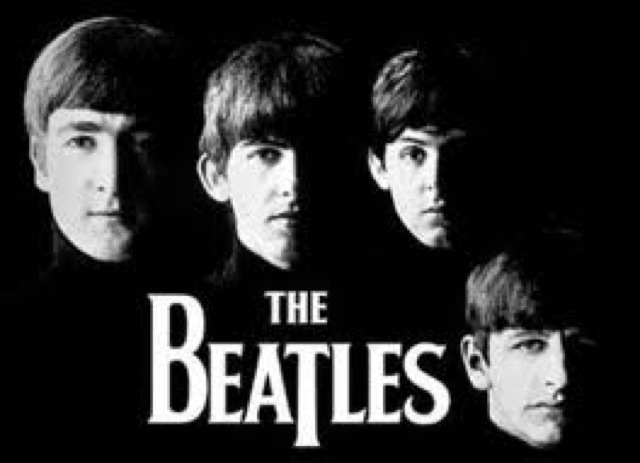 They had registered at nine o'clock and then left on a planned outing,carrying a large cardboard box which contained a chocolate cake in the form of a beetle.
They were going to Heathrow to meet
THE BEATLES!
They had ordered the cake from a local bakery, saved their fares, dressed in their best and travelled with their gift to welcome their idols back from their latest tour.
When met the following morning with the expected disapproval & retribution, they were cheerful and willing, but did not fake sorrow.
They had achieved their goal (although they were unable to hand the cake over in person, it had been taken for them by a minder) and been part of the crowd of fans.
The arrival was reported in all the papers, and they had been there!

The staff were divided about the expedition; most thought the girls should be severely punished, others (of whom I was one) felt that they deserved at least some credit for the organisation of the affair.
In fact, they were set extra work to cover what they had missed in class, and required to write a 500-word essay in breaktimes describing how they had arranged & spent the day.
But I could not, in all honesty, really disapprove of their initiative.
In my heart, I was proud of them......
< PrevNext >