We Climbed a Mountain 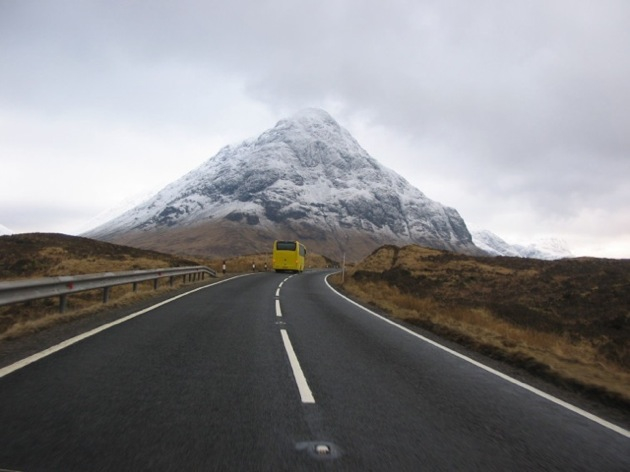 Perhaps the highlight of our caravan holiday in Scotland was the day when we climbed Ben Nevis.
By 'we' I mean my 71-year-old father, my young daughter, George, the two boxers, and me.
My father was a fenman, and although he was a soldier in the first world war,so did actually 'go abroad', he had never, until this holiday, even SEEN a mountain, so he was up for the challenge of climbing one.
And not any mountain, the biggest one in Great Britain!

Looking back, I can't believe we didn't take the project more seriously.
We didn't take sandwiches, just a huge slab of Kendal Mint Cake.
We didn't even take special clothes or boots.
I dont think we even took water. Nowadays noone even goes to the shops without water!
It took us four hours to get to the top, and three to get down again.
Big Ben is 1,344 metres high,and 4,409 feet above sea level. 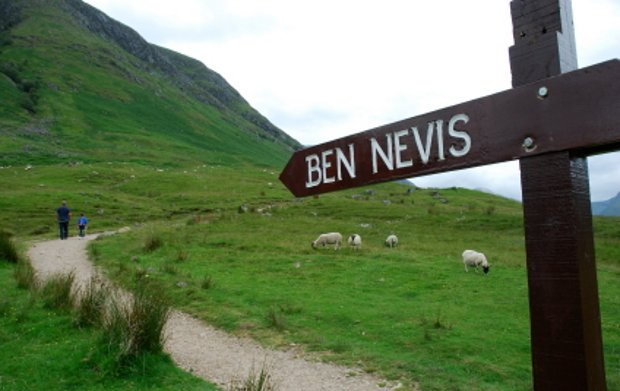 We set off at about ten, full of enthusiasm.
The dogs were bouncing about as usual,enjoying the fresh air and green space.
We were going to take the 'Tourist Track,' which begins with a series of zig-zag paths, gently ascending. 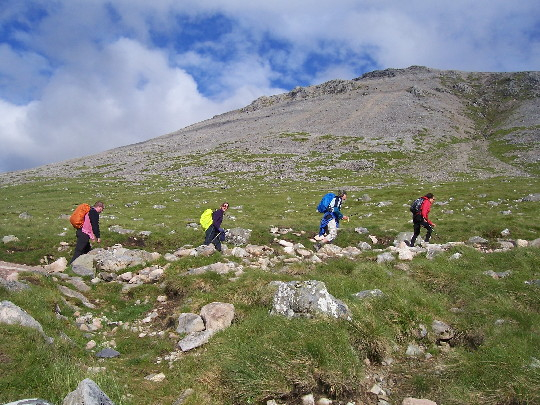 The paths are rough and stony, and at first the climb seems easy: but after an hour and a half, when the summit is apparently no nearer, and the view not over-exciting, some of the enthusiasm begins to evaporate.
The only course is to keep going, and that is what we did, plodding purposefully onward and upward.
It was not a dramatic experience,just a test of determination.
Luckily, there is a lot of that in the family genes!

Three hours later, we were still doggedly trudging on.
People passed us going downward, looking very smug indeed.
The dogs were noticeably less enthusiastic, and had stopped running ahead of us.
As we approached the summit, we gained strength,but the dogs were really tired.
In the end, George CARRIED them the last three hundred yards, one at a time.
They were given a lovely drink of water by some co-hikers, who had been admiring my Dad 's courageous efforts.
They shared tea, too!
Typically, Dad took pictures of us at the summit, but there is no record of what was for him a great achievement. 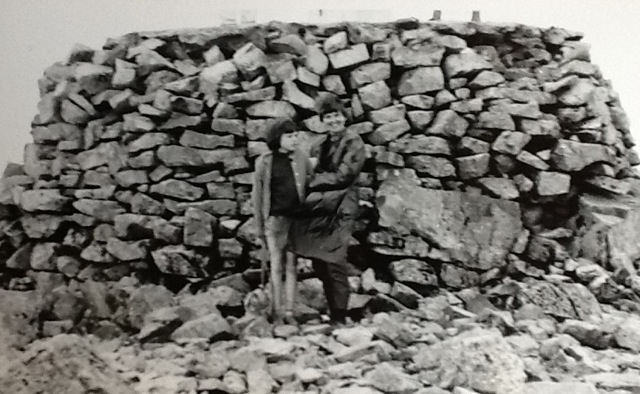 Poor Mary looks chilly in her shorts!
Dad took a small piece of stone from the top, and wrote on it the date of our conquest, in his neat black handwriting,varnishing it for protection.
It was on the mantelpiece in the Front Room as a souvenir.
I have it now. 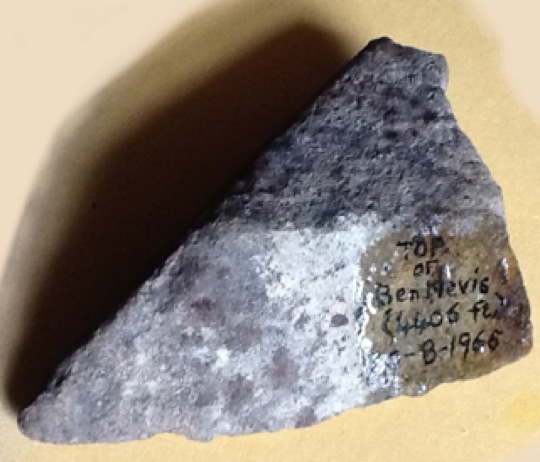 Going down a mountain is much easier than climbing up, and part of the way, where there was snow, I slid down on my mack-- a bit bumpy, but fun!
The dogs were rested but obviously tired.
They slept that night in the van as usual, but when George opened the back doors to let them out in the morning they gave him a look of reproach and refused to budge!
It was as if they were saying, "If you think we're going up that mountain,
THINK AGAIN!" 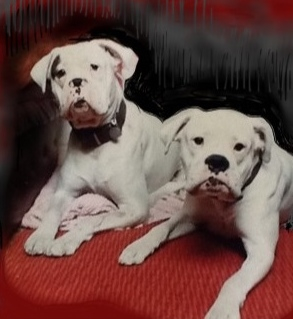 They were a bit quiet that morning, but back to their usual boxer enthusiasm by the afternoon!
< PrevNext >