When I was able to travel and climb steps, I went every Sunday to All Hallows by the Tower, and for three years was leader of the Sunday-school.
This is an angel from the porch of the church. 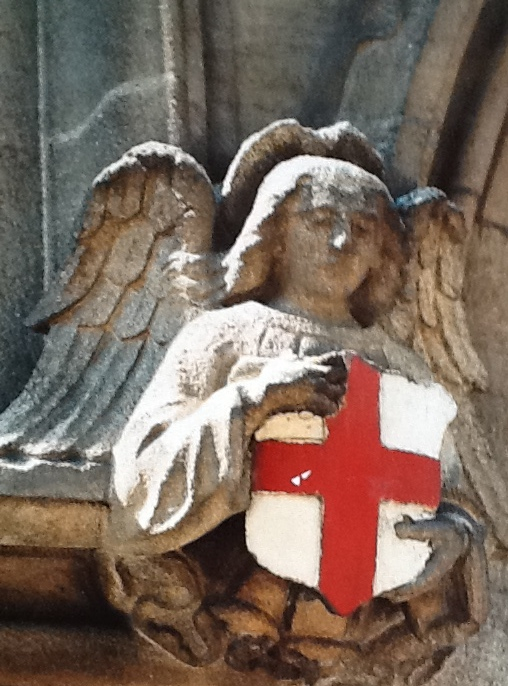 Some of the children lived in the Tower of London, where their fathers worked as yeoman warders, and this was the beginning of my very happy relationship there as a volunteer, drawing and occasionally teaching for the Education Department.
The paper doll of the Queen and her coronation robes was used by the Tower folk,and so were the jumping jacks of Henry V111 in his armour.

Every year we had a Sunday-school Outing, and one year we were guests of the Tower.
We went on a Raven Hunt, had a lovely lunch, and, best of all, were all CROWNED, using the replica crown jewels!

The replicas are very valuable, and we had to wear white gloves to protect them.
We went into the lecture-room, Liz Denton ( the Education Officer) told us about the different crowns, and every child was able to wear one of the crowns. 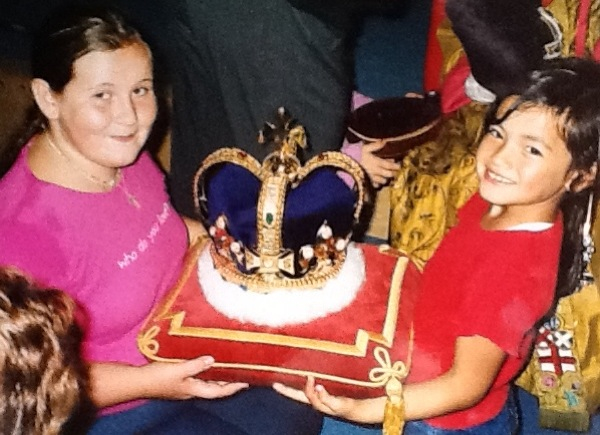 Fiona even wore the Imperial State Crown and held the Orb and Sceptre! 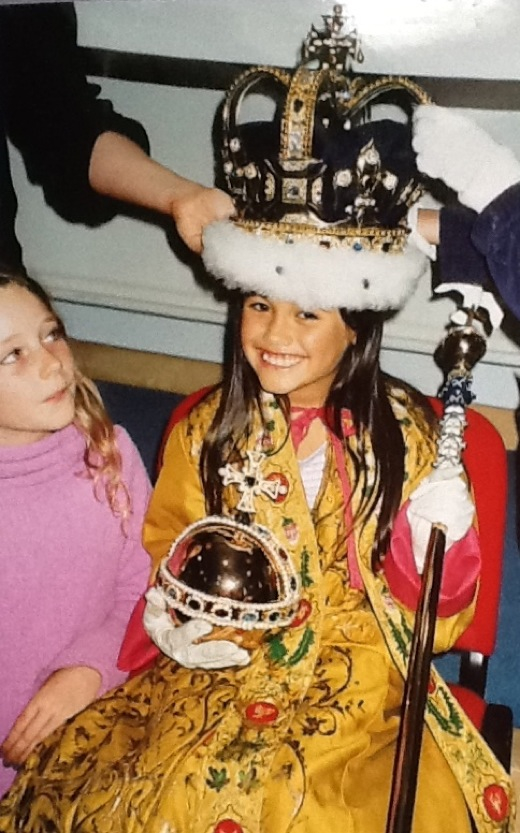 The children called out, "Vivat Regina!" as each one was crowned.
We saw other crowns,too.
Queen Victoria had a special little crown made,and that was very popular. 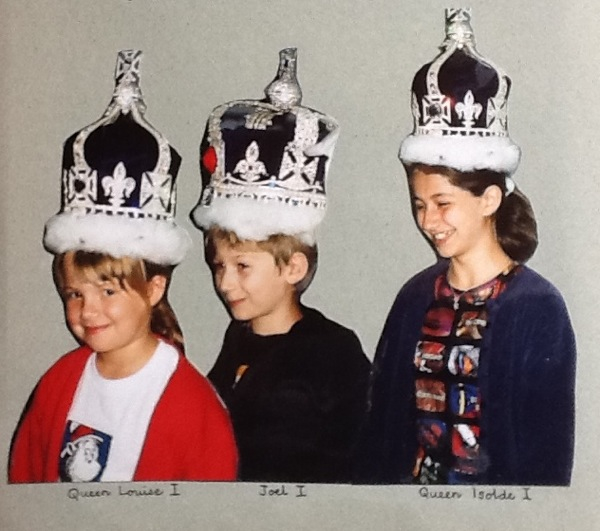 When I was crowned, I felt very grand! 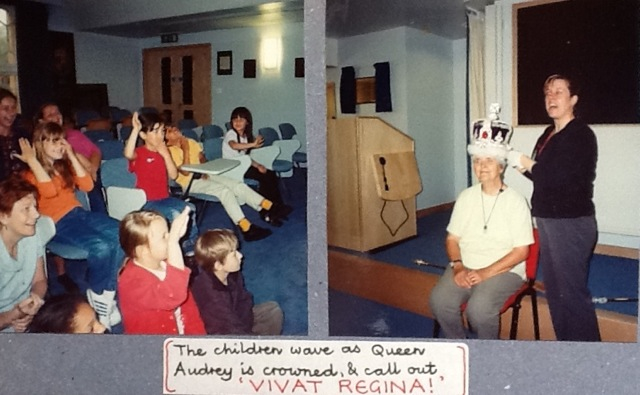 At the end of the day, we went to one of the little terrace houses in the Tower where the children live,and I took a picture of them. You can see how happy we all were! 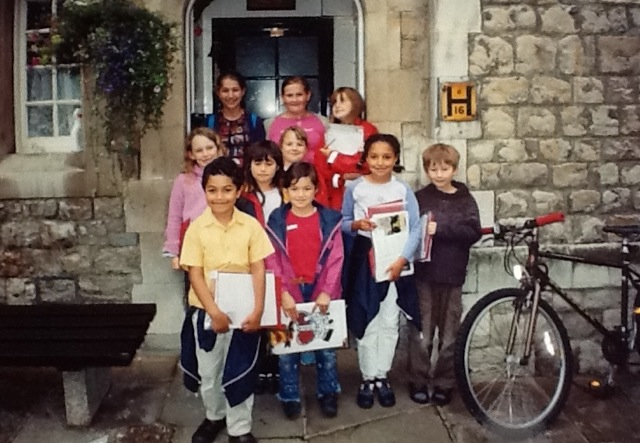 I WAS PUT ON A POSTAGE STAMP!
Much later, Royal Mail advertised a new project, called 'Smilers.'

The idea was, that if you were prepared to pay a little more you could have one of your own photographs( a baby, a pet dog, a rose, scenery, whatever you liked) made into a stamp!
A real stamp!
The only thing you had to do, was choose one of the Royal Mail designs which would have the Queen's head on it and would be next to your photograph.
I didn't think much more about this, but Liz rang me from the Tower one day and suggested that I could wear the replica robes and regalia and be a Queen for the stamp!

So one day I went up to the Tower,and she dressed me up and photographed me.
The photographs were really good!
I sent them off, and a few weeks later my stamps arrived.
This is what they look like. 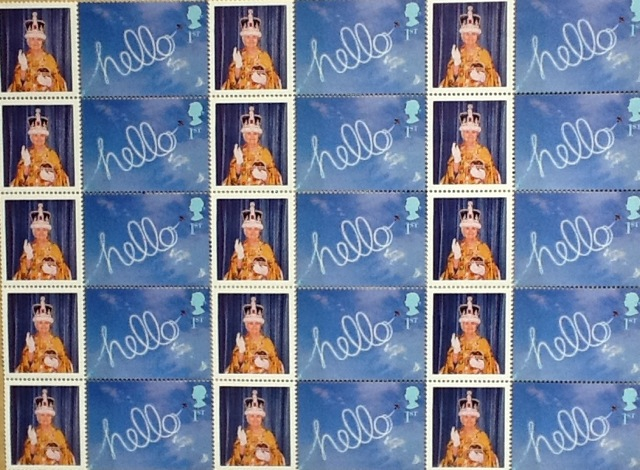 Do you recognise the picture?
< PrevNext >