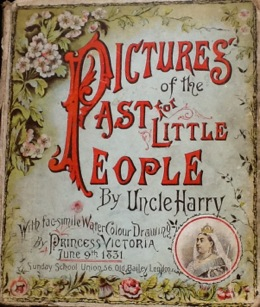 I have a dear little book, called "Pictures of the Past for Little People", which was printed in 1887 to celebrate Queen Victoria's reign on her first Jubilee.
It is full of stories about the Queen when she was a child, and tells of the night when she became Queen(she was only 18 years old) and of her coronation day. 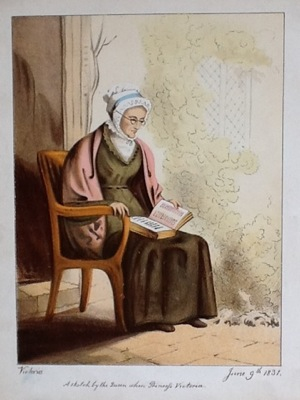 She drew this picture when she was twelve years old.
It was painted for a bazaar, sold for charity and bought for ten guineas(a great deal of money in those days).
She always enjoyed painting and music.
There are many sketches and paintings in the royal collections, some of her own children (she had nine!).

In this book are many pictures of her when she was a Princess. She would often ride in Kensington Gardens on a favourite donkey, with a nurse and a veteran soldier to attend her. 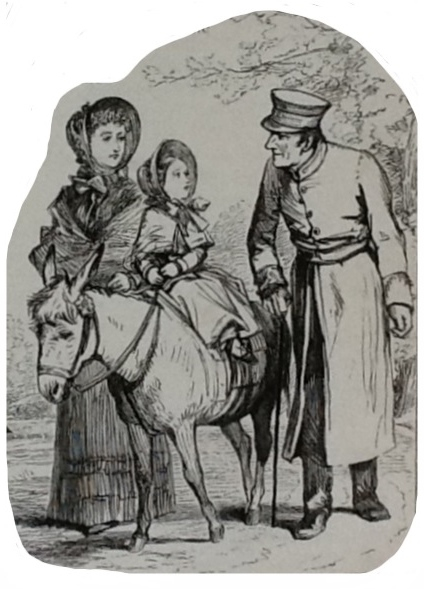 Here is an early photograph of the dairywoman's house at Ramsgate, the seaside resort where Princess Victoria spent her holidays as a child.
She would stop here on her morning walk, and the cow would be milked especially so that she could have a drink of fresh milk. 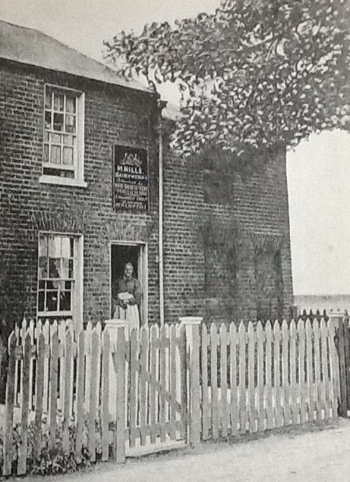 Here is a picture of the Queen's coronation in Westminster Abbey. 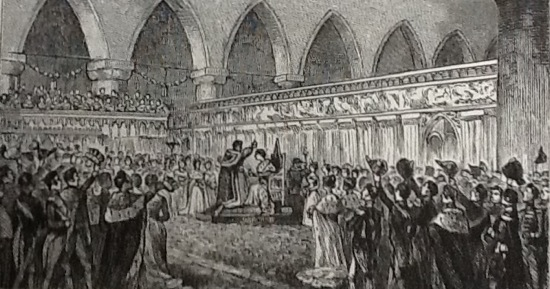 All over the country there were celebrations, and that night , the writer of the book says, there were "grand illuminations." He writes,"I went from south-east to south-west; how I got through the great crowds that night I scarce can tell, but I was well repaid for my trouble, for it was a splendid sight.
Some of the devices contained as many as 20,000 lamps of various colours.
Even a small star cost three guineas, and many thousands of pounds were spent in doing honour to our good Queen."


According to the book,all over the country schoolchildren were taught this Jubilee song: 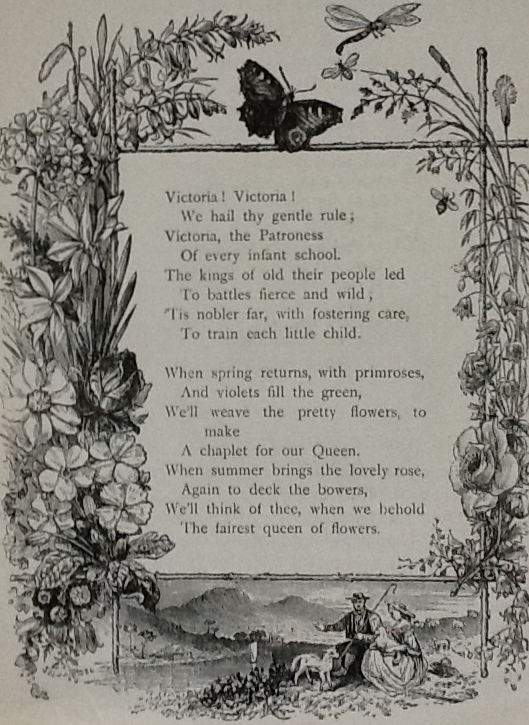 The Queen was married in 1840.
She always kept a diary, and wrote about the crowds who lined the streets; "Our reception was most enthusiastic, hearty and gratifying in every way; the people quite deafening us with their cheers, horsemen,etc., going along with us."
When they reached Windsor, the boys from Eton College all turned out, and ran with and behind the carriage right up to the castle,cheering and shouting 'as only schoolboys can.' 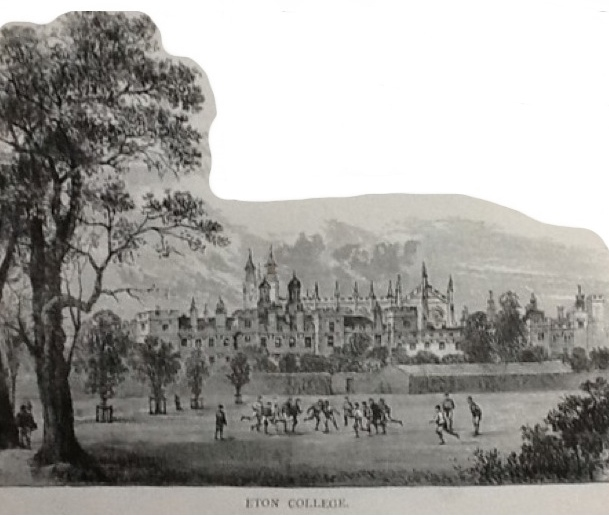 One of 'the great benefits to the country' in Victoria's reign mentioned in the book is the Penny Post (long since disappeared!) which was the idea of Sir Rowland Hill. Steam, electricity and sewers were not mentioned! 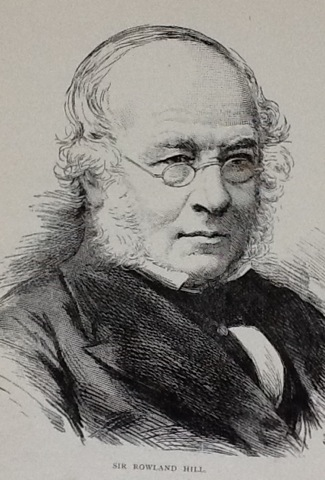 In its beginnings, postage payment was the responsibility of the recipient.
A little maid-of-all-work could write to her parents,and it was up to them if they paid to read it.
For those days, this was very dear: for up to twelve miles fivepence, and for greater distances as much as elevenpence.
In 1839 this was changed, and for one penny, paid in advance, a letter could be sent to any part of Great Britain and Ireland.
At first there were several posts a day; when I was a little girl, there were two, and stamps were twopence. 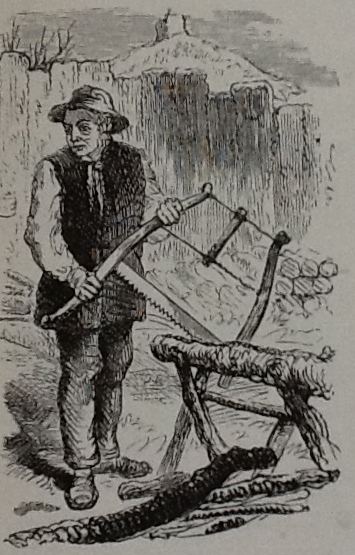 One of the stories in the book is about Queen Victoria's kindness to her people.
It is called 'The Hurdle maker and the Queen', and tells how she was once overtaken by a hailstorm whilst on a walk near Windsor, and took shelter in a shed.
A man was there making hurdles, and she began to talk with him about his work.
She asked him if he ever saw the Queen, and he said no, but he would give a good deal to see her.
The sun began to shine again, so she bid him farewell, but told her attendant to give him a piece of gold,and tell him he had seen the Queen now.
From then on he always called her 'MY good Queen Victoria.' 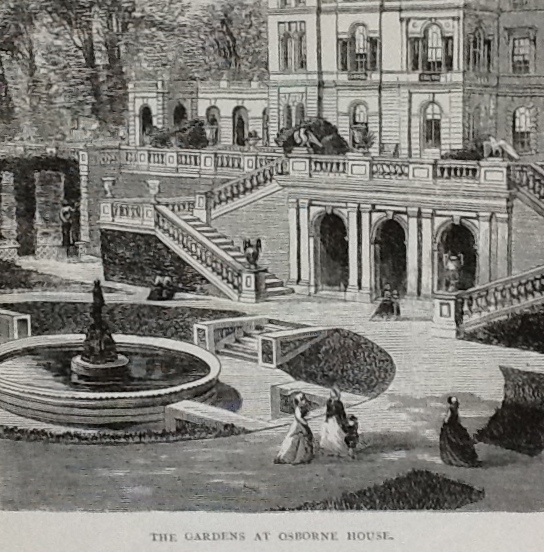 One of the Queen's favourite residences was Osborne House on the Isle of Wight.
Often the Royal Family would spend a holiday there.
The princes and princesses had little gardens of their own, and in the grounds was a cottage which was given to them.
There the girls would cook and make jams and pickles, and the boys would learn carpentry. 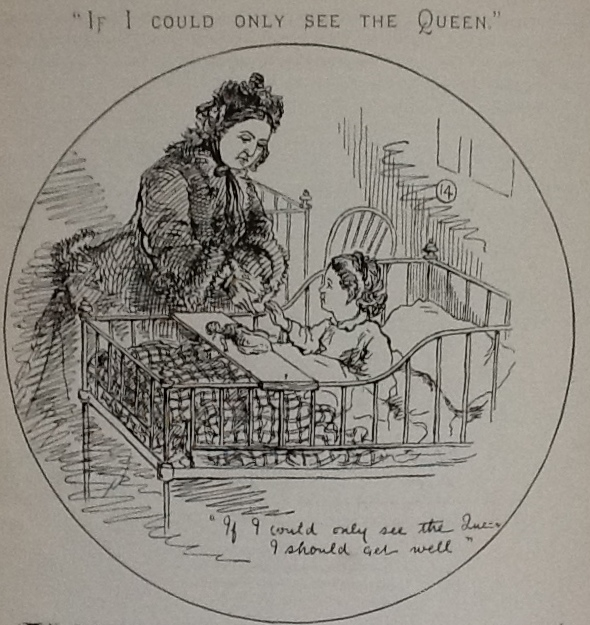 There are many little stories in the book,but my favourite is this one.
The Queen was visiting the London Hospital (still there in the Mile End Road).
As the royal party moved through the wards, a little girl, who was very sick, begged her nurse to let her speak to the Queen.
"If I could only see the Queen,"she said, "I know I would get well."
the Queen spent some time with the child, but we are not told if there was a miraculous cure! 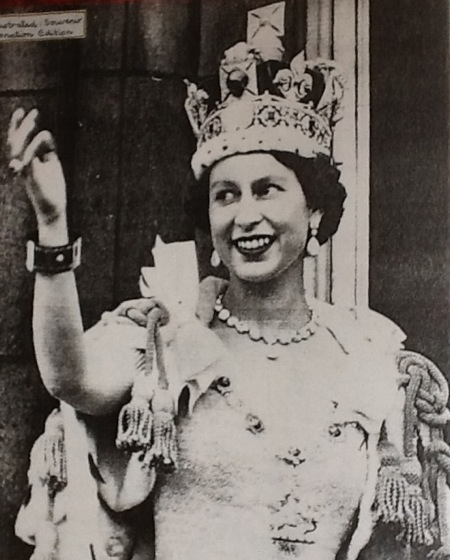 This week we celebrate our Queen's Jubilee.
She has spent sixty years of her life in the service of her people,visiting the sick, opening Parliament, travelling all over the world, talking to world leaders and people like you and me.
Every single day she has a box-full of state papers to read and sign.
She has to smile and listen and care about it all.
I am glad I am not a Queen!
But I am grateful for all she does,every day.
< PrevNext >