In the late forties, when I was at College in Putney, it was years before the Clean Air Act of 1956, and although we were far from central London there would be times when thick fog would descend over us and it would be difficult to see one's way.
Even inside buildings it would be misty grey, and there was a special smoky smell everywhere, rather like Bonfire night, and hair and clothes would seem to breathe it out. 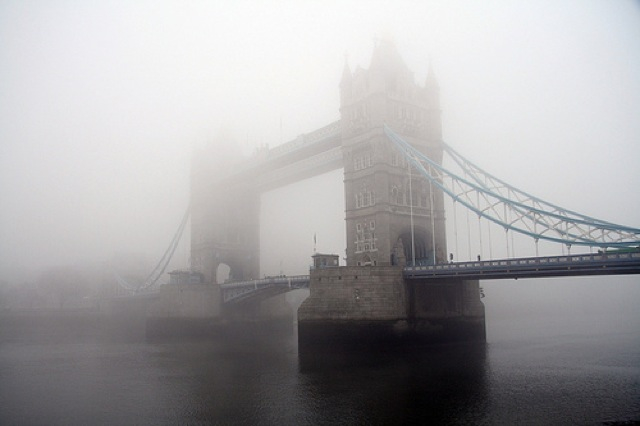 On Tuesday evenings I had to travel to Bromley for my needlework course, and I was reluctant to miss any of my lessons, so when one day it was clear that fog was descending over the area I set off as usual.
I reached my destination through the murk,and although the class was poorly attended was glad I had made the effort, but as I left the building was alarmed to find that visibility was minimal.
I was glad to find, when I arrived at Bromley tube station, that the trains were still running. 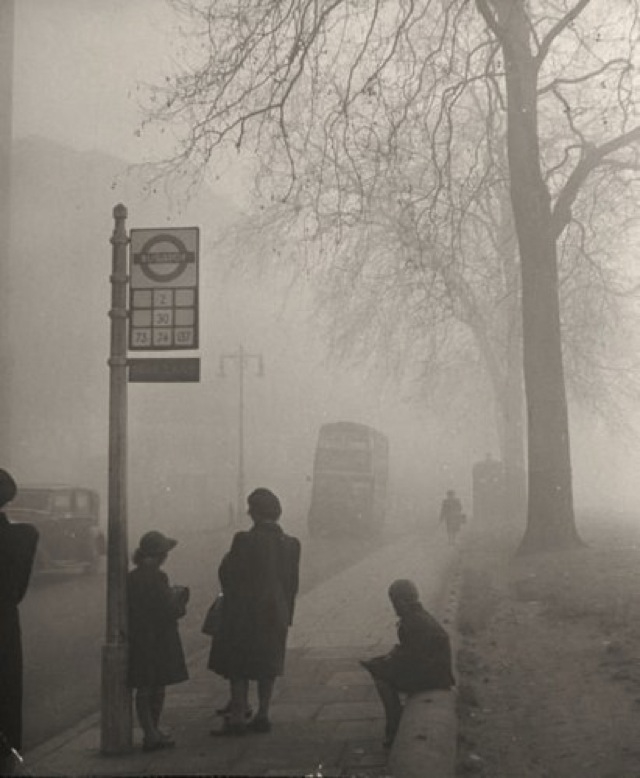 When I left the train at East Putney I really began to panic.
It was as if I had a black woollen blanket hung in front of me.
Quite literally, I could not see my hand if I held it before my face.
Outside the station is a high, sloping bricked wall on the righthand side, and I kept my hand on the wall and when I reached the end kept it there, turned right and waved my left arm to the right until I met the hedge.
Then I proceeded slowly on, keeping my right hand in contact with the hedge, feeling along gates and remembering my way.

It was quite a long walk to West Hill Road, and I had to cross a little bridge over a stream first.
I remember that sound was muffled, as well as sight ; there was no traffic to speak of, and when I reached the main road I had to leave the security of the pavement and step out into the unknown.

West Hill is a wide,major road and I had absolutely no idea where the College Gates were,simply that they were 'over there', in the black abyss.
It was some time before I could gather the courage to move forward.
I listened, but could hear nothing.
I stared into the darkness, but there was no glimmer of light.
I had no confidence, no sense of direction.
Perhaps I would not find the other side?
Would I walk in the middle of the road until I reached Richmond Park?

Finally, my heart beating like a steam-engine, I went into the unknown.
I seemed to be walking for ages,(in circles, for all I knew), and all the time I was listening for clues about my surroundings,and looking down hopefully for the kerb.
After what seemed like an eternity I felt a downward slope, and was relieved when my feet felt the stone edging of the opposite pavement.
I had crossed a major road, virtually blind, and arrived safely!

Now I had to find the College Gates, which were set back from the road, as were all the large houses there.
I moved to the grassy verges and felt my way along them, waiting to find a gravel entrance path I could recognise, and eventually came 'Home.'

I was so glad for a hot bath to wash away the bonfire smell! 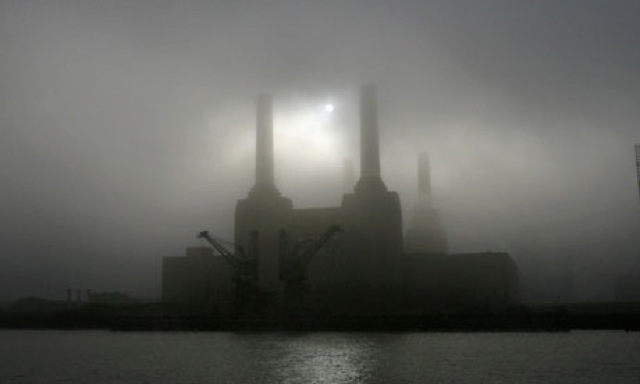 It was not until London's Great Smog of 1952, when there were 4,000 premature deaths and 100,000 people became sick,mostly with bronchitis, that people became aware of the damage air-pollution could cause.
From the 5th to the 12th of December weather conditions(a period of cold,still air) meant that a thick,dark yellow-grey blanket of smoke and fog(SMOG) settled over the city.
I remember well that people only left their houses with scarves wrapped round their faces, and that it was as if bandaged mummies were walking about the murky streets,not speaking, appearing and disappearing in the darkness.

here is a London Policeman trying to light the way for a bus! 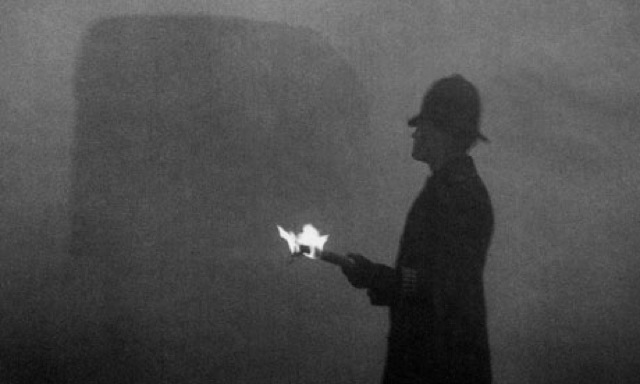 Today, thanks to the Act, we breathe fresher air, and the thick fog that frightened me is no more!
< PrevNext >