Many years ago I found this letter on the floor of my classroom, and have kept it ever since because I thought it was quite touching.
Whoever the girl was (and I am sure it was a girl) she had put such care into its construction, cutting out the letters, printing the message, secretly delivering it and spending the morning lessons in worrying about whether or no he would keep the tryst.
It is a brave statement of her feelings, and I hope she was not rebuffed.
It is hard being a teenager. 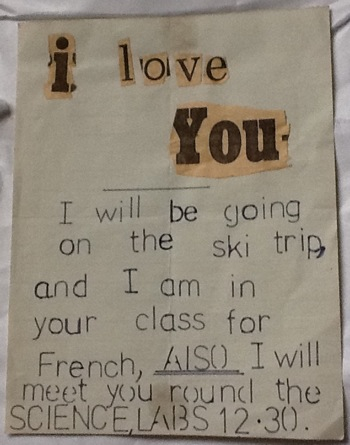 Love is so important.
Being loved can strengthen and empower you.
All kinds of sickness and adversity can be borne where there is love.
When I found the little note(I was looking for something else in my file) I thought of the girl who wrote it, and went on to think of other love tokens I have known.
Hence this short article.... 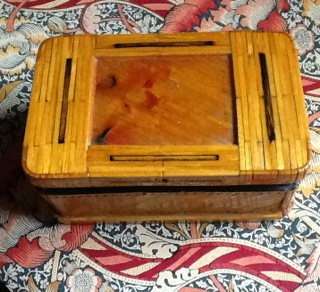 The next token is a box.
I found it in a charity-shop.
Like the note, it was made with care and planned with love.
It is based on a metal box,maybe a toffee-tin, which has been covered in matchsticks, glued on in patterns and varnished.
The matchsticks vary from cream to dark brown and black: some have been trimmed, some are full length. 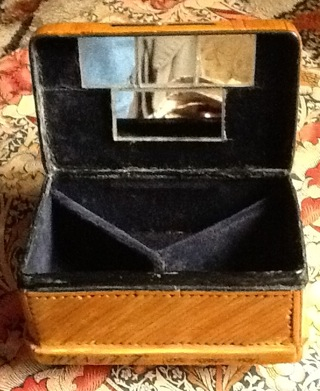 Inside there are divisions, possibly for jewellery, and little mirrors.
The lid does not easily close, and once closed it sticks tight, maybe because the metal edges of the tin have been painted black.
I particularly like the bottom of the box; the pattern is very neat. 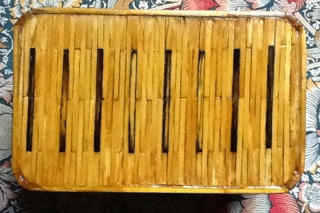 The maker of this dear little love token has found a place to write his feelings on. 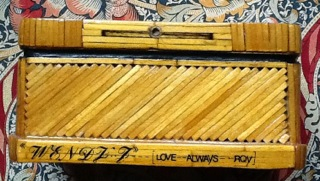 I bought it because it seemed sad that the young lady had given her token away, after all the effort put into its creation.
I hope they did not quarrel and part.

The last two tokens are over sixty years old,and were written on the same day.
They may look very unimportant, but they hold great significance for me.
On East Ham Tube Station, when George and I first met at East Ham Dramatic Society, there was a grey-green machine, a bit like a weighing machine, which for twopence would let you stamp out an aluminium label.
I could not find a picture of the exact machine on the internet, but this is a red example. 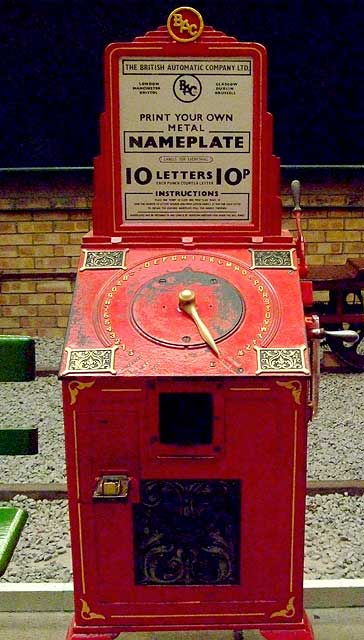 George stamped a label for me, and I stamped one for him.
He put my token in his wallet, and there it stayed for the rest of his life, with a photo of me. 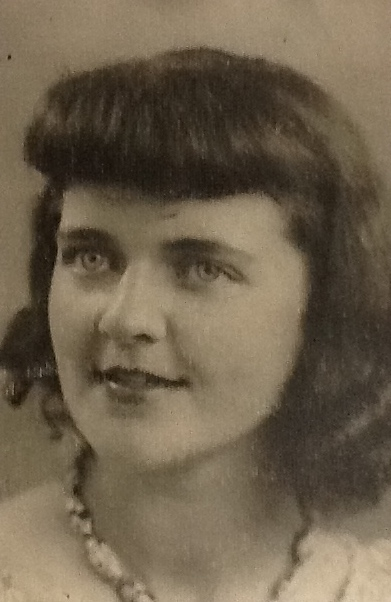 When our daughter was born, he added a picture of her.
The label I gave George is in a dreadful state.
At one stage it broke,and he decided to sellotape the two bits together; hence the sticky yellow-brown colour.
The label he made for me was safely concealed in a special place in my china cabinet, with other treasures, and did not suffer from travel and wear.
Now they are together there, tokens of our love, none the less meaningful because they only cost us fourpence!

I never had an engagement ring, but I still have the only two letters G. ever wrote me ( we weren't ever apart, unless I went to my family with Mary,and left G. working) and the little purse calendar with our wedding date ringed in Biro.
These, then, are my love tokens. And not a single diamond among them! 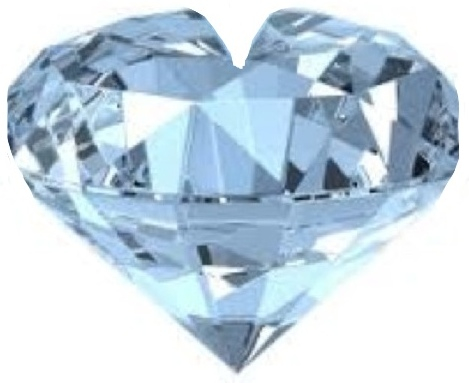