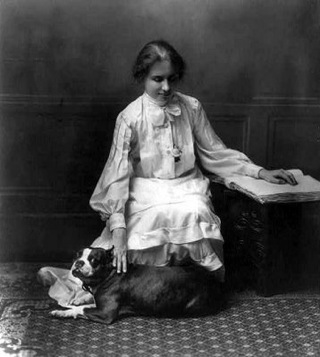 Annie realised that Helen needed to learn through the senses that had been left to her as well as through the language she was learning by hand.
She took her little pupil outdoors, where there were lessons everywhere.
Helen could soon name flowers by their shape & scent; she held a baby piglet, felt the cotton growing, built dams & bridges by the stream,sat astride a horse, put her arms round a tree.
And all the time words were being fed into her hand. By June, 1887 she knew 400 words! 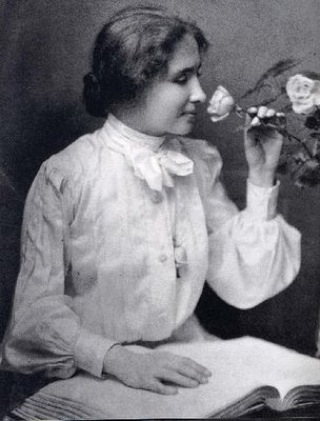 Helen seemed unstoppable. Soon she could write letters, using a wooden board with grooves. Here is one of her letters.... 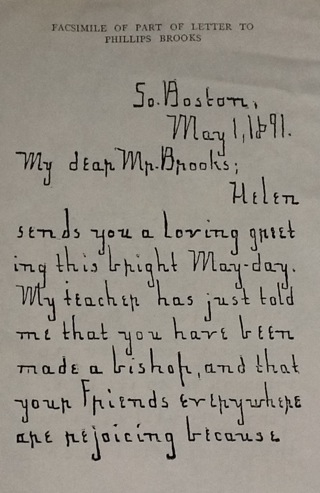 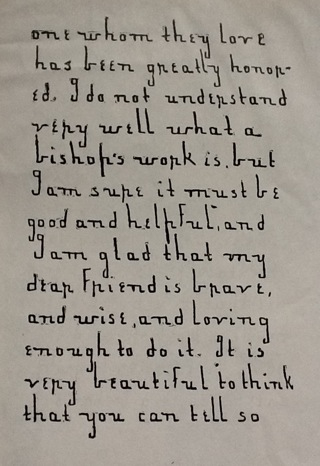 Remember, she was only 11 when she wrote that letter!

In March, 1888, one year after she met Annie, she began a diary.
This is one of the entries:
"I got up, washed my face and hands,combed my hair,picked three dew-violets for Teacher and ate my breakfast.
After breakfast I played with my dolls for s short time.
Nancy was cross.
Cross is cry and kick.
I read in my book about large,fierce animals.
Fierce is much cross & strong & very hungry.
After supper I played romp with Teacher in bed.
She buried me under pillows & I grew very slow like tree out of ground.
Now I will go to bed. Helen."

She was 7 years old, totally blind and deaf, & had only been taught for one year.
No wonder people called Annie 'The Miracle Worker'! 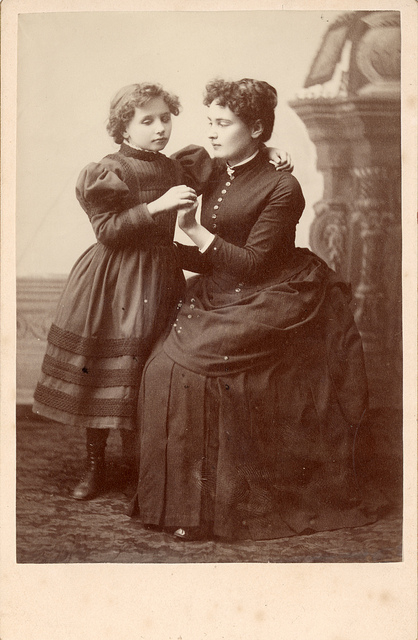 During the next few years Annie continued to offer Helen all the new experiences she could.
She took her to an Iron furnace -- feeling the heat, Helen asked "Did the sky fall?"
She took her to a large church & asked the organist to play: Helen said she could "feel big waves of sound beating against her like a little boat in the sea." 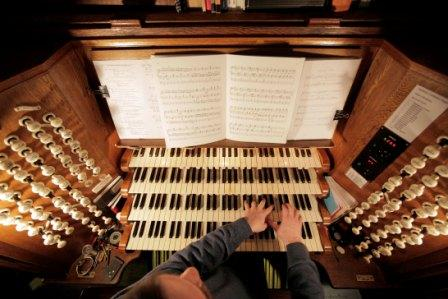 Helen went to a circus, hugged a tame bear and felt the ears of a giraffe.
She rode horseback & felt the spray of Niagara Falls.
Annie took Helen by train to Washington, where she met the President( she was to meet many famous people -- Charlie Chaplin,Mark Twain,the Pope, King George & Queen Mary,& many more). 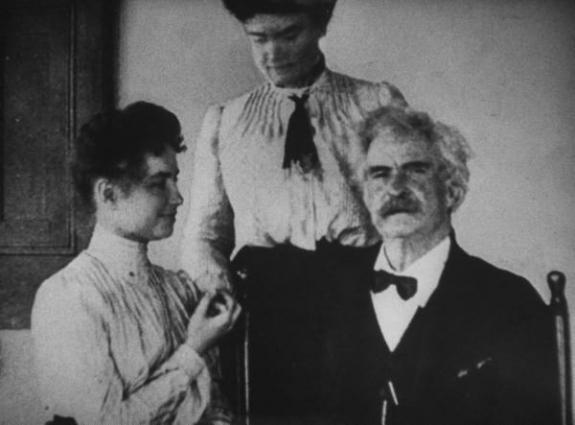 Here she is with Mark Twain.


At 16, Helen entered Cambridge College to study for University.
The headmaster later said that no student of his had ever prepared in so short a time.
At this time she was studying Greek, Latin, French & German, as well as Roman History, Physics, Geometry & Astronomy, English Literature & Mathematics.
It was not easy for a deaf-blind student to cover course-work.
Very few study-books were published in Braille: for Geometry Helen had to have a special apparatus for constructing the figures she could not see, and her typewriter had a special cylinder for Greek.
And at lectures it was Annie, with her poor, sore eyes, who read and spelled out text-books in languages she did not understand.
At Radcliffe, the women's section of Harvard University, Helen took 17 courses of study including Economics & Philosophy.
When it came to taking her final examinations, Annie had to be sent away & a University official spelled the questions into Helen's hand.
Helen typed her answers so perfectly that they were given a place of honour in the University Museum.
Helen was awarded a Bachelor of Arts Degree with Honours. 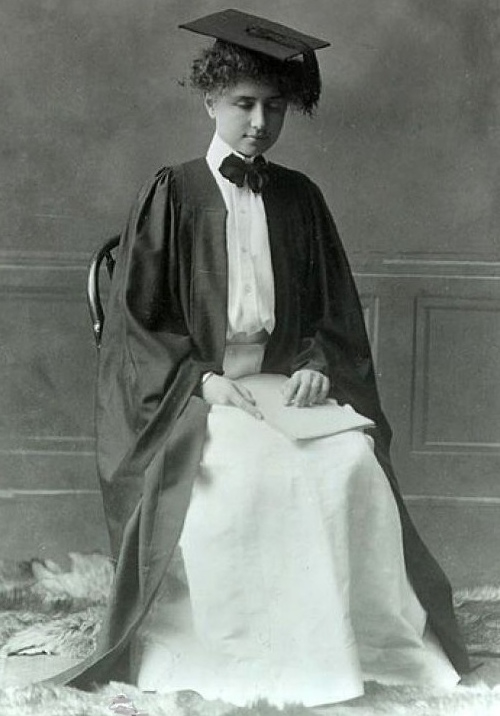 I would need hours to tell you even half of what Annie & Helen achieved.
Helen wrote a number of books, campaigned for the ending of capital punishment & for the Woman's Vote & worked for the Commission for the Blind.
Together Helen & Annie travelled all over the U.S.A lecturing about their wonderful story, raising money for the American Foundation for the blind.
But Annie's sight was getting worse.
One of her eyes was removed, and she was almost blind.
An operation on the remaining eye failed, and in 1936 Helen's beloved Teacher died.
With Helen at her bedside, holding her hand, Teacher died on October 20th., 1936.

Helen wrote: " Annie Sullivan was my guardian angel.
She has given me the best years of her womanhood.
Slowly,slowly out of my weakness and helplessness she built up my life.
Noone knew better than she that life falls short of what we should like to make it. But such as it is, she built it." 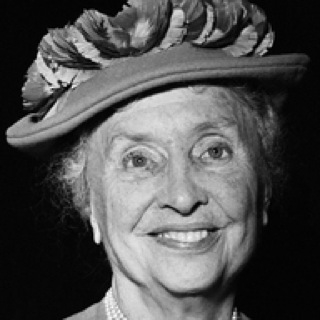 A friend who was a sculptress presented Helen with a cast of Annie's hand.
The thumb and index finger formed the letter L, which stood for love.
Helen's life would never be the same.
But she would continue to write, travel, campaign and inspire....
Even more in Part 5.
< PrevNext >