The Yorkshire Soldier: an encounter with death

This story follows the article about the concert we gave in 1942 in aid of the wounded soldiers who were taken to our local(Brighton) hospital.
We were almost teenagers, and it was a very exciting part of our War Effort.
We felt we were really helping, and it is hard to explain how important that was when the news was not good.

After our initial visit we saw the Canadian soldiers in the hospital every week, and took with us wartime treats I cadged from neighbours; sometimes an egg,or pears from the tree in our garden,the occasional magazine or bar of soap.
People gave what they could, although there was not much to share.
At least, some of us visited every week.
One after the other the girls dropped out,and eventually I was the only one left.
And of course,the young men began to heal,and were sent off to different camps to rejoin their regiments.
After a month or so the only regular visitor was me,and the only injured soldier left was the young man from Yorkshire.
I had slowly got to know him as he recovered from a variety of operations,many removing shrapnel from his body.

I took Mum's big wicker shopping-basket every Sunday,with whatever I could gather for him.
He had no family nearby,and was quite lonely I think,so it broke the monotony for him.
We got to know each other quite well,and once,I remember, I painted him a birthday card.
I had no money for a present.
He continued to be very unwell,and was always pale and thin.
I never saw him in a chair or walking about.

One Sunday I walked up the hill with my basket as usual, waited in the crowd outside the hospital gate,and then made my way to his ward(he was in a small room on his own).
Nobody spoke to me,and noone thought to warn me of what I was about to find.
I was,after all,only a child,not even a relative.
I had no importance in the scheme of things.
I reached the door to his room and stopped dead. 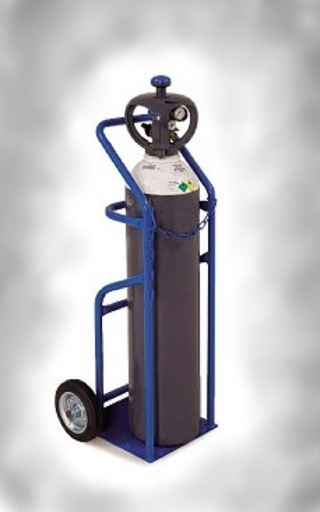 He was lying on his back,arms at his sides,pale and still,eyes closed.
There was an oxygen tank standing beside the bed.
The room was bare,and he was just part of the furniture,unable to speak or smile.
I had no idea what to do,and there was nobody to ask.
I put the basket on the windowsill, and left. 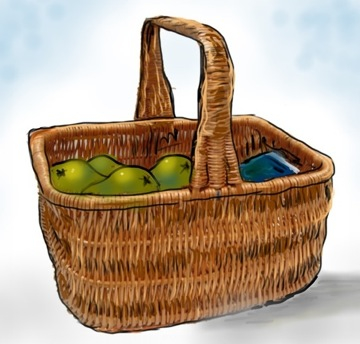 I found myself walking more and more quickly, until by the time I reached the gate I was running.
I was running away.
I ran all the way home,over the hill,down Bear Road and into the home stretch.
When I reached home I was gasping.
Down the front steps, through the front door.
I shut it behind me and leaned back against it.
I saw his pale face again, and cried bitterly.

Mum came out of the kitchen,her face questioning me.
"He's dead," I said. "He's dead."
I was devastated,absolutely.

But I was quite wrong.
He wasn't dead,just recovering from another operation.
The next Sunday I got Mum's wicker basket back.
The usual pattern of Sunday visiting continued for many weeks; he continued to be very weak and unwell, but inevitably he was eventually sent home.

One Sunday I visited, and he was not there.
I did not know who to ask.
I don't know if he ever really recovered.
I cant even remember his name.
I think he would have been invalided out of the army; I hope he survived and grew strong.
< PrevNext >