When I was researching for my coronation articles, I was surprised to learn that the beautiful red and purple cloaks worn by the Queen were made of pure silk velvet. 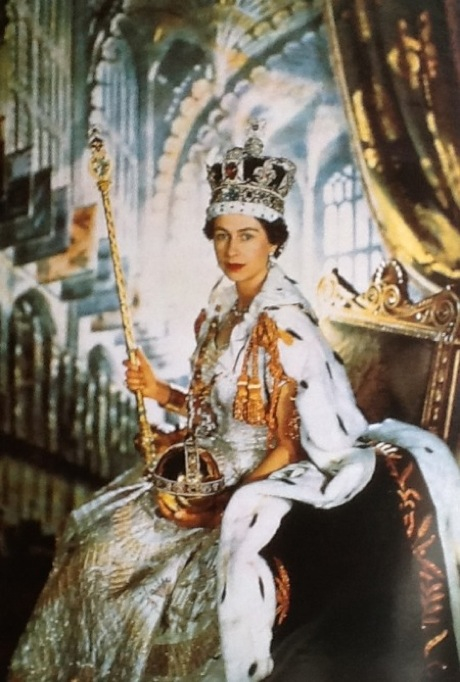 I was even more surprised to learn that the silk was not from China or Japan, but from a British silk-farm.
And much later, in a charity shop, I was delighted to find a little booklet written by the lady whose life work has been the development of that very silk-farm!
I find this a very interesting story....

First, a little history.
The ancient method of using the silkworm cocoon for spinning & weaving originated in China, and has been used there since at least 3,000 BC.
Chinese silkworm stories are part of their mythology.
One legend says that a benevolent God ordered the silkworm to produce a golden thread to delight the hearts of mankind.
One of their proverbs says, "Patience and perseverance turn mulberry leaves into the silken robes of a Queen." 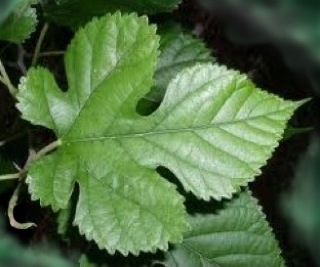 In about the 3rd century BC silkworm eggs and mulberry trees were taken to Japan.
Sericulture did not reach Europe for many more years.
In AD 551 two monks smuggled some silkworm eggs from Persia, and took them to the Emperor Justinian.
During the Crusades, the Venetians brought back eggs and mulberry seed,and the foundations of the silk industry of Italy were laid.
Early in the 13th century Pope Gregory persuaded Italian silk weavers to settle in France, near Lyons, but it was 200 years later, when refugees from the Italian Civil Wars settled in large numbers in Southern France, that the French silk industry began to flourish.
Kings of England have tried, and failed, to introduce sericulture to Britain.
James I ordered thousands of mulberry trees from France, but the project failed.
In 1718 George I became very interested,& granted a patent to a John Appleton for silkworm rearing.
Many people took up this venture, but later import duties on raw silk were drastically reduced, and the experiment failed.
The writer of my little booklet, 'Lullingstone Silk Farm,1932 - 1955,' kept silkworms as a child,and vowed that one day she would rear them on a large scale. 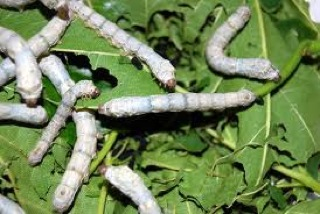 Certainly she had no idea how difficult this would be, but over the years she dealt with war, disease and natural disasters and succeeded in establishing a sound business, providing silk and silk velvet for several Royal Ceremonies....
There was a great deal to learn.
She did not know how to import eggs,or how to store them,or how to prevent disease.
She had only a little hand winder to reel the silk, and did everything in small amounts.
Everything was a first!!!
First she cleared out a large attic.
Her husband made wide wooden shelves to run along all four walls.
Having no idea of numbers, she went to a large London Store and bought five thousand eggs at a horrifying price.
She hatched them out in May,slowly, using a tiny oil lamp to raise the temperature.
All this was by guesswork.
At that time she had no mulberry trees, so when the eggs hatched she had to beg mulberry leaves from her friends.
She observed her newly hatched worms carefully as they grew. 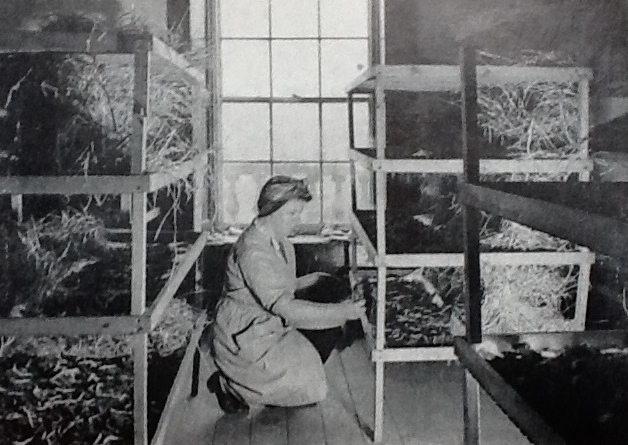 As they approached maturity they became translucent, like grapes, and were restless, and kept trying to climb upward.
She was warned by these signs, and made little trusses of straw,bending them at the top to make arches.
The worms climbed up into the arches and spun their cocoons, which she reeled on her little home-made hand winder.
During the early years of the silk farm, there were many difficulties.

In 1934 the worms died in thousands, apparently after being fed slightly fermented leaves.
She also moved some of the worms to a separate room to help the more backward ones,and found that they disliked the change, and wandered about instead of spinning.
Problems also arose with the 'stifling' of the cocoons.
It was an unpleasant fact that each chrysalis had to be killed before the emerging moth would eat through the silk of the cocoon and spoil it.
This was done by putting the cocoons into a large baking oven, because they did not have a proper scientific stifler,so the temperature was not even.
Even worse, there were so many cocoons she could not keep up with her little winder, so she sent them to Italy.
There was duty to pay,as well as freight and the cost of the reeling. 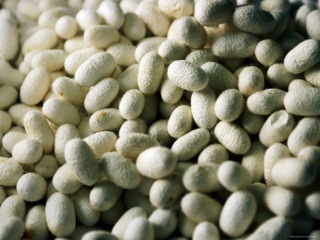 Luckily, in 1934 she had a letter from a complete stranger,an Irish lady married to an Italian and living in Milan.
She was invited to see for herself how silkworms were stored in Italy.
There she was treated with great patience and friendliness, and was able to purchase several machines for her farm; a modern reeler, instruments for testing and weighing the silk, and a machine for stripping the cocoons.
Finding the machines complicated to use, she asked if one of her workers could be apprenticed in Italy for a few months.
Not only did they agree, they taught her for five months entirely free!

Queen Mary visited the silk farm in 1936,and was deeply interested in everything she saw.
Her visit led to a connection with the Royal family.
The farm was asked to produce English silk velvet in 1937 for all the Royal Coronation Robes,and satin for the dresses of the Queen and the little Princesses. 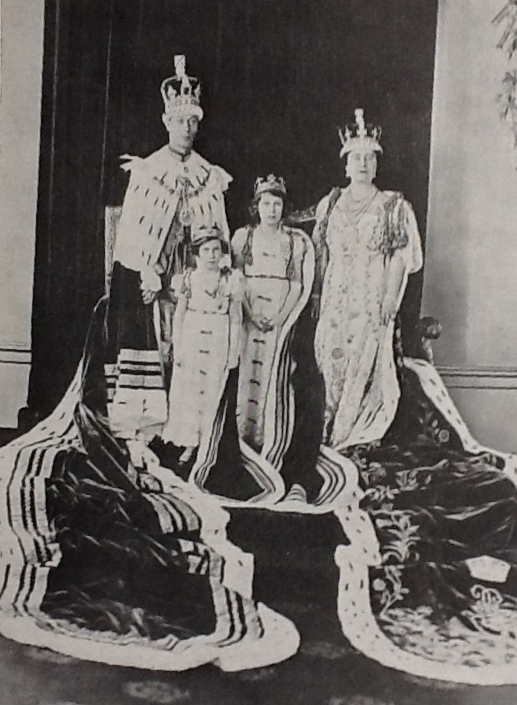 Lady Hart Dyke's husband was a great support to her as the enterprise grew.
She still only had one professional reeling machine, and was finding it hard to keep up with orders.
By now she had ordered and planted fifteen thousand mulberry trees!
He had been a draughtsman, and planned to redesign the old machine and make three new ones before the year was ended.
Day by day he pursued his aim, and by the end of the year his wife had four new machines, planned by an Englishman, part patented, and made by English firms.
The output of the farm was quadrupled!
In 1947 it was announced from Buckingham Palace that Lullingstone Farm silk would be used in the train of HRH Elizabeth's wedding dress.
What was very special about this was that children who had been to the farm sent their cocoons to be included in the silk.
Only the perfect ones were used; this idea was to be used again, for an even grander occasion..... 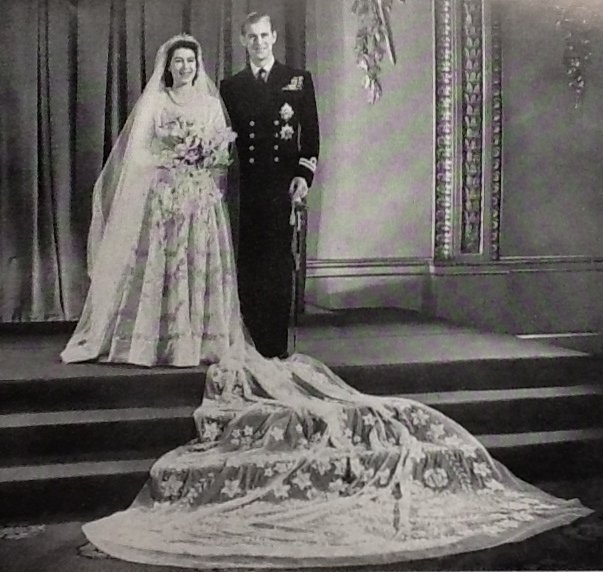 When Princess Elizabeth became Queen, there was much speculation about her future Coronation Robes.
Would they be made with English silk?
In due course it was confirmed that the silk velvet for both red and purple robes,and the satin for the linings, would be from Lullingstone.
What the general public did not know was that some of the cocoons sent in by children all over the country would be part of the Royal Velvet!
Here is a skein of Royal British silk. Something to be proud of! 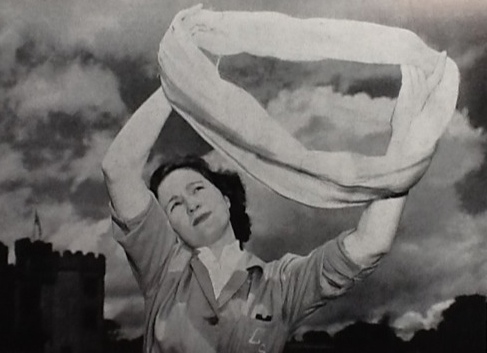 What a wonderful achievement from a young girl's dream...
< PrevNext >