One of my charity shop finds is described on its cover as an 'irresistible book.'

Cecil Beaton wrote about the author in Punch: "Mr. Winter wittily and endearingly conjures up life in the country in that era which ended with the First World War."
The book is a collection of early photographs, found in county archives and personal collections, and in one case, as glass plates, used to protect lettuces from the frost!

They show villagers at work and play,and give a very good idea of the joys and hardships of victorian countryfolk.
It is a miracle that some of these old negatives survived.
The Smithy picture was part of a large collection of glass negatives left in the cottage of a 19th century photographer after his death.
The new occupant had no interest in photography, but did not want to waste the plates, so he used them as cloches for his lettuces, pushing them into the earth along each side of the row and placing some along the top.
Sadly, when they were discovered, only a few were undamaged.

Even more amazing was the survival of the priceless negatives at Lacock Abbey,in Wiltshire,which are the very earliest.
It was at Lacock Abbey that the negative-positive process of photography was invented by William Henry Fox Talbot.
He made the first photographs, in 1834 and 1835, with a camera developed from a camera obscura.
His negatives were on flimsy sheets of writing-paper,and lay for 90 years undiscovered in a cupboard at the Abbey.
By a miracle they were preserved, and were given to the Science Museum, South Kensington, by the inventor's grand-daughter.

The first photo is of Robert Morvison,and was taken in1857. 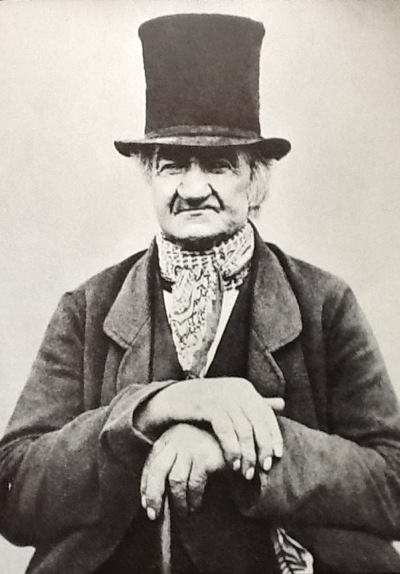 He was a carrier and shoemaker in Stallinborough, Lincolnshire.
He was 82 when the photograph was taken: in 1775, when he was born, the United States was still a colony, and Bonnie Prince Charlie was still alive.

Here are some village children at Hill Wootton, Warwickshire, in 1890.
Which of them are girls, and which are boys?
At that time, you only wore trousers if there was a pair to fit you.
Lots of little boys wore dresses, and it was not an indignity. 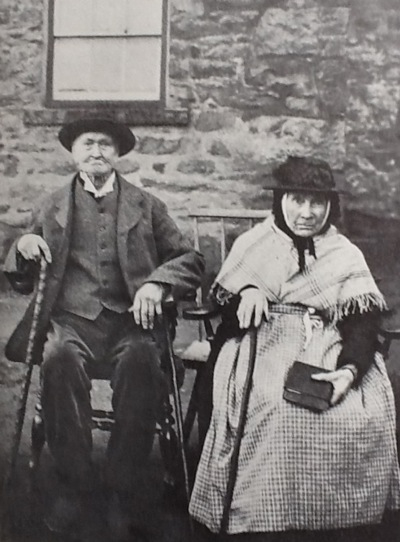 Here we see Roland and Betsy Jones of Hen Hafod, Merioneth, in 1870.
The inscription on the back tells us that 'They entered the Workhouse at Bala, but instead of separating them the Guardians permitted them to have a room to themselves.'
They were very fortunate.
The underlying fear of countryfolk who were not well off was that they would be forced to leave their cottages and live in the Workhouse, where it was usual for couples to be separated for the rest of their lives. 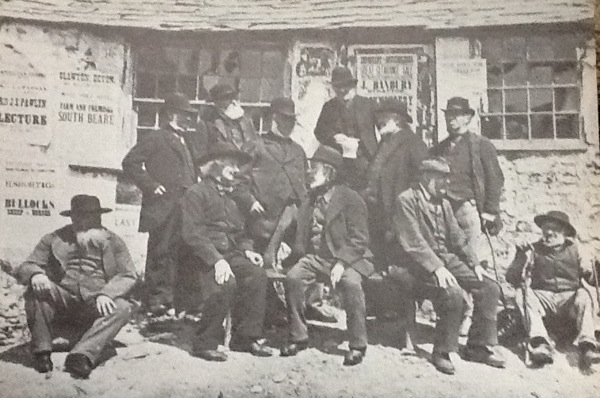 Here is an interesting group photo.
As all the men are in their best suits, the occasion must have been significant,but is unknown.
The occupations of these men are listed, and in spite of their age all were working at the time.
Left on the back row is a clerk, agent for the Greville property.
Next, left to right, are the watchmaker, the cordwainer (a person who makes soft leather shoes),the carpenter ( holding the jug), the shoemaker and the ironworker.
Seated are the blacksmith(on the floor), the barber and precentor of the Wesleyan Chapel,the auctioneer and printer,another shoemaker and,on the right, a labourer.
The labourer had been a drummer-boy at Waterloo!
There cannot be many photographs of a man who fought at Waterloo! 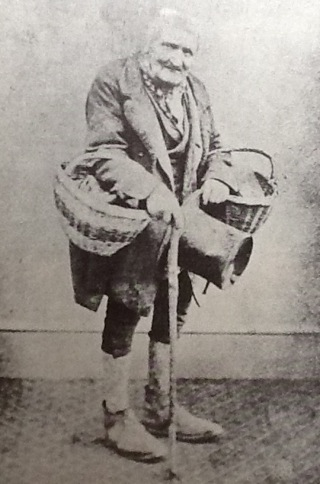 This is a photograph, taken in about 1860, of an old pedlar, John Chamberlain, of St. Neot's, Huntingdonshire.
He was about 65.
He was in the habit of going round the local public houses, carrying two baskets, one of which contained nuts, cakes and sweets, and the other small packets of seeds.
His patter went: "Any gentleman want any carrot seeds,onion seeds, parsnip seeds, lettuce seeds, parsley seeds, radish seeds, or any Windsor fine peas?
What I can't get today I'll bring another day." 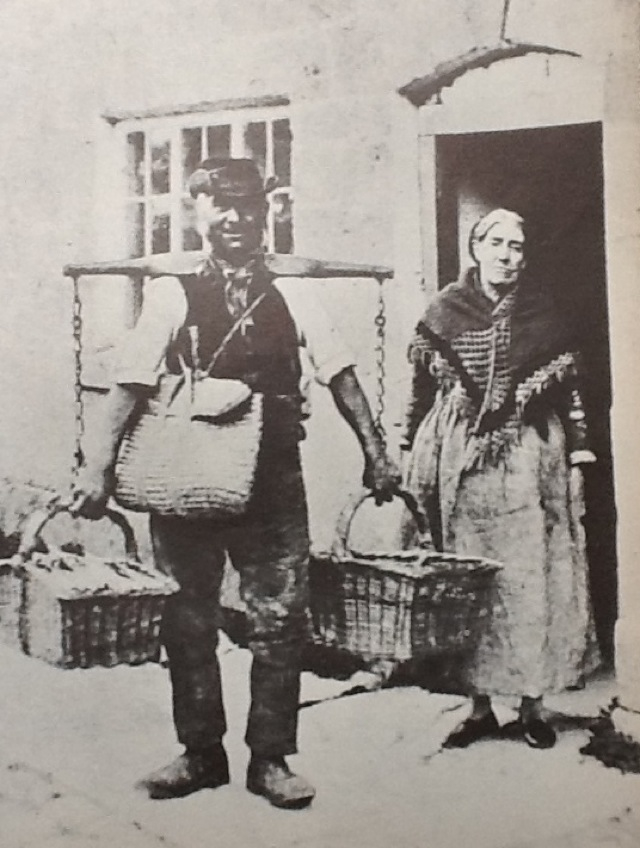 This is a door-to-door tradesman at Willersey, Gloucestershire, about 1900.
He is using a wooden yoke, commonly used for carrying milk pails, to take the weight of his goods. 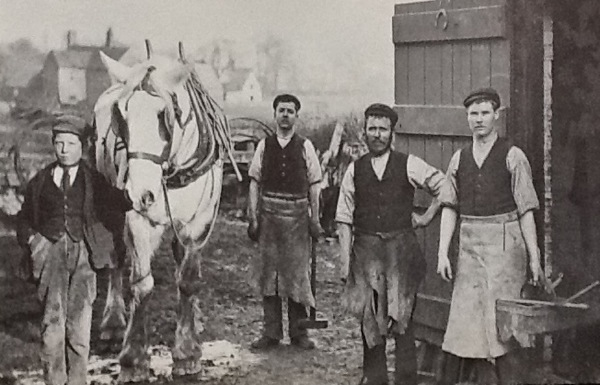 This is the smithy at Huntingdon in about1910.
The glass-plate negative was one of those rescued from the lettuce-patch! 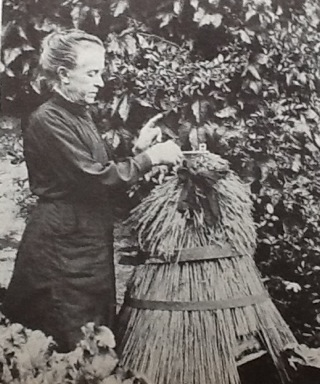 In about the year 1898, this picture was taken of a bee-keeper 'telling the bees'.
It was a tradition that bees were kept informed of any change in family circumstances.
She has a key in her hand,as part of the ritual.

In later articles we shall meet, thanks to the early photographers, many more interesting characters from England's rural past.
< PrevNext >