Make Do and Mend

I was born into a world where people did not throw things away.
Things then were bought to LAST.
A world where fathers mended the soles of shoes, and hammered shiny metal blakeys into the heels, which ensured that their childrens knees were decorated permanently with scabs, but saved the leather. 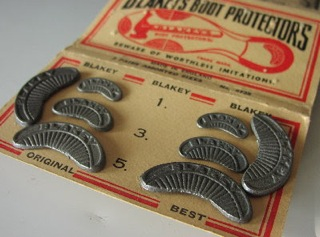 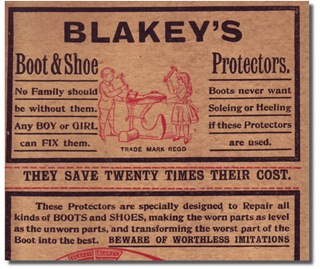 New shoes were only bought when the old ones were too tight.

it was a world in which people saved up for things they wanted, and then paid for them.
A world in which it was accepted that sometimes you had to go without things.
A world in which children werent asked what they wanted for their birthdays, but took what they were given.
And wrote thankyou letters, whatever it was.
Even handkerchiefs or embarrassing knitted bathing costumes which sagged when they got wet.
A world in which you were actually hungry for dinner, because you only ate at mealtimes and there were three, unless you were rich and had supper.
A world in which there were seasons for fruit and vegetables, and strawberries all came at once in a big juicy burst in the summer and smelt SO good and were SO cheap. 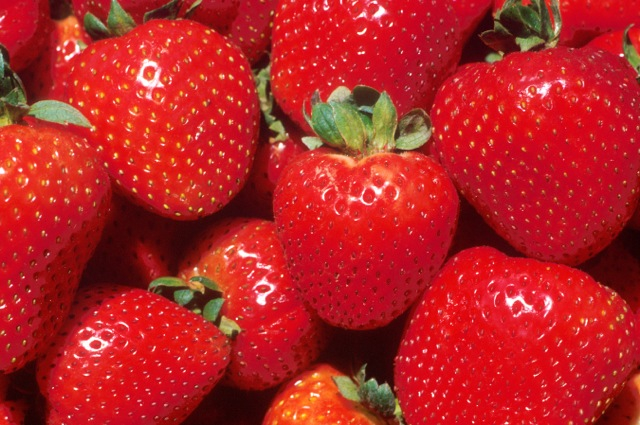 One of my favourite books is from that period, the 1930s.
It is called 'The Good Housekeeping Dictionary of Facts' and is crammed with useful information for the young housewife. 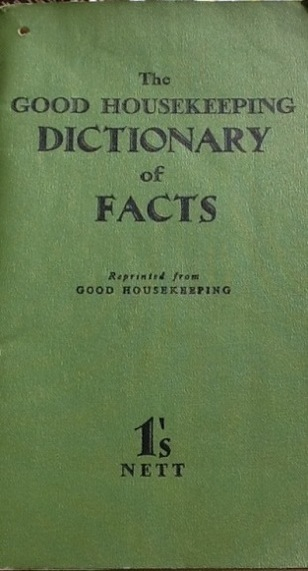 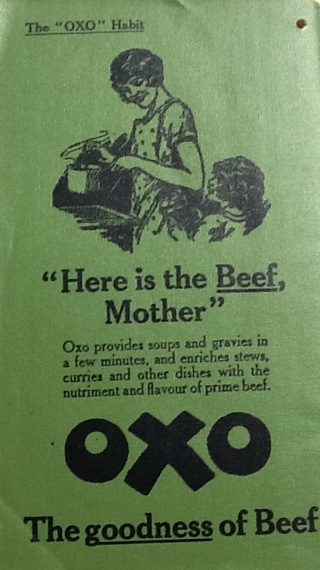 I have selected some invaluable snippets of advice for you. Which I am quite sure you will never take! 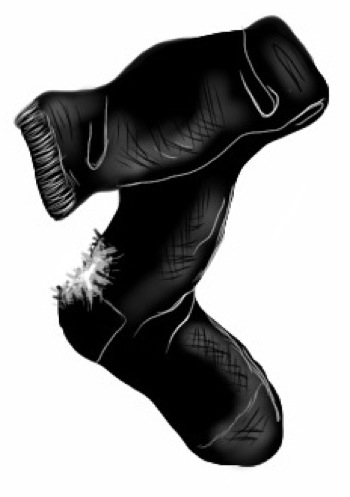 Cut a piece of black net larger than the hole, rub it till it is soft, and then stitch it neatly on to the wrong side of the stocking under the hole.
Darn in the usual way, and the net will be found to give extra support.

DOCTORING DISH-TOWELS
When dish-towels become so thin that they get soaked through almost immediately, try stitching two of them together.
This will give them double life, and there will be double the comfort in using them.
They need not be the same size.
Place the smaller one neatly on the top of the larger, and stitch along the edge.
Worn bedroom towels can be utilised in the same way.

A USE FOR A BICYCLE PUMP
Housewives who do not possess a vacuum cleaner will find a bicycle pump very handy for getting rid of dust from behind radiators, and in other cracks and corners.
After using the pump, wipe the dust up with a slightly oily duster.

A MAKESHIFT CANDLE
In the case of emergency, when you suddenly find your store of candles has run out, melt a spoonful of lard or mutton-fat, and pour it into a shallow tin lid.
Put in the lid four or five lengths of white twine, allowing the ends to stand up about half an inch above the edge of the lid.
Light these strings as you would a candle-wick.

DISCARDED GRAMOPHONE NEEDLES
These are very useful for holding in position the backs of pictures and for strengthening picture-frames.

USES FOR OLD TOOTHBRUSHES
It is advisable to keep old toothbrushes, as they can be used in a number of ways.

Boot polish is sometimes sold in jars, and when the jars are almost empty an old toothbrush can often reach the polish when an ordinary shoebrush fails.
Similarly it can also be used for reaching the polish round the bottom of an almost empty tin.

A USE FOR TREACLE TIN LIDS
When boiling puddings in cloths, place one or two lids from 2-lb treacle tins in the bottom of the saucepan.
This will prevent the pudding from sticking to the saucepan.

A USE FOR WOOD ASH
The clean white ash that can easily be collected after a wood fire should be kept in a jar near the scullery sink, as it is valuable for removing stains on metal and china, makes a good scouring mixture for the sink, and a little added to the washing-up water softens it and saves soap.

BLUNT NEEDLES
If a sewing-machine needle is blunt, sharpen it on the edge of a broken saucer or plate.

TO SHARPEN SCISSORS
When scissors become blunt a quick and efficient remedy is to put a steel knitting-needle between the two blades and close the scissors on it as though one were going to cut the knitting-needle in half, letting it slip to the points of the scissors.
When this has been repeated several times, the scissors will have regained their original sharpness.

MENDING LEAKY PAILS
Cut a piece of sacking slightly larger than the measurements of the bottom of the pail or pan and press it firmly in position.
Make an even paste of cement and water and pour it over the sacking; allow this to stand for about an hour, then pour in another thin layer of cement until the sacking is entirely hidden.
Do not use the pail until the cement bottom has had time to harden; this will take about two days.

WHEN A DOOR RATTLES
Fix a neat piece of the inner tube of an old cycle tyre to the frame of the door.
It may either be stuck in position or secured with brass tacks, and a neater appearance is obtained by painting it to match the woodwork of the door. 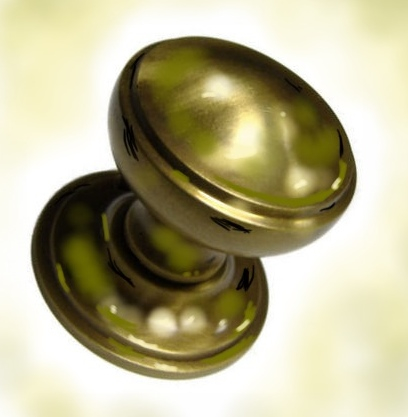 First clean the parts; this can be done with sandpaper or brick dust.
In addition to cleaning, the surface is slightly roughened and gives a key which enables the enamel to adhere better.
Coat evenly with a good stove enamel, place in an oven at a temperature of 300 degrees F. for three hours.
This gives a hard-wearing finish.

Finally, some tips for use in the kitchen.
The first one will be completely useless!

SOME HOMELY WEIGHTS AND MEASURES
Should the small weights of your kitchen scales be lost or mislaid, the following homely weights will come in very handy:
A halfpenny measures 1 inch in diameter
A penny measures one-tenth of a foot
Half-a-crown weighs half an ounce
3d weighs 1 ounce
13 pennies weigh a quarter of a pound 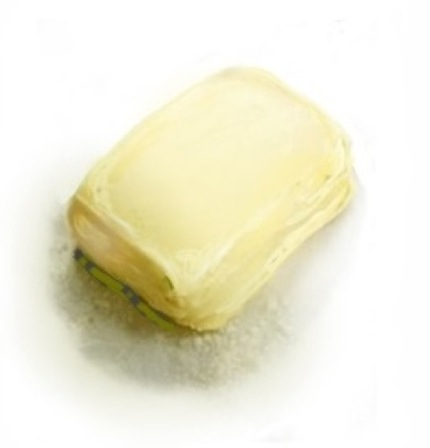 Half a cup of butter is occasionally given in recipes.
The quickest way to arrive at this is to fill the cup half full of water, and then to drop the butter in until the water reaches the top.
Drain off the water, and half a cupful of butter will remain.
Other fats can be measured in the same way.

GINGER ALE JELLY
When making a packet jelly, try using ginger ale instead of water.
First dissolve the jelly in a small quantity of water, then make up the quantity with ginger ale.
The jelly will have a pleasing sting to it, but not enough for anyone to guess how it has been made.

i hope you found this Quite Interesting!
< PrevNext >