Even Murderers Have Shiny Shoes

I am going to write about one of my first bitter disappointments.
It was one of a number of times when my Dad laughed at me, and I did not understand why.
One day, when I was young, perhaps five, my Dad said that Bobby and I could each have a little bit of garden of our very own.
In those days, children did not have much in the way of personal possessions, and this was a truly wonderful idea.
I could choose to grow what I liked, and had the heavy responsibility of caring for my patch of earth and all its harvest.
I knew at once what I wanted to grow.
Wallflowers!
Wallflowers were velvety, like bees.
They shone like jewels in the garden.
Their petals were in glowing colours of many kinds; deep,dark plum-browns and glorious oranges and golds, even soft pinky beige.
They filled the summer air with rich, sweet scent.
After clearing and trowelling my small rectangle of chalky Sussex land, I set out in search of seeds.
I had sixpence and was a legitimate customer.
I went to Woolworths, and could have bought anything in that well-known '3d & 6d Store.'

The packets did not fail me! 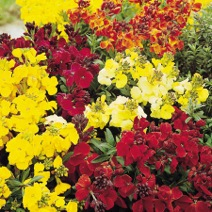 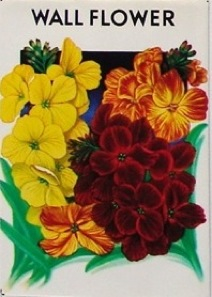 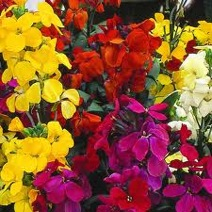 The pictures were of rich,velvety flowers in a wide range of glorious,glowing colours.
I could not believe that such beauty could be so cheap!
I bought my two packets and climbed the steep hill to home, imagining my chalky plot transformed into a scented cushion of jewelled velvet.
I read the instructions, and with great care planted my treasure.
All I had to do was wait.
It was hard to resist digging a little to see if anything was happening.
But I waited.
All day.
When Dad came off duty, I told him my good news and showed him the packets.
It was then that he laughed.
Why?
He had dreadful news for me.
Wallflowers, he said, were biennials.
BIENNIALS?
Not a word I had met.
They took TWO YEARS to grow and flower.
I would have a bare, chalky patch, with straggly green, flowerless plantlets, for TWO YEARS, until I was in Junior School!
It might as well have been a century. 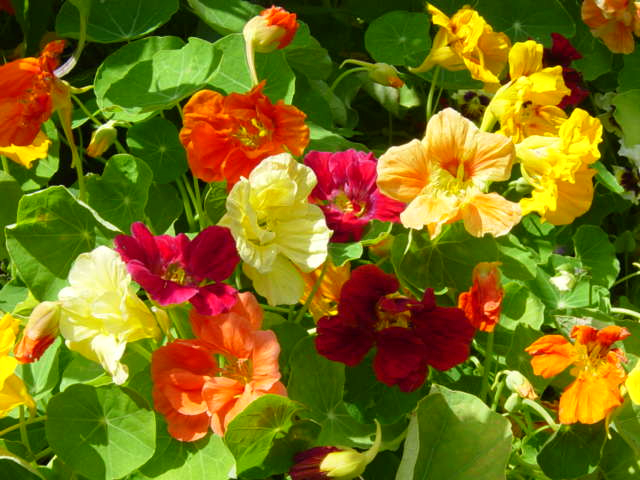 I did plant nasturtium seeds, and they grew fast and were very bright and pretty, but they were soon covered in blackfly and were neither scented nor velvety, and my dreams were shattered.
It was a long time before I tried gardening again, and then it was cabbages in my school Grow For Britain wartime garden, for which I won third prize. 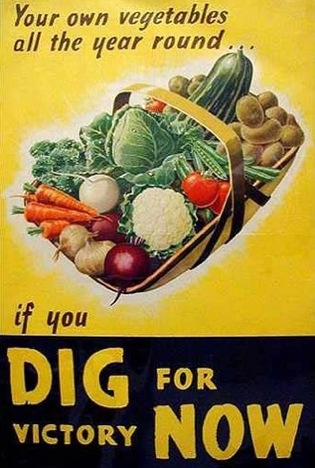 I grew up to be a very keen gardener, particularly with herbs, but I never forgot the important lesson:
DONT TRUST THE PACKET!

My mother always told me, when I was a little girl, to look at people's shoes.
She said that a man with polished shoes and cared-for hands was respectable.
Her exact words were, "You can always tell a gentleman by his shoes."
Even as a child, my wallflower packets had taught me that she was wrong.
Appearances are often very deceptive.
People are not always what they seem.
A man with the shiniest of shoes could be a murderer..... 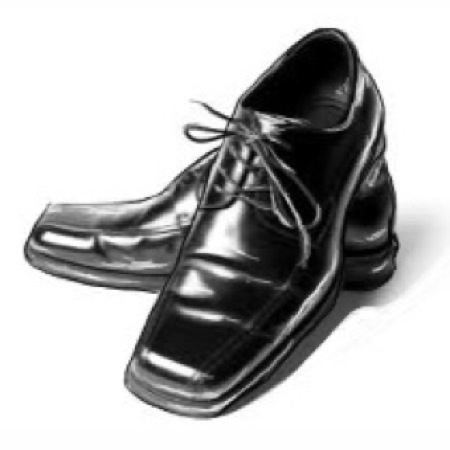