Dove Cottage, and a stroll by the Lake

After a good breakfast, with the best home-made marmalade ever, we set off on an exploratory 'stroll'.
The sun began to shine in earnest, and I could understand why Wordsworth called this 'The fairest place on earth.' 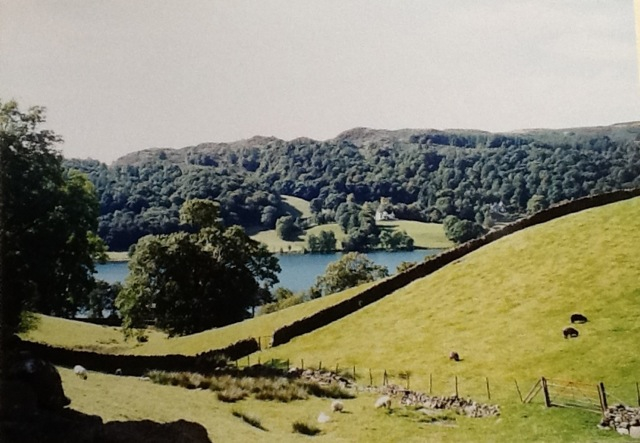 Our first stop was Dove Cottage, home of the Wordsworth Museum & the home of the Wordswoths --- William, Mary his wife & Dorothy his sister ---for a number of happy years.
Three of their children were born there, and many literary friends stayed there.
In the early 1700s this was a hostelry.
William wrote, in 'The Waggoner,' in 1806:

William & Dorothy arrived at Dove Cottage in 1799.
Dorothy wrote her Grasmere journals and many poems there; Coleridge, Sir Walter Scott, the Lambs, de Quincey and Hazlitt all visited.

We waited outside until a guide arrived, and were taken into the living-room, once the saloon of the little inn.
A warm wood fire was burning in the wide hearth. 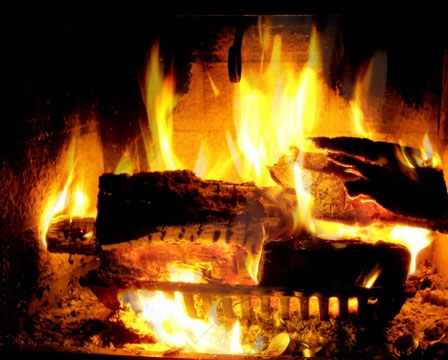 We were led through the house, and it was almost as if Dorothy and William were still at home.
All the simple furnishings were still in place.
The cottage is filled with the original pieces, including the beloved cuckoo-clock & an oil-painting of Pepper the dog.
It is simple and homely: downstairs there is a slate floor. The buttery/larder has a spring beneath it, which sometimes bubbles up through the slates & keeps the room cool.
The room above it, called 'The Outjutting'' by Dorothy, was the children's bedroom, & was very cold --- so she pasted copies of the Times over the walls!
The garden, which slopes steeply up behind the cottage, is full of the cottage flowers mentioned by Dorothy so lovingly in the Journals.
When the Wordsworths left in 1808 because they were 'crammed in their little nest edge-full,' they were succeeded by Thomas de Quincey, who had come to love the place.
In fact, he lived there longer than they did, but it is the Wordsworths who are remembered there, and who still 'inhabit' the place.

We continued our walk, and after enjoying ice-lollies in the sun followed the path which runs by the River towards Grasmere.
It was  deliciously cool under the trees, and we were never far from the sound & sight of running water.
Several times we were overtaken by purposeful,booted walkers, and were happy to be overtaken.