A Day at Beamish

Some years ago I went on a coach tour to the northwest of England, and was lucky enough to spend a day at the Beamish open air Museum.
A day was not enough to visit all the attractions there, but I had a wonderful time and learned a great deal. 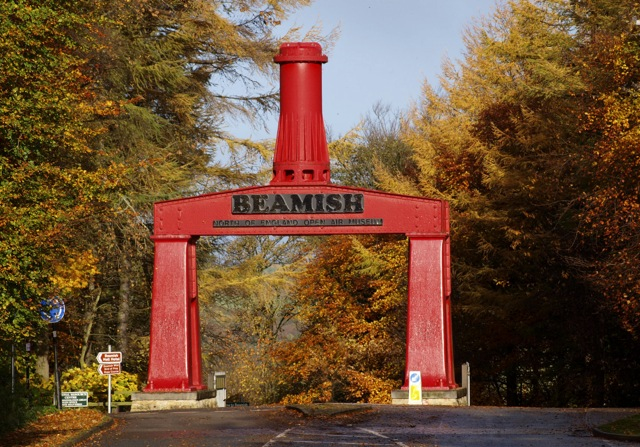 At the entrance stands 'Tiny Tim,' one of the giant steam hammers of its day,weighing 70 tons
. It was built in 1883 for the Darlington Forge and Engineering Company.
Hammers like this were used in the making of wrought iron forgings, especially stern frames for ships.

The Museum stands on 300 acres of countryside, and is divided into areas joined by footpaths.
There is a Railway Station, a Home Farm and Manor House, a Colliery with Pit Cottages,and a Town with shops, Brewery, Pub and Park, School and Chapel, as well as a large Transport Collection; the Museum continues to add to its exhibits.
The whole project started in 1958 when Frank Atkinson, director of the Bowes Museum in county Durham, recommended that a collection be built up relating to the everyday history of the County, and that the exhibits should eventually form the nucleus of an open air museum.
Over the next 12 years objects of all kinds flooded in, and were stored in a disused army camp at Brancepeth.
In1970 a Joint Agreement was signed by nine Local Authorities, and Frank became director of the project.
Some of the buildings are original, but many have been deconstructed, brought to Beamish and rebuilt brick by brick on the site.
Buildings have been brought from all parts of the North East, and the result is a remarkable time-warp, open for anyone to experience.
Visitors are free to walk through the Town, and explore at will.
For me, this was the most liberating part of my visit.
It made the place seem real, because noone was telling me what I should be doing, and everywhere were museum staff in period costume ready to discuss their life in the 'visual' community. 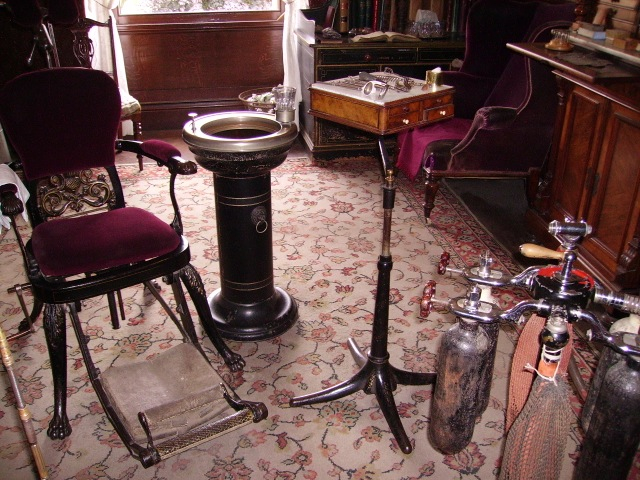 I was able to walk into the Dentist's house and go upstairs to the surgery, where a fire was burning in the grate and all the medical instruments were set out in readiness.
I left quite quickly!

All the houses were open to view, including the music teacher & the solicitor, snd as in every area of the Museum people in clothes of the early 1900s were 'living' there, shopping, boarding the tram, going about their duties, and always willing to talk about their circumstances. 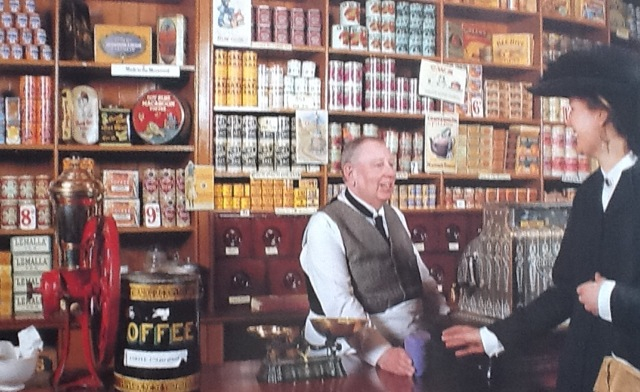 The shops were furnished to the last detail, and in the Cooperative store I could see them using the same wired cash containers which whizzed over my head in the Brighton Coop where I shopped for my mother as a child.
I was able to recognise many of the packeted goods I would buy for my mother when I was a child; Saxa salt, Birds custard, Blue Boy toffee,and the 'CWS'( Cooperative Wholesale Society) own brand goods.
The manager was really friendly, and I spent some time there. 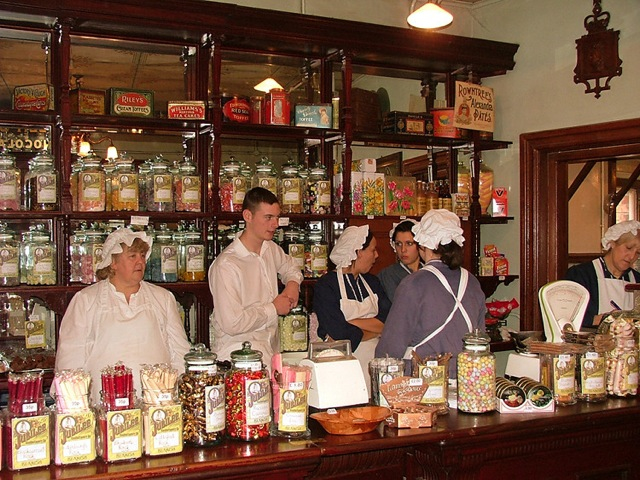 The sweetshop was open for business, and had most of my favourite childhood treats.
Cough candy, butter drops, pear drops, rhubarb and custard, lemon sherbets, bulls' eyes,all for sale!
They were doing a good trade all day.
They also sold stationery, and I bought a souvenir ruler and a slate. 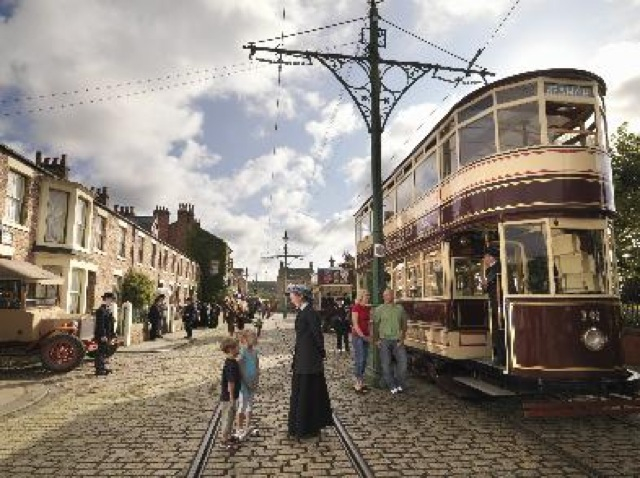 There was not much traffic, but the heavy brewery horses trundled by with barrels for the Sun Inn, and a delivery boy whizzed along with a heavy basket on his bike.
It was possible to board a tram ( another forgotten experience) and travel along the main street. 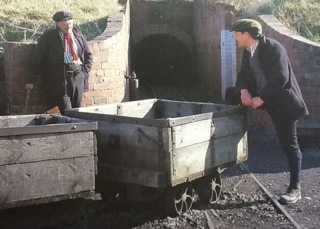 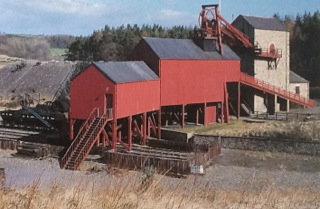 I went to the Colliery, and with a group of people, all provided with safety hats and given due safety warnings, went into the opencast part of the mine.
Quite scary!
The little row of pit cottages, which came from Francis Street, Hetton-le-Hole,near Sunderland, were built by the Hetton Coal Company between 1860 and1865, and were lived in by pitmen and their families until 1976, when six of the original row of twenty-seven houses were presented to the Museum by the National Coal Board.
Pitmen were quite well-paid, and this is shown in one or two of the comfortable cottage interiors. 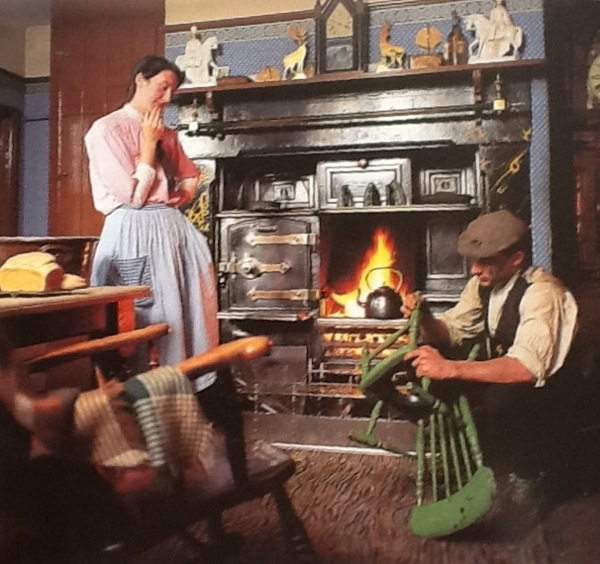 Once again, I was able to wander in and out, and see the way the people lived; the coal fires, the tin baths in the yard, the earth closets, the vegetable plots. 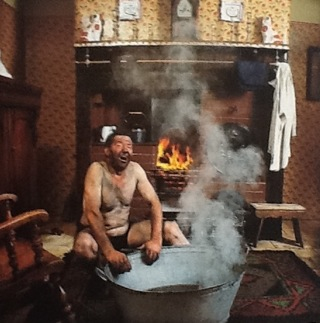 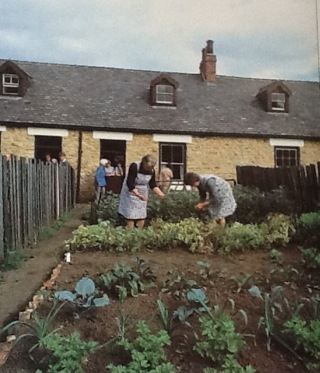 The Home Farm buildings had stood there for more than 250 years.
The Manor House is shown as it was in the 1820s.Some of the buildings had been added; the pigsty with henhouse above, from about 1800, came from a farm in Stocksfield, and the long stone-built cart shed and smithy of 1905 came from a farm at Morpeth.
The Farm houses a number of examples of agricultural machinery, and examples of smaller tools from the past can be seen in the sheds and barns around the farm. 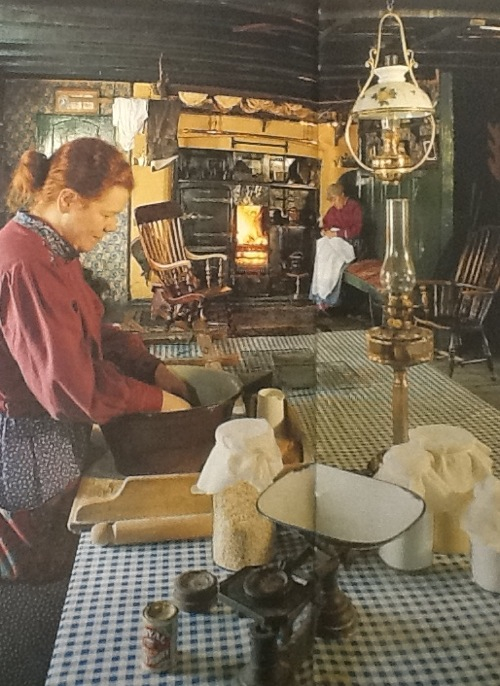 This is part of the Manor House interior.

There are northern breeds of livestock, and a large collection of photographs and engravings of Clydesdale horses, Durham Shorthorn cattle,and Teeswater and Cheviot sheep.
Children are able to feed the ducks and handle the smaller animals. 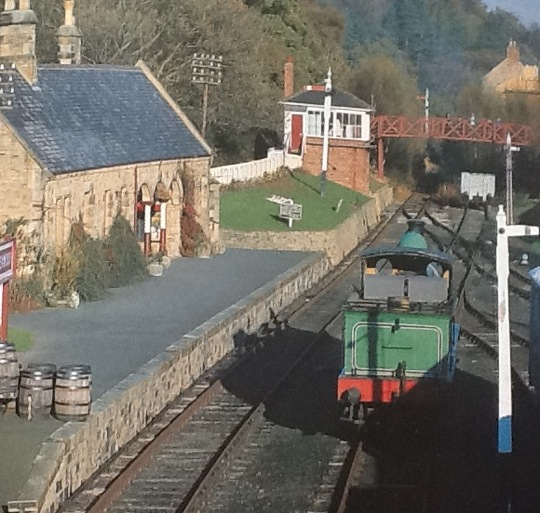 The Railway Station is a typical 1910 country station.
The wrought-iron footbridge was brought from Howden-le-wear, Crook, and the signal-box came from Consett and dates from1896.
The passenger buildings were first built in 1867, and came from Rowley, a village in the hills beyond Consett.
In 1914, a trainload of passengers was snowbound at Rowley for three days.
The station never had gas or electricity, and was always lit by oil.
There are always goods and coal wagons to be seen, dating from the 1880s, and for special events steam engines. 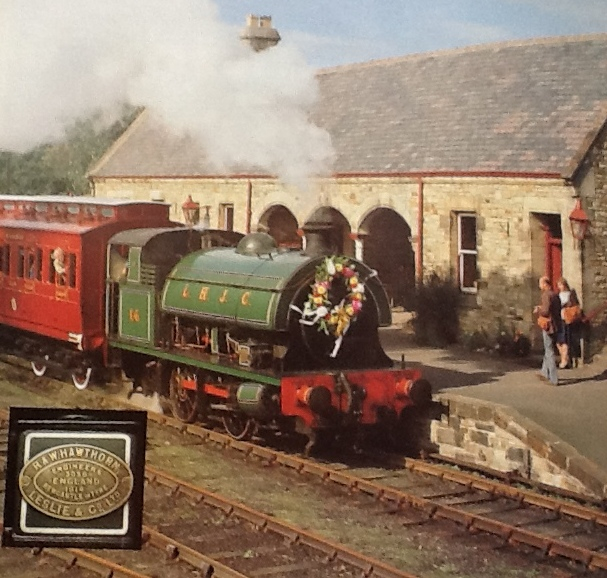 The Chapel and School were, for me, among the most interesting buildings at Beamish.
As I approached the Chapel I could hear the hearty singing of a familiar hymn, but there was nobody inside; it was a recording!
Later, in the gift shop, I bought myself a small tape recording of some of the well-known hymns which had been sung in the building.
I used to play it while washing up the dishes, and sing along.
The chapel played a very important part in the social lives of the local families. 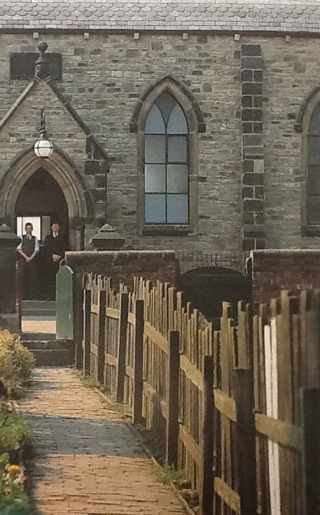 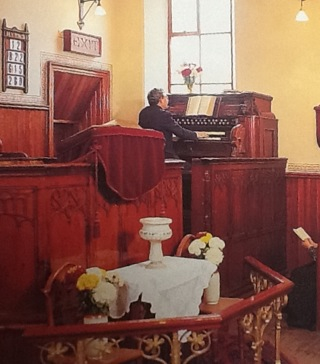 Pit Hill, now known as Beamish, was one of fifteen chapels in the flourishing Wesleyan Circuit in Chester-le-Street.
In the north-west nonconformist membership was growing rapidly among the working population; as more coalpits opened in the 1850s, attendance grew, and a commentator remarked that "on week nights the congregation numbers about a hundred, on Sunday evenings the chapel is invariably crowded...the singing pews, pulpit stairs and part of the aisles being completely filled."
Beamish was noted for its choir, for the Young Rechabites(a temperance group) and of course Sunday School.
A high proportion of children attended and enjoyed the activities, and chapel contributed to the education of many village youngsters. 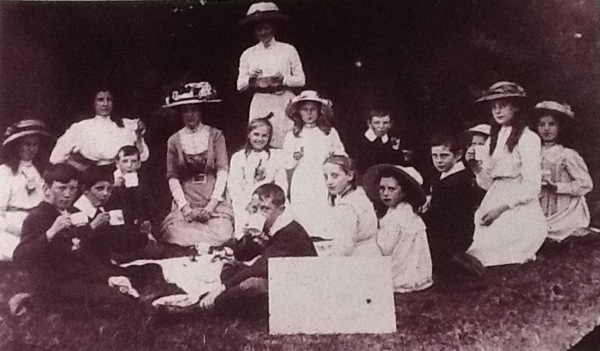 There was a middle-aged, rather fearsome schoolmaster in the schoolroom, dressed in formal black.
The slates were set out on the desks, and the walls were hung with maps, and inspiring proverbs('All Things Are Difficult Before They Are Easy').
Sometimes lessons are given to visiting children. 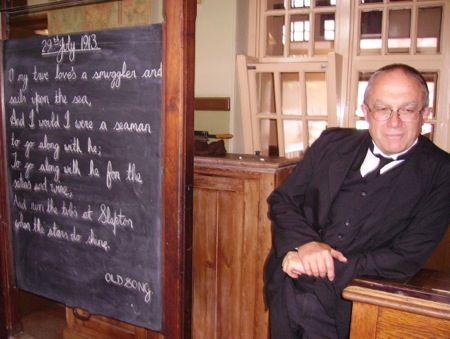 The day passed so quickly that I felt I had only scratched the surface, but it had been a truly enjoyable & fascinating experience.
The Museum is still adding to its collections, and I thoroughly recommend a visit!
< PrevNext >