If you were to ask me to name someone I admire and would seek to emulate, I would say, without hesitation, Tim Smit.
He has been the mover and leading enthusiast in two great projects of our time, and with his friends and fellow workers has created and developed two truly inspiring ecological centres in his beloved Cornwall.
It is difficult for me to travel now, but I have wonderful memories of my visits to them both.
The history of the Lost Gardens of Heligan is a fascinating one. 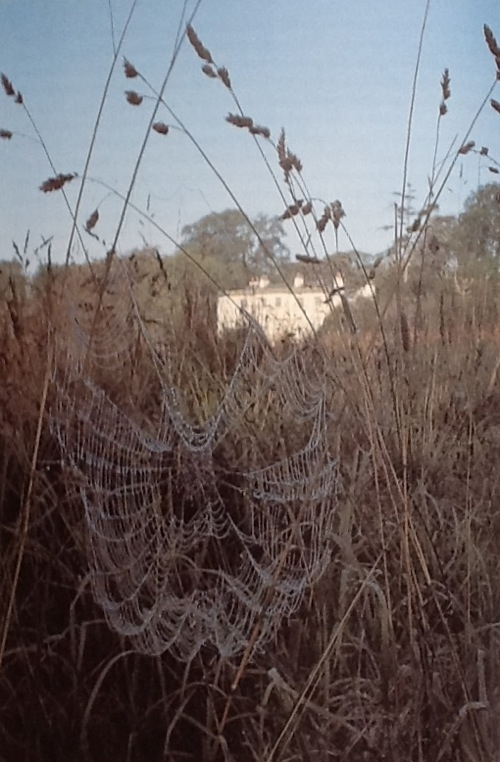 Before the First World War the established estate of the Tremayne family consisted of more than a thousand acres, employing a large number of local staff.
The gardens were richly productive, contained rare and exotic trees, Palms and Bamboos, and tropical fruits, and provided vegetables and flowers from enclosed plots for the folk in the Great House, while the Home Farm, centred on the parkland, produced all the meat, cereals and vegetables for the local community.
There were sawmills, cornmills, a quarry and, in the eighteenth century, a brickworks.
The orchard provided apples, and cider too.
Pineapples, grapes and peaches were grown under glass, and there was a great vine. 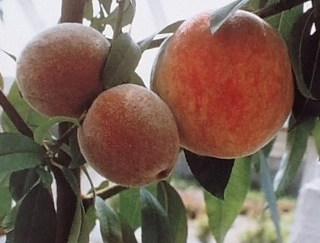 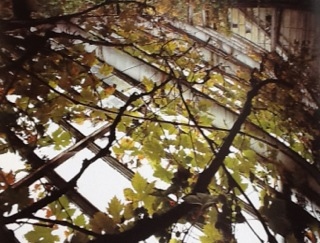 The area nearest the house was divided into themed gardens; there was an Italian Garden, a Grotto, an Alpine Garden, a Wishing Well, a Jungle, a valley with a lake, and much more.
All these have been restored.
Animals were imported; there are sepia photographs of monkeys and an emu.
The rhododendrons, some of which have survived, rose sky-high over fair green lawns. 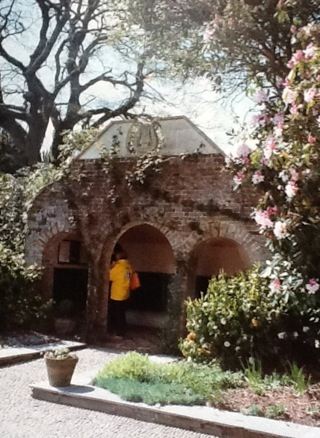 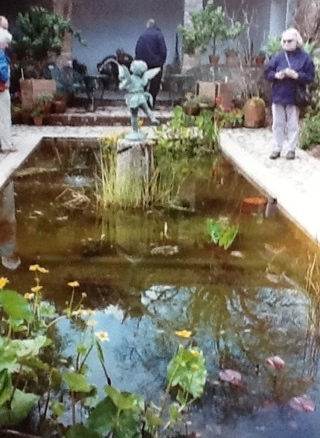 The First World War was to lead to change and the destruction of the old,settled way of life.
The young workers on the Estate were conscripted, or volunteered,and the gardens slowly fell into decay.
There were valiant attempts to preserve the rhododendrons and parts of the grounds, but the task was far beyond the strength of the limited manpower available,and little by little the gardens were overwhelmed by brambles,elder,ivy and creeping plants. 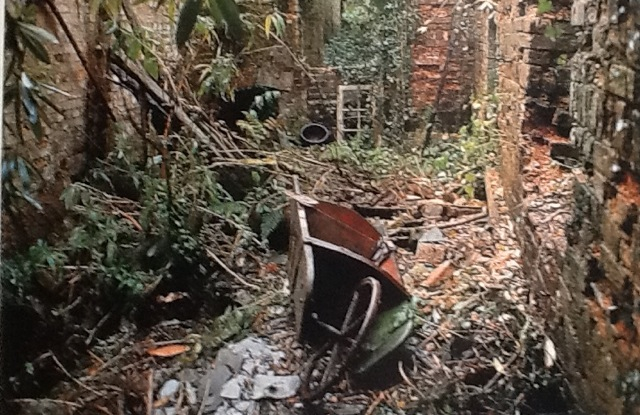 Over seventy years passed, and it was 1990 before Tim Smit and his friend John struggled through a tangled mass of tightly interwoven greenery to take a first look at the Lost Gardens.
They were hoping to purchase the land for an exciting project. 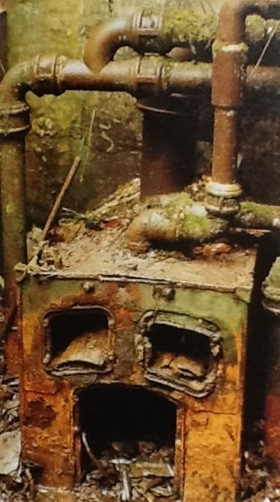 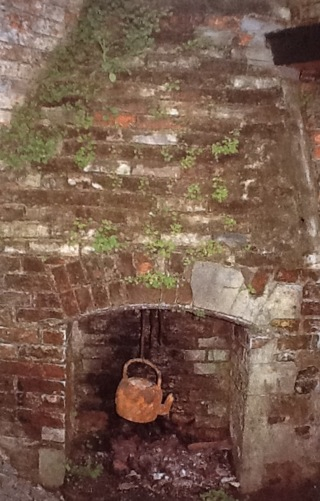 Tim writes: 'This dark, dank place had its own strange beauty.
Here, in this underworld, the laurel trunks arched and writhed, contorted into a Medusa's fringe of unimaginable shapes.
There were brambles snaking everywhere.' 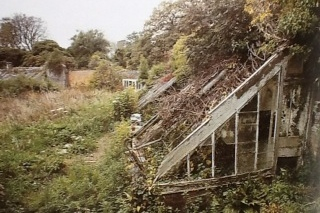 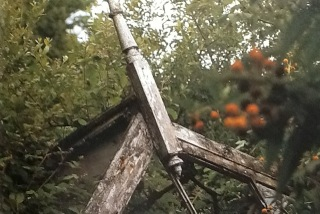 'Mostly gutted, their timbers rotten, these ruins had an all-pervading sadness that captivated the imagination.'
Their original idea was to set up a Rare Breeds Park there, but in spite of every effort the planning permission was refused.
The application would need to be reframed.
Meantime, Tim and John had been so affected by the mystery and hidden enchantment of the place that the idea of resurrecting the garden's past life began to take over. 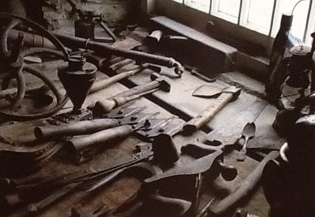 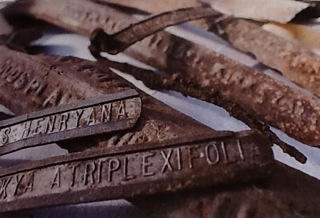 The more they saw of the relics of many years of patient gardening,the hidden ruins, old tools and plant-labels, the bee-hives, the derelict glass-houses, the more convinced they became; and when the revised application was submitted,and accepted, Tim and a small army of friends and associates set off on a journey through several years which was to successfully transform the wilderness into one of the most beautiful gardens I have ever seen, all following its original design and visited by hundreds of visitors every day. 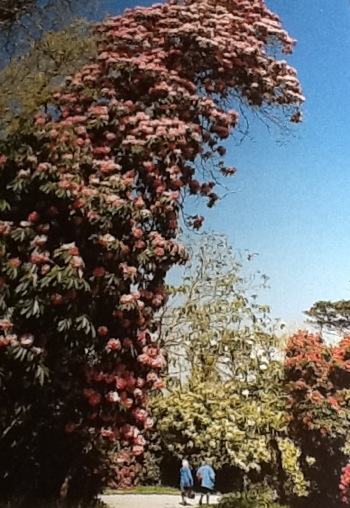 This rhododendron stands at the entrance to the Gardens.
There is so much to see that I would advise a stay in the area, which covers many acres - the valley with its forest, the lake, the restored glasshouses which now again produce exotic fruits, the flower and vegetable gardens where many almost lost varieties are grown - including blue potatoes - the Italian garden, the grotto, the old bee-bole wall with its fourteen apsed recesses for straw bee-skeps(see below),the great Palms and Bamboos, cannot all be enjoyed in a few hours.
You will need at least two days.
In a short article it has been impossible to cover the whole story of this amazing restoration project; I would recommend 'The Lost Gardens of Heligan' by Tim Smit.
He tells it well,writes in an excellent style, and the pictures are beautiful. 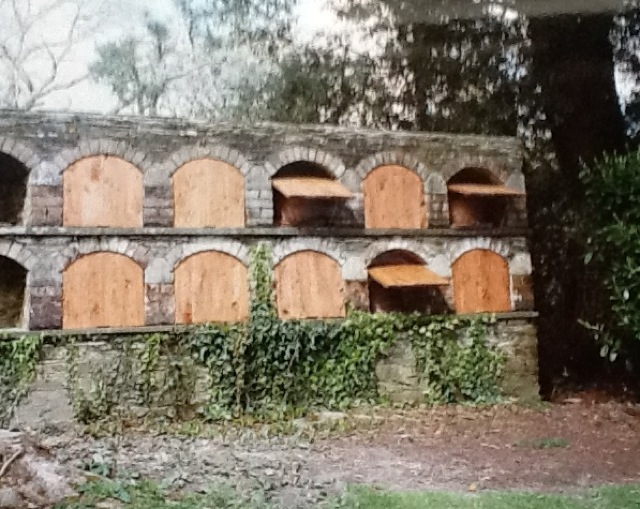