Mrs Simmonds and the Blind Maker

When I was a little girl we lived in a house near the top of a very steep hill.
It was a quiet neighbourhood, and as far as I can remember the weather was usually hot and sunny.
The houses had stiff, heavy, striped sunblinds to protect the paint, and we had a brass cover to our doorstep which was always bright and golden.
Mrs. Simmonds and her husband lived in the next house up.
I cant remember seeing him, but he had a very strange job.
He made people blind.
It said so on an oval wooden sign on the wall outside the house:

I often wondered what he actually did, and why.
I never heard any noises; they were very quiet neighbours.
There were white sweet-scented climbing roses in their back garden, which in the summer reached over into our garden and showered our tiny lawn with large, fragrant petals.
I can remember standing on the grass in my sandals,(no socks), feeling the dew on my bare skin and breathing in the scent. 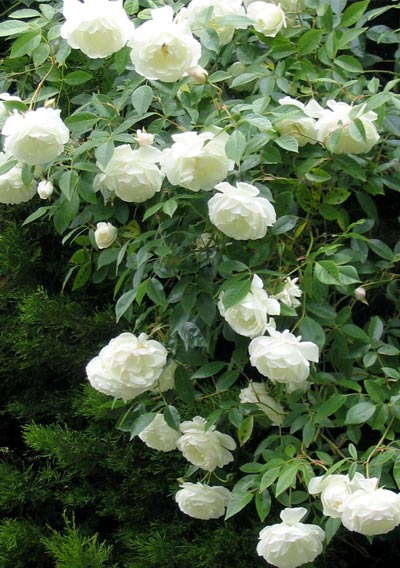 Although I did not know the blind maker, I liked Mrs. Simmonds very much.
She was a gentle old lady, neat and slight in build, with grey tidy hair, and she often gave me surprise presents.
I will give you two examples.

Once we were having a party in my house.
I think it was a birthday party.
Everything was ready.
The party table was set out in the kitchen.
There was a white tablecloth.
Every plate had a paper serviette by the side, and standing on it a Wincarnis free plastic goblet with jelly in it.

My Mum drank Wincarnis wine as a tonic. 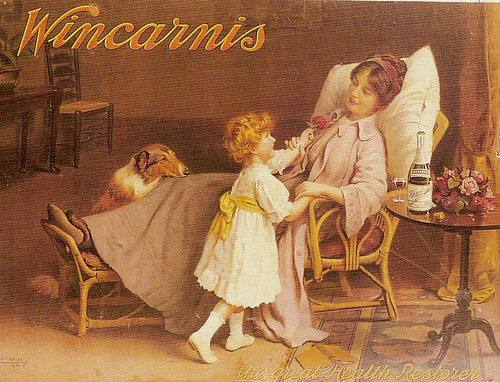 She also bought Wincarnis jelly, which, the advert said, had wine in it. It did taste lovely. 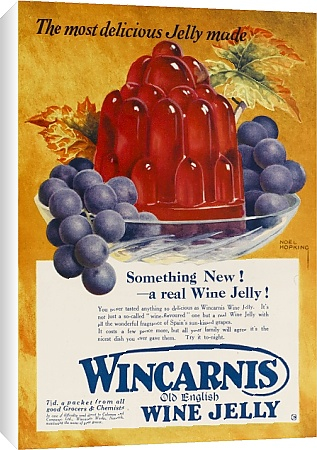 For every two packets of jelly you could get a FREE jelly cup.
They were all different colours, and I thought they looked really posh. 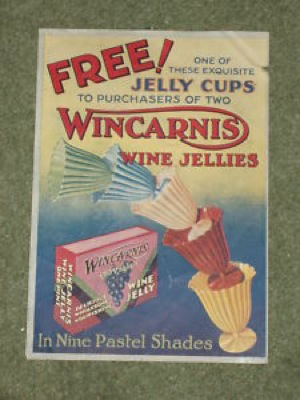 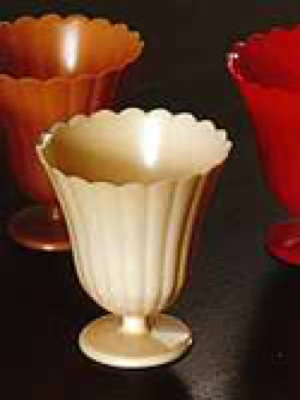 The other party things were all ready; paste sandwiches,a plate of assorted biscuits (there were aiways two pink wafers, which were my favourites, and I used to watch the plate go round and hope I would get one, although as guests came first the likelihood was not great), and a sponge cake. 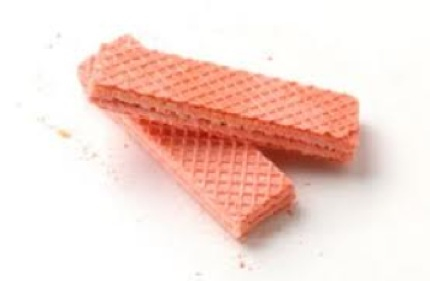 We were waiting for the first guest.
There was a knock at the door and I went to answer.
It was Mrs. Simmonds!
She was carrying a glass bowl.
In it was the most beautiful trifle! 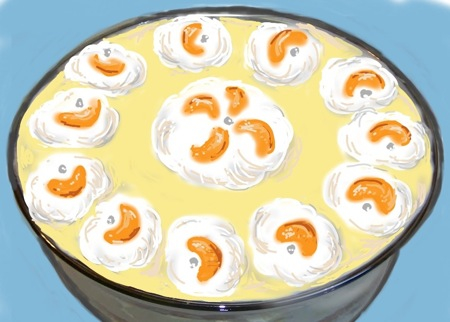 It was jelly, sponge and fruit underneath, and pale creamy custard on top, and all round the edge were swirls of thick cream.
Sitting on each swirl was a segment of mandarin, and a siver ball.
It made the party table look perfect!
I was amazed at its beauty.

On another occasion I was playing in the back garden when Mrs. Simmonds called me.
She gave me a large piece of black net.
On the net were secured small,sparkling jewels, each in a different colour.
It was so unexpected, so beautiful. 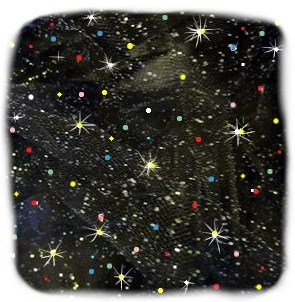 I used it in my games for many weeks and thought it was a wonderful gift, a rare and unusual thing.
Grownups, in my experience, didnt usually give children such treasures.

At weekends I would sometimes shop for Mrs. Simmonds.
She never wrote a long list, and used Rigby's, a small shop quite nearby, so it was not much of a task.
When I knocked with the basket and she asked me in I always went in gingerly.
I thought I might see the Blind Maker, but I never did.
She would check the shopping, and choose something nice for me( once, a ripe William pear). 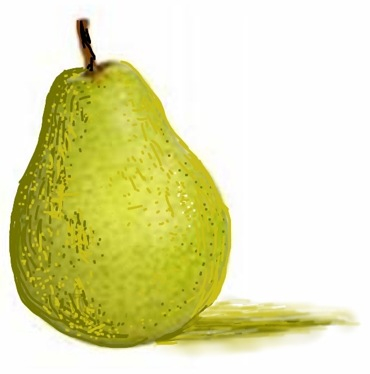 And then, she would give me two pennies!
She practically doubled my income.
She was a lovely lady.
Not because of the pennies or even the jewelled net.
It was because she seemed to want to make me happy, although I was only a child.
It was as if I mattered.

Although I seldom saw her, she made a difference to my life.
< PrevNext >