The Festival of Britain 1951

One hundred years after the Crystal Palace Exhibition, Britain was in a very different situation and had a very different perception of its position in the world.
The Second World War had left us in many ways materially poor, yet there was hope of a new start and a feeling of national identity and unity.
A heavy cost had been paid for victory, and lessons had been learned.
Health services, education, house-building,the position of women in society, all these were on the brink of change.
Empire would, over the next decade or so, be painlessly traded in for the Commonwealth of Nations. 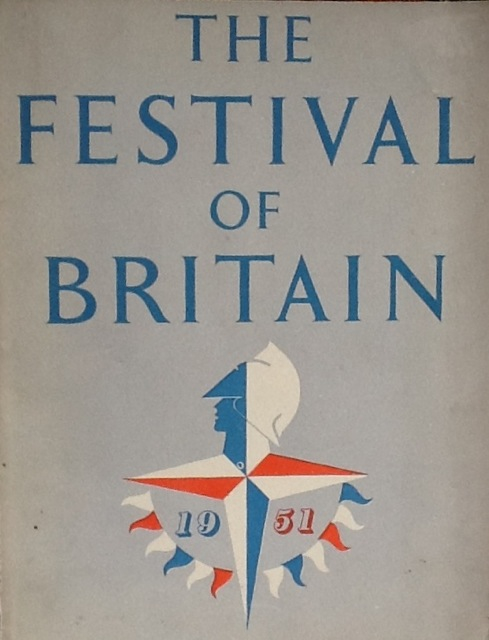 The Festival of Britain was to be a celebration and a vision of the future.
I was lucky enough to find the official booklet in a charity shop.
It begins with a message from the then Archbishop of Canterbury:
"The chief and governing purpose of the Festival is to declare our belief and trust in the British way of life, not with any boastful self-confidence nor with any aggressive self-advertisement, but with sober and humble trust that by holding fast to that which is good and rejecting from our midst that which is evil we may continue to be a nation at unity in itself and of service to the world.
It is good at a time like the present so to strengthen, and in part recover, our hold on the abiding principles of all that is best in our national life." 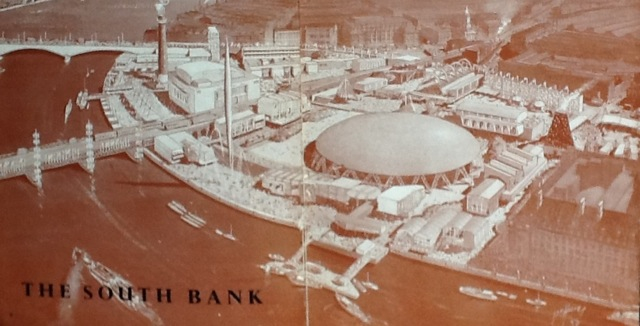 There were to be all kinds of activities across the land, and the South Bank of the Thames was to be transformed into a complex of wonderful buildings; there would be pleasure-gardens, fountains, scientific exhibitions, strange structures like the Skylon, open-air dancing, fireworks every night and many different eating-places.

It was, in fact, a very successful project, and thousands of people travelled into London to take part.
My father came up from Brighton, and we all met together and spent a lovely sunny day on the Exhibition Site.
The weather was beautiful, and there was a feeling of celebration in the air.
Although rationing was still in force, and there were still open bomb-sites in parts of London, there was a common feeling of hope and confidence.
There were crowds of visitors, all in their best clothes, enjoying the music and all the sights.

The Festival site covered 27 acres of the riverside, and was in three parts.
Upstream, the theme was The Land -- geology, agricultural development, mineral resources,transport and distribution.
Downstream, the theme was The People -- our origins, character, traditions, and everyday living; education, health and housing.
In the centre was the Dome of Discovery, and the emphasis was on science, exploration into space,the latest inventions and a glimpse of future achievements. 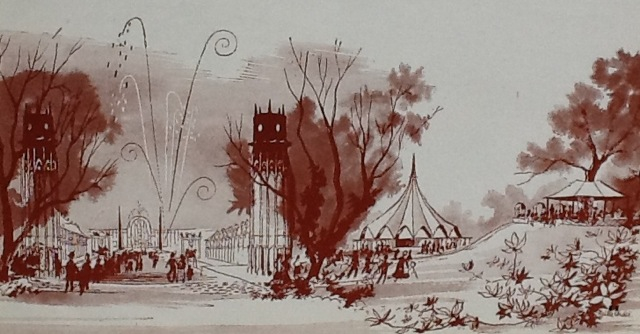 The Pleasure Gardens at Battersea were an attempt to recall the 18th century, when Londoners would promenade by the River and enjoy their surroundings, eat and drink and dance both day and night.
There was a treetop walk, a traditional fairground, a wide choice of eateries, music for dancing, fireworks and fountains.
From the Tree Walk there was a wonderful view of the constantly moving crowds. 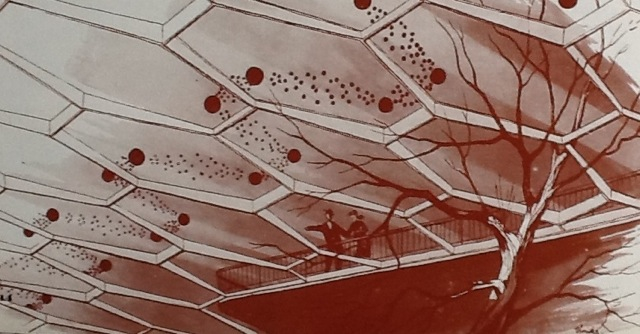 In May, 1950, the King and Queen visited the South Bank area to see how ideas were beginning to be put into practice.
It is noticeable in this photograph that, in spite of ths changing position of women in society, men were still predominantly making decisions.
At this time, as a well-qualified teacher, I was paid almost a third less than my male equivalent! 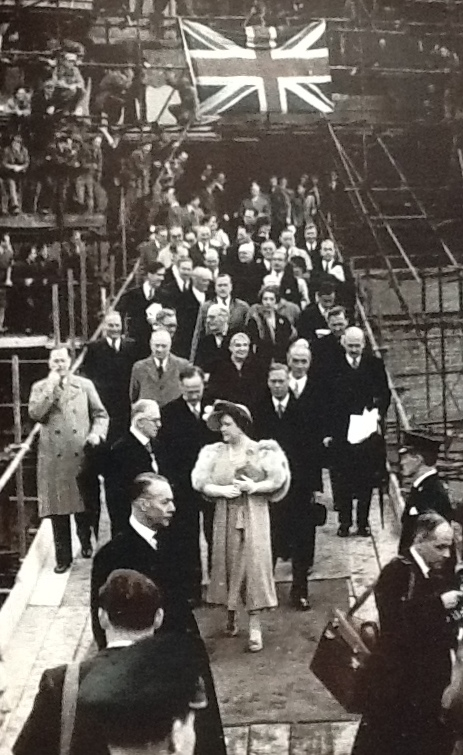 The South Bank, once a district of slum housing and warehouses, was completely transformed by the Festival.
The Festival Hall, built for the occasion, was the first of a number of buildings which now form the South Bank Centre -- the National Theatre, the Hayward Gallery, the Poetry Library,and the Purcell Room among others, making the largest area anywhere in Europe designated for the arts.
It has been well used ever since, summer & winter. 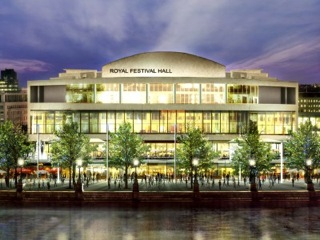 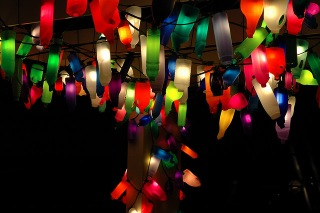 The whole area is still a magnet for tourists and Londoners alike, always alive, with exhibitions, concerts, restaurants and of course the changing views of the river. 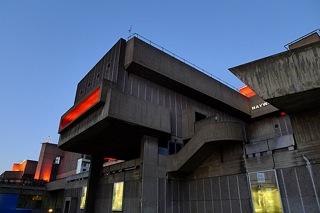 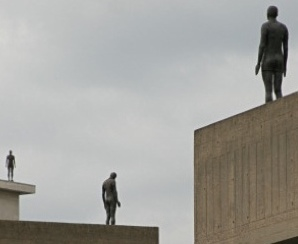 At the time of the Festival the activities were not all in London.
All over Great Britain there were displays, concerts, competitions and demonstrations.
Brighton celebrated Regency England by the Sea, at Llangollen there was the National Eisteddfod, at Worcester the Three Choirs Festival, at Bath the Grand Assembly, and at Stratford Shakespeare and his Histories.
A selection from the works of every important British artist was displayed in his(/her?) home-town gallery or museum.
Music was commissioned, ballets were performed, memorial plaques were placed on buildings; there was an outburst of creative energy, and during the summer it was possible to forget that foods were still rationed, and London was still showing the wounds of war. 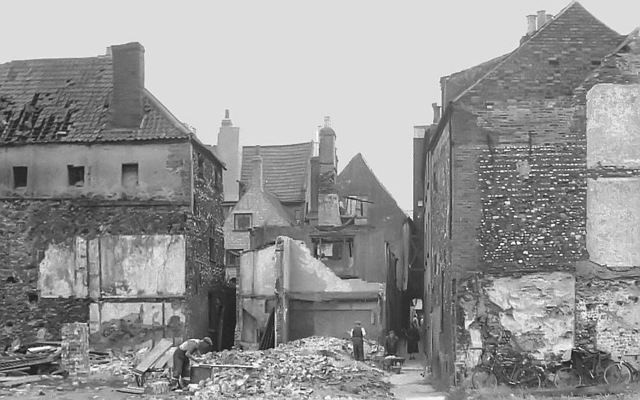 It was a time of hope and thoughts of rebirth.
People smiled on the tube,even when the trains were late.
A hundred years after the Great Exhibition of 1851,and after a painful period of war, we began to look forward to future growth and freedom from fear.
< PrevNext >