If you have not read the first part of this article, it would help if you went back and read it first....

WHERE DID THE RAGGED SCHOOL PUPILS LIVE?

Many of them were homeless,abandoned orphans - they slept at night where they could, under railway arches,in disused sewage pipes or barrels,under market stalls, in the warmth of an all-night baker's doorway.
When Lord Shaftesbury and some of his friends heard Dr. Barnardo talking about this,they thought he was exaggerating: he took them one night to just one area of dockland, where old crates and barrels were piled up under a huge tarpaulin.
When the tarpaulin was lifted,73 boys were found sheltering there for the night. 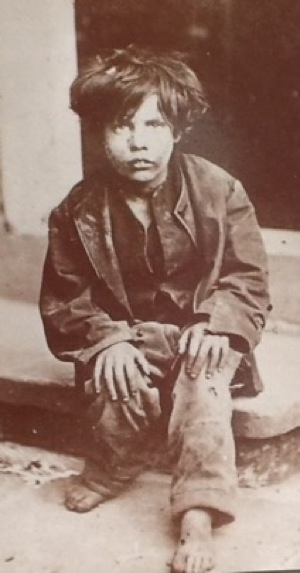 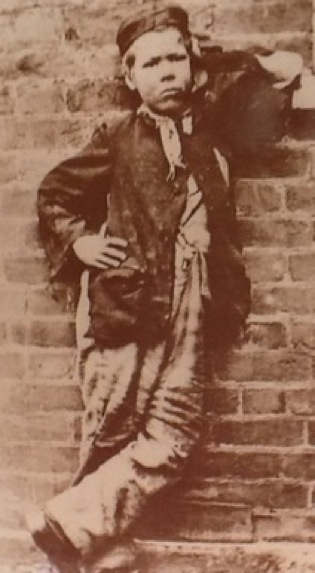 Shaftesbury was so shocked that he took them all, shivering and dirty,to a nearby inn & paid for a hot meal for them.

Henry Mayhew interviewed street children: one little girl refused a meat meal because she said she wasn't used to meat during the week.
She also said she didn't eat sweets because they were for children,and she wasn't a child.
She was eight years old,and worked all day selling watercress.
She couldn't go to school, she had to work.. 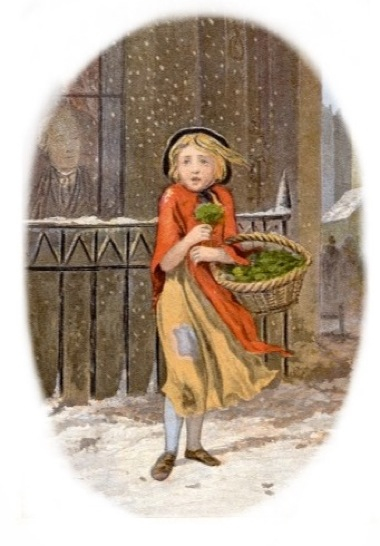 For those who had homes,things were not much better.
Ragged school pupils came from the ROOKERIES, the black slums, where cholera and typhoid flourished,where there were open sewers & dark,overcrowded rooms.
In one Ragged School in Edinburgh, when 55 home visits were made,only 3 houses even had beds.
In the other 52, the children slept on the bare boards, without bedclothes of any kind.

The parents of these children were frequently unemployed; many supported their families by petty crime or prostitution; they were beggars,pedlars piece-workers- food was short and the death-rate was high.
In Wapping in the 1860s HALF the POPULATION died of cholera,spread from the polluted Thames.
School, for children who lived in such conditions, must have been a welcome relief.
Unfortunately,poverty forced even small children to work during the week, and work itself could be dangerous. 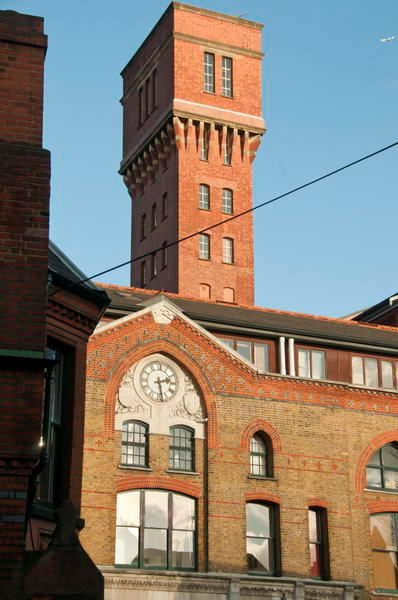 In the textile industry the fibres from the material got into their lungs and caused respiratory disease; in the potteries the lead used in the glazes caused skin problems & death from lead poisoning.

Near the Ragged School at Mile End was the Bryant and May match factory. 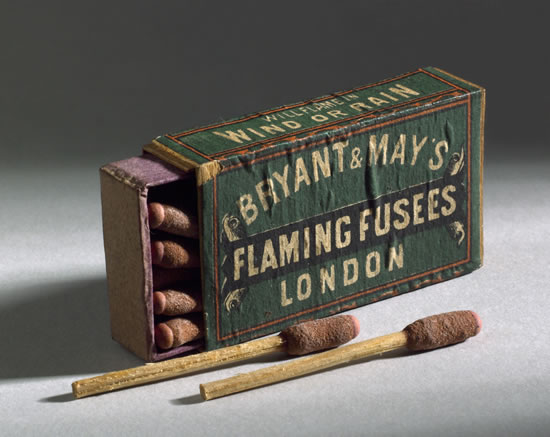 Phosphorus was used to make the match-heads, and it was deadly.
The young girls who handled the phosphorus and ate their midday bread at the same tables eventually contracted PHOSSY JAW,a kind of gangrene which rotted the jawbone- teeth & bits of bone could easily be pulled out.
On their way home these young girls, some of them only 12, would vomit into the gutter, & it would be luminous with the deadly chemical. 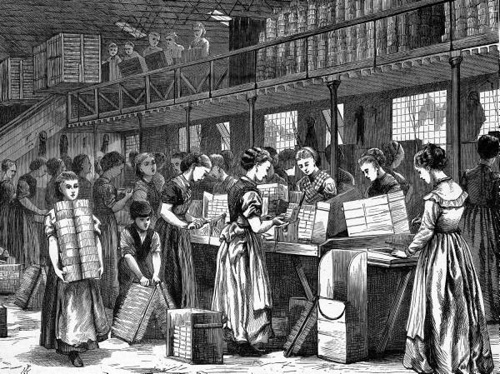 For working children, evening classes and Sunday schools were their only hope of education, and the Ragged Schools provided both.
They offered hope of escape to those who would otherwise have lived in utter darkness and despair.
By the 1850s the Ragged Schools in London had joined together to form the Ragged Schools Union.
In 1844 there were 19 schools; by 186 b9 there were195 day schools, 209 evening schools and 272 Sunday schools affiliated to the Union.
They had become areas of social concern, and did far more than the original intent of providing basic education for these children who had been abandoned by society. 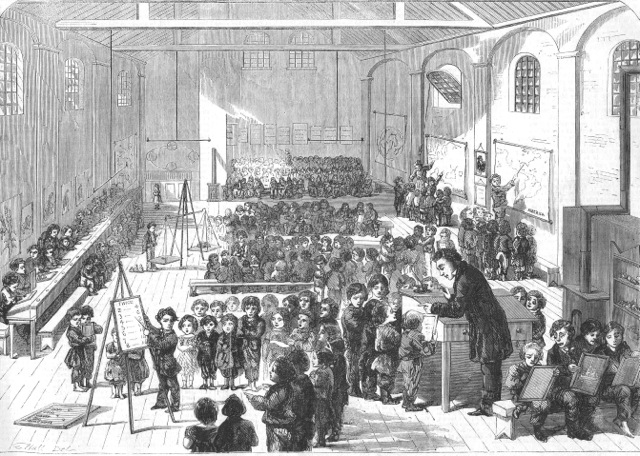 MORE THAN THE THREE RS

Because the children were filthy and verminous,quite early on there were moves to provide washing facilities - before entry to the classroom, time was allowed for a scrub-down in cold water.
In the school at Charing Cross,one of the founders wrote 'boys used to come in an indescribable condition,so that it was absolutely necessary to shave their heads and scrub them from head to foot.'
Some schools went further & provided boots and clothing for their pupils - sometimes the children changed into them for the day, and went home in their original rags.
Boots were stamped with the school name & receipts were issued when clothing was taken home, because parents were tempted to pawn or sell these gifts.

Home visits were made, especially when fever epidemics were sweeping through the slums.
Teachers cared for the sick,sent some to hospital,& distributed gifts of meat,bread,tea and warm flannel.
In spite of this, death rates were high.
Importantly, since it was all too apparent that the pupils were undernourished & came to school hungry, Ragged Schools did what they could to provide food during the school day.
This varied from school to school: at the Coombe Ragged School the children were given breakfast, a piece of bread at 1 p.m. & a dinner of cocoa or soup, or rice pudding, or bread & milk.
For many the school was their only source of food - unless they stole or begged.
It is not surprising that attendance rose dramatically during the winter months. 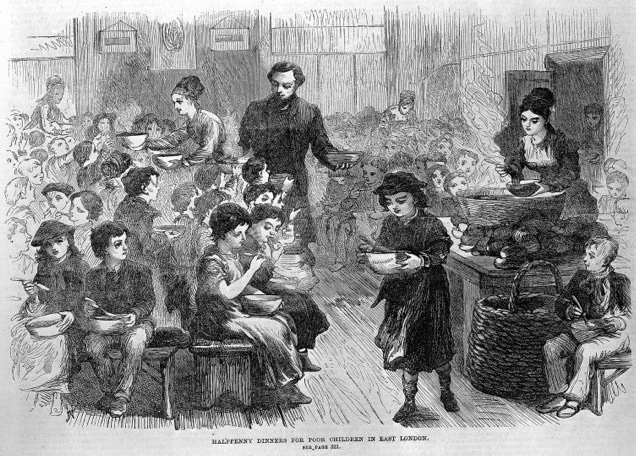 Dr, Barnardo organised regular events at which food was provided -500 children attended one of these, & at other times meals were given to factory girls & the aged poor.
At christmas-time the children were invited to 'Robin Teas' - one little boy,seeing chicken on his plate for the first time,asked,"Please Sir, is this real robin?" 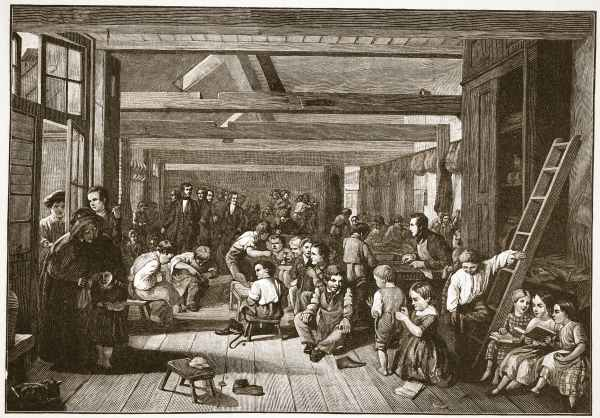 Very importantly, the Ragged Schools taught their pupils skills which would help them to earn a living free from crime.
The girls learnt to sew,knit,wash & cook: the boys were trained up as tailors,shoemakers or carpenters.
Pupils leaving school were provided with clothing for their first job - Dr. Barnardo even gave prizes to those who managed to retain their positions.
He set up a Woodchopping Brigade & City Messenger Brigade; there was a highly successful Shoeblack Brigade,& boys were given uniform & a box of equipment- part of their earnings went to pay for this,week by week.
Two training ships, the Chichester & the Arethusa,gave boys the opportunity to pepsre for a life in the Merchant or Royal Navy. 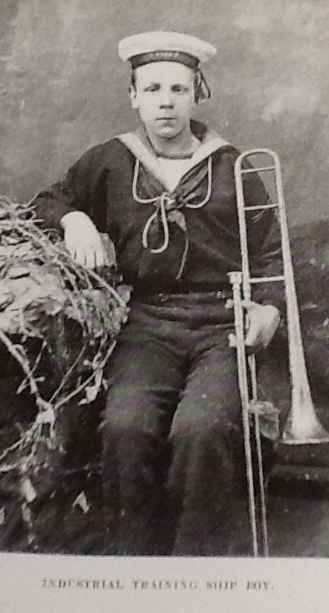 In all these ways,and with Holiday Schemes for sick children,and day outings,the lives of hundreds upon hundreds of needy children were lifted out of despair.
PROBLEMS
Of course, dealing with children who had been running wild was not easy.
Many of the teachers were gentlewomen,not all of them were trained: there were huge numbers of pupils,literally hundreds of them, & their motives werenot always straightforward (they didn't all come for education- many wanted shelter,food or simply sleep after a cold night spent in an empty barrel or under a barrow).

Lord Shaftesbury once made an unannounced visit to a new ragged school in London & wrote about what he found: ..... '
Only one or two lamps burning,all the windows broken,two of the teachers outside covered with mud from head to foot, while in the school the master was lying on his back with 6 boys sitting on him,singing 'Pop goes the Weasel'. 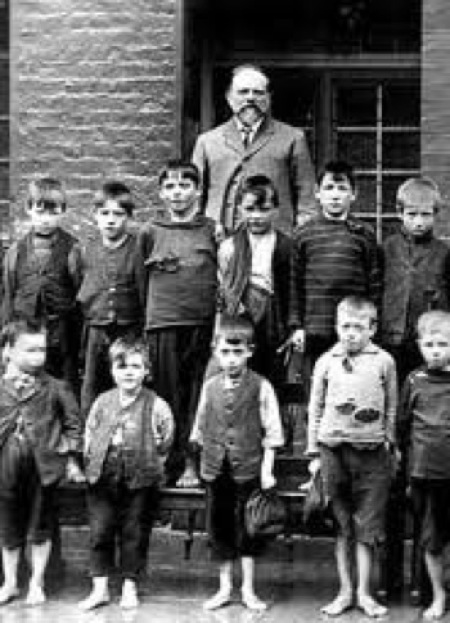 Charles Dickens wrote about another new school, - but also how the teachers slowly changed ruffians into a well-ordered group.
At first, he wrote,'The teachers knew little of their office, the pupils with an evil sharpness found them out, got the better of them,derided them,made blasphemous answers to the scripture questions, sang, fought,danced, robbed each other,seemed possessed by a legion of devils. The place was stormed over & over again, the lights were blown out,the books strewn in the gutters....'
Two years later he visited again,,and this time wrote: 'I found it quiet & orderly, full, lighted with gas, well whitewashed,numerously attended and thoroughly established.' 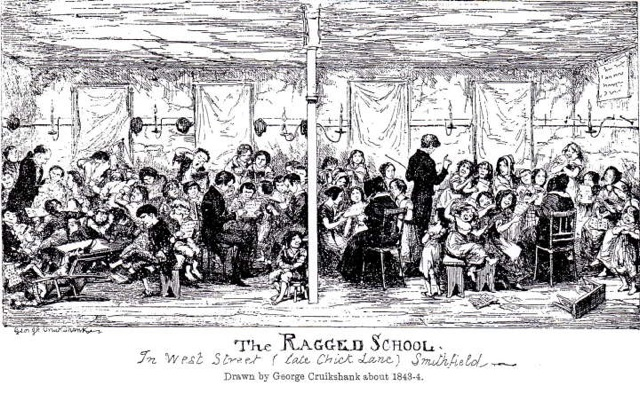 The teachers who gave their lives to these abandoned children performed miracles, yet society at the time gave them little respect.
Looking back, we can see that they had an enormous effect upon the darkest side of Victorian life, reducing crime and transforming lives.
It is because of them that today we take for granted free education,industrial training,criminal reform,sheltered housing,circulating libraries,home visits,and holidays for needy families.
Dr. Barnardo and Lord Shaftesbury live on in the Societies they founded so long ago.

Sadly, many now expect,but do not always truly value, the opportunities they are freely given.
< PrevNext >