How often have I been overstrict, with a bouncy class of teenagers!
One July, on the last day of term, I can remember how cross I had been with 3T because they had been very, very noisy while stacking the Hall chairs.
During the last hour of the afternoon every class was in their formroom with their tutor, and in most cases this meant complete chaos, which was excused as the summer holidays would begin the next day.

Not for 3T, however!
I had them all silent, sitting at their desks and completing a difficult word-search.
We could hear the shrieks and laughs and music coming from the surrounding classes, but in our room all was peace.
Not a single move, not a single word.
Heads down.

After about three-quarters of an hour, one of the boys pushed back his chair and stood up.
It was a bit like Oliver Twist and Mr. Bumble.
The others put down their pens and watched, in complete silence.
As he approached I could see he was carrying a small, dark blue box in one hand.
He held it out, saying "We got this for you, to say thankyou."

I opened the box.
Inside was a gold chain and a small gold pendant shaped in an 'A.'
They must have collected for some time!
I looked at them.
They were all smiling, broadly.
I looked at them and grinned back.

"Oh well, 3T, why don't you make me feel ashamed?"
We ended the year on a good note, and made perhaps even more noise than the rest of the school!
I loved that class.....

This poem is one of those I have by heart.
I find it touching.
The widower, still grieving, is struggling to bring up his sensitive son without a mother.
Has he been too harsh?
Looking at his son's little display of treasures, he wonders if his Heavenly Father will be moved to mercy by his own inadequate life-offerings at the end.

My little Son, who look'd from thoughtful eyes

And moved and spoke in quiet grown-up wise,

Having my law the seventh time disobey'd,

I struck him, and dismiss'd

With hard words and unkiss'd,

—His Mother, who was patient, being dead.

Then, fearing lest his grief should hinder sleep,

I visited his bed,

But found him slumbering deep,

With darken'd eyelids, and their lashes yet

From his late sobbing wet.

And I, with moan,

Kissing away his tears, left others of my own;

For, on a table drawn beside his head,

He had put, within his reach,

A box of counters and a red-vein'd stone, 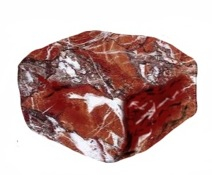 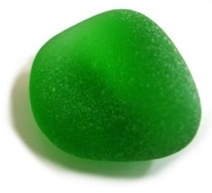 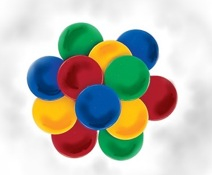 A piece of glass abraded by the beach,

And six or seven shells,

A bottle with bluebells, 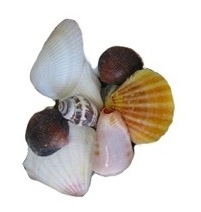 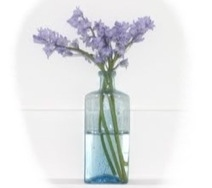 And two French copper coins, ranged there with careful art,

To comfort his sad heart.

So when that night I pray'd

Ah, when at last we lie with trancèd breath,

Not vexing Thee in death,

And Thou rememberest of what toys

We made our joys,

Then, fatherly not less

Than I whom Thou hast moulded from the clay,

Thou'lt leave Thy wrath, and say,

'I will be sorry for their childishness.'