We are inclined to tell stories as if they were absolute fact, without questioning them.

Because something has often be said, it has taken on a shell of truth.
There are other stories, which have been 'debunked', and again we accept what we have been told.
We treat them as untrue.
But are they?

Here are a few stories, or 'facts', you may recognise.
Before you read the comment, make up your mind.
Is the story true?

1 THERE ARE SEVEN COLOURS IN THE RAINBOW

The six-hue spectrum remains the convention of the artist.
It was Newton who produced a seven-hue model. 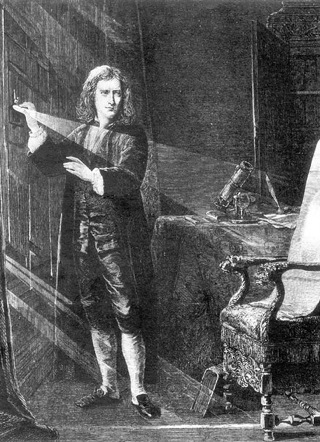 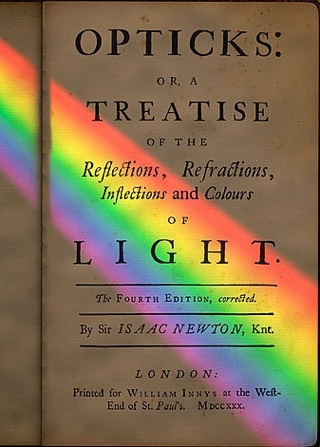 Here is Newton at work.

In ' Understanding Colour,' Linda Holtzschue suggests that 'because the students who pursue sciences are rarely the same ones who go into the visual arts, the differences between the two ideas generally go unnoticed.'
The extra colour in the light spectrum, named by Newton, is INDIGO.

Many people cannot distinguish indigo as a separate colour.
This is because, as Steve Farrow claims in The Reallful Science Book, 'there are actually only SIX colours in the well-known rainbow of light.' 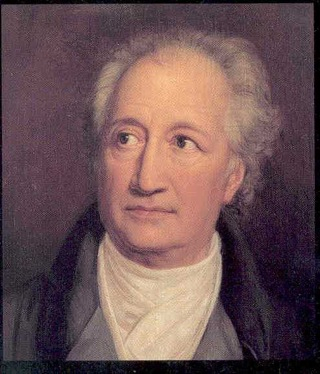 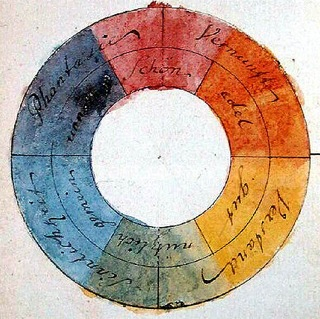 Here is Goethe with one of his sketches.

So where did indigo come from, if so many artists say there are six?

In the seventeenth century, English physicist and mathematician Sir Isaac Newton split sunlight through a prism and named the colours he saw.
Both Farrow and Holtzschue suggest that Newton "saw" seven colours because he was an alchemist, and seven was a lucky number.
Holtzschue says, 'Mysticism was a great part of Newton's time.
He may have included seven colours because of mystical properties associated with the number seven.
The Ancient Greeks saw a mystical link between the sevens- the days of the week, the musical notes,and the known objects in the solar system; in Nineteenth-Century Theories of Art we read 'Newton saw seven colours in the prism, presumably to find a poetical analogy with the seven notes of music; he has arbitrarily introduced, under the name of INDIGO, a seventh colour which is only a shade of blue: it is a licence that even the greatness of his genius cannot excuse.'

In Introduction to Light, author Gary Waldman explains that 'more commonly today we only speak of six major divisions, leaving out indigo, ......a careful reading of Newton's work indicates that the colour he called indigo, we would normally call blue: his blue is then what we would name blue-green or cyan.'

I found the colour cyan for the first time when assisting my husband with colour printing in the darkroom, and indeed the cyan filter was what I would call blue-green: apparently, Newton's blue!

Surely this cannot be true?
In an interesting book called ' Three Pillars of Liberty' we are reminded that under Chapter 89, Section 28 of the 1847 Town Police Clauses Act, it is an offence 'to beat or shake any carpet, rug or mat in any street, except those doormats beaten or shaken before the hour of eight in the morning.'
This 'largely forgotten' Act is 'still unrepealed....it prohibits a catalogue of activities ' on the street.
It is also illegal, under this section of law, to fly a kite, to make or use a slide on ice or snow, or to roll any cask, tub, hoop or wheel upon any footway; we must refrain from putting a servant to stand on the sill of any window to clean or paint it, and it is forbidden to sing any profane or obscene song.
It is also illegal to keep any pigsty at the front of any street (presumably it would be OK if it was at the back?)

The House of Lords authorized the continued use of this act in 1983, probably because it contains a clause prohibiting indecent exposure in the street.

But they made no attempt to repeal the remaining, quite useless sections. 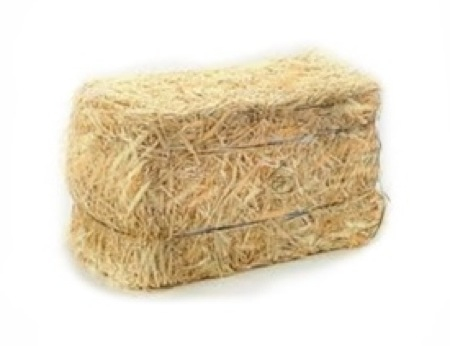 It was only in 1976 that Section 51, London Hackney Carriage Act 1831 was repealed.
It compelled the driver of a Hackney carriage( in those days a horse-drawn vehicle) to carry a bale of hay for the horse; until 1976, all taxi-drivers were breaking the law if they did not have a bale of hay in the boot of the taxi!

All my life I have heard this saying.
But is it true?
My mother would say,"Red sky at night, shepherd's delight: Red sky at morning, shepherd's warning."

It is an interesting fact that meteorologists and seafarers do agree with this saying.
Dr. Mel Goldstein, in the book 'Weather,' confirms its use; Elbert Mallory, author of 'Piloting & Seamanship,' calls it 'a reliable proverb.'
It is a very old proverb, so old it is in the Bible.
In St. Matthew's Gospel he writes, "When it is evening, you say, It will be fine weather: for the sky is red. And in the morning, It will be foul weather today, for the sky is red and lowering."(Matt.16 vv 2&3)
Shakespeare, in his poem 'Venus and Adonis' says: ' Like a red morn that ever yet betokened Sorrow to the shepherds, woe unto the birds..."
The Italian proverb is 'Sera rossa e bianco mattino, allegro il pellegrino,' which roughly means 'a red evening and a whitr morning rejoice the pilgrim.'

What is the opinion of the experts? 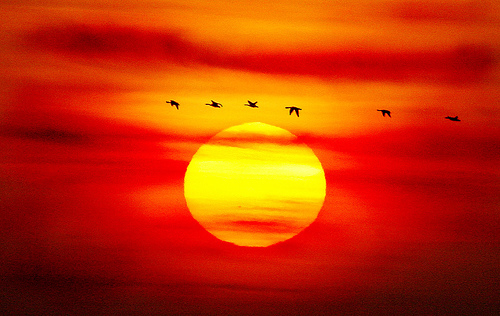 The Meteorological Office says that weather 'normally moves from west to east because our prevailing winds are from the west or southwest.'
Therefore, a clear western sky usually indicates good weather to come, but if the west is overcast, storms may follow.
If we can see the sunset, the chances are that the western sky is cloud-free with a dry atmosphere, and thats thw weather we can expect. In the morning, if we can see a red tinge to the eastern sky, that means the clear weather has probably passed over us snd s chsnge for the worse msy be coming.

You maybe dont remember Hedy Lamarr?
She was a very beautiful film star.
In the 1930s she was famous.
She apparently didn't think too highly of Hollywood stardom; she is supposed to have said, "Any girl can be glamorous. All you have to do is stand still and look stupid." 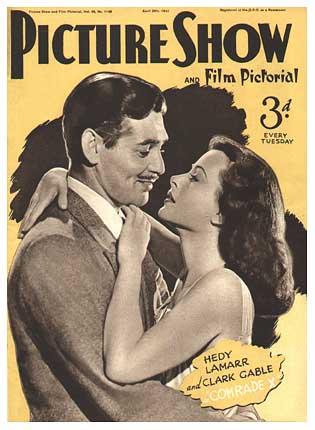 Years after her film career was over, in 1941, Hedy had a conversation with a naval officer at a party.
He was complaining about the trajectory troubles of torpedoes, and how they were liable to speed off in random directions.

Hedy went home thinking about the conversation.
She had a great deal of technical knowledge because her first husband, a millionaire munitions manufacturer, had not allowed her to work in films so for some years she went with him to meetings with technical and business associates and gained insight into the problems.

Hedy invented a 'frequency-hopping method of spread spectrum' to solve the problem ( dont ask me what that means! )
Working with a composer friend, she applied for a patent for 'the spread spectrum mode of transmission',and was granted US patent no.2,292,387 for an invention that allowed for ultra-secret communications.
Unfortunately, during the second World War she was an Austrian-born ' enemy alien' and her patent was confiscated by the US Navy.
It was not returned until the 1990s, so was not of much use.
However, the frequency-hopping technique she invented paved the way for modern spread-spectrum communication technology,which is used today in mobile phones and WiFi Internet connections.
I am very impressed.
To be so beautiful and so clever!

Elactric eels are actually fish, not true eels.
But do they actually generate electricity?
John Kricher, in his book 'A Neotropical Companion', warns that they can 'emit a jolt of 650 volts', which is more tan twice the voltage used to power electrical items in a British home.
He says electric eels 'should be appreciated from a respectable distance.'

Electric eels use this electricity for protection,to help them find their way,and to communicate with othr eels.
In 'Nature's Champions', Alvin and Virginia Silverstein call these creatures ' living storage batteries.'
They explain that electric eels produce the current by compacting their organs into the front fifth of their body and packing the remaining space with ' more than 5,000 tiny electric generators.'
The author of 'The Facts About Electricity," Rebecca Hunter, says that horses in shallow water have been ''knocked over by the electricity produced by elactric eels,' and there was a warning in ' Traveller's Health' that electric eels are 'capable of killing an adult human.'
In the early twentieth century, Robert Rydell describes a 'compelling scientific demonstration' in his book 'World of Fairs.'
A current generated by an electric eel, which was wired up in a New York Zoological Society exhibit, provided enough power to 'ignite magnesium flares along the Grest White Way'( Broadway)!
< PrevNext >