Place Names that are No More

I dont know about you, but I dont like big changes.
I didnt want decimal money ( I was very bad at Maths. at school, but I could always do money sums; I loved changing all the pennies into shillings, and then all the shillings into pounds, it made me feel really rich! ) and ever since the temperature reckoning went into centigrade I lost all count.
I had learnt that 32 degrees meant freezing, and that body temperature was 98.6 in Farenheit, and now I had to think completely differently.
I think in miles and feet and inches, because when I first learnt anything I really learnt it WELL, and I cant undo it.

Victor Meldrew winge over, here's an article about changing names, especially of places.
There are hundreds of places whose names have been changed, sometimes several times, and this means that they are often lost.
Here is an example.

This place name has been obsolete for about a thousand years, and in fact noone is quite sure where it came from or what it means.
It was the site of one of Britain's earliest Christian foundations, and was probably a beautiful spot on the banks of a shallow salmon river; by around AD 80 the Romans had a trading post there. 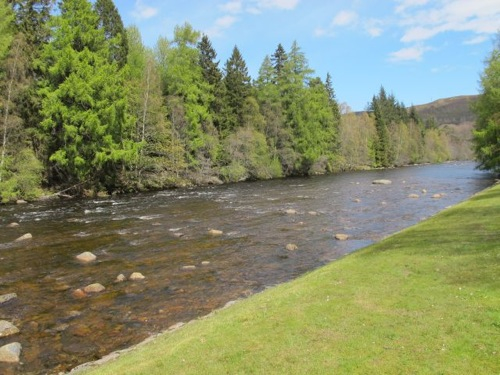 In the year 380 AD the Celtic saint Ninian consecrated a burial ground there; nothing else is recorded until the sixth century, when St. Kentigern and his monks arrived.
They liked the place so much that they stayed, and built a fine cathedral, which survived the Reformation.

In 1723 Daniel Defoe visited the place, and wrote that it was "the cleanest and beautifullest and best built City in Britain, London excepted."
By that time it was known by a different Celtic name, the meaning of which is "The Dear Green Place." 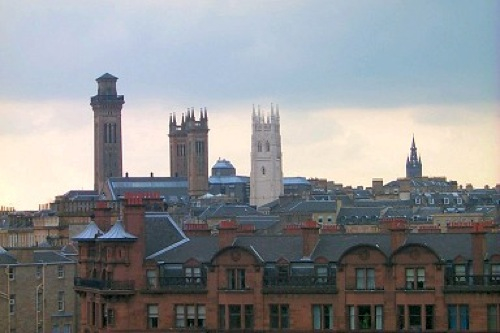 Today we call it GLASGOW....

This was once a very small, literally one-horse town in Illinois.
There was nothing much there, only a crossroads with a general store and a few houses.
The store was owned by a man called Henry Peck, so the signboard over the door said "HEN. PECK"; thus the place came to be called Henpeck.

In the United States there are two levels of importance as far as places are concerned; there are "incorporated" places and "unincorporated" ones.
The latter have no municipal government and are administered by a larger authority, so as soon as a little place like Henpeck gets a bit more size or importance the folk there apply to be incorporated.
As soon as Henpeck acquired its second horse the locals decided to step up and incorporate. 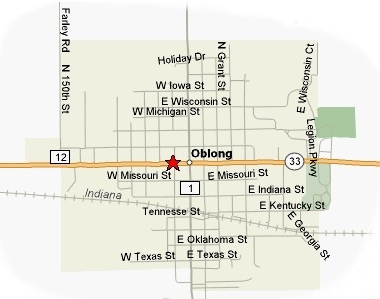 They didnt think"Henpeck" was a particularly inspiring name, and began to look for a better one.
They drew up plans for the application, and found that the shape of their expanded municipality was OBLONG.
From that date the township was known and registered on maps as OBLONG. 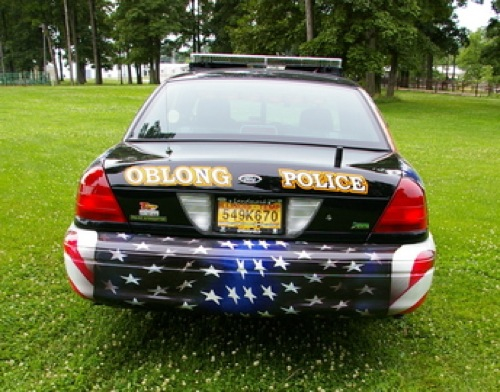 Meanwhile, another little place, known as North Bloomington because it was next to the incorporated town of Bloomington, Illinois, decided to register its new status by choosing a new name.
Since the Illinois State Normal University was in North Bloomington, the new name became NORMAL. 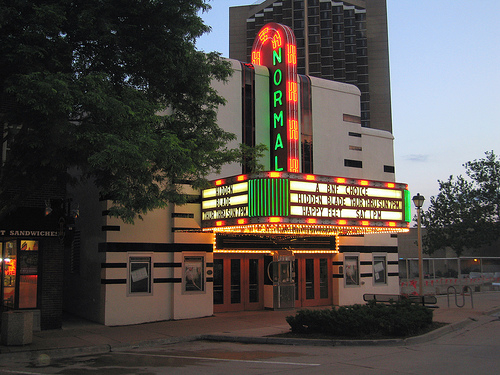 One day a young man from Normal visited Oblong, and met and fell in love with a young lady there.
Soon they were 'going steady,' and decided to marry.


3 SKILDAR: A PLACE WHICH HAS NO PEOPLE

This is a place whose name is a matter of legend and conjecture.
SKILDAR is how the remote island group we now call St. Kilda was named on a 16th century map, and we must suppose that this came to be misread as "S. Kilda."
There is not, and has never been, a Saint called Kilda; it is even doubtful that the name was meant to be applied to the islands(Hirta and its satellites Soay and Boreray).
Skildar means "shields" in Norse, which was the language of the islanders from the ninth to the fifteenth centuries, and may have referred to the shape of another, larger island nearby.
St. Kilda is a truly remote place more than a hundred miles from the Scottish mainland.
According to the fourteenth-century historian John of Fordun, it lies "on the margine of the world." 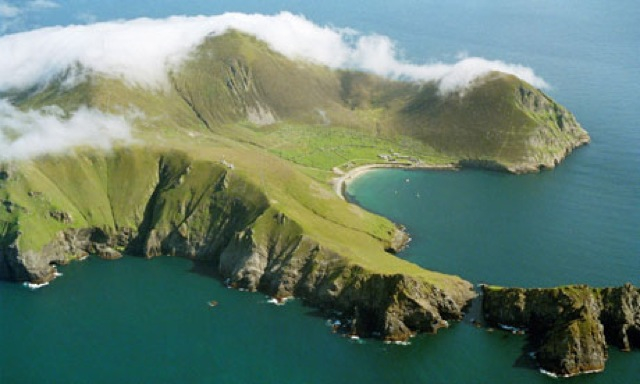 St. Kilda is unhospitable.
Hirta, the largest island, has only one small harbour; fierce storms batter it from September to April, and until a radio station was installed in 1913, there had been no means of communication with the outside world for thousands of years. 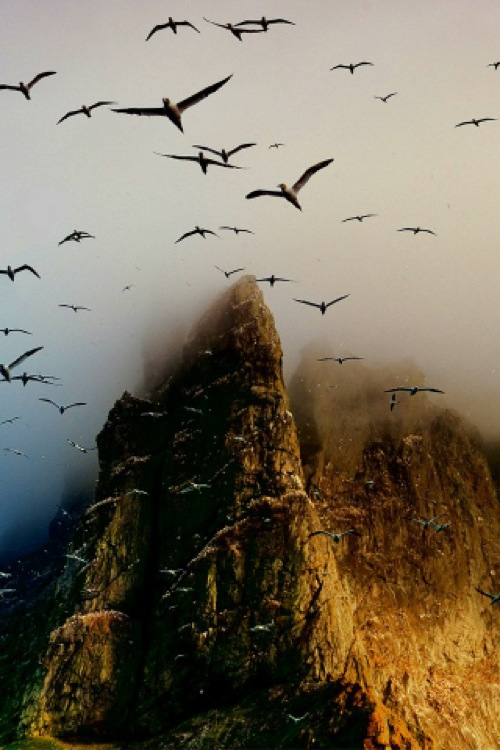 St. Kilda has volcanic crags which are said to be the highest in Europe; they rise to 1,400 feet, and the men of St. Kilda used to jump about like goats in attempts to collect the seabirds and eggs which were both their diet and their rent to the landlords, who were the Mcleods of Harris and Skye.
They would think nothing of being lowered over a huge precipice, carrying a sheep, just to get access to a few square feet of grazing on a grassy ledge.
Climbing skills were traditionally assessed as a measure of manhood: a St. Kildan young man could not marry until he had proved his skill by balancing on one foot on the Mistress Stone, a natural stone arch over a 250-foot drop. 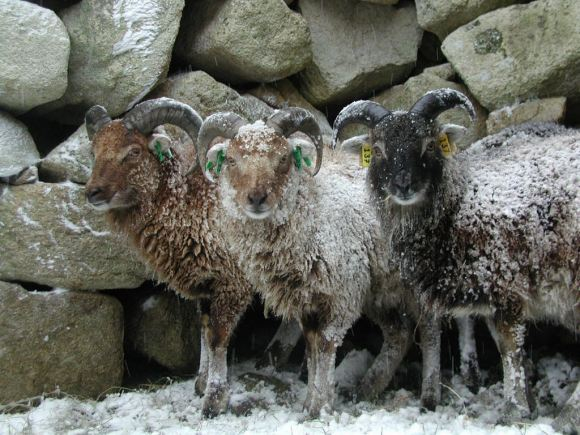 The sheep on St. Kilda are the archaic Soay sheep, who are thought to date from the Bronze Age.
They shed their wool naturally, and the St. Kildans did not need shears; they simply pulled off the wool.
Interestingly, Soay in the Old Norse means Sheep Island.
They are unique to the Island, as is the St. Kilda wren, one of several unique subspecies which have resulted from thousands of years of isolation from the mainland. 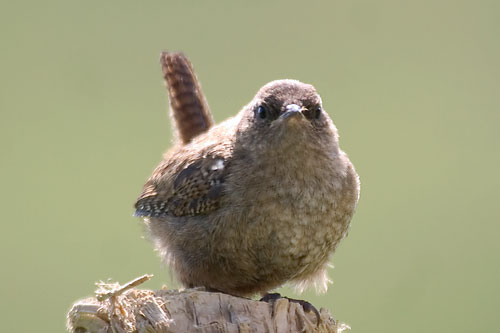 In 1898 the naturalist Richard Kearton spent some time on the Island and got to know the people well.
He wrote that they were in total ignorance of the outer world for most of the year, depending upon visits from some stray fishing smack which by chance, should the weather permit, might reach them.
It was said that, if an urgent message needed to get to the mainland, the only way was by the "St. Kilda Mailboat," which was merely a bladder for buoyancy, to which was tied a wooden box containing the message, with a penny for a stamp and a note asking the finder to put the letter in the post.
Apparently, when the wind and tide were right, this actually worked! 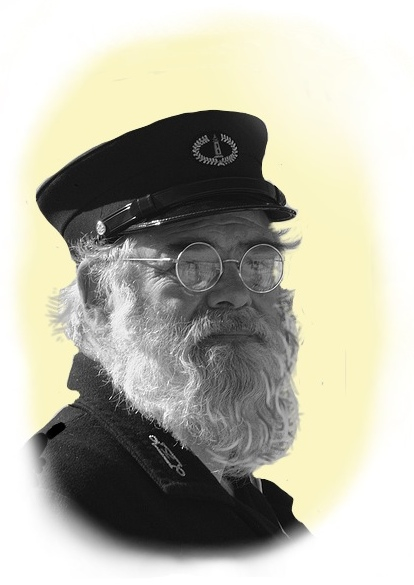 There is a story showing the result of this extreme isolation.
A St. Kilda woman was with a party travelling to the island of Harris.
The boat was blown off course and landed on an infamiliar stretch of coast.
As the group searched for human habitation, she got separated, and came to a strange tall tower.
She entered and climbed the spiral staircase.
At the top was a bearded man surrounded by light.
She fell on her knees and worshipped!
The lighthouse keeper was terrified and presumed she was mad.

Now the sad part of this story.
In the nineteenth century, tourism began.
The romantic, isolated island was "discovered."
Boatloads of curious victorian tourists began to arrive, weather permitting.
They brought with them knowledge of a completely different way of life.
The St. Kildans met sweets and drink and easy money.
One woman was so fascinated by an orange that she gave up a bale of tweed for it - her entire year's work.
She put it in a place of honour on her window-sill and watched it until it rotted away. 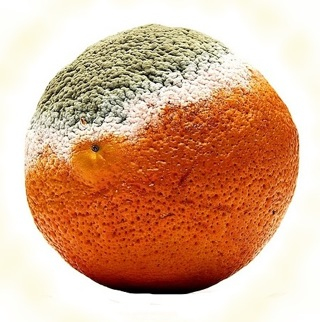 The tourists also brought infectious diseases.
By the end of the nineteenth century, the population was dropping steadily.
In 1920 there were only 73 St, Kildans left; eight years later, just 37 remained.
Fiercely as they loved their island, they did not know how they could manage as a society. 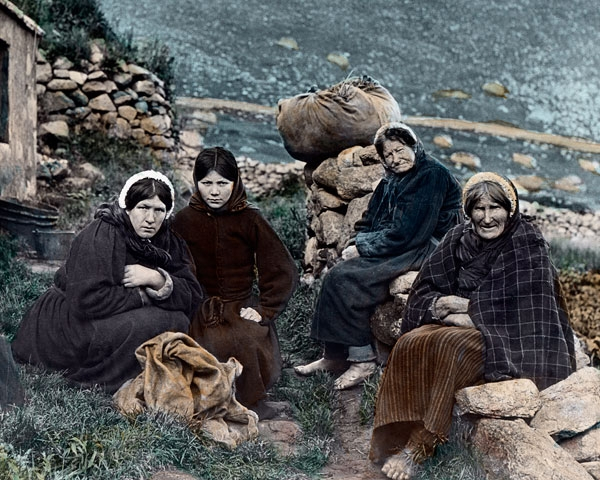 In 1930 they officially petitioned the British Government to evacuate them.
Their whole way of life had ceased to exist.
Many ended their lives in Australia.
The cottages have crumbled and lie in ruins. 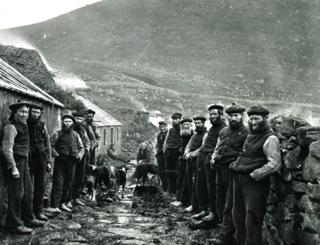 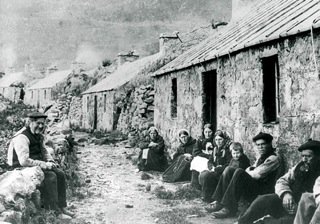 What of St. Kilda?
The largest island, Hirta, is now a tracking station for the missile firing range on Benbecula.
The only people living there are military personnel or volunteers working for the National Trust for Scotland. 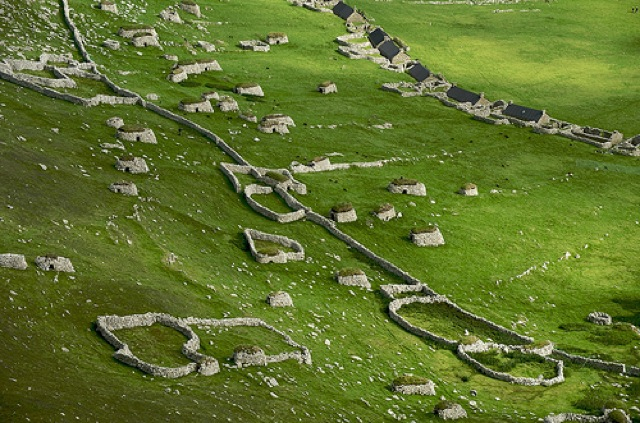 The St. Kilda subspecies of the house mouse, 'mus musculus', is now extinct. 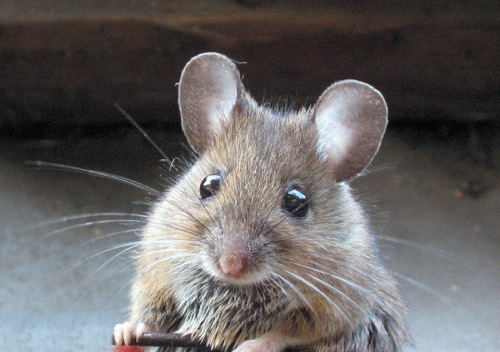 Amazing name changes, not always for the better I think. Loved the history of St Kilda, lifestyle similar to my grandparents in the West of Ireland. Kathy

Such a sad story of the island people! The picture of the women is touching, I think
#3 KATHLEEN JANKOWSKI 2012-08-29 14:32
Amazing name changes, not always for the better I think. Loved the history of St Kilda, lifestyle similar to my grandparents in the West of Ireland. Kathy
#2 Audrey Deal 2012-08-27 09:49
Quoting Mary Macdonald: