I hope you find this as interesting as I do!

Why are houses built around an alleyway called a Mews? 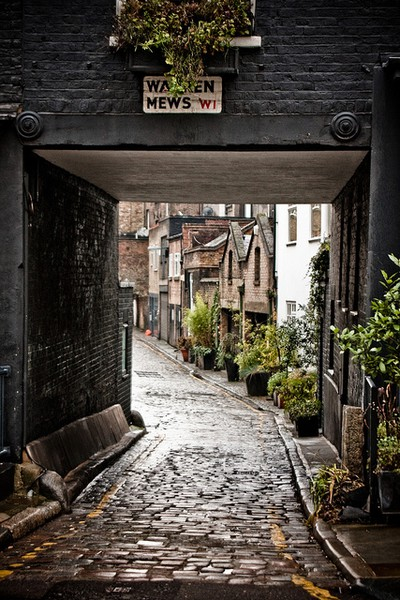 Many years ago, one of my class wrote in a History exam:
"And then the Normans came, and turned all our lame to mutton."
She was right!
The Normans added hundreds of French words to our language.
Mews is one of them. 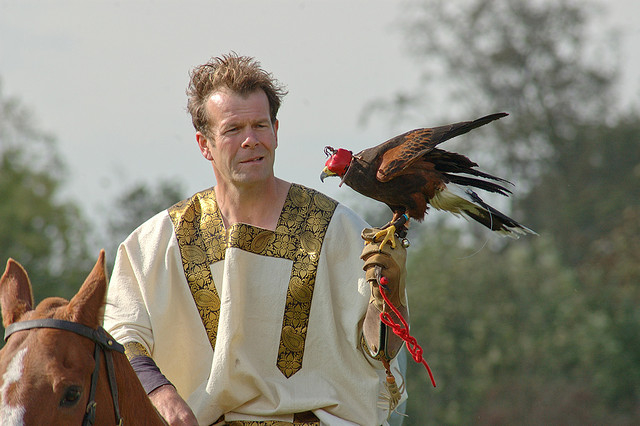 Falconry was one of the pursuits of the Norman aristocracy, and many of the terms used have been assimilated into everyday English.

A LEASH was once the strip of material used to secure the falcon.
A BLOCK was the platform upon which the bird stood.
A CODGER comes probably from a CADGER, the old man who carried the birds.
A LURE was a leather device used in training.
To MEW was to moult; if a bird was 'in mew' it was confined in a cage: the cages in which falcons were kept were subsequently known as MEWS. 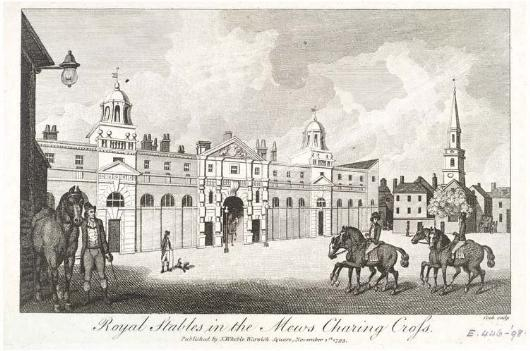 The Mews was the name of the former Royal stables at Charing Cross in London, so called because they were built on the site of the royal hawk housing.
Today's Royal Mews, near Buckingham Palace, got the name from the present figurative use of 'MEWS' for a group of stables or accommodation buildings built around an open yard. 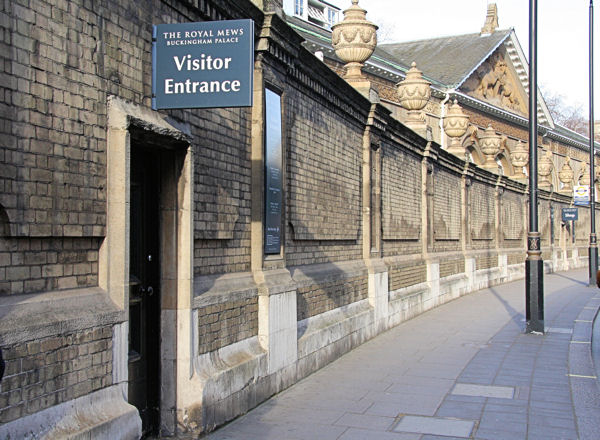 Where does this word come from?
It has a Greek origin, coming from the term OSTRAKON, the literal meaning being 'broken pottery.'

In Ancient Greek cities, any citizen who was thought to have exercised influence dangerous to the state was exiled for five or more years.
There was a democratic vote to decide on the final judgement.
Each person eligible to vote would write down the name of the person they wished to banish on a piece of broken pottery.
The pieces were all counted, and if the majority of votes agreed, the accused was 'OSTRACIZED.' 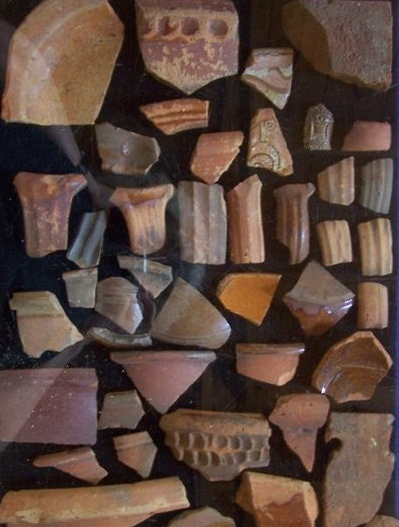 This word was in common use, until the nineteenth century, for the NEW GRASS that grew up after mowing or harvesting.

A MATH was a mowing of the grass, and MATHDAY was Mowing Day. 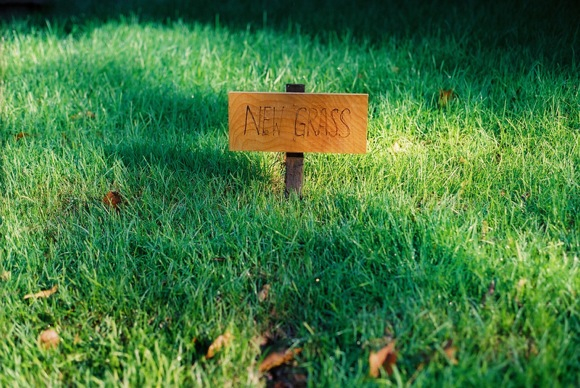 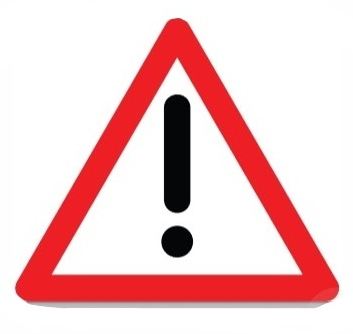 The question mark is from the word Quaestio, meaning 'questioning, investigation,' and indicating a query. QUAESTIO was abbrevated to a curly Q above the O, and the O became a dot. 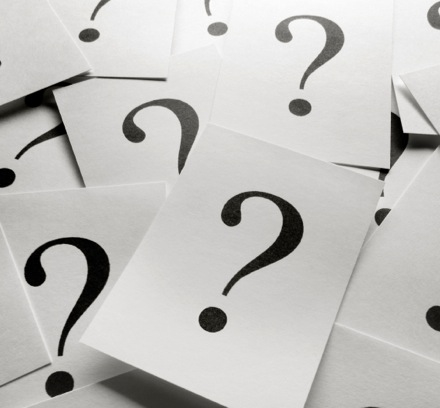 All these are from the Chambers English Dictionary. 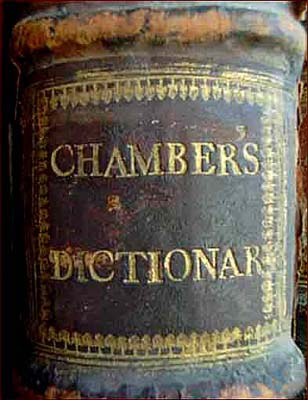 WAYZGOOZE
An annual picnic for members of the printing profession.

STILLICIDE The right to drop water on someone else's property.

CORSNED The practice of establishing someone's guilt or innocence by seeing whether they are able to swallow a large piece of mouldy cheese. 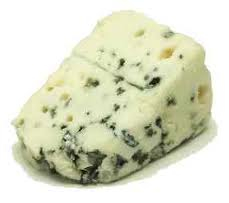 TAGHAIRM Divination, especially the inspiration sought by lying in a bullock's hide behind a waterfall.

QUILLOW A pillow that unfolds into a quilt. 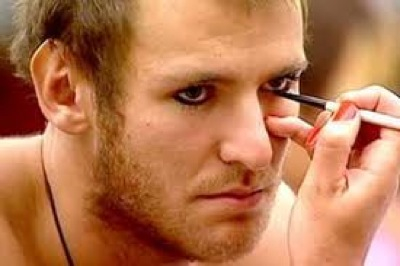 GRUBHOOD The condition of being a grub.

6 What was the very first KNOCK KNOCK joke?

It was in MACBETH! 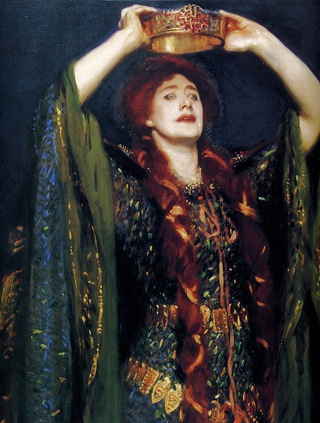 In Act II, scene 3, we meet a porter who has had a heavy night.
He hears a loud knocking at the door, (it is Macduff ), and talks to himself about how busy he would be, were he the gatekeeper of hell.
As each knock is heard, he describes several fictional characters who might be knocking; a farmer who hanged himself because of his poor living, a devious man who avoids telling the truth, and a tailor who saves money by making his customers' trousers too small.

Each character is greeted with a "Knock! Knock! Who's there?"

7 WHY do we say ROUND the BEND?

This comes from the nineteenth century, when in Victorian hospitals the mentally unsound patients were kept apart, in areas which could not be seen from the grand main drive. 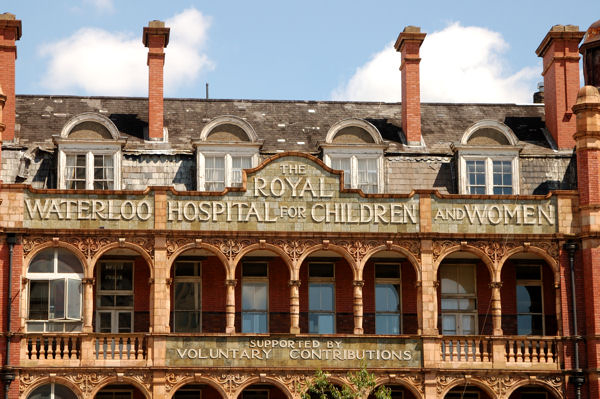 8 WHY A PARTING SHOT?

This comes from the PARTHIANS, an ancient race of warriors living in SW Asia.
They were very skilled fighters, and used exceptionally clever battle tacitics. 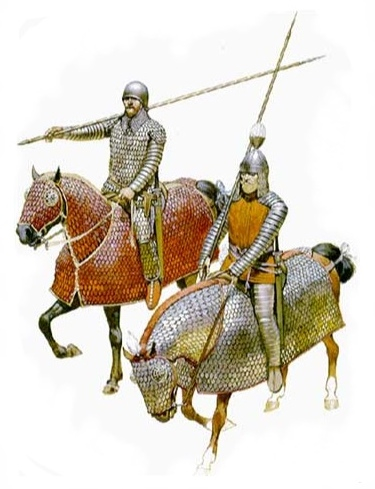 One of their deadliest manoeuvres was the strategy of pretending to flee, and then discharging missiles backwards at the unsuspecting enemy.
The final blow, or Parthian shot, became over the years corrupted to 'parting shot'.

This began as a Dutch term, VERLOREN HOOP, which means 'lost troop.'
It referred to a troop of soldiers sent ahead as the vanguard of an attack.
This band of men was far more likely to be lost in battle.
For the English speaker, the word 'forlorn' was already in use, meaning morally corrupted, and therefore 'lost.'
In the sixteenth century the sense of 'pitifully sad' took over, and so 'forlorn hope' was born. 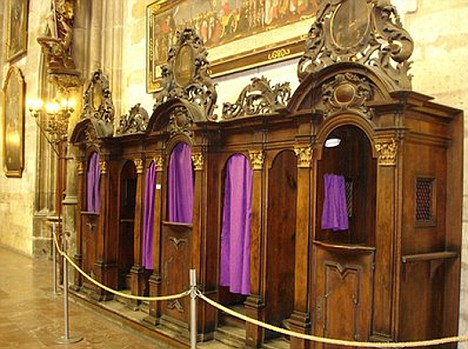 The word 'shrift' is from the verb 'shrive', which in the 8th century meant to give forgiveness of sins after confession and the imposition of a penance by a priest.
A convicted criminal, awaiting execution, would only have a short time to be given 'shrift' by the prison chaplain.
Hence, today's phrase; to give someone 'short shrift' is to treat them with no room for sympathy.

I hope you enjoyed these.
Our language is so rich in history, and owes so much to other cultures...
< PrevNext >