I have always loved blue & white china.
What is it that attracts us to blue & white?
Do you remember the striped blue & white pottery?
It was called Cornish pottery, and was made by T.G.Green & Co. in the 1920s. 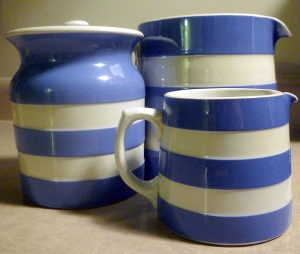 One of the employees said it reminded him of the blue skies and white-crested waves of Cornwall, hence its name. 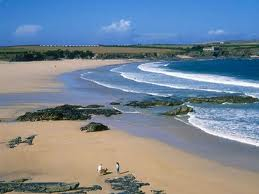 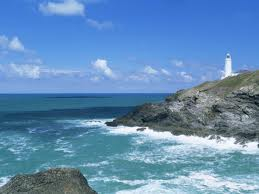 I still have my Dad's blue-and-white Cornish cup and saucer on a special shelf by my bed.
He broke the handle off, and glued it back because he didn't want to lose it, and used it for the rest of his life, which is why I like it so. 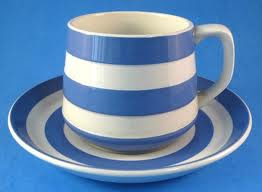 But my favourite blue & white china tells a story.
My mother had some plates in the design, and I loved them.
To have food with pictures was a double pleasure! 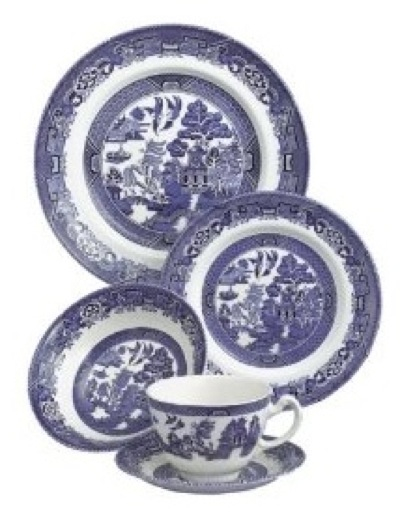 This is the well-known Willow Pattern.
As a child I was told the poem which describes the scene; like most Willow pattern literature, there are several variations.
In my book it is called an 'Old Staffordshire Song,' but I dont believe there is a tune;

Two pigeons flying high,
Chinese vessels sailing by:
Weeping willows hanging o'er,
Bridge with three men, if not four:
Chinese temples, there they stand,
Seem to take up all the land:
Apple trees with apples on,
A crooked fence to end my song.

Even as a child, I was not happy with the verse; there were obviously three people on the bridge,and according to the story one was a woman.
And the birds were doves, not pigeons.....

There are conflicting stories about the age and origin of the design.


According to the Victoria & Albert Museum, the pattern originated at the Caughley porcelain factory in Staffordshire in 1780 and was very soon being used throughout the Staffordshire area and in other pottery-making centres in England.
It is a typical oriental river scene, and there is not a known individual landscape design which could be claimed as the prototype.
There are two main border patterns, the 'Spode' and the 'Mosquito'; the first is the earliest.
It is claimed that Spode was the first factory to put the willow pattern on dinner services, and to use transfer printing for repeating the pattern.
However, some say that Minton were the first producers of the design.

The Spode border is the one I remember from my childhood.
It is an irregular geometric pattern which contains circular ornaments resembling wheels. 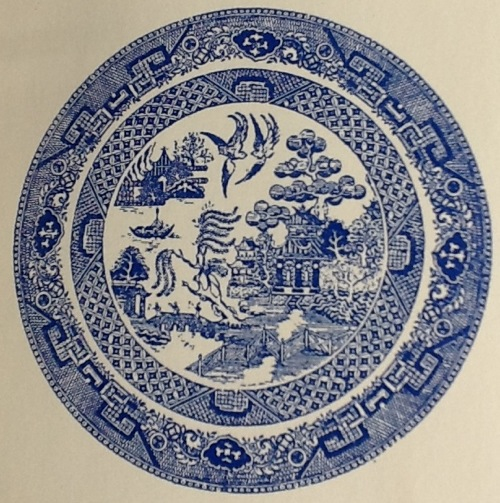 The mosquito border is more artistic, and combines flowers with a few conventional gnats (hence the name). 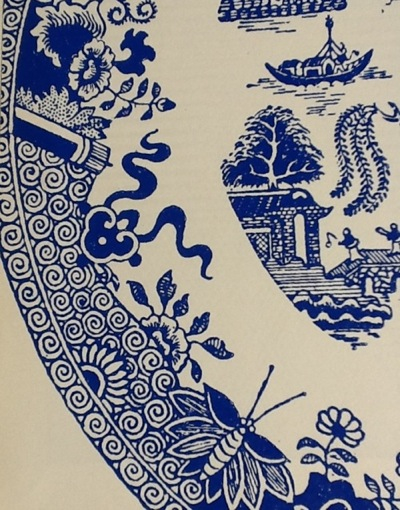 Now for the story. 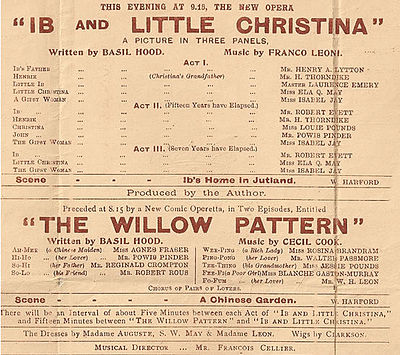 A comic Operetta called 'The Willow Pattern' was produced at the Savoy Theatre in November 1901, and had a short run. 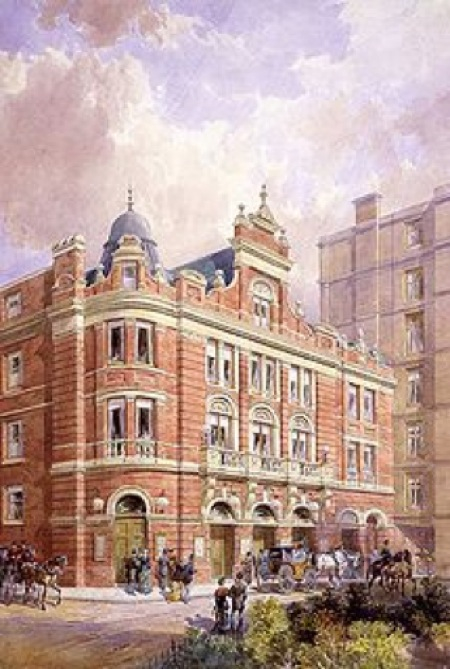 The operetta gave one of many versions of the story, but its origin does not seem to be at all clear.
Did the pattern give rise to the romance, or was there a Chinese tale which gave rise to the pattern?
Since there is no concrete evidence on the subject, I shall tell the story I was given as a child in the 1930s.


Once upon a time there was a rich Mandarin who had a beautiful daughter, Koong -se.
He lived in a luxurious mansion, surrounded by gardens. 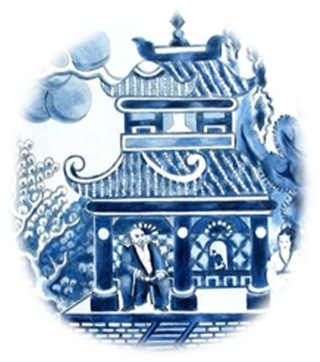 He had a secretary, Chang, who fell deeply in love with his master's daughter.
When the Mandarin discovered this, he was furious.
He thought Chang was unworthy of his daughter, and immediately sacked and banished him.
A strong fence was built around the gardens of the estate, so that Chang could not see his beloved and she could only walk in the grounds and to the water's edge. 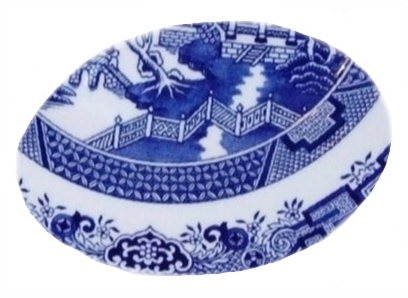 Day by day she wept and wandered among the trees, and Chang was unable to look upon her face.
She grew thin and pale.
One day a shell, fitted with sails, floated to the water's edge.
Koong-se bent down and found in the shell a poem and a love-token, a bead she had once given to Chang.
He loved her still, and was not far away!
But all was not well.
Her father announced that she was betrothed to a noble warrior Duke.
He was on his way to her, bringing a rich gift of jewels to celebrate the betrothal.
Koong-se was in despair.
There was a great betrothal banquet,and hundreds of people came to join the celebrations.
Chang had not given up, however.
He disguised himself in a servant's robes, passed through the guests unrecognised and came to Koong-se's room.
They embraced, and vowed to run away together.
Everyone had drunk so much wine that the lovers almost escaped without detection, but at the last moment Koong-se's father saw them and gave the alarm. He chased them over the bridge. 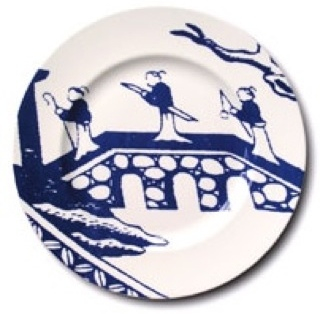 They escaped, and for a while were happy on a distant island.
Chang became famous for his poetic writings.
Alas! His fame was his undoing.
The Mandarin heard about him, and sent his guards to destroy him.
Chang was killed, and in her grief Koong-se set fire to the house while she was still inside.
So they came to a sad end; but the gods, touched by their love and faithfulness, turned them into two immortal doves, eternally flying together in heaven. 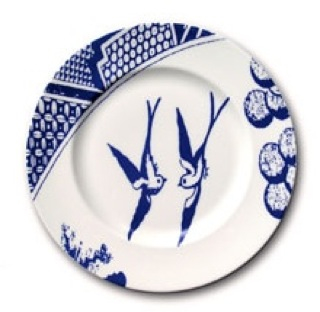 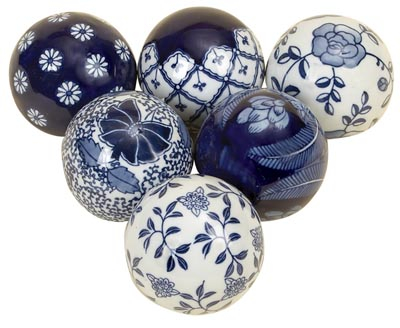