Some time ago, I wrote an article about counting sheep in Cumbria. 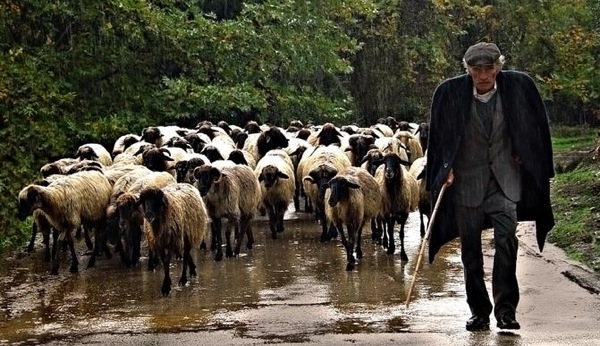 There is a similar method in Lincolnshire, where shepherds have since mediaeval times counted thus:

Lincolnshire shepherds counted in groups of twenty, starting with Yan and ending with Figgit.
If a shepherd had more than twenty sheep, he would mark the first cycle by putting a pebble in his pocket, or scraping a line on his crook, and so continue.
If he had a hundred sheep, he would have five pebbles in his pocket. 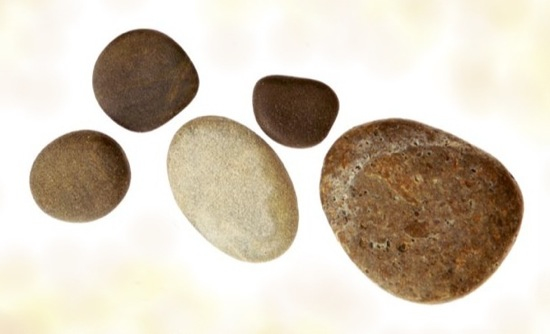 With this system, counting to one hundred means repeating adak 50 times - not easy in the market-place!

Five, ten and twenty are the most common bases for a number system.
Obviously, human beings first begin to count on their fingers ( just watch little children, they dont need to be taught to do it!) 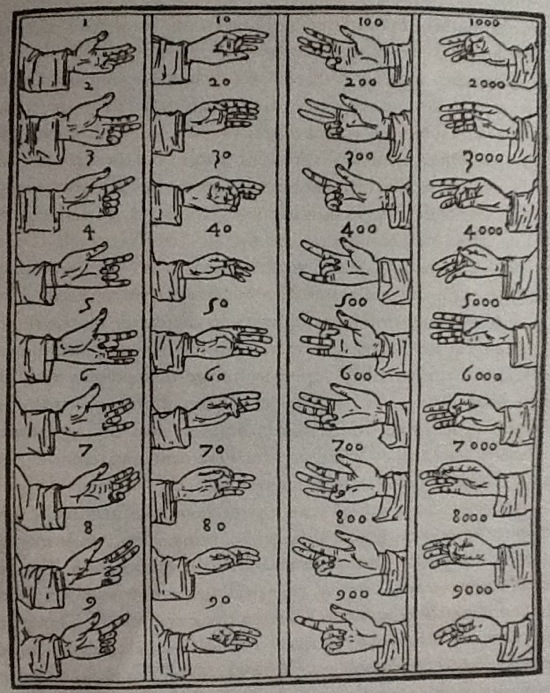 In some parts of the world, this practice still continues.

In India, traders who want to keep their transactions secret from bystanders have a way of touching knuckles behind a cloth.
For me, the most interesting way of 'body-counting' is from Papua, where the Yupno have a system that gives numbers up to 33 for different parts of the human frame. 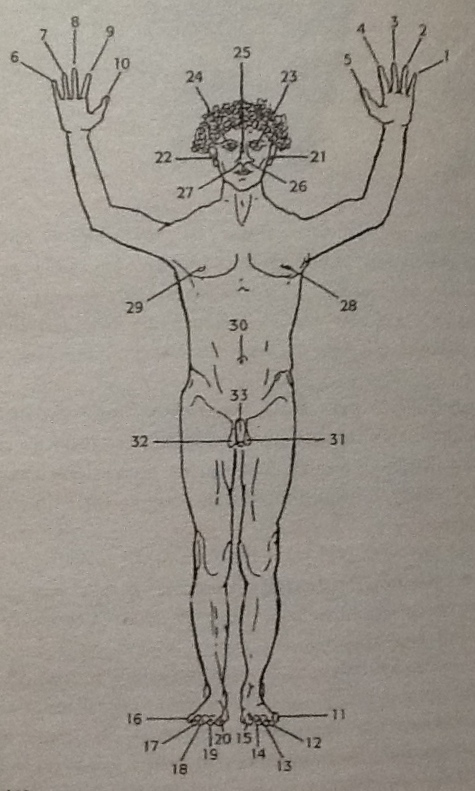 The simplest form of numbering is the TALLY.

The Incas counted by tying knots in ropes.
Cave dwellers painted marks on rocks.
The oldest tally stick is a 35,000-year-old baboon fibula found in a Swaziland cave.
It had 29 lines scratched on it, probably a lunar cycle.

Tally sticks were used as a form of British currency until 1826.
In the twelfth century, the Bank of England issued tally-sticks which measured their monetary value based on the distance of a mark from the base.
In 1186 the Lord Treasurer set out the values as:
£1000 Thickness of the palm of the hand
£100 Breadth of a thumb
£20 Breadth of a little finger
£1 Width of a swollen barleycorn

The system worked like this:
A piece of wood was split down the middle.
The two parts were called the STOCK and the FOIL.
A value was marked(tallied) on the stock and also on the foil, which was the receipt.
The customer kept the stock, the Bank kept the matching foil.
This is the origin of our words stockholder and stockbroker.

In 1834, the practice was abandoned.
The Treasury decided to get rid of all the obsolete pieces of wood, which were put in a furnace under the Palace of Westminster.
Unfortunately the fire spread out of control.
Charles Dickens wrote:
"The stove, overgorged with these preposterous sticks, set fire to the panelling; the panelling set fire to the House of Commons; the two houses of government were reduced to ashes." 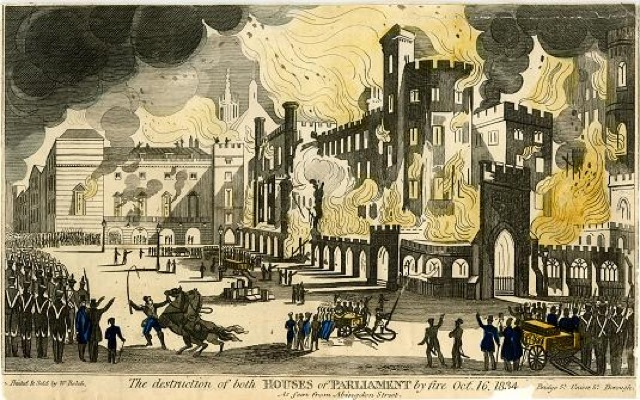 The tally system brought down a parliament, and when all was rebuilt we had a new clock tower.

Big Ben was the result!!
< PrevNext >