I am going to tell you about one of the strangest, most magical mystery tours I ever experienced.

It was about 15 years ago.
A friend told me that there was a house in the Spitalfields area I should see.
At that time I had never heard of Dennis Severs, or the house, but I was interested and agreed to visit for a guided tour one evening.
Groups were restricted and I remember thinking it was quite expensive.
We arrived late and out of breath.
It was dark and there was a moon.
There was an imposing door, which was opened to us ,and we rather shamefacedly entered, to stand with a small silent group in the dark hallway.
The door shut, heavily. 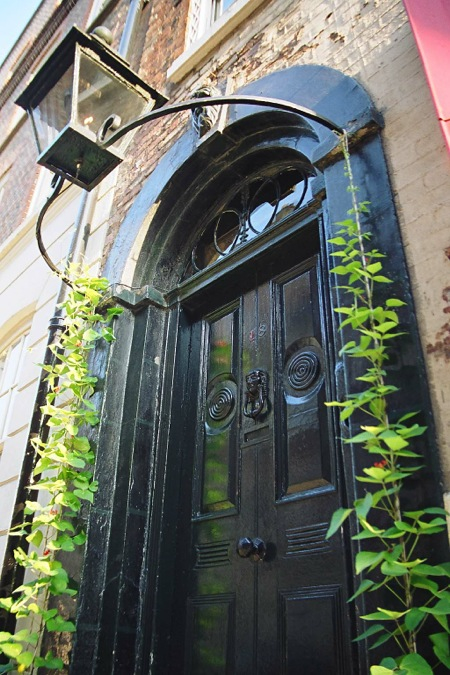 Lamplight shone through the panes of glass above the door.
We heard the sound of horses' hooves in the street outside, perhaps a coach or cab?
We were trapped in a different timespace.

For the next hour or so we would be breathing earlier air, smelling fabrics and powder and edibles and even urine from another century.
The voices, laughter, music of the family in the house would every now and then be heard through a door or from the stairs above.
We would be ghosts from the future, visitors to another time; the family were real.

Throughout the visit we caught glimpses of them, snatches of their voices, always just ahead of us as we were taken on our journey.
Dennis stood before us, very serious and not to be trifled with.
He told us we were to keep together, to keep up, to look and not to speak, and he meant it.

The house was a living history-book. 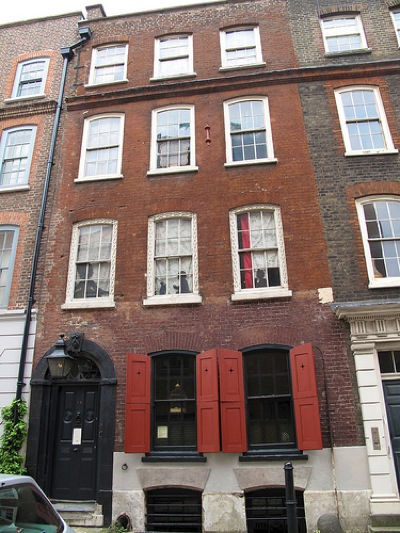 Dennis, an American, bought 18 Folgate Street in 1979, and started on a programme to refurbish the ten rooms of the house, each in a different historic style, mainly from the 18th and 19th centuries.
He lived in the house, and slept in each of the rooms in turn, dreaming of its inhabitants. 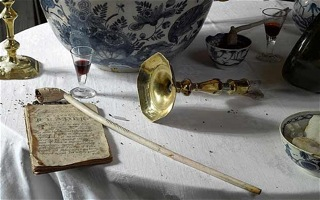 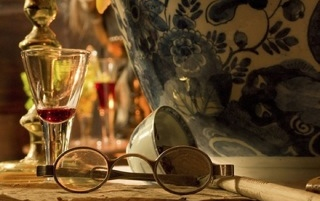 There were no modern aids, and he lived as they did: firelight and candles sufficed.
All the furnishings and artefacts were discovered in street-markets in London. 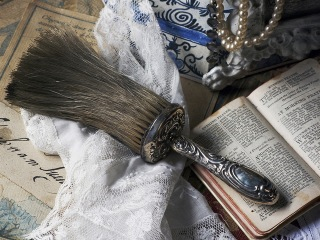 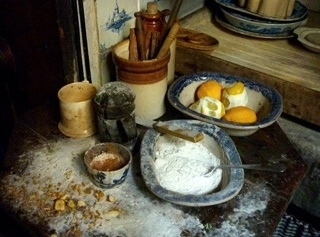 The rooms are arranged as if they are in use and the occupants have only just left—the 'Marie Celeste' approach.
There are therefore displays of items such as half-eaten bread, and different smells and background sounds for each room. 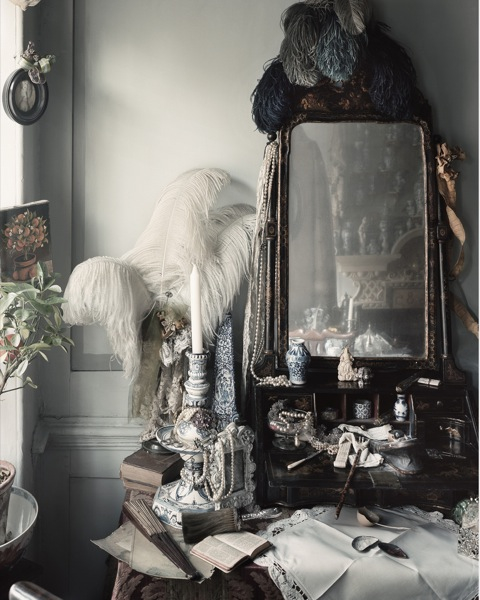 He wrote: "I worked inside out to create what turned out to be a collection of atmospheres: moods that harbour the light and the spirit of various ages."
As he put it, he did not want so much to "restore" the house with its panelled rooms, "but to bring it to life as my home.
With a candle, a chamber pot and a bedroll, I began sleeping in each of the house's 10 rooms so that I might arouse my intuition in the quest for each room's soul." 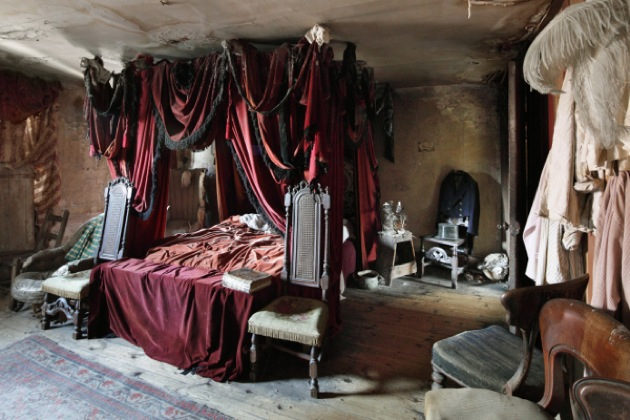 Woven through the house is the story of the fictional Jervis family (a name anglicised from Gervais), originally Huguenot (French Protestant immigrants) silk weavers who lived at the house from 1725 to 1919.

At one time the Terrace was home for many families of master weavers escaping from France, who flourished for a long while in England.
Each room evokes incidental moments in the lives of these imaginary inhabitants. 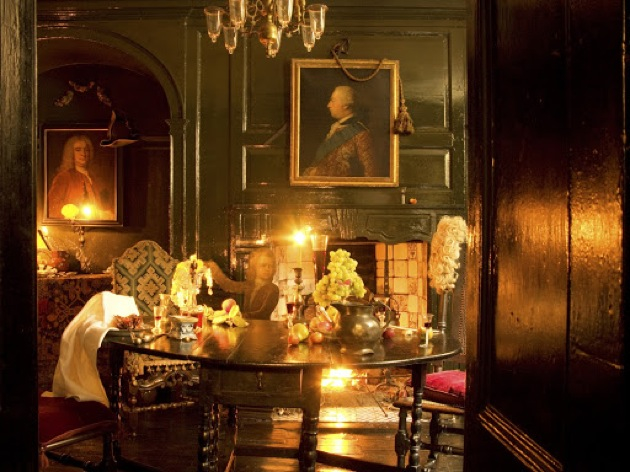 Writer Peter Ackroyd, author of London: the biography, wrote: "The journey through the house becomes a journey through time; with its small rooms and hidden corridors, its whispered asides and sudden revelations, it resembles a pilgrimage through life itself.”

At times this was in fact quite frightening; it was hard to tell what was real and now. 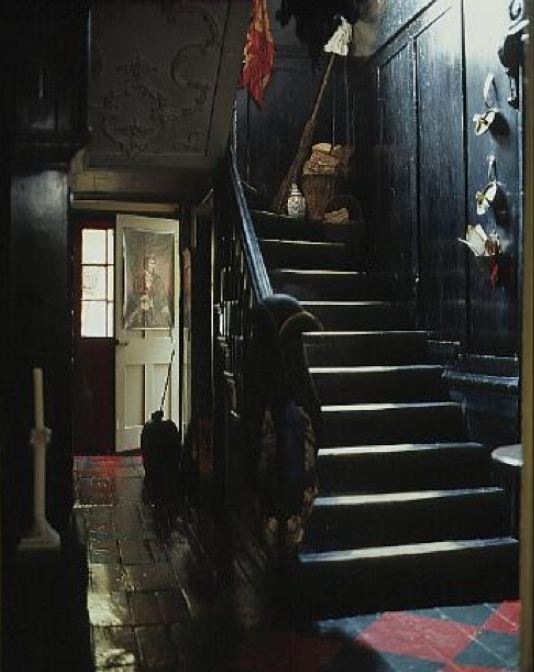 Behind us, the black heavy staircase led up to the attic.
We went silently down, through the cellar 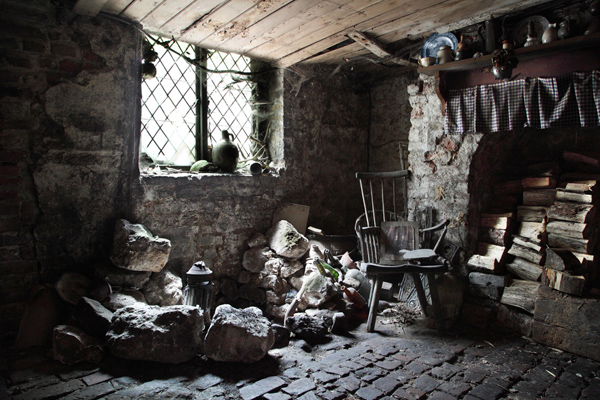 and down steps into a kitchen.
There was a warm fire,and a smell of baking, and a cosy cat.
Someone had been preparing vegetables. We were at least a hundred years out of date. 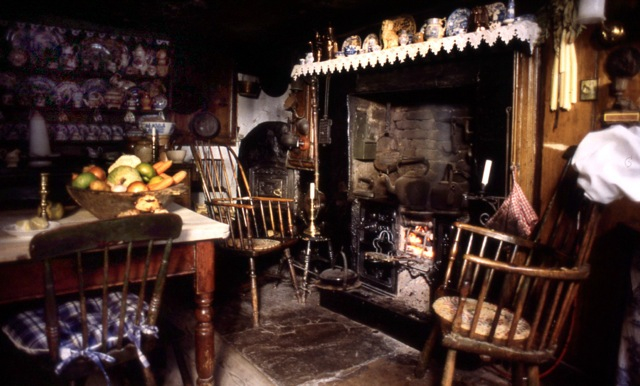 Dennis told the family story and introduced the characters as we moved up the house through time and space,every floor opening a new experience.

Each room was furnished to the last detail, and felt lived-in.
Warmly lit by fire and candles, true to its time. 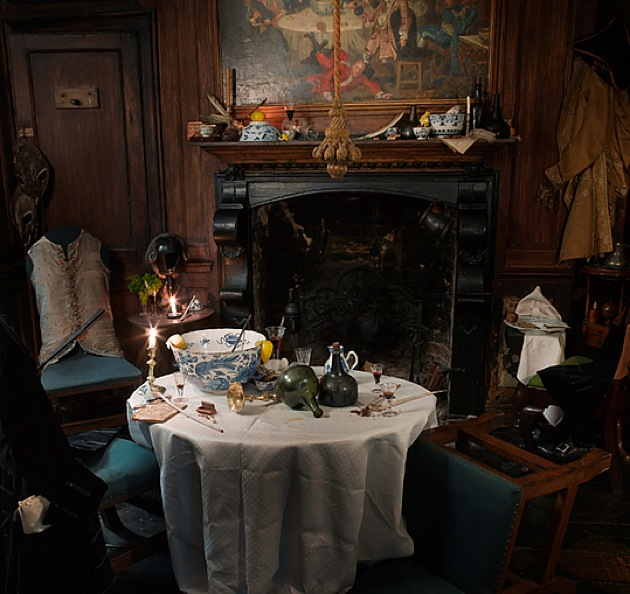 In a museum the artefacts are pristine, polished, ornaments.
Here they were real and used. 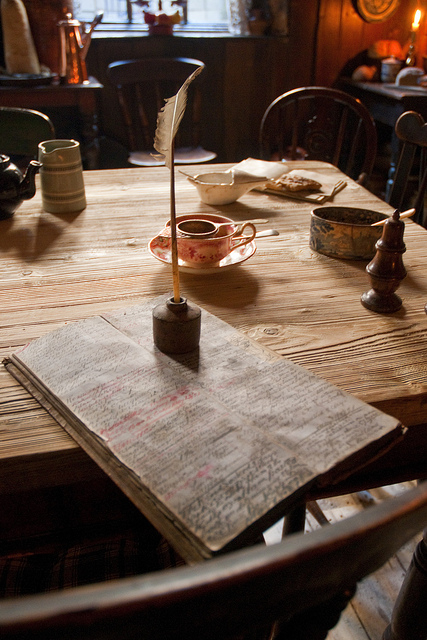 Floor by floor we moved like lost sheep; we were led up the stairs and into rooms which took us through the prosperous years to the time when the silk industry was in its final crisis, and at the top of the house we reached the Dickensian contrast, the bare, harsh chill of a single rented room, with no coals in the grate. 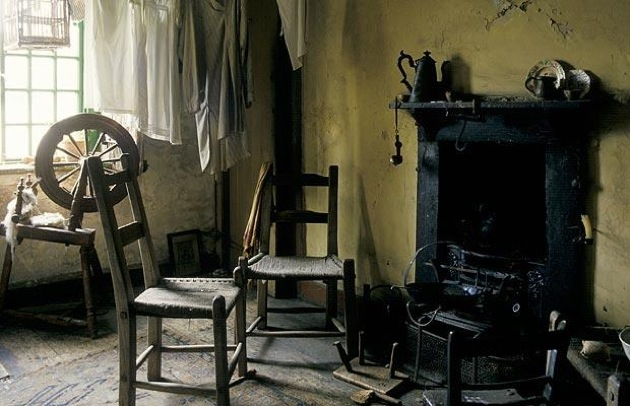 When we reached the bottom of the house again, by the back stairs, we could hear police calling to each other and see their torches flashing; they were searching the back yards for Jack the Ripper....

At the end of the evening I was exhausted.
I felt that I had lived lifetimes.

I felt, truly, that I had left some of myself in the house, adding to its history.
Dennis Severs undoubtedly had a creative and original mind.
I still look back on that evening as one of the most interesting I ever spent. 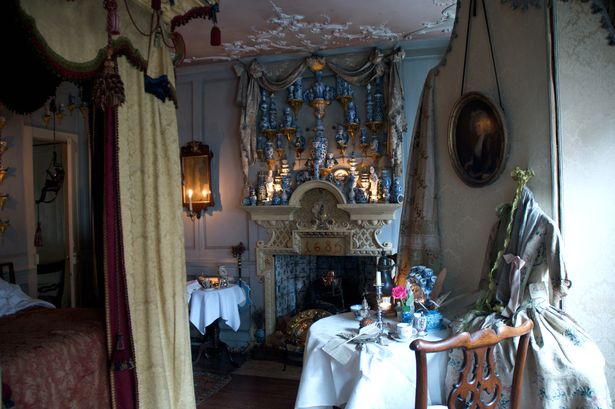 Painter David Hockney has described the house as one of the world's greatest works of opera. 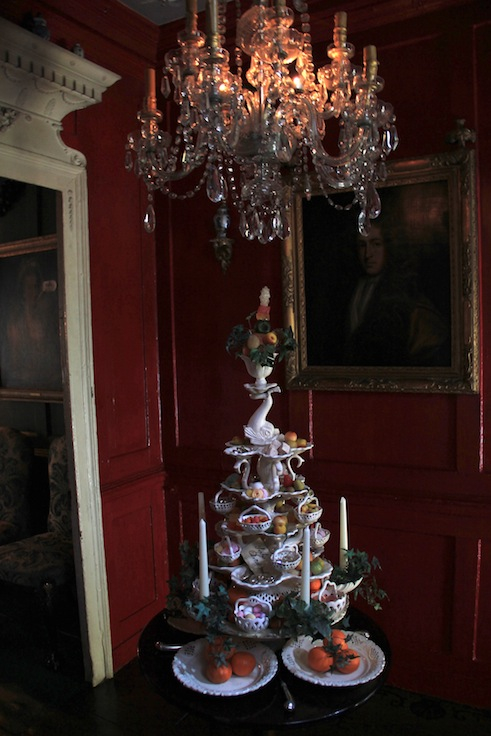 Dennis bequeathed the house to the Spitalfields Trust shortly before his death.
It is now open to the public, who are asked during their visit to respect the intent of the creator and participate in an imaginary journey to another time. 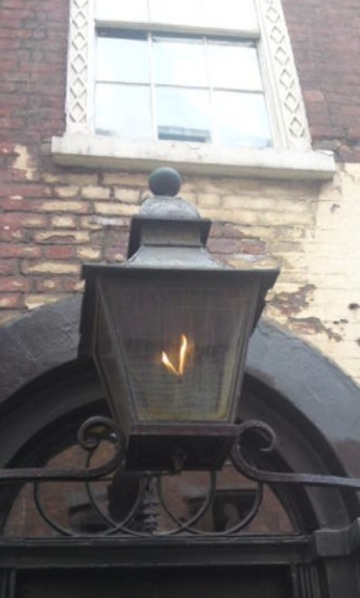 This is part of his obituary;

The Guardian, Monday 10 January 2000
Dennis Severs, who has died aged 51, tried to bring the past alive in the dark and strange living house museum he created inside 18 Folgate Street, Spitalfields, on the edge of London's East End.
It became, as he described it, "a famous time-machine" in which those prepared to enter his empathetic historical imagination and to suspend disbelief (never mind mundane considerations of historical fact, conventional museum practice or conservation philosophy) could find themselves transported into a dream which illuminated the complicated and poignant social history of that ancient part of London. 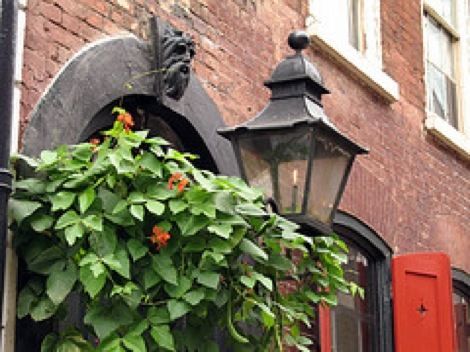