Sweets were really invented in the 19th century.
However, people have always liked eating sweet food.
The earliest sweetener was, of course, honey, which people have eaten since prehistoric times. 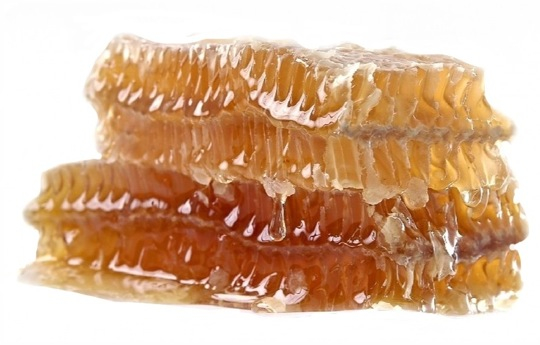 Food historians propose that the first sweets were consumed as a sort of medical treatment for digestive troubles.

Today's cough drops and peppermint sticks descend from this tradition.

As time and technology progressed, so did the art of confectionery.
The first candies were sugar coated nuts, seeds and fruits. 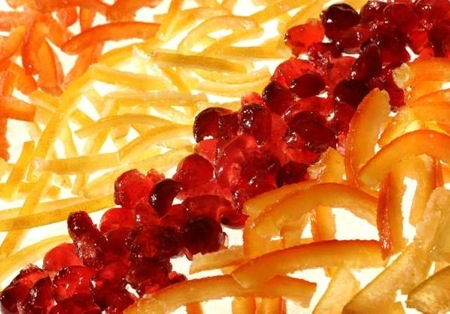 Jujubes and marshmallows are a prime examples of ancient medicine becoming modern candy.
Conserves and preserves (fruit preserved in sugar) eventually became their own type of food; typically between paired pieces of toast or spread between cookies and cakes. 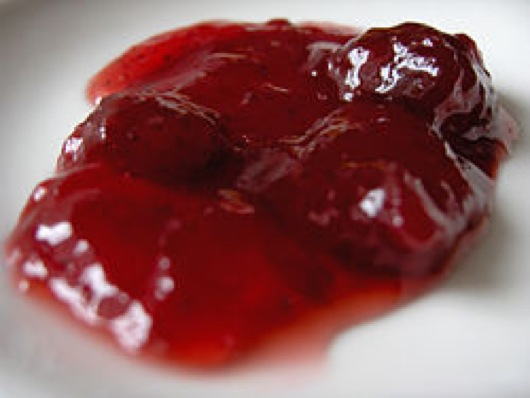 All of the peoples of antiquity made sweetmeats of honey before they had sugar: the Chinese, the Indians, the people of the Middle East, the Egyptians and then the Greeks and Romans used it to coat fruits, flowers, and the seeds or stems of plants, to preserve them for use as an ingredient in the kind of confectionery still made in those countries today. 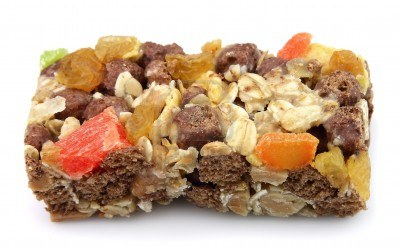 Confectionery and preserves featured in the most sumptuous of Athenian banquets, and were an ornament to Roman feasts, but it seems that after the barbarian invasions Europe forgot them for a while, except at certain wealthy courts where Eastern products were eaten.
At the height of the Middle Ages sweetmeats reappeared, on the tables of the wealthy at first; they enjoyed desserts like preserved fruits, jelly and dried fruit and wafers made from batter. 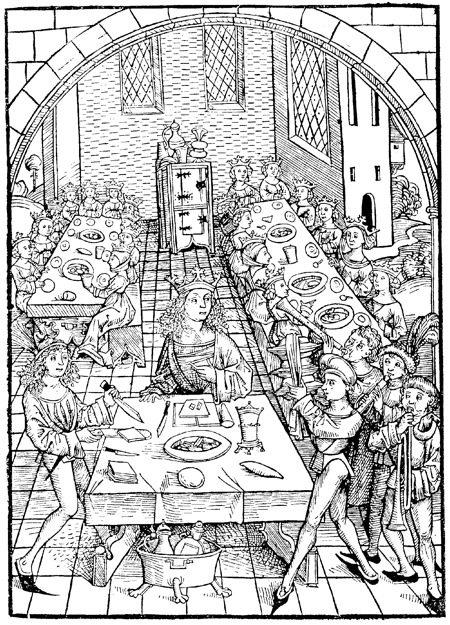 In the main, the confectionery of the time began as a marriage of spices and sugar, and was intended to have a therapeutic or at least preventative function, as an aid to digestive troubles due to the excessive intake of food which was neither very fresh nor very well balanced.
(The first mince pies were made wth minced meat, spices and sweeteners).

Guests were in the habit of carrying digestive sweetmeats to their rooms to be taken at night.
They were contained in little comfit-boxes or drageoirs.
Here is a beautiful example. 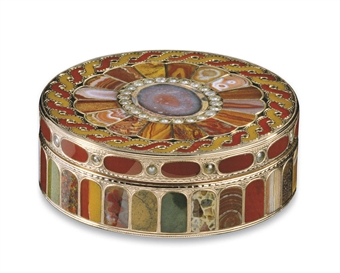 The ancient Egyptians had preserved nuts and fruits with honey, and by the Middle Ages physicians had learned how to mask the bad taste of their medicines with sweetness, a practice still widespread.
Boiled "sugar plums" were known in the sixteenth century in England.

A modern version of "sugar plums."
They have different herbal flavours, cinnamon,lavender,mint and caraway among them.
They were NOT plums, but comfits, sugar-coated seeds or nuts, and soon were to appear in the American colonies where maple-syrup candy 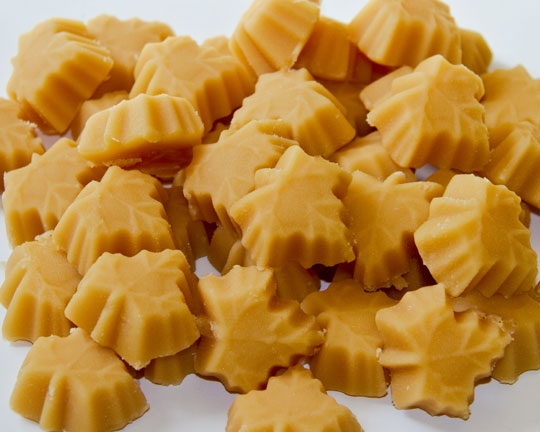 (this is maple-syrup candy) was popular in the North and benne-seed [sesame seed] confections were just as tempting in the South.

In New Amsterdam one could enjoy "marchpane," or "marzipan," which is a very old decorative candy made from almonds ground into a sweet paste.
While the British called such confections "sweetmeats," Americans came to call them "candy," from the Arabic qandi, "made of sugar," although one finds "candy" in English as early as the fifteenth century.

The Tudors were also fond of sweet foods (if they could afford them), which they called sweetmeats.
The rich ate preserved fruit, gingerbread, sugared almonds and jelly. 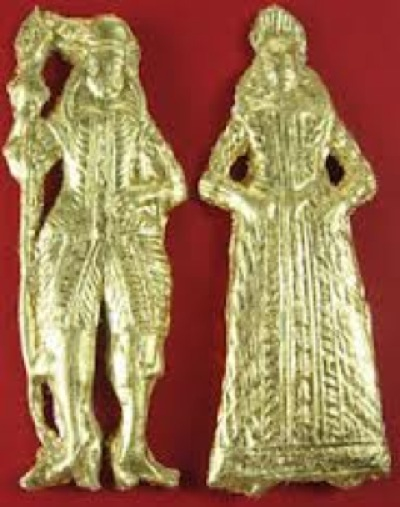 Marzipan was introduced from Europe into England in the late Middle Ages. 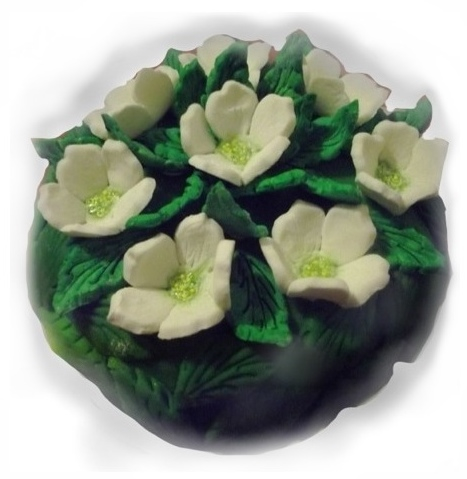 A modern example of a marzipan subtlety

People have eaten barley sugar since the 17th century. In the late 17th century the rich began eating ice cream.
Many rich people built special underground chambers in the grounds of their houses for preserving ice during the summer.
The ice was covered in straw to preserve it.

Then in the late 18th century people began to eat macaroons. 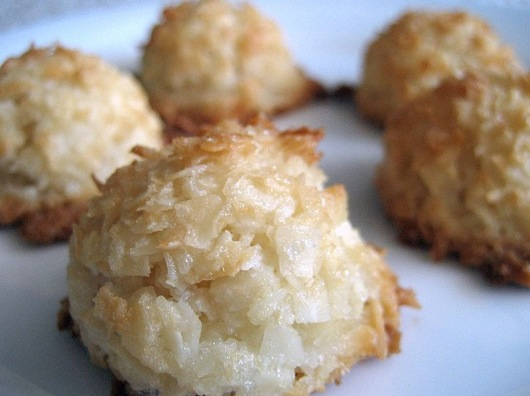 The French have made nougat since the 17th century, and caramel was known in England by the 18th century.
However, before the Industrial Revolution confectionery was hand made and so was very expensive; something for the rich to sample and enjoy. 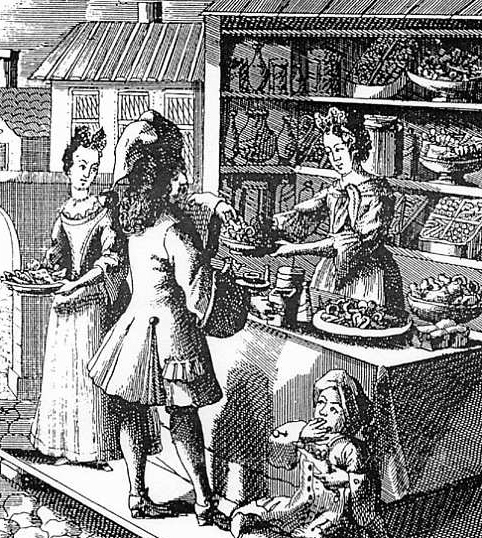 Turkish delight was invented in 1777 and it became popular in Europe in the 19th century.
Many new sweets were invented in Victorian times, when sugar from the West Indies became much more affordable.

"Hard candies" made from lemon or peppermint flavours were popular in the early nineteenth century. 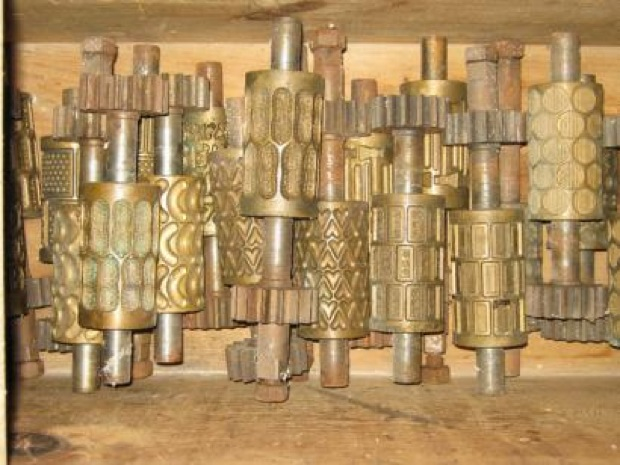 A display of Victorian sweetmaking equipment.

A significant moment in candy history occurred at the 1851 Great Exhibition in London, where "French-style" candies with rich cream centres were first displayed.

Marshmallows and toffee arrived about 1850, and in the 1880s fudge was invented in the USA.
Jelly babies were invented in 1864, and the first wine gums were sold in 1893.

Chewing gum from trees was common across the world for centuries, but chewing-gum as we know it was not made commercially until 1848.
There is a long history (possibly another article?): 5000 years ago, in the Neolithic period, they chewed wood, possibly because they believed it had some medicinal properties.
In ancient Greece, they chewed mastiche, a derived-product of mastic trees. It was used because of the good taste and curative properties reported by Dioscorides. 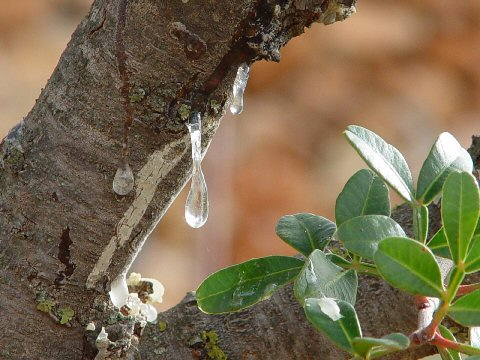 In the middle ages, the Sultan’s harem used to chew mastic as breath freshener, for its cosmetic and healing properties.
Later on, American Indians chewed resin from spruce trees and the first settlers of New England picked it up and started to sell
the first chewing-gum in 1848 as "The State of Maine Pure Spruce Gum." 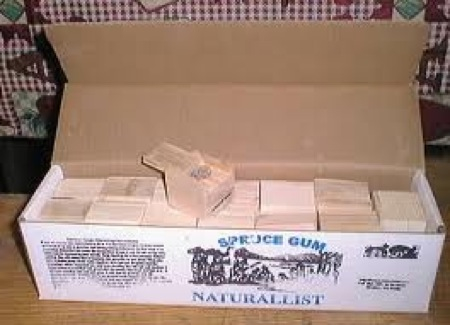 It is still sold!

In 1850, the first wax-made chewing gum was sold and it didn’t take a long time for it to overpass the spruce tree gum in popularity. 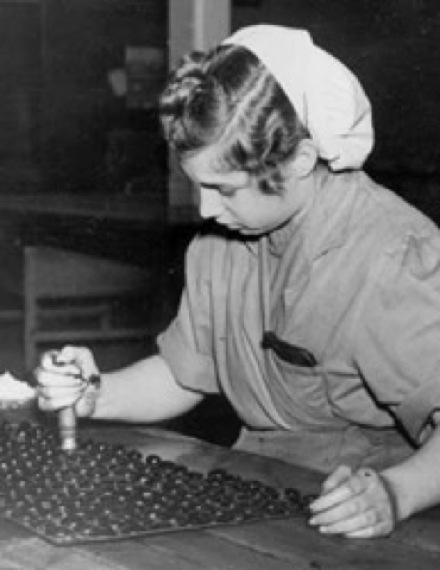 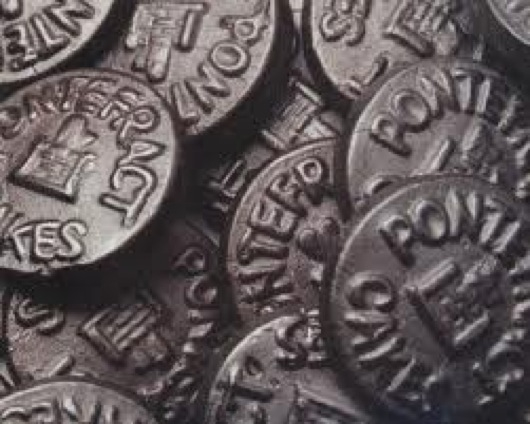 Chocolate came from Central America.
The Spaniards brought it to Europe in the 16th century and it reached England in the 17th century.
However at first chocolate was drunk, not eaten, and it was a long time before it came into its present prominence.
The first chocolate bar was made in 1847, milk chocolate was invented in 1875, but the big chocolate firms came later.

By the 1900s there was a wide variety of every kind of sweet, all with the most imaginative names.
Sadly, many of them are lost for ever, and as they were a bit before my time I am unable to describe them for you.
In 'Sweet Talk' by Nicholas Whittaker you can find a list from Needler's price list in the early years of the century.

I can only try to imagine what these sweets were like:
Moonstone Assorted
Town Hall Gums
Little Yorkshire Girls
Cocoa Scotch Cubes
Alabama Coons
Berlin Mixture
(All at a penny for 2 ounces)

There was more:
Japanese Screws
Dr, Jim's Rifles
Spanish Juice (All liquorice varieties)
-and my favourite, Motto Nuts.
These were hazelnuts,with the ends sawed off.
The kernel was replaced by a tiny scroll of paper printed with a motto.
The space was filled with hundreds and thousands, and the hole sealed with nut paste, which set hard.

In those early days you could buy damson fruit pastilles, chocolate bars filled with greengage cream,and chewing-gum flavoured with blood-oranges! 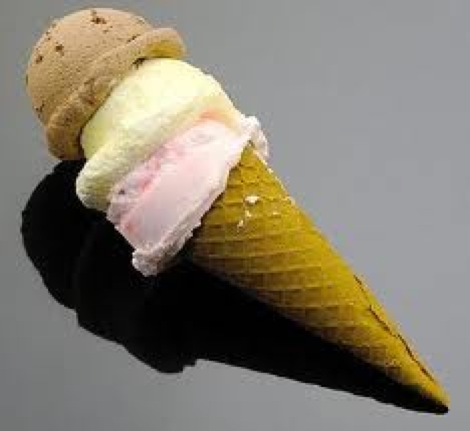 In 1903 the ice cream cone was invented.
Choc-ices went on sale in the USA in 1921.
Meanwhile bubble gum was invented in 1906 (although it wasn't actually sold until 1928) and the first lollipops were sold about 1908.

In 1911 Teasdale's introduced Kali, a fizzy confection which was very popular, but so powerful that a Huddersfield doctor
signed the death certificate of a girl who DIED just hours after eating a whole bagful.
The powder was intend for making fizzy drinks, he said, and should never be eaten wholesale....

In 1922 ice cream was sold in the street for the first time from tricycles with a box on front.
Sales of ice cream boomed in the 1930s, when I was a child and spent my penny on Walls's Snofrutes, the introduction to ice-lollies but at first in a cardboard case and without a stick. 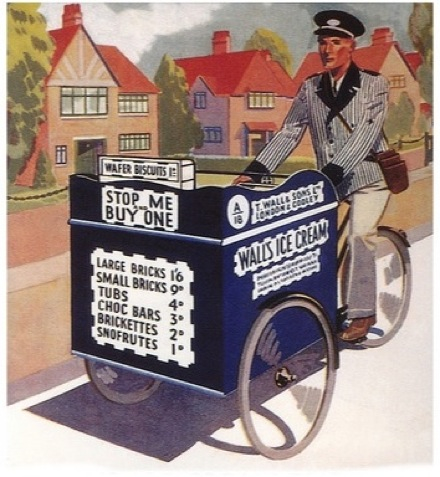 I have wonderful memories of the first Walnut Whips, which had a half walnut inside, sitting on the thick chocolate floor,
as well as the one on top. 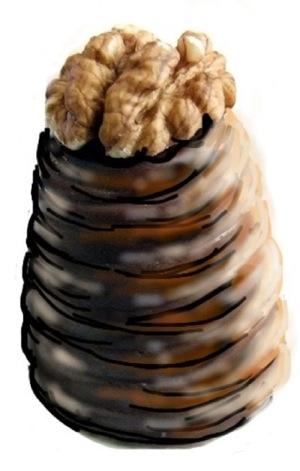 In Britain sweets and chocolate were rationed from 1942 to 1953.
5th February, 1953 was a day of rejoicing for children!

Not that supplies flowed immediately.
George and I were on our way to visit his mother in hospital on the day rationing ended.
We stopped at a village sweetshop and went in, hoping to buy her some chocolates.

The shelves were bare as usual, and we were grudgingly allowed a small bag of boiled sweets.
No doubt the locals had swooped early!
< PrevNext >