Too fond of Fire?

I think I may have been born under a fire sign.
As a little girl, when we went into the Sussex countryside for the day, Dad would often make a small fire.
Once, and once only, I decided to start a fire of my own.
I made the mistake of choosing brown, dried ferns as my kindling. 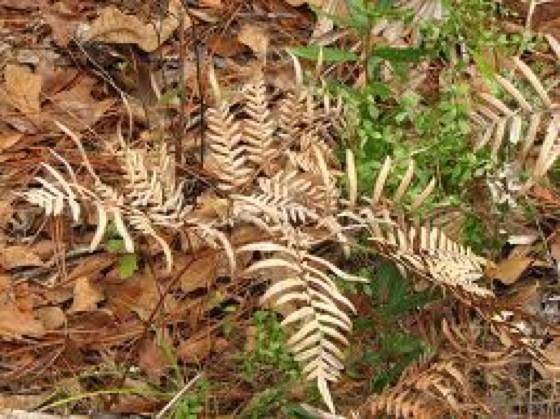 Anxious to keep my little blaze alive, I pulled hard on a large fern and immediately felt a severe pain in my left thumb.
Parts of the stem had broken off and were embedded in the flesh.
The sting eventually went away, but it was impossible to reach the fragments: they were too far in.
Over the next few days my thumb swelled to twice its normal size.
My Dad tried everything; hot poultices, needle-digging, iodine,(in those days one didnt go to hospitals, they were expensive), but all in vain. 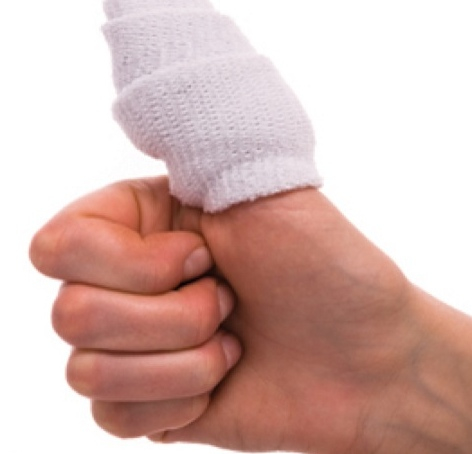 After a week or two, the swelling subsided, but the small fragments remained in situ.

When I was in College years later, I could still feel the lump in my thumb where they rested.

Many, many years later, (I was in my fifties,) one of the pieces came out at the side of my thumb!

I can no longer feel the lump.
Perhaps the others have been absorbed?

It is possible to be too fond of fire! 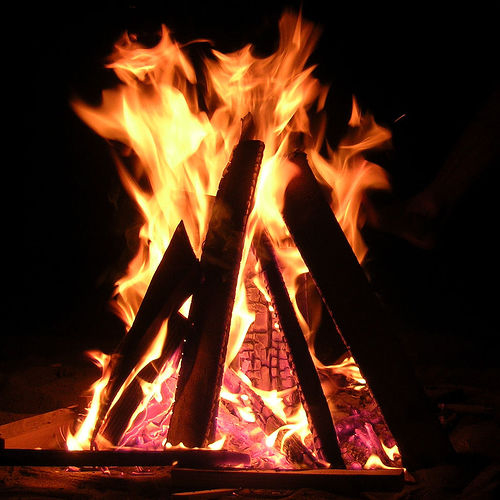 Even now,I absolutely love bonfires and fireworks, although for me as a child the actual celebration of Guy Fawkes' Night was always a mixture of terror and delight.
It smelt of smoke and exciting chemicals.
It shone and sparkled, and you had to look with all your attention because the beauty vanished so quickly. 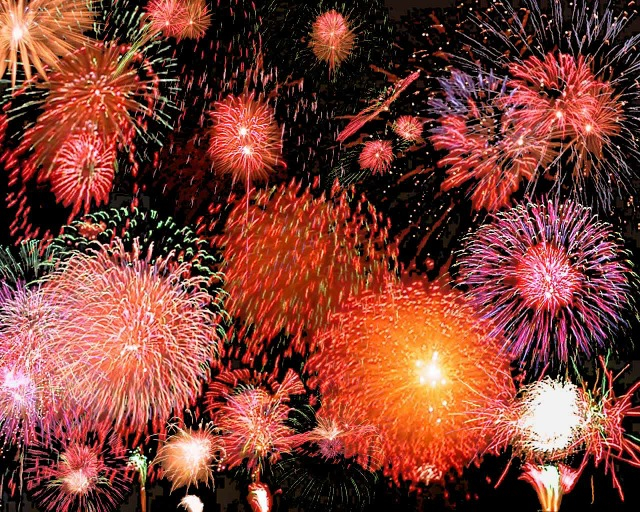 To begin with, I was never quite sure whether we would have a bonfire and fireworks or not.

In the 1930s, children were not yet real people; we were neither informed nor consulted about household plans and were told what to wear and eat.
We had to observe the adults and make deductions about what was in store for us.
If my father went out into the garden and began to move things, or got out a hammer and nails, or filled a bucket with water, my hopes began to grow. 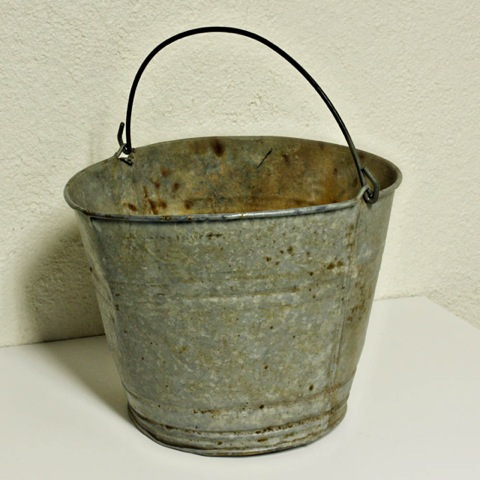 I think we did have a fire every year, but I am so old now the memories are mixed up, like dreams.
I would watch the skies and pray for dry weather.
I wanted the night to come quickly.

I can remember my little sister asking me if we could have the fireworks NOW, and when I said "When it is dark" she got under the kitchen table and said "If I shut my eyes, can we have them then?"

Firework night was a night for Fathers to be In Charge.
My Dad was excellent at Being In Charge.
I so admired him.
He did everything in an orderly fashion.
When he built a fire, it was done with thought and care.
My father's fires were sturdy and safe and balanced. 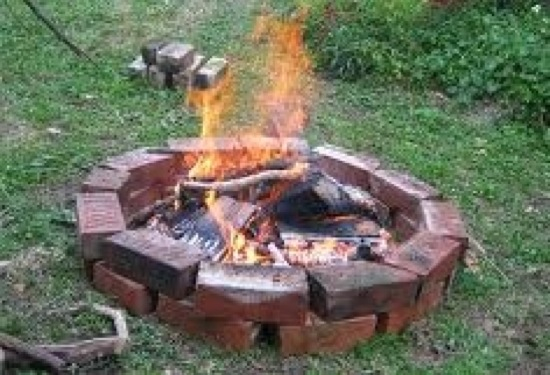 All kinds of unwanted things went on the fire, old lino, rose-bush cuttings, and paint-covered overalls, and they all burned differently, with flames of blue and green as well as gold and shining scarlet.
We did not always have a guy, but I remember one with a head made out of a straw shopping bag which had a thick black smily mouth, round black eyes and curved eyebrows painted in creosote. 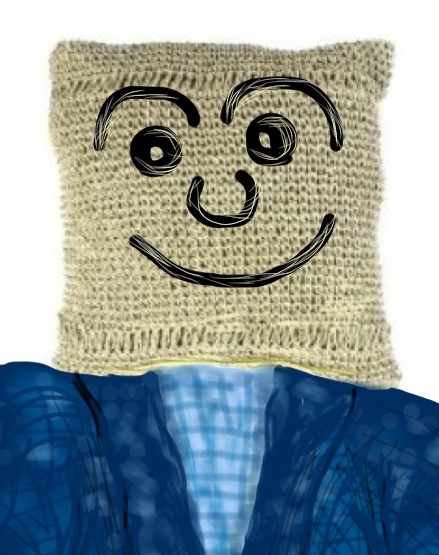 There were all kinds of different fireworks, but some were very special.

Take sparklers.
Sparklers were wonderful.
You could hold them yourself, and you could write your name in the black night.
You could make patterns, and you were a wizard with a sparkling wand. 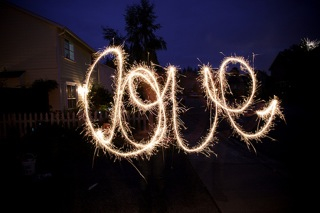 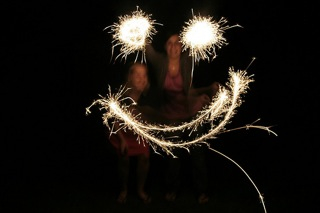 Then there were catherine wheels.
Dad would nail them to the fence and spin them with his hand to make sure they would rotate freely.
They were very rebellious, and would now and then refuse to spin, and burst into static flame. 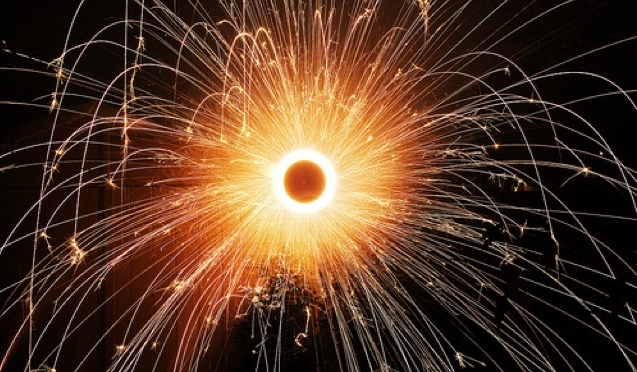 The terror, for me, was in the Jumping Jacks.

They would leap along the ground and were totally unpredictable, and I would run indoors to escape them.
Dad thought they were very funny (he never really grew up) but I was truly in fear of my life. 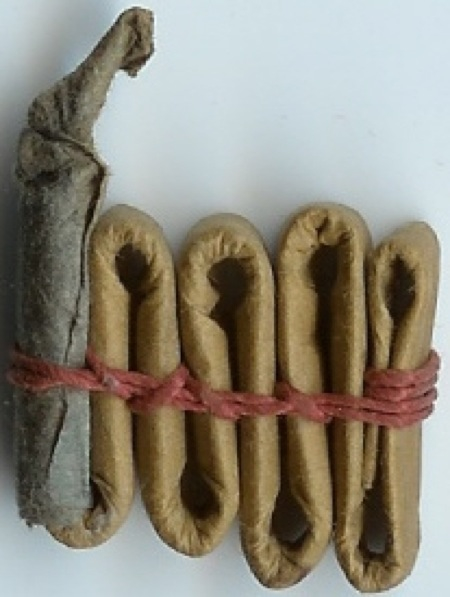 When he died, I found a very old, brown paper bag in one of the sections of his desk; it contained a Jumping Jack, perhaps held in readiness to frighten a visiting cat (he had a potato gun, too.)

As I grew older (and old enough to know better, for sure) I was able to build and enjoy bonfires in my own garden.

Once, at my poor daughter's house one bonfire night, I managed to incinerate her doormat! 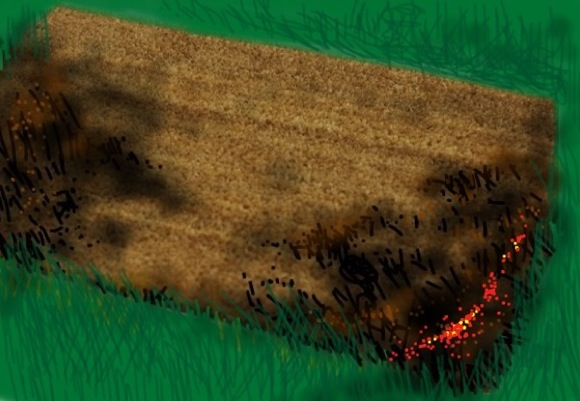 And once I used fire in the making of a film.

FIRE ON FILM
When George and I were making our film, "The Time-Travellers," with my 11-year-olds in East Ham in the 1960s, I wanted real flames for the 1066 scene.
This is how I did it.
I went into the back garden at night and set fire to an old deck-chair.
Then I used half a reel of Standard 8 film to photograph the flames. 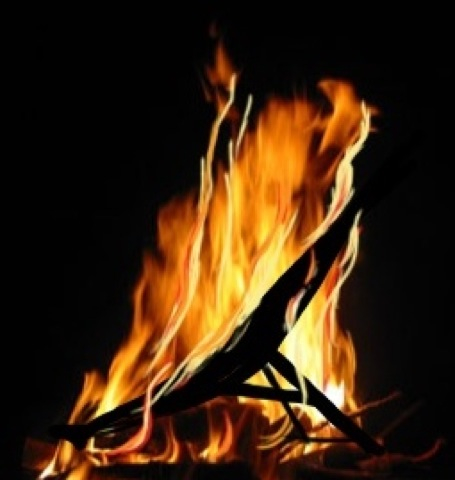 Next, I nipped upstairs and wound back the film.
The following day I took my camera, with film already exposed to roaring flames, into the classroom.
In the part of the story we had reached our Time Machine, having moved on from the Great Plague, had landed in a London street during the Great Fire.
In this scene a baby was rescued from the fire, and a massive beam fell on a young woman.

I told the children to imagine that the camera and I were a pillar of fire, and very hot.
They were so good - covered their faces with their arms, cowered away, closed their eyes against imaginary glare.
I filmed all the action with my flame-exposed reel, and when it was developed it really looked as if the rescue work took place in a raging inferno.
We had such fun making that film.
We went to the Tower of London when we learnt about Ann Boleyn, and filmed Lizards in the Zoo for dinosaurs.
We even had a page in the Times Educational Supplement!

I must write an article about it some time.....
< PrevNext >