The Importance of Sweets

If you have never read Nigel Slater's book"Toast," I recommend it to you.

In the book the reader is taken on a journey through Nigel's life; each chapter is centred upon some recipe, or some edible product, which has had an effect upon the journey. 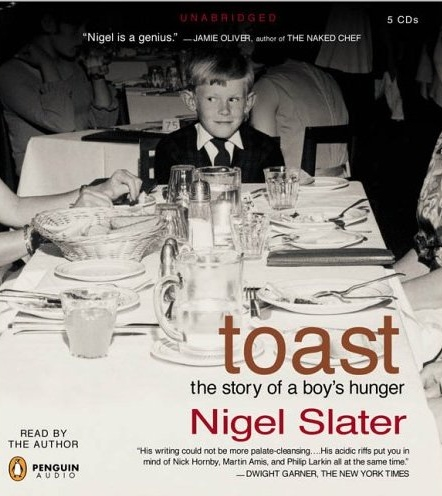 I find myself in total agreement with Nigel that there are foods which bring back memories of our younger days; puddings and confectionery and sauces, even tins and packages, which have become forever associated with comfort and pleasure. 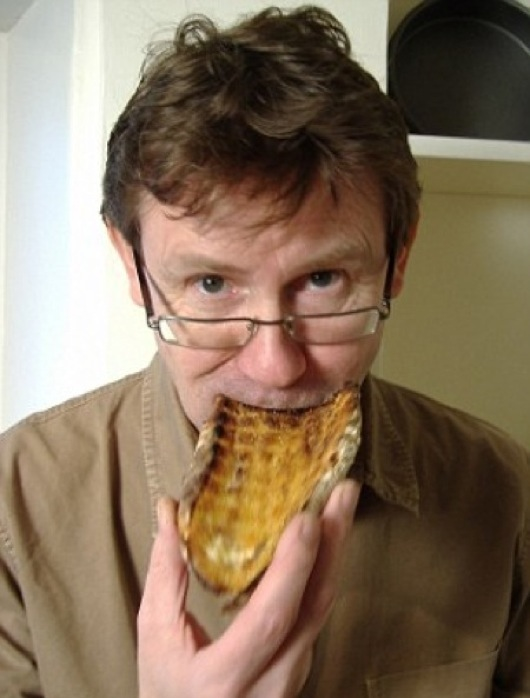 A few days ago, Nigel presented a television programme which concentrated upon the sweets which have become part of his life story.

He told us that marshmallows held a special significance because his mother, who died when he was a child, loved them.

At one point in the programme he went back to his childhood home, and sat like a forsaken puppy on his childhood bed holding a single marshmallow.
I really felt for him. 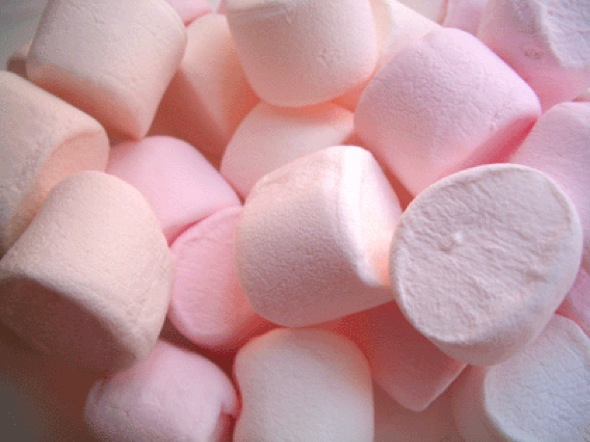 He had said that before his mother died he told his Dad the pink ones were like kisses: after her death his father, who was, like many men, not good with emotional words, would put two or three pink marshmallows on his bedside table every night.

They were the bedtime kisses Nigel's dead mother could no longer give him.
Nigel set me thinking.

My father loved treacle toffees, and on the day after his death there remained a crumpled paper bag of sticky toffees in his desk. They spoke so clearly of him... 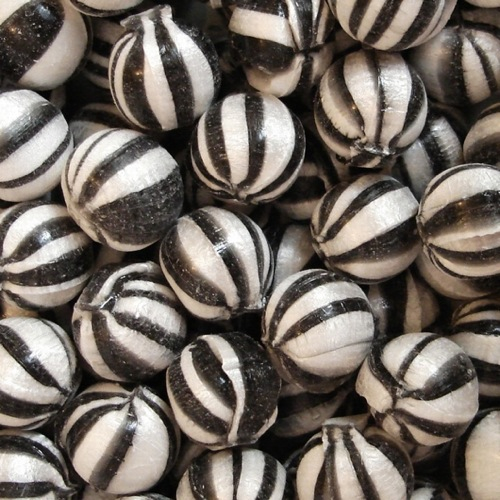 There was always a bag of bulls'-eyes in the drawer by her fireside chair, with her roll of violet cachoux. 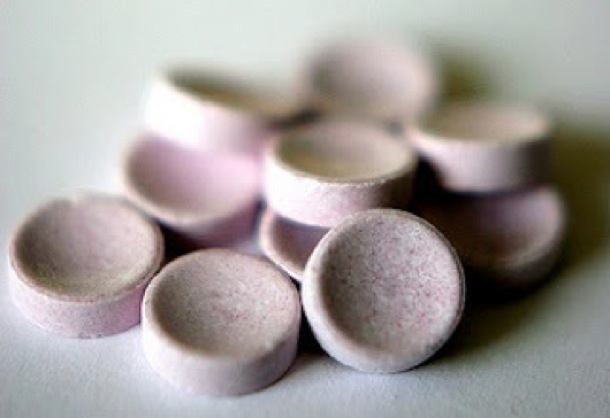 The impatient, energetic, lively child will crunch them.

I admired those who sucked them.

Their sweets lasted long after mine were just a memory. 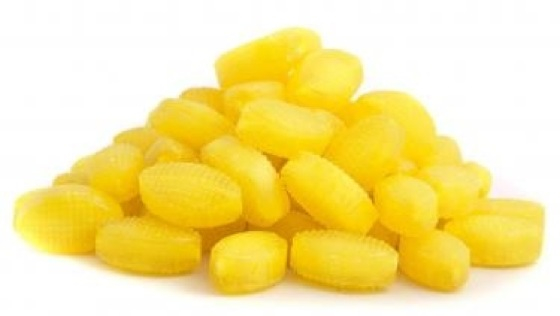 Ideally, they should be sucked.

The hard, shiny shell should be slowly dissolved in the mouth, until small cracks appear, and allow the sharp acidic powder inside to leak out and tingle on your tongue.
I tried many, many times to make my sherbet lemons last, but in vain.

I would be unable to resist a CRUNCH!
And the fizzy powder would pour into my mouth, and there would be a brief explosion of real joy!

Most of us have special routines which we follow when we eat our favourite sweets.
Take SHERBET FOUNTAINS ( the original kind.)

In his programme, Nigel described how he used to eat them.

I followed exactly the same procedure.
First, tear the paper away at the top of the cardboard tube.
Take out the hard liquorice stick.
Use it to stir up the sherbet, which can be compacted.
Now ( both Nigel and I did this, although the stick had a hole through it for sucking through ) lick the liquorice well and dip it into the sherbet, gathering a blob of powder on the end.

Suck the blob.
Do this until there is about two inches of powder left at the bottom.

Now ( and I actually called out loud to the telly what came next!) TIP ALL THE REST INTO YOUR MOUTH!

All that fizz at once!
An excellent finale!

There were routines for other sweets, too. 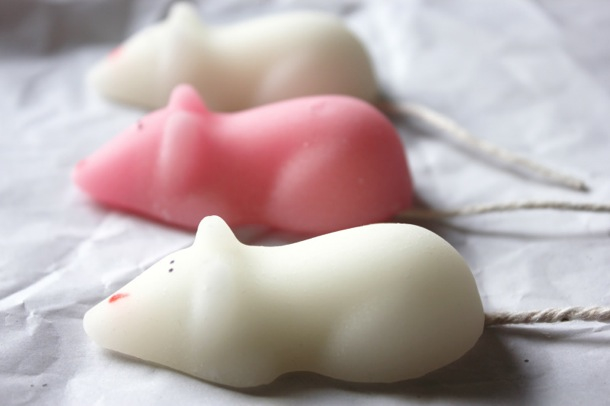 What did most children do?

Hold the mouse by the tail.
Put your head back.
Dangle the mouse above your mouth.
Suck the head.
It shrinks to a point; then you bite it off.
You can nibble the rest, it's dead now. 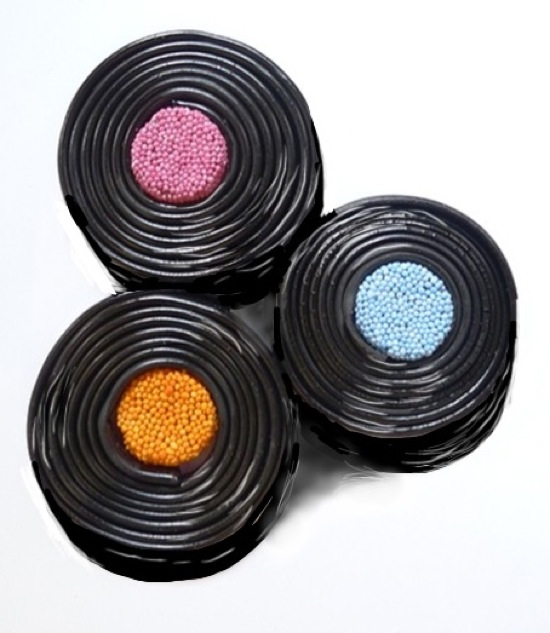 Start from the outside, and unwind it.
Grip the end in your teeth and eat it as you unwind it.
I would always save the "ballsy one" in the middle until the end.

My mother did not approve of these, she considered them vulgar. 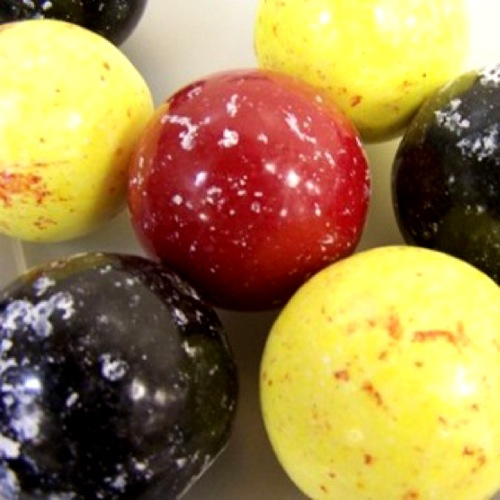 They were enormous, and it was impossible to speak when they were first put into your mouth.

They were made in layers of different colours, and it was essential to check the colour every minute or so by taking the Gob-stopper out of your mouth.
Your fingers were wet and sticky for ages, and groups of friends would take great interest in the progress of each others' sweets.
I suppose it was quite unhygienic, but the process was quite sociable.

Years ago, when we had our caravan at Steeple Bay, Mary and I would buy a big paper bag of this delicious toffee in the tiny site shop. 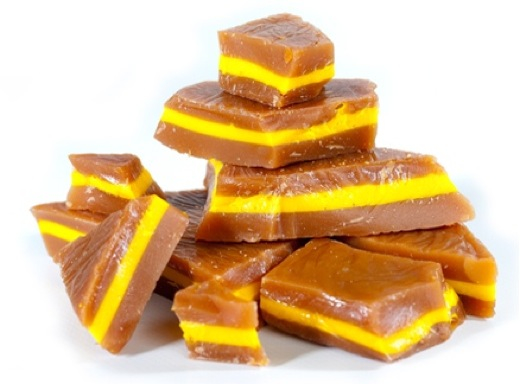 Rose would hit the slab with a toffee hammer.

There would be a wide variety of shapes and sizes, and it was important to choose the biggest piece possible.

Off we would go to the river bank, large lump of toffee in place, with the two dogs on a long rope, unable to talk because our mouths were full and our teeth were jammed tight into the melting sweet stickiness.

We laughed so much, and were so helplessly stuck, that ( sorry, but this is true ) we often dribbled toffee!

I remember the smell of the tide, the laughter, the banana flavour and our staggering progress, to this day...

LOVE HEARTS
We loved these. 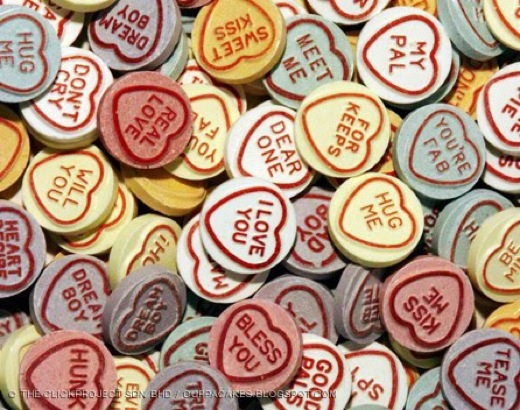 It was possible carefully to unwrap the paper rolls, and arrange the messages so that you could present the most affectionate one to the right recipient.
I liked the slightly fizzy, scented flavour, too.
At 85 I still buy them......

When I was little, wine gums were looked on as very adult.
They were different shapes and sizes, and had embossed names on them:
PORT, SHERRY, CHAMPAGNE, GIN.......all really naughty and not for children. 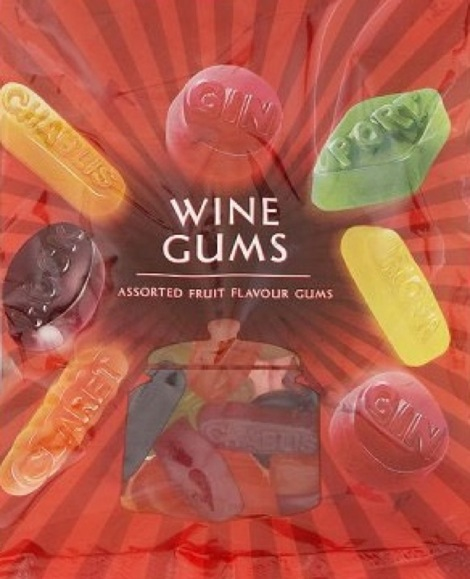 Yet I could buy them!

I would beg an empty lemonade bottle from my mother, put in the wine gums, and fill it with water.
Then I would shake it hard for quite a time.
I really thought I had made wine!
It was rather watery, but wonderfully BAD.....

Another example of my fondness for "grown-up" sweets : Victory V lozenges.

They were really powerful, and I could not always keep one in my mouth until it was no more: I would have an interval halfway to let my tongue calm down.

I felt somehow older and more powerful with a Victory V lozenge in my mouth! 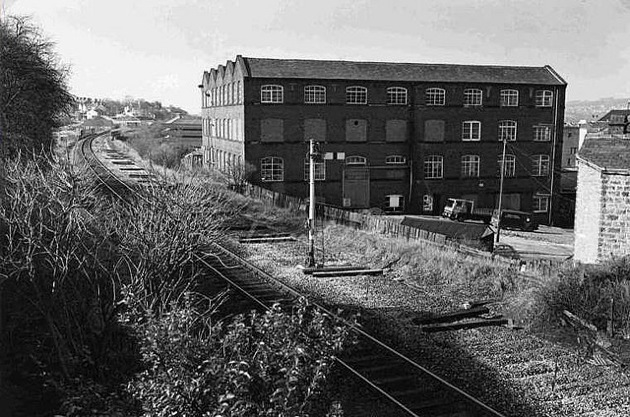 The Victory V is a brand of English cough lozenges.
It was originally manufactured in Nelson, England.
They were devised by Thomas Fryer and Edward Smith MD in the mid-1800s and were initially made by hand to ensure that each sweet contained the correct amount of therapeutic ingredients; ether, liquorice and chloroform.
They are or were very much an acquired taste!
A modern version of the Victory V is available in specialist shops and online... 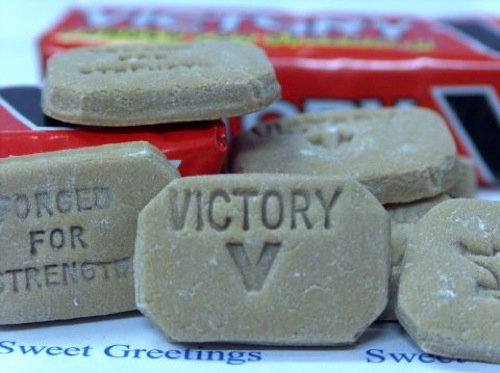 I am going to end with a real Meldrew Moan.
Something dreadful has happened.
The Sherbet fountain has been taken over by a completely insensitive group of people who have decided that, for reasons of hygiene, the cardboard tube and paper wrapping must be replaced by PLASTIC.
And not just any plastic.
A plastic cover which is almost impossible to open, and which carries no instructions.

Although the new firm have received hundreds and hundreds of complaints, they are completely unrepentant.

Here is only one of the reactions from customers and confectioners, many of whom are horrified at the stiff new format of a childhood favourite. 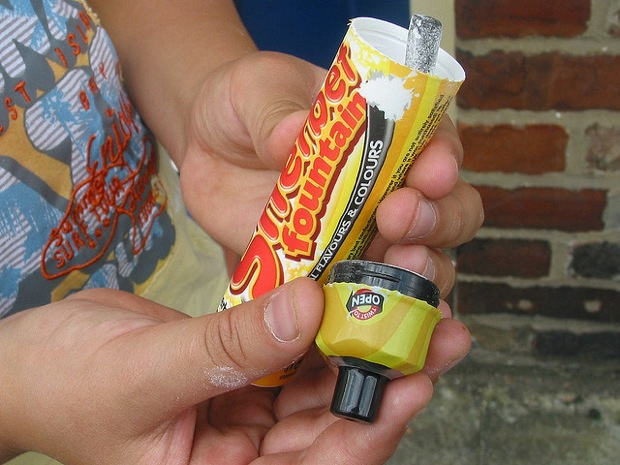 "Now the makers of Sherbet Fountain are dispensing with the sweet's iconic paper packaging.
The change means that children will no longer have fond memories of wrestling with soggy paper packaging as they try to work out how to suck the sherbet through the ever-useless straw.
Many fans and nostalgics say they are mourning yet another rebranding of an iconic sweet.

In a letter sent to suppliers, Tangerine explained they had decided to redesign the packaging because "consumers wanted a more hygienic pack that can also be resealed".

(They do not say how many such requests they received!)

The manufacturers have also slightly tweaked the ingredients, replacing any artificial colours and flavourings with natural ones, as well as making the famous dipping sweet halal.

Michael Parker, who runs an online shop that stockpiles and specialises in sweets of yesteryear, says he has been inundated by emails from customers who don't want to see the packaging changed.
"The response has been phenomenal," the Blackburn-based entrepreneur said.
"I'm sure Tangerine have good reasons for changing the packaging but people are passionate about their sweets and they tend not to react too positively when packaging is changed.
Perhaps it's because we like rediscovering our childhoods through sweets, but people cling to nostalgia when it comes to sweets."

Mr Parker questioned whether hygiene really was a concern.

"No one has dropped down dead from eating Sherbet Fountains out of paper containers for the past 70 years so you've got to question whether it was really necessary to swap to plastic."

The packaging change is a gamble for Tangerine, which bought Sherbet Fountain from Cadbury last year for £58m.
Stephen Joseph, Tangerine's chairman, said he hoped customers would realise that the new design closely mirrored the old.

(Closely mirrored? I dont think so!)

"The new design keeps the sherbet much fresher and means the liquorice stick no longer pokes out of the top.
I hope people won't mind too much and we have tried to redesign the new package to look as much like the old one as possible."

( But you need a crowbar to open it!)

Meanwhile, Mr Parker is busily trying to stockpile as many boxes of the old-fashioned Sherbet Fountains as he can manage to find.

Sadly, he may find this difficult.

One of the best presents I ever received ( apart from my ipad and website,of course!) was a box of 144 traditional sherbet fountains, carried from Derbyshire in a kitbag!
Tangerine have destroyed or damaged hundreds of childhood memories, and I predict that the adaptation will fail, and this iconic sweetmeat, along with so many past favourites, will soon be no more.... 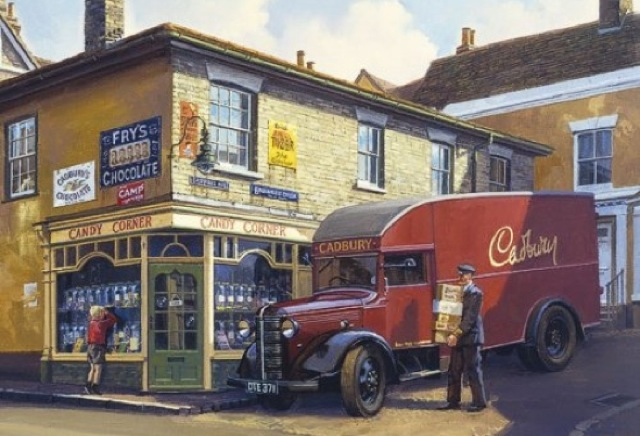