The Story of Pencils 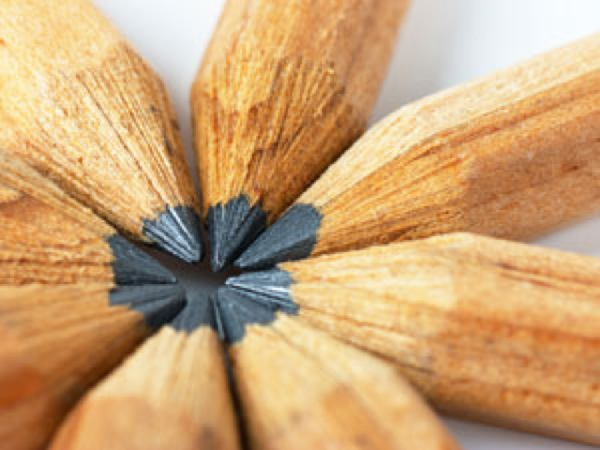 First of all, why do we call them " lead pencils?"
They are, of course, made of graphite. 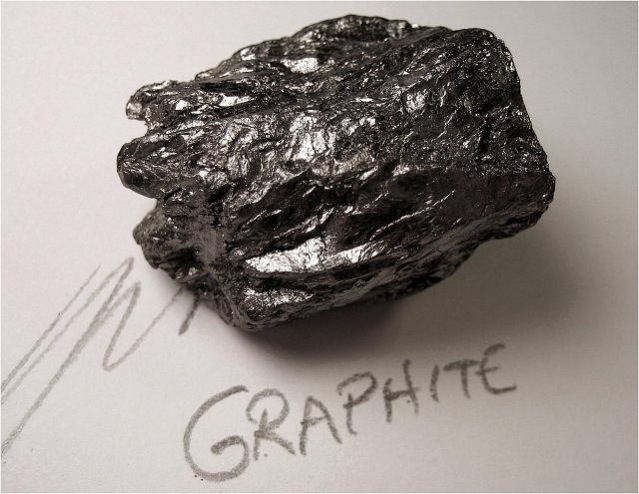 Thousands of years before, the Egyptians, and later the Romans, would use a stylus, a thin, short metal stick (actually often made of lead!) to scratch words on to wax-covered papyrus. 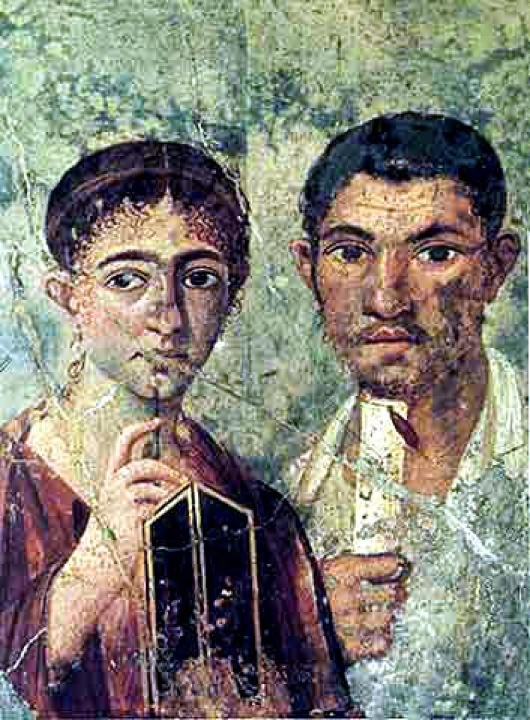 Quills, pens fashioned from flight feathers, were later used by monks to write manuscripts.
In fact, quills were used until the 20th century. 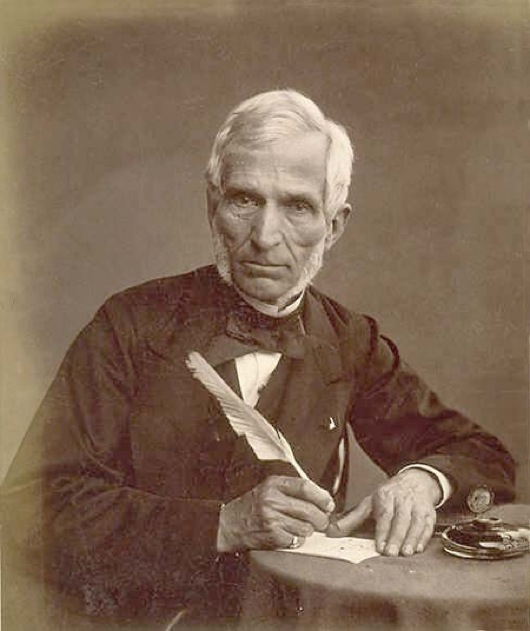 When the graphite deposit was first discovered in the 16th century in the Lake District, the locals used lumps of it to mark sheep.
Then they found they could cut it into sticks and carry it around with them.
Because graphite is so soft, it easily breaks, and leaves black residue on the user's hands.
It was Italians who first began to hollow out a juniper twig and fill it with graphite. 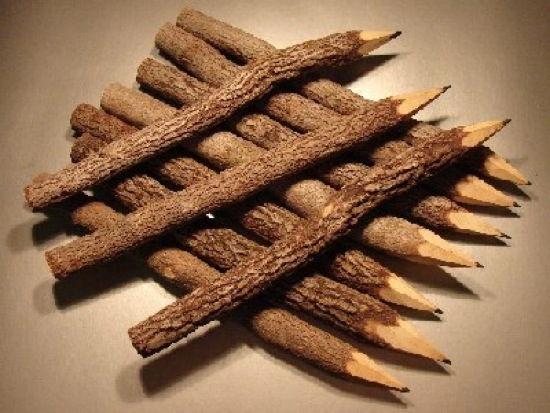 It is still possible to buy "twiggy" pencils!

Later versions sandwiched the graphite between two wooden halves and glued them together; this method is still used today.
The wooden shell protects the soft core, and keeps the writer's hands clean.
In 1662 the first mass-produced pencils were made in Germany, but were inferior because the graphite was powdered and mixed with sulphur and antimony; Britain was the only supplier in the world of pure graphite sticks. 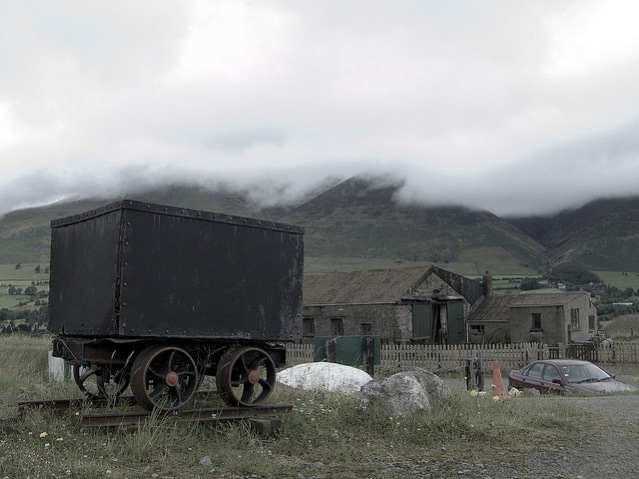 This is a graphite mine in Cumbria.

It was a Frenchman, Nicolas-Jacques Conte, who in the 1790s looked for a product that did not require foreign imports.
He reconstituted graphite from other mines and mixed it with clay, forming the mixture into rods that were fired in a kiln.
He received a patent in 1795, and formed a company which still makes pencils.
He was the inventor of the conte crayon. 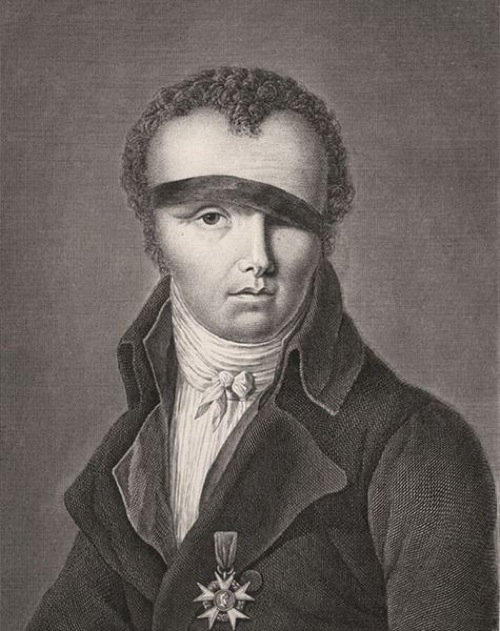 The next picture illustrates the steps involved in the manufacture of a wood pencil.
It starts with a block of cedar (1) which is then cut into slats (2).
The slats are then stained (3) and grooves are cut into one surface (4).
Prepared leads are placed into the grooves (5) and a second slat is placed on top and bonded with the first (6).
This 'pencil sandwich' is then passed through a milling process (7) to separate the individual pencils (8).
The pencil is painted and finished (9 & 10), a ferrule crimped onto the end (11), and finally, an eraser is crimped into the ferrule (12).

During the 1890s, pencils began to be painted bright yellow.
The manufacturers wanted to show that they were using high-quality graphite, and the yellow was associated with Chinese royalty. 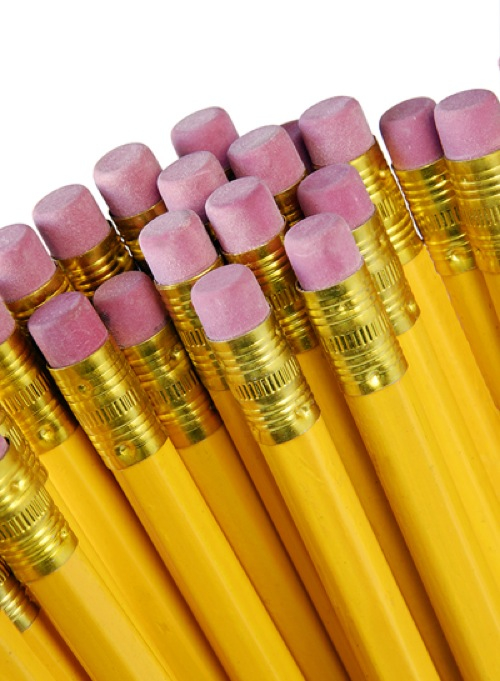 By the end of the 19th century, more than 240,000 pencils were used each day in the United States.
Cedar-wood was commonly used; it was aromatic, and did not splinter when sharpened.

By varying the ratio of graphite to clay, it is possible to vary the hardness of the graphite rod.
There is a range of twenty grades, from 9H ( very hard ) to 9B ( very black and soft ).

When Vincent van Gogh was 26, he suffered his first nervous breakdown.
He wrote to his brother Theo, "I shall rise again: I will take up my pencil, and I will go on with my drawing." 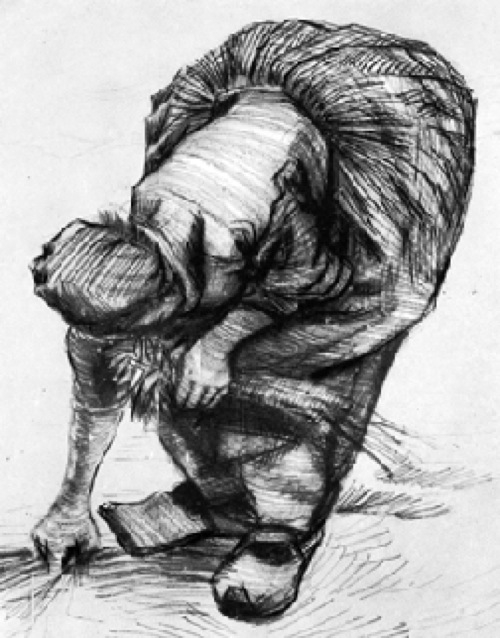 Vincent only used Faber pencils, and wrote that they were "Superior to carpenter's pencils, a capital black and most agreeable."
For the remaining ten years of his life he produced a flowing procession of vigorous sketches. 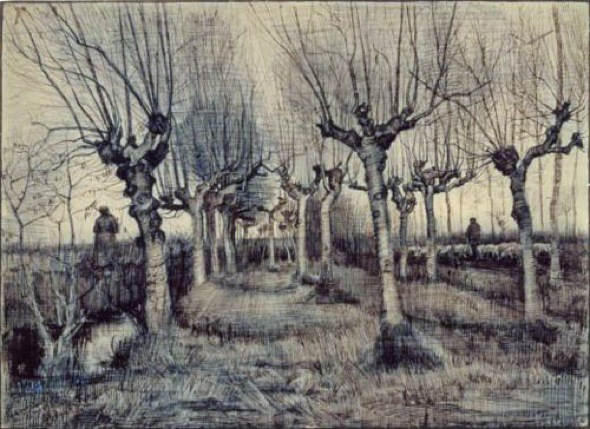 There is a Pencil Museum at Keswick.
Well worth a visit! 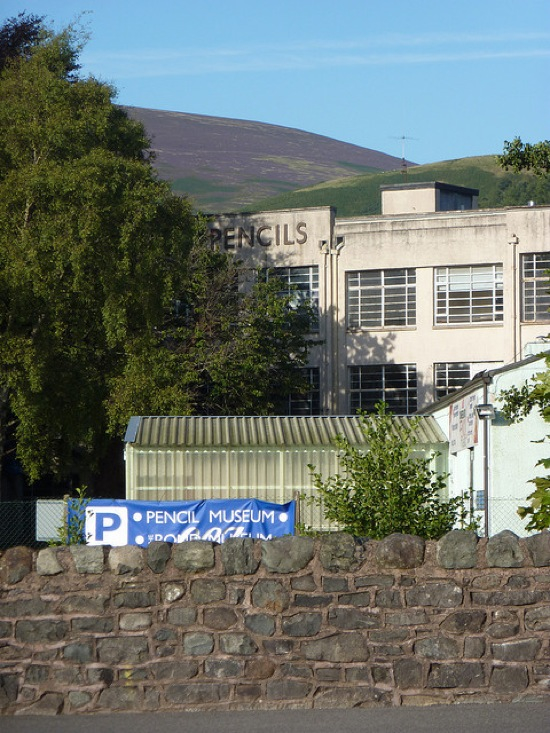 Something Quite Interesting:
Graphite and diamonds are both pure forms of carbon, but with the atoms arranged differently.
Diamond is one of the hardest naturally occurring substances on earth, measuring ten on the Mohs Hardness Scale.
Graphite is one of the softest, with a score of one and a half, only just harder than talcum powder.
Amazing!!! 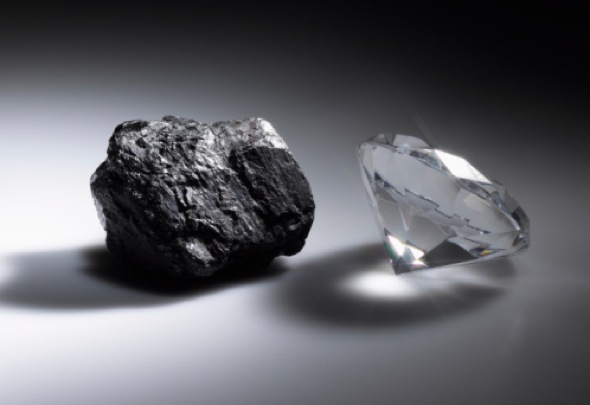 So different ,yet so similar!!
< PrevNext >