This is one of two articles about the position of women in British society, from the 19th Century until today.
During my studies at Open University I became aware of the gulf of inequality between the sexes that existed in Victorian times, but even as a child I had recognised that there was injustice, and struggled with the difference between my brother's life and mine. 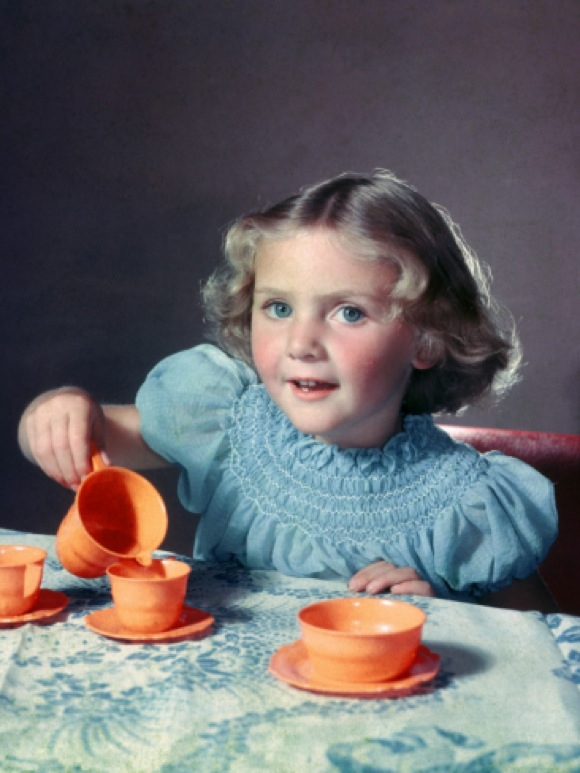 I had my place as a girl.
I hated it when my brother never had to wash up or do the shopping "because he was a boy,"( a phrase often used by my mother), and I suppose I have always regretted the fact that in spite of my academic results I was not able to go to University as he did.
When my mother was ill and in hospital (I was a young teenager ) I was taken out of grammar school for half a term to housekeep; my brother's education was too important to be disturbed, and anyway he was a boy, so the housework was my job. 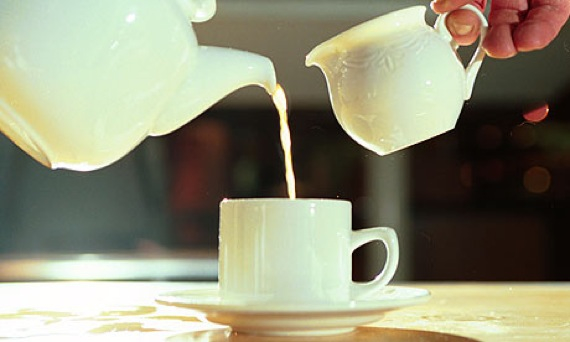 To this day I do not understand chemical equations: I was busy at home, and missed the lessons.

However, my life has been very happy and fulfilled because I became ( almost by accident ) a teacher, went to a very good Teachers' Training College and from the first minute to the last enjoyed my work with children.
And I was very happily married to a man with whom everything we had was equally shared.
So this is not going to be a long "winge," just an attempt at a truthful version of history (which we all know is not possible.)

It is worth noting, however, that for the first third of my career as a teacher I was paid a good deal less than male teachers, simply because I was a woman, although I taught boys as well as girls.
Was that fair?

Briefly, then, why the struggle and fuss about emancipation?
To begin with, women in the 19th century:
The Victorian attitude to women was at the same time autocratic and sentimental.
It seemed, on the surface, that women were respected and protected, even deeply admired... 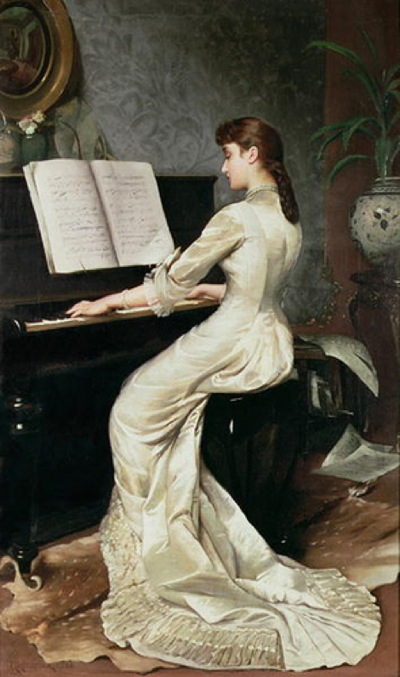 THE ANGEL IN THE HOUSE
The popular image of the ideal Victorian woman was that of "The Angel in the House."
It was the young woman's aim to marry, since a single woman was unprotected, and without a safe position in society.
She had few options.
Jobs for a single woman were few: the most respectable would be that of a governess,not an enviable position, subservient and poorly paid. 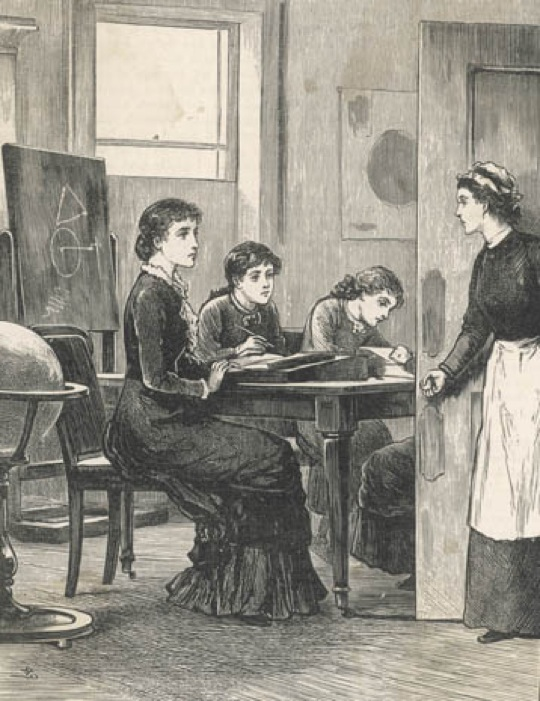 The Victorian wife was expected to be devoted and submissive to her husband.
The law regarded only men as persons, and legal recognition of women's rights as autonomous persons would be a slow process, and would not be fully accomplished until well into the 20th century.

Women lost the rights to the property they brought into the marriage, even following divorce; a husband had complete legal control over any income earned by his wife; women were not allowed to open banking accounts; and a married woman was not able to conclude a contract without her husband's legal approval.
A married woman had no rights to her own children.
These property restrictions made it difficult or impossible for a woman to leave a failed marriage, or to exert any control over her finances if her husband was incapable or unwilling to do so on her behalf.
Domestic violence towards wives was a legal right.

ANIMALS BEFORE ANGELS:YOU MAY BEAT YOUR ANGEL

The first animal-cruelty legislation in Britain was passed in 1824, but legal protection from domestic violence was not granted to women until 1853 with the Act for the Better Prevention and Punishment of Aggravated Assaults upon Women and Children.
Even this law did not actually ban violence by a man against his wife and children; it only imposed legal limits on the amount of force that was permitted.
The Angel's husband could legally beat her, provided the stick was no wider than his thumb. 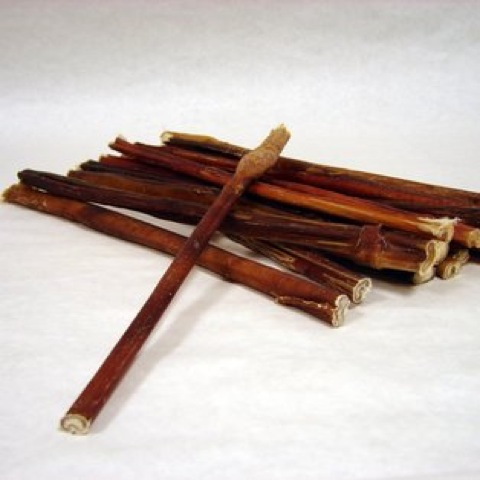 The Angel was expected to be passive and powerless, meek, charming, graceful, sympathetic, self-sacrificing, pious, and above all--PURE.
Purity was not expected of men.
The phrase "Angel in the House" comes from the title of an immensely popular poem by Coventry Patmore, in which he holds his angel-wife up as a model for all women. 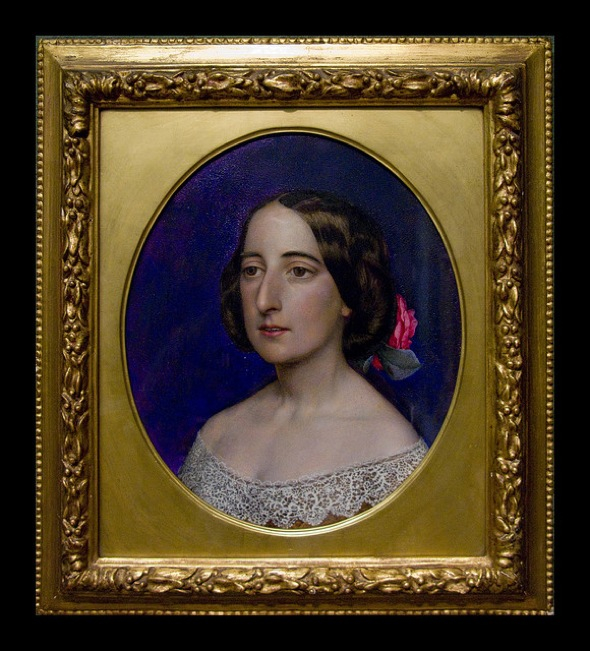 The following excerpt will give you a sense of the ideal woman and the male-female relationship presented by Patmore's poem:

Man must be pleased; but him to please
Is woman's pleasure; down the gulf
Of his condoled necessities
She casts her best, she flings herself.
How often flings for nought, and yokes
Her heart to an icicle or whim,
Whose each impatient word provokes
Another, not from her, but him;
While she, too gentle even to force
His penitence by kind replies,
Waits by, expecting his remorse,
With pardon in her pitying eyes;
And if he once, by shame oppress'd,
A comfortable word confers,
She leans and weeps against his breast,
And seems to think the sin was hers;
Or any eye to see her charms,
At any time, she's still his wife,
Dearly devoted to his arms;
She loves with love that cannot tire;
And when, ah woe, she loves alone,
Through passionate duty love springs higher,
As grass grows taller round a stone.

Initially this ideal primarily expressed the values of the middle classes.
However, Queen Victoria's devoton to her husband Prince Albert and to a domestic life encouragead the ideal to spread throughout nineteenth century society. 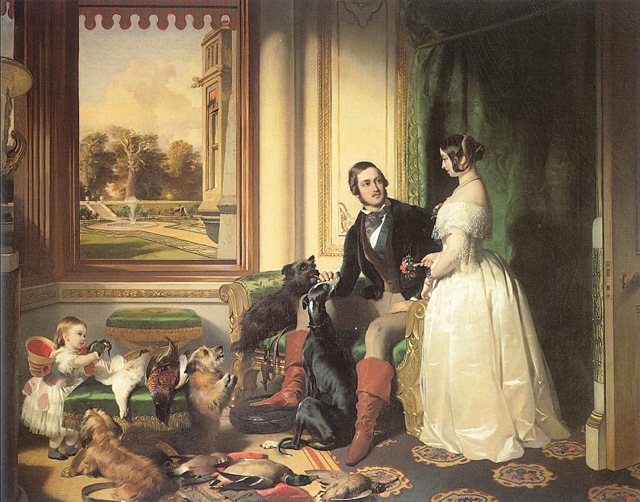 The ideal was not easy to attain anywhere, but perhaps it was even more difficult in a poor man's home.
Domestic life for a working-class family was far from comfortable.
At least the middle-class Angel had servants to clean and cook for her.
Legal standards for minimum housing conditions were a new concept during the Victorian era, and a working-class wife was responsible for keeping her family as clean, warm, and dry as possible in housing stock that was often literally rotting around them. 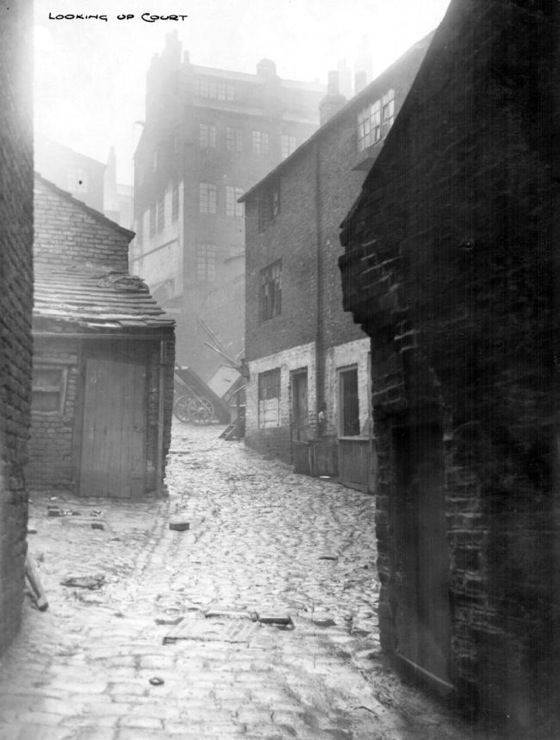 With the coming of the railways, the Rookeries became more and more overcrowded.
In fact, in London, overcrowding was endemic in the slums inhabited by the working classes.
Families living in single rooms were not unusual.
The worst areas had examples such as 90 people crammed into a 10-room house, or 12 people living in a single room (7 feet 3 inches by 14 feet).
Rents were exorbitant; 85 percent of working-class households in London spent at least one-fifth of their income on rent, with 50 percent paying one-quarter to one-half of their income on rent.
The poorer the neighbourhood, the higher the rents.
Rents in the Old Nichol area near Hackney, per cubic foot, were four to ten times higher than rents in the fine streets and squares of West End London.
The owners of the slum housing included peers, churchmen, and investment trusts for estates of long-deceased members of the upper classes. 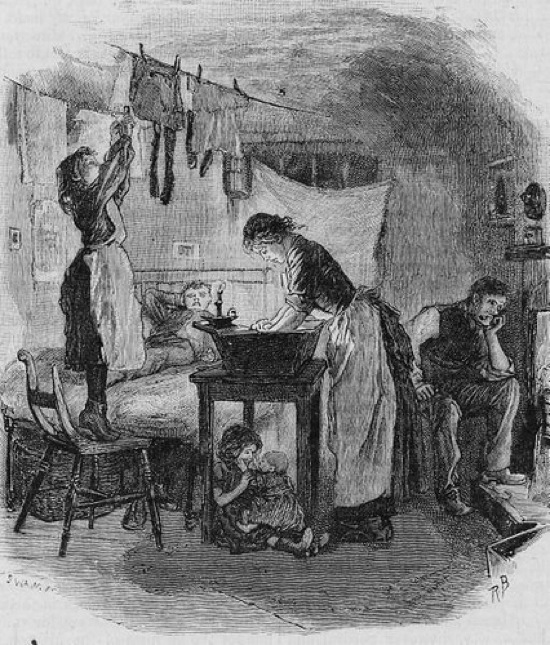 Domestic chores for Angels without servants meant a great deal of washing and cleaning during the Victorian era.
Coal-dust from house fires and factories was the bane of the Victorian woman's housekeeping existence.
City air was thick with soot.
Carried by wind and fog,it filled the lungs, and coated windows, clothing, and whatever furnishings were inside the home. 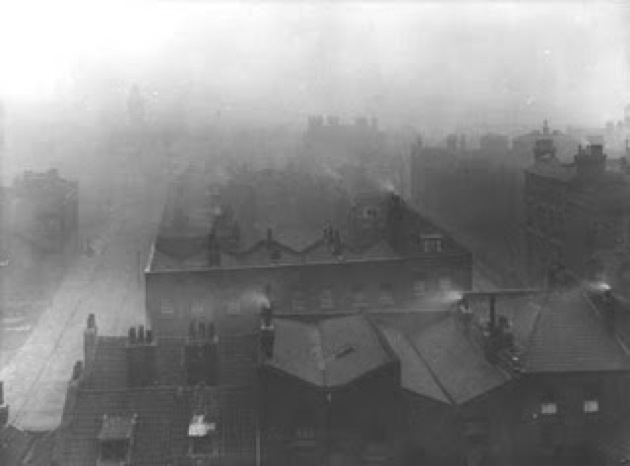 Washing clothing and linens would usually be done one day a week, everything scrubbed by hand in a large zinc or copper tub.
Water would be heated and added to the 'dolly tub', with perhaps a handful of soda to soften the water, and a 'posser' would be pushed up and down to agitate the washing. 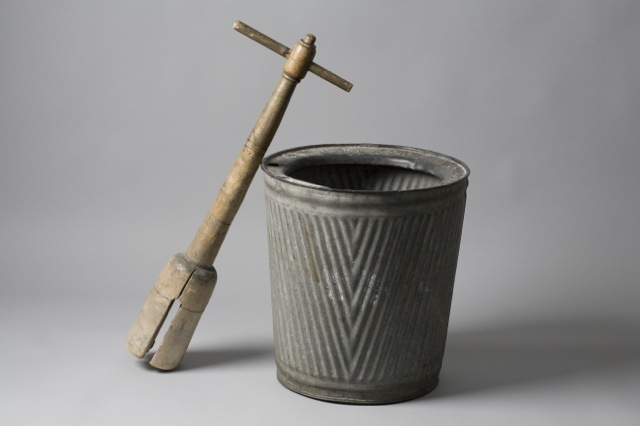 Curtains were taken down and washed every fortnight; they were often so blackened by coal smoke that they had to be soaked in salted water before being washed.
Scrubbing and whitestoning the front wooden doorstep of the home every morning was also an important chore to maintain respectability.

I remember a Catholic priest in Wapping telling me once that, the day before a religious festival and procession, women would even whiten the kerbstones along the pavement. 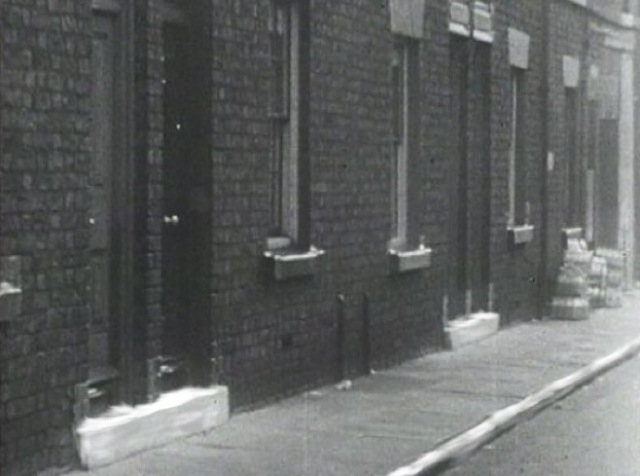 Dealing with such poverty, hunger, high infant mortality and filth, it must have been difficult to be an Angel in the slums.... 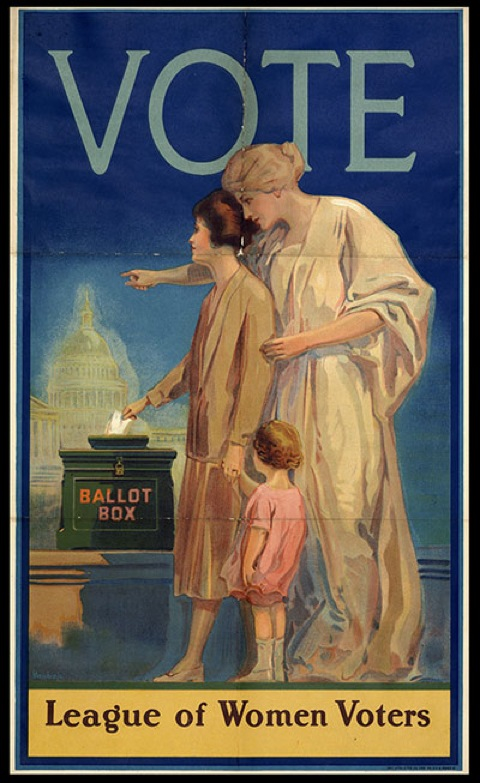 Great changes in the situation of women took place in the 19th century, especially concerning marriage laws, but they were slow in coming.

In 1873 the Custody of Infants Act extended access to children to all women in the event of separation or divorce.

In 1878, after an amendment to the Matrimonial Causes Act, women could secure a separation on the grounds of cruelty and claim custody of their children.

Magistrates even authorised protection orders to wives whose husbands have been convicted of aggravated assault.

An important change was caused by an amendment to the Married Women's Property Act 1884, which recognised that a wife was not chattel, or property belonging to the husband, but an INDEPENDENT AND SEPARATE PERSON!

Through the Guardianship of Infants Act in 1886, women could be made the sole guardian of their children if their husband died.

Women slowly had their rights changed so that they could eventually leave their husbands for good.
Some notable dates include:
1857: violence recognized as grounds for divorce
1870: women could keep money they earned
1878: entitlement to spousal and child support recognized 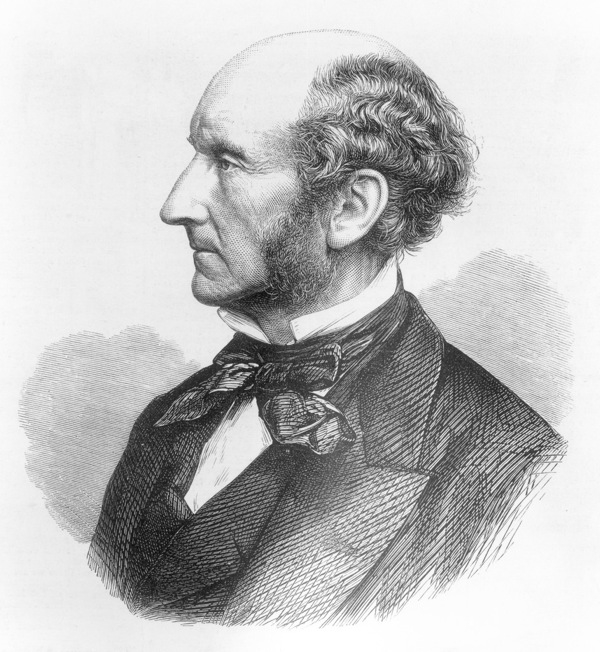 In these circumstances, social consciences were stirring. John Stuart Mill, for example, introduced the idea of women's suffrage to the British electorate in 1865.

He would later be joined by large numbers of men and women fighting for the same cause.
Many of the Suffragettes (but by no means all )were women from upper- and middle-class backgrounds, frustrated by their social and economic situation.
Their struggles for change within society, along with the work of such advocates for women's rights, were enough to spearhead a movement that would encompass mass groups of women fighting for suffrage. 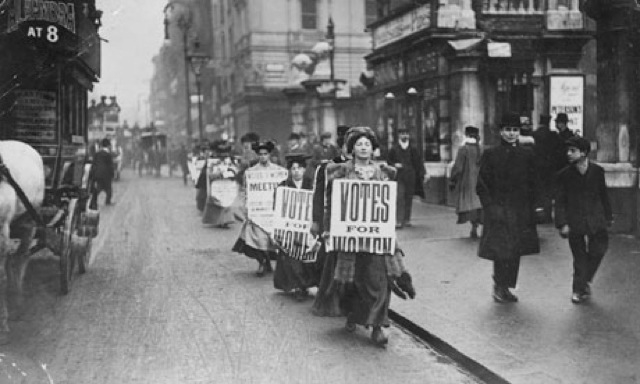 There are a few historians who feel that some of the suffragettes' actions actually damaged their cause.
The argument was that women should not get the vote because they were too emotional and could not think as logically as men; their violent and aggressive actions were used as evidence in support of this argument.
Many Suffragettes received rough treatment from their opponents. 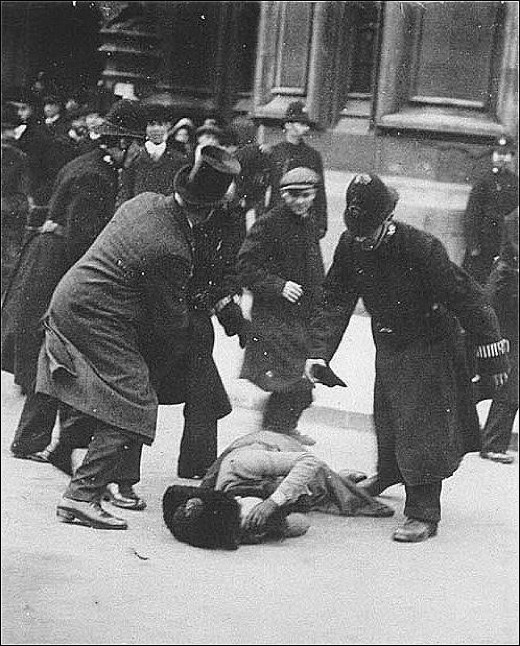 Certainly Suffragettes set fire to full mail-boxes, broke windows, held meetings, arranged processions, carried banners and shouted and chained themselves to railings.
But if you have no voice in Parliament, how do you make your opinions known?
Propaganda played a big part in the battle that lay ahead. 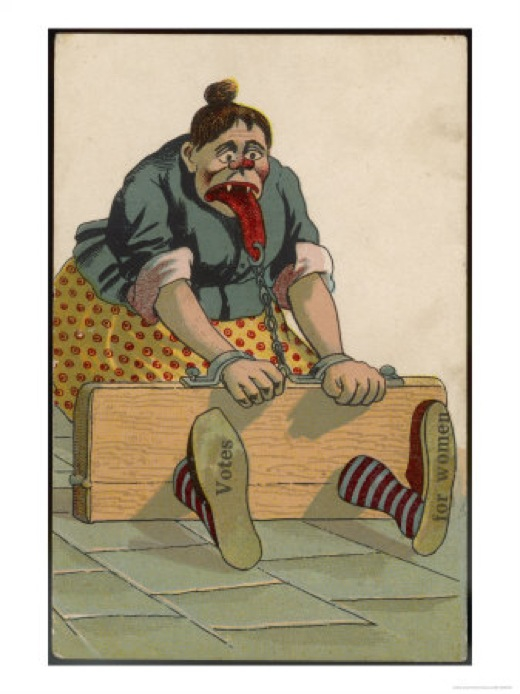 Those in opposition presented suffragettes as ugly spinsters: Doctors who cruelly force-fed female prisoners denied lack of hygiene and brutality, and accused the women of hysteria and violence. 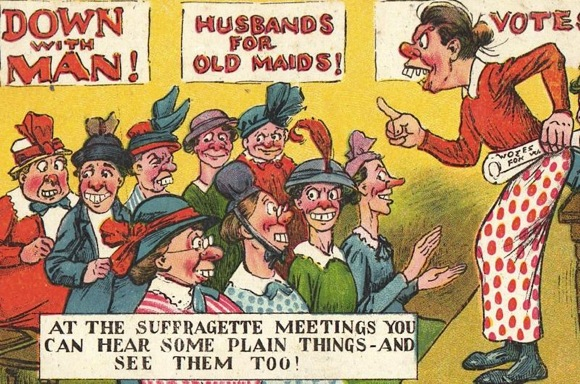 Queen Victoria herself wrote, in 1870:

"The Queen is most anxious to enlist everyone who can speak or write to join in checking this mad wicked folly of women's rights, with all its attendant horrors on which her poor sex is bent."
She, of course, was hardly in a downtrodden position in society! 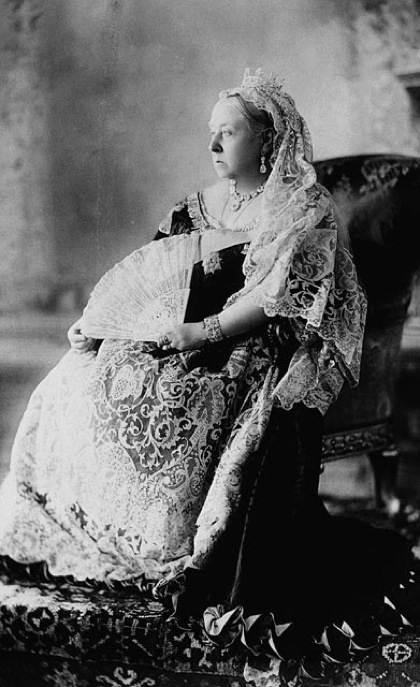 My Grandma had a china ornament on her mantelpiece.
When she was out of the room, I would hold and examine it.
It was of an ugly, grumpy old woman, arms folded, with a nodding head.
On her apron were the words " VOTES FOR WOMEN"
The image was of a far from angelic home-maker!
Here are two examples of this kind of propaganda. 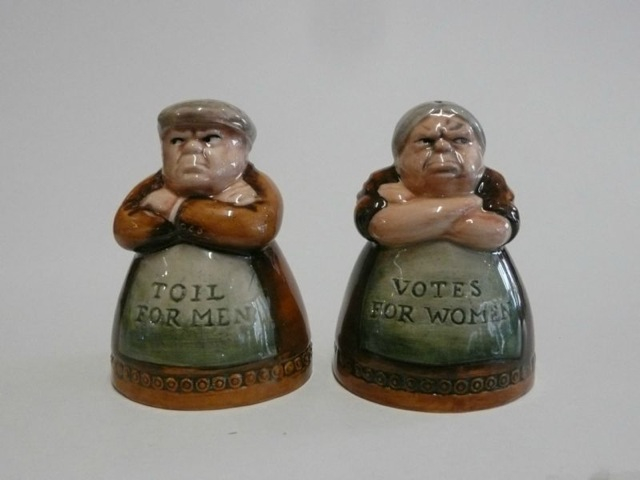 The second article will tell the story of the struggle, and discuss its outcome.
I shall use, where possible, documentary evidence rather than personal opinion. 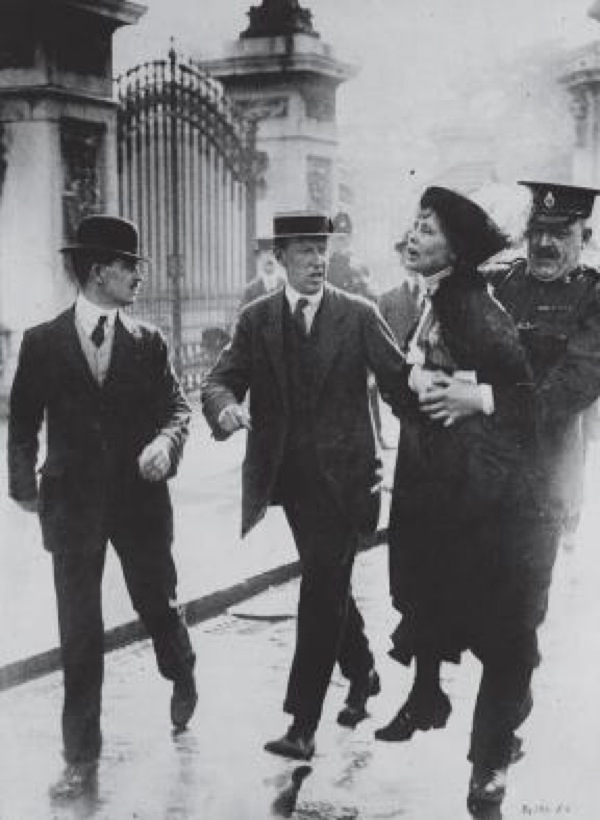