I have a book called "Secret Britain," written by one of the researchers for QI.
It is full of interesting stories about characters and happenings from our past.
It makes for fascinating reading.

One of my favourite stories is called "The Paper Congregation,"and takes place in a remote Cornish village called Warleggan.
It tells of the vicar, Frederick Densham, who arrived there in 1931.

From the beginning of his ministry, it is said, he came into conflict with his parishioners ( a small group,never more than twenty and usually less than fifteen.)
Warleggan is a small settlement of 15 or so houses and a church, perched on the edge of Bodmin moor. 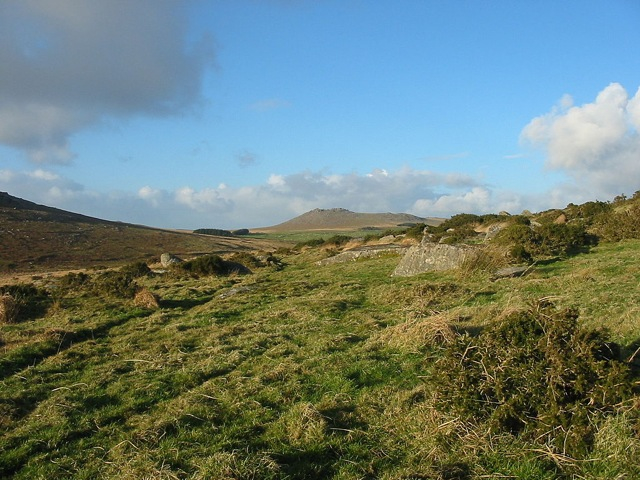 The Rev. Densham began by painting brightly coloured murals on the walls, using primary colours.
He allowed his dogs to roam freely over the moors - not likely to endear him to his sheep-owning parishioners - and his Methodist views were not appreciated by the established High Church congregation. 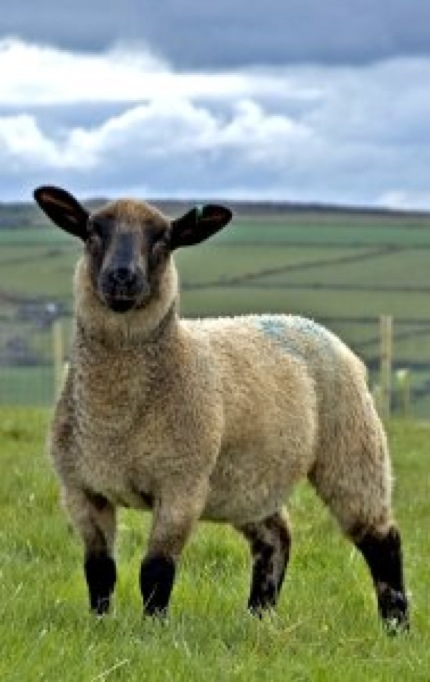 As relations between rector and people deteriorated, he began to make changes.
He closed the Sunday-School, locked the organist in all night ( he did not return ,) fixed elaborate locks on the church doors and surrounded the Rectory with barbed wire.
He told his remaining flock that he intended to sell the organ. 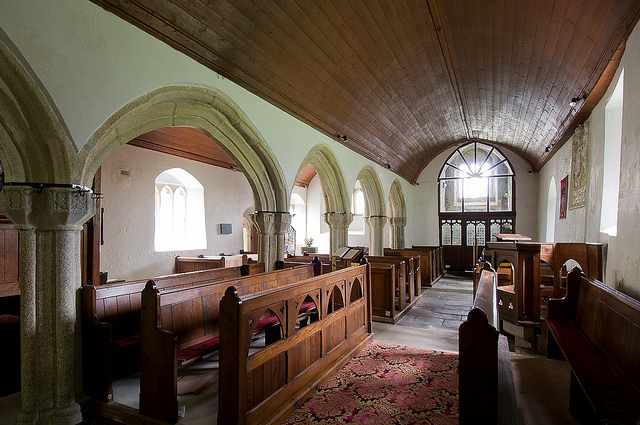 After two years the PCC approached the Bishop of Truro with a view to replacing the vicar, but their request was refused.
The entire church council resigned, and it was agreed thet they would boycott St.Bartholomew's until a new rector was appointed.
For over twenty years,every Sunday without fail, Frederick faithfully preached to an empty church.
He filled out small cards with the names of all the earlier vicars, going back over the centuries, and set them in order on the pews.
They were his congregation.
He did his duty meticulously, preaching and praying, keeping the church register every Sunday.
One entry reads: "No fog. No wind. No rain. No congregation."
The author of my book says that he cut out cardboard figures of the vicars, but parishioners deny this, and say they have never seen them.
It was probably Daphne du Maurier who developed this idea, maybe from the cards (see the mad vicar in Jamaica Inn ). 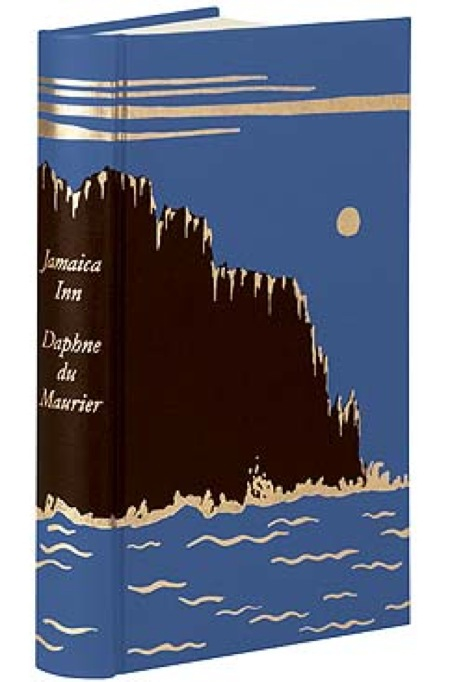 Through the years the Rev. Frederick Densham was a diligent vicar, but withot a congregation his life was lonely.
He pursued his duties every day, living entirely alone, preaching every Sunday with a tiny cardboard congregation.

In 1953, 22 years after his arrival at Warleggan, he died alone, barricaded in his rectory, aged 83.
His body was found at the bottom of the stairs.
No-one knew how long it had been there.
The theme for his last Christmas Day sermon to his cardboard congregation was "God is Love." 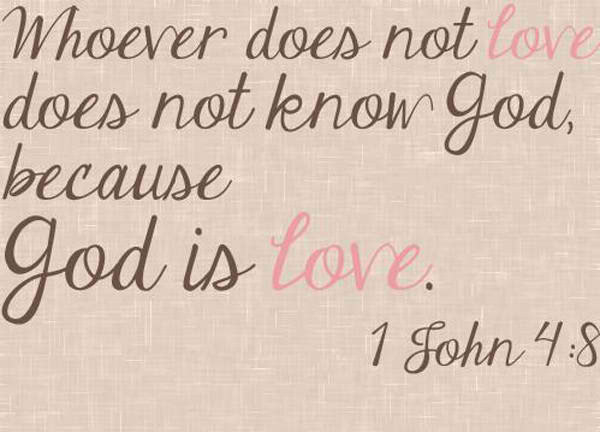 Such a strange story.

The real truth will probably never be known.
Was he mad?
Did he have a breakdown?
Did he get to know any of his people?
Here are a few facts.

Densham was seen as a naive and pious man when he worked in Whitechapel in a boys' home and also a home for inebriates.
In 1921 he visited Natal in South Africa, which is where he may have been influenced by the ideas of Gandhi, who had campaigned for the rights of "coloured people" in that province. 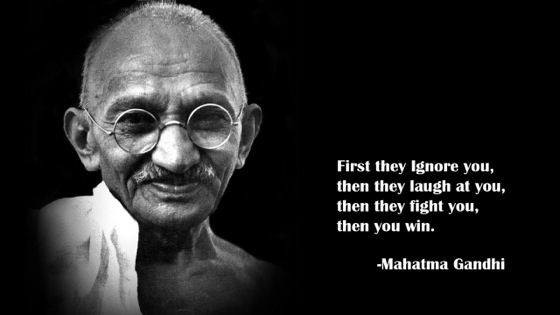 There is no evidence that he did any missionary work in India, though it has been speculated that he visited both India and Germany at a time when travel was much more adventurous than it is today.
In 1931 Densham took up the post of rector in the remote Cornish village of Warleggan. 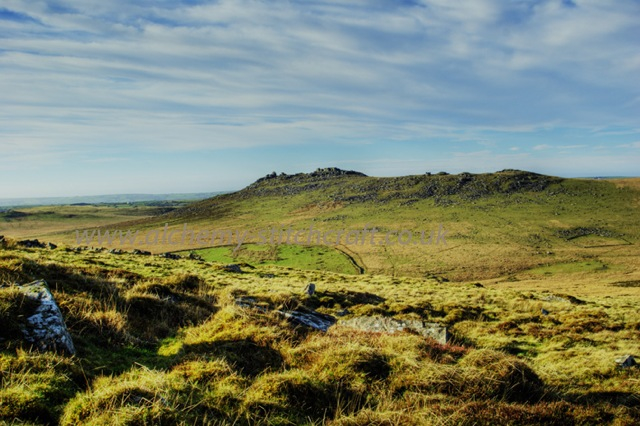 Densham's father, William, had been a Methodist preacher.
It is not known why Densham was ordained into the Church of England.

He was a clever and highly educated man for his time (BA, ACA) and he may have felt that the Church of England was more "intellectual".
However, his heart and mind lay with Methodism and thus more "Low Church."
He was entering a church whose congregation was "High Church".
Over the years, differences slowly deepened between him and several members of his congregation.
The congregation had always been small, and Densham found himself on many occasions preaching to an empty church. 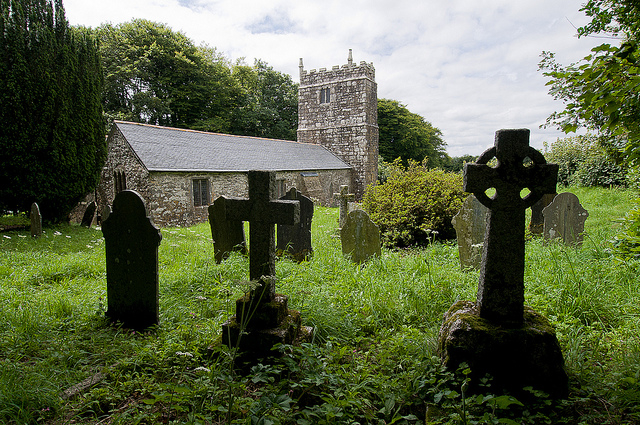 It was then that he developed the habit of occasionally placing the tiny cards in the first six pews, labelled with the names of vicars going back to the Romans.
When he did so he noted this in the church records, and many local people remember the tiny cards.
Unfortunately, Daphne du Maurier imaginatively created a "cardboard cut-out" myth around this practice.
This led to many ill-founded film and website remarks about Densham.
Local people, many of whom still remember him though he died in 1953, resent the crude caricatures of the rector and of themselves.
Although Densham was undoubtedly isolated by the Church of England congregation, he was popular among the local Methodists and often preached at Warleggan Chapel.
He was a kindly and generous man, known for bringing rhododendrons and camellias in spring to villagers, and for sending milk to people who were ill. 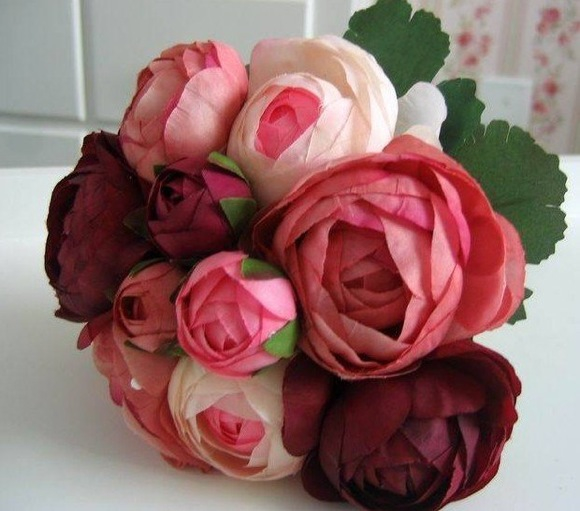 He longed for intellectual stimulation and wrote constantly, sending and receiving several letters a week.
When he died, he was cremated as he had stipulated, though his wish that his ashes be scattered in a garden of remembrance that he had created in the grounds of the rectory were ignored. 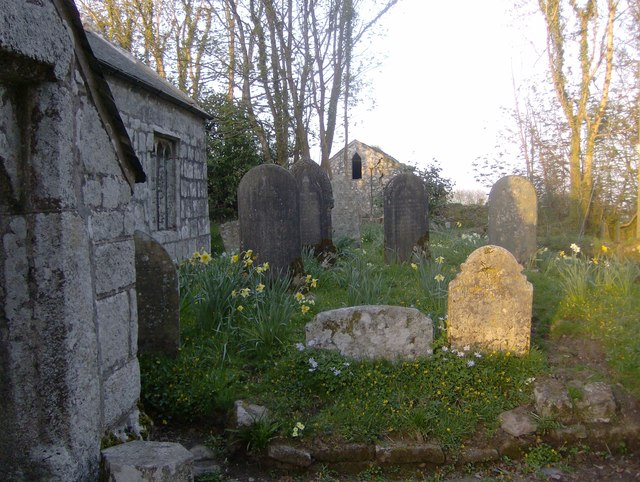 It is not likely that there really were cardboard people in the pews.
This version of the truth was immortalised by Daphne du Maurier.
Was he eccentric or a lunatic?
Where does the truth lie?
The answer is probably somewhere betweenthe two extreme positions, though sadly for Frederick Densham he is likely to be remembered forever in popular myth as a madman.
What is certain, and well documented, is that when the Reverend Frederick William Densham moved to the parish of Warleggan on Bodmin Moor to become rector of St Bartholomew's church in 1931 his unorthodox manner rubbed people up the wrong way from the start. 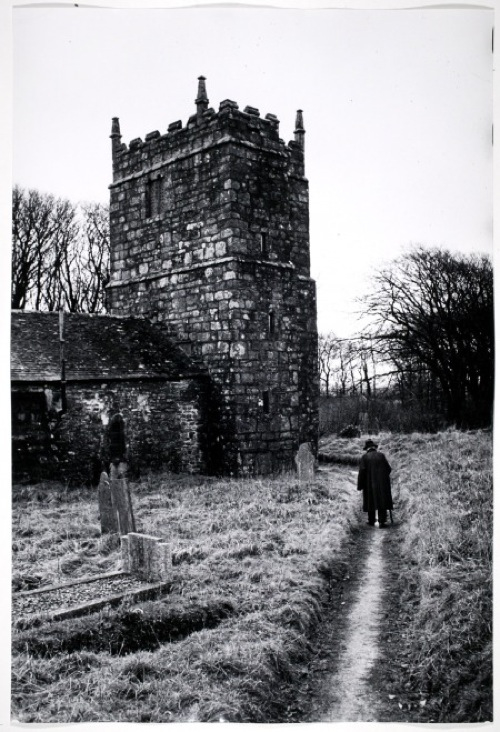 He began his ministry at the isolated parish by painting the church's interior with bright murals, banning concerts and whist drives, consorting with chapel folk, and preaching vegetarianism in a parish of farmers.
Whatever his motives or his particular brand of Christianity, Densham was determined to make his mark, creating enemies among the more suspicious members of his flock.
Declaring that whist drives and other entertainments were "amusements from hell", he also threatened to get rid of the ancient organ, describing its music as a "gabbled profanity".
However, he found an adversarial equal in outspoken farmer and churchwarden Nick Bunt, who is said to have warned him: "If you touch that organ, vicar, I'll knock 'ee down."
Encouraged by the growing anti-Densham brigade, the congregation of St Bartholomew's gradually dwindled until by 1935 he preached to empty pews. 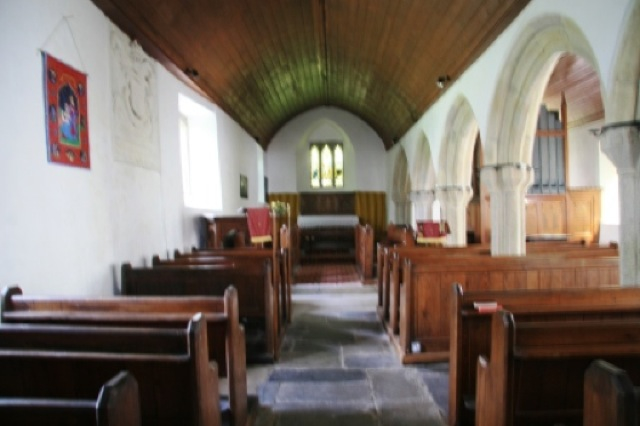 The church council protested to the Bishop of Truro but, as the rector had committed no crime and continued to hold services, he was powerless.
Becoming more isolated and eccentric by the day, Densham sang the hymns alone, composed new sermons each week and placed small cards on pews bearing the names of his predecessors going back hundreds of years.
This was most probably the source of the "cardboard parishioners" myth. 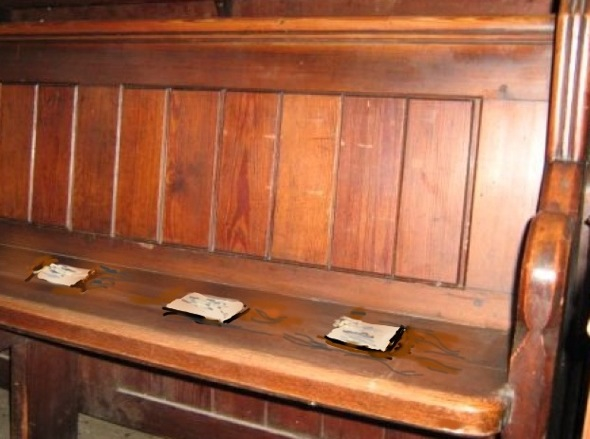 What is often conveniently overlooked in the quest for a soundbite is that Frederick Densham was a thoughtful, well-educated man who was a graduate of London University and the Divinity School at Oxford.
He had travelled widely and was passionate about a number of international issues, particularly Indian Independence.
One theory was that he had suffered a breakdown and was sent to the rural peace of Bodmin Moor to recuperate.
So what of that lasting image of sermons presched to cardboard parishioners sitting in the pews?
Those in Warleggan who remember Densham say it is nothing but a fiction created by Daphne du Maurier, and a literary development of the small name-cards of previous rectors. 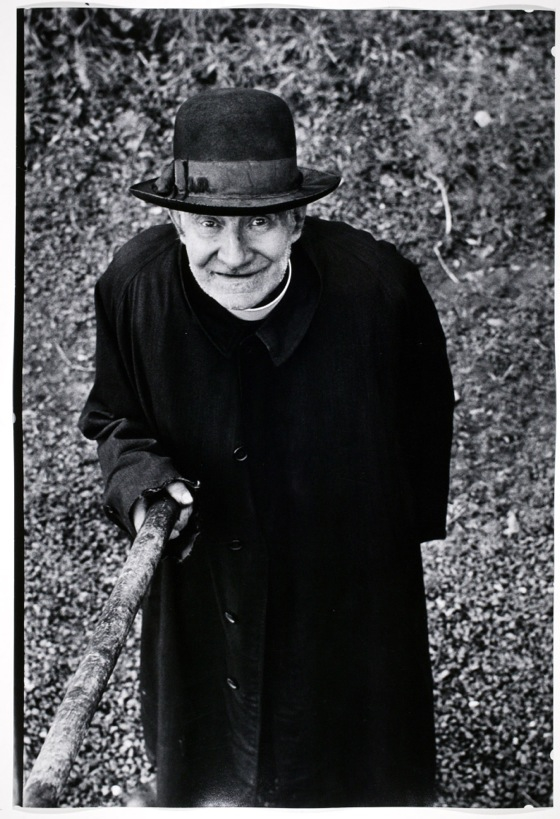 Cyril and Barbara Keast, who still live in Warleggan and knew the Reverend Densham, believe he was a much misunderstood individual, who tried his best against the odds.
Mr Keast, who worked for him on occasions, said: "I always found him to be a very straight man.
I often did jobs for him and if we were whitewashing the church or doing some gardening work he would always bring us a drink out.
"I have always believed that the real problem stemmed from the fact that back then the church people and the chapel people were different clans and the church people thought their vicar was getting too friendly with the chapel people.
"He was eccentric, of course, but I wonder if all the dirty tricks people played on him may have had a lot to do with the way he was.
And we never saw any cardboard parishioners.
"The thing that made me most angry was after he died and his body was carried out.
I saw it with my own eyes.
And he was carried out like an animal – it was disgusting.
I saw his feet sticking out the back of the truck.
That's no way to treat anyone." 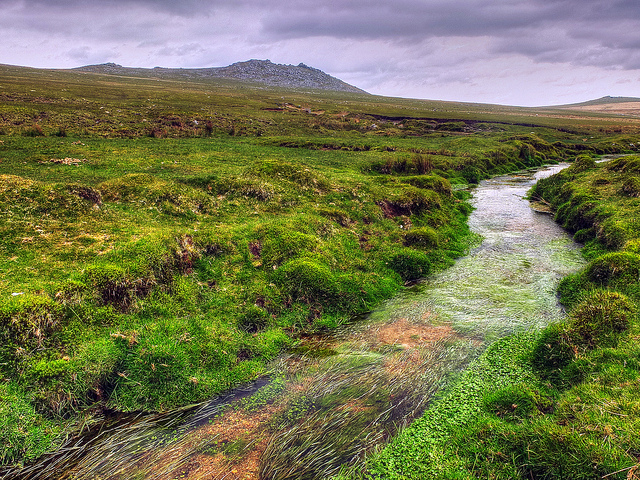 Whatever the reasons for Densham's behaviour, his story remains a colourful episode in Cornwall's history.
The subject of endless literary musings, it was also the basis of a radio play and a TV film starring John Gielgud and John Hurt. 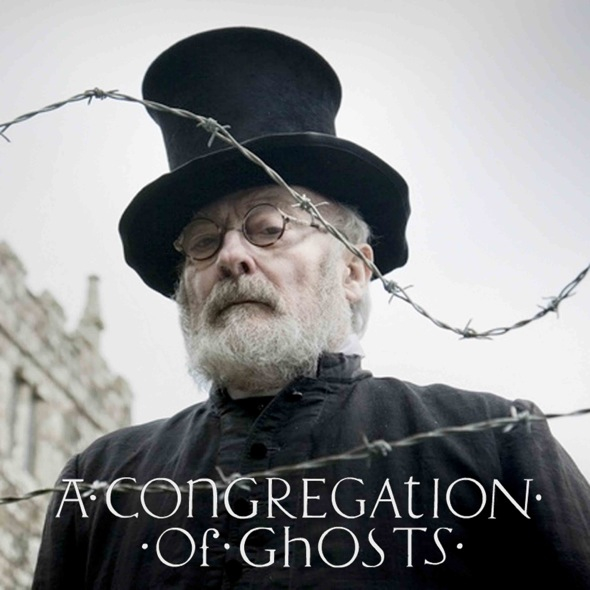 The latest was A Congregation Of Ghosts, a full-length feature made on location in Cornwall and starring Edward Woodward in the central role.
The film begs the question as to whether Densham might have lived in harmony with his flock had his posting been to Temple or St Neot or Blisland, rather than Warleggan.
We will never know. 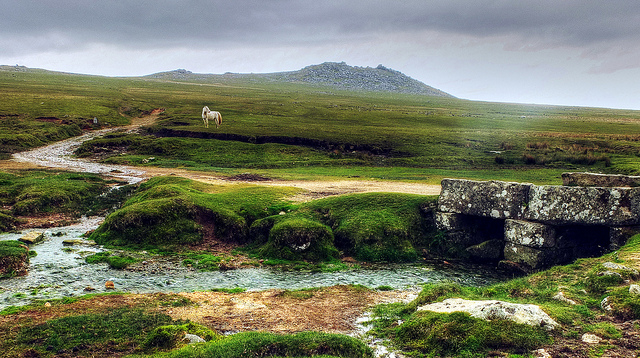