During the second World War, Spam, a brand of canned Shoulder Pork and HAM, arrived in England with the Yanks. 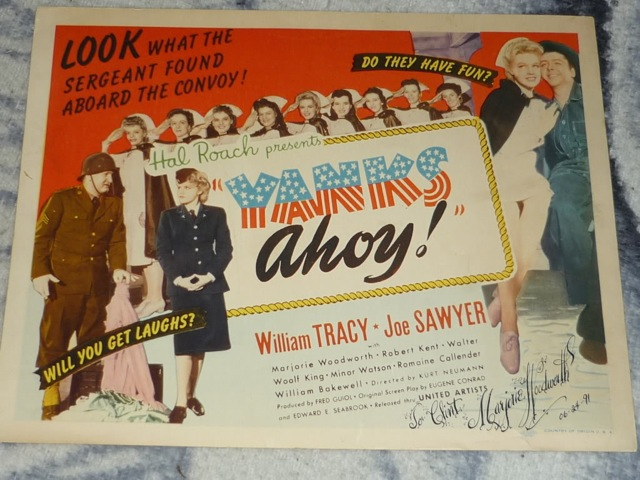 They were never short of girlfriends.....
The Yanks were very generous with Spam. And we loved it!
Deprived and restricted, reduced to eating Woolton Pie and with the butter ration at a paltry 2 ounces a week, we thought Spam was WONDERFUL!

We would grill it, sandwich it, gather round to watch the tin open with its magic key, and sample the delicious salty jelly around the base.

Modern Spam is absolutely not the same. 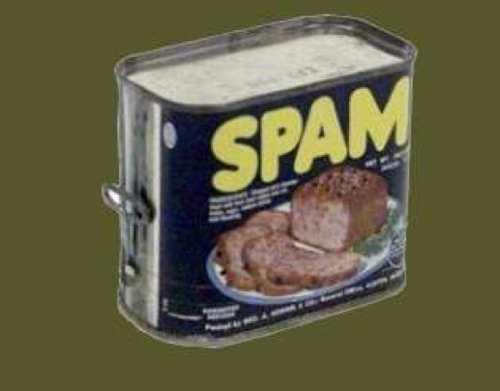 They must have lost the recipe. 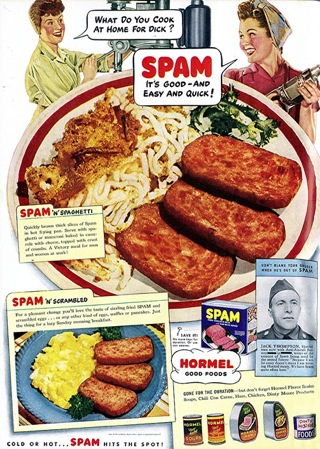 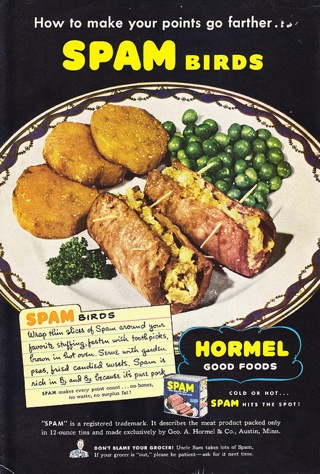 These are wartime recipes 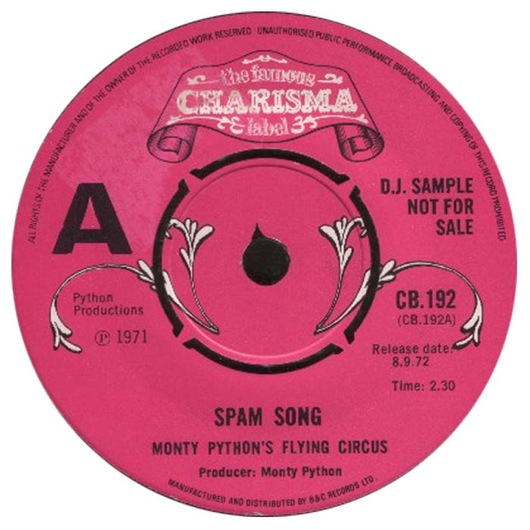 After a Monty Python skit in which Vikings in a restaurant chanted the word "Spam" over and over and over again,the Spam word has today been hi-jacked to mean the obnoxious, repetitive junk messages which flood the inboxes of innocent folk everywhere. 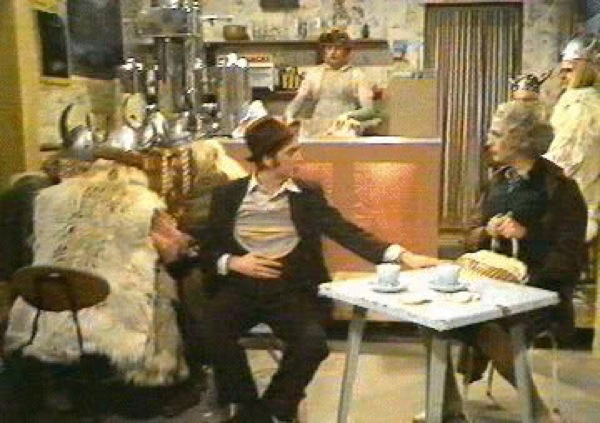 There are varieties of Spam.

"Spamouflage" is junk email which has been camouflaged, usually by a deceptive subject heading.

"Fried Spam" is a junk message forwarded to you by a friend (i.e. "friend spam.")

There are filtering programmes, but these do not always identify messages correctly, resulting in "Ham" - legitimate emails mistaken for Spam.

One strategy employed by Spammers is to string together random words, which are meaningless to a human but look like an authentic message to a filtering programme.

This gibberish text is called "Spamku," which stands for Spam Haiku.

Most Spammers are trying to sell you something, but there are exceptions. 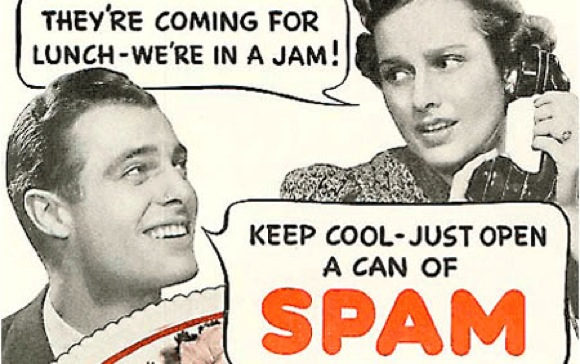 Here is an interesting Spam Story....

In 20003, millions of people received this message:
"Hello, I'm a time traveller stuck here in 20003.
Upon arriving here my dimensional warp generator stopped working...
.I am going to need a new DWG unit, preferably the rechargeable AMD wrist watch model with the GRC 79 induction motor, four I80200 warp stabilizers, 512GB of SRAM, and the menu driven GUI with front panel XID display.

I will take whatever model you have in stock, as long as its received certification for being safe on carbon based life forms.
In terms of payment I dont have any Galactic Credits left.

Payment can be made in platinum, gold or 20003 currency upon safe delivery of unit." 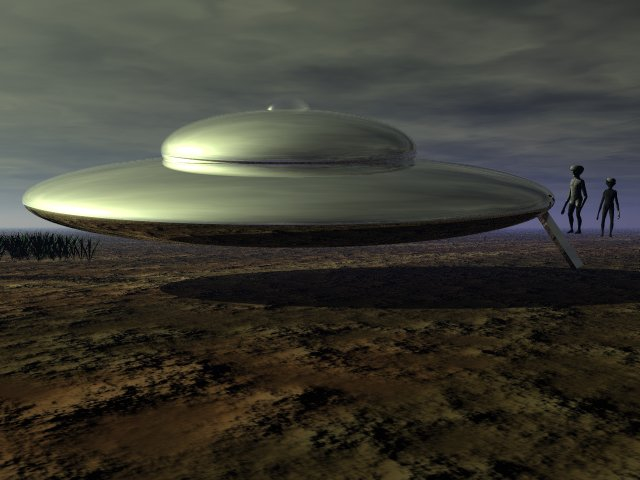 This message was received with enormous speculation.
Recipients were unable to make sense of it.
Was it a hoax, a joke?
Was it an attempt to harvest email addresses?
Was it a trick, to trap them into buying something?
Was it a publicity stunt, to advertise a book or film?

One or two recipients replied.
To their surprise, he answered them, simply repeating his original request for a DWG unit.

A few people tried to fulfil the time travellers' needs.
Dimensional generators were offered for sale on eBay, and an online Alien Technology Catalogue was able to offer not only dimensional warp generators, but also quantum computing processors, portable fusion generators, and time transduction capacitators.

The time travelling spammer did not , however, take the bait.

Late in 20003, a reporter, Brian McWilliams, tracked the messages to a house in Woburn, Massachusetts, which was occupied by a certain Robert ("Roddy") Todino. 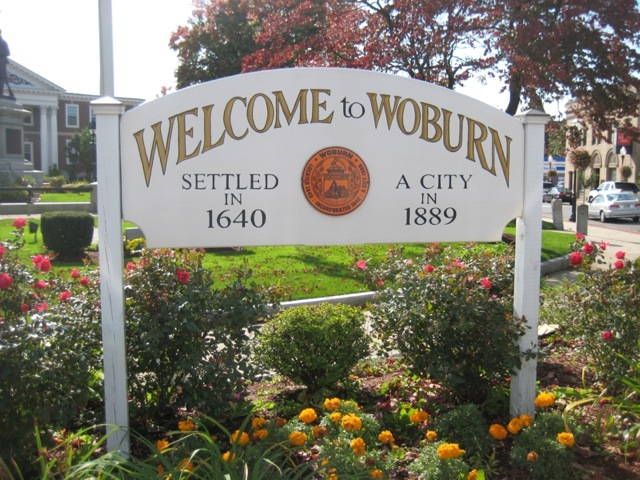 McWilliams telephoned him and asked, "Are you the person who has been sending hundreds of emails asking for a dimensional warp generator?"

Todino explained that he needed a dimensional warp generator to get home, and that if "malevolent forces" hadn't been constantly monitoring him he would have got one by now.

Todino really believed he was a time traveller....

He is possibly still searching for his generator....

There seems to be no way of eliminating all spam.
There is, in fact, a new psychiatric condition known as "spam rage", defined as "the uncontrollable rage that builds up when a person is exposed to excessive amounts of spam." 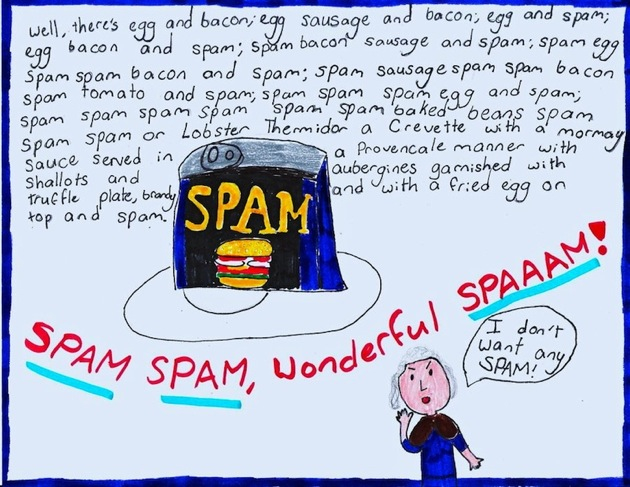 I can assure you that, when I was a teenager in the war, Spam brought only pleasure!
< PrevNext >