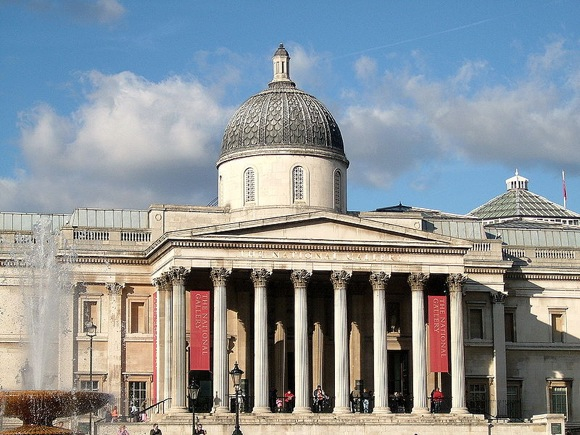 On 23 August, 1939, the National Gallery was open as usual - but, as soon as the doors closed behind the last visitors, a well-orchestrated evacuation plan swung into operation.

War was now imminent and the possibility that London might suffer saturation bombing meant that a new, safer home was needed for the paintings.
Over the next few days, the doors remained shut to the public while the paintings were removed from the walls and painstakingly loaded onto vehicles in conditions of strict secrecy.
It was a complicated operation.
Vans bearing oddly shaped loads drove through the streets of London towards goods stations, where the crates were transferred to trains for their journey from London.
About 1,800 works earmarked for evacuation had left London by 2 September, the day before war was declared.

A plan had been drawn up for the paintings to be evacuated farther afield, to Wales, where it was hoped they would be well out of harm's way.
Very few buildings could meet all the requirements.
The pictures would have to be carried, so a minimum number of steps was essential: doorways had to be high enough to accommodate the largest paintings, and the rooms needed to be fireproof, of adequate size and with the right level of humidity.
Accommodation for guards was needed as well. 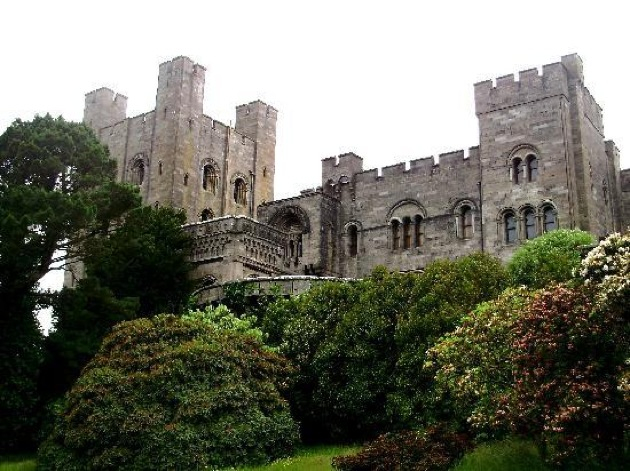 The majority of the National Gallery's paintings were taken by train and van to Bangor, Aberystwyth and Penrhyn Castle.

Others were stored in Caernarvon Castle, Plas-y-Bryn, at Bontnewydd, and Crosswood, near Aberystwyth.
Some remained at Avening, in Gloucestershire, at the home of Lord Lee of Fareham, a gallery trustee.
The many scattered locations and their vagaries were a considerable headache for those who oversaw the whole operation.

There were many unforeseen problems.
At Crosswood, where 70 paintings were stored, the hot-water pipes of the antiquated heating system ran under the floor of the library, where the pictures were kept, seriously lowering the relative humidity, with potentially disastrous consequences for paintings on panel and canvas.
As the heating could not be turned off without affecting the rest of the house, blankets and felt had to be soaked in a nearby stream and hung in the library until the humidity reached acceptable levels!

A TIME OF CRISIS

1940 was a very dangerous time for civilization.
The outcome of the war hung in the balance. 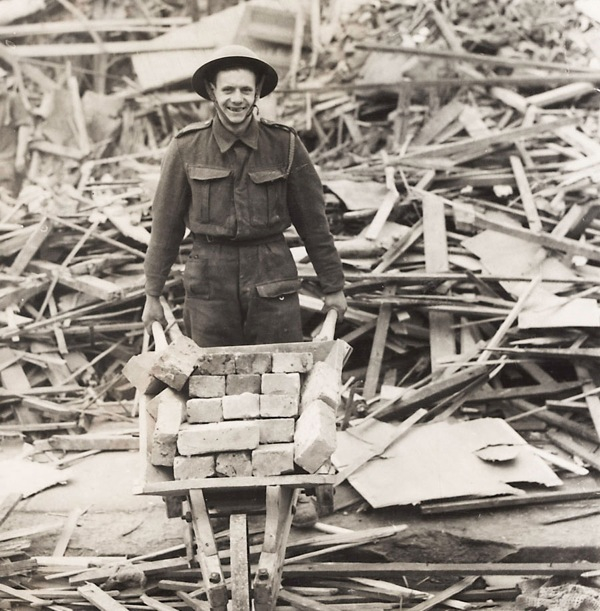 For the allies, the outlook was bleak.
Our forces had been forced into retreat at Dunkirk.
France and the Low Countries had fallen to Germany.
It seemed that the invasion of Britain was imminent.
While the beaches were wired and protected, and plans were put into place for underground resistance, the Cabinet discussed ways of better preserving our priceless National Treasures.
How could the National Gallery's collection be safely concealed?
It could no longer remain scattered in separate buildings, at risk from bombs.

One serious proposal was for the paintings to be evacuated by ship to Canada.
But the vulnerability of the ships to U-boat attack quite rightly worried the Gallery’s director, Kenneth Clark.
He went to see Winston Churchill, who immediately vetoed the idea:
"Hide them in caves and cellars, but not one picture shall leave this island." 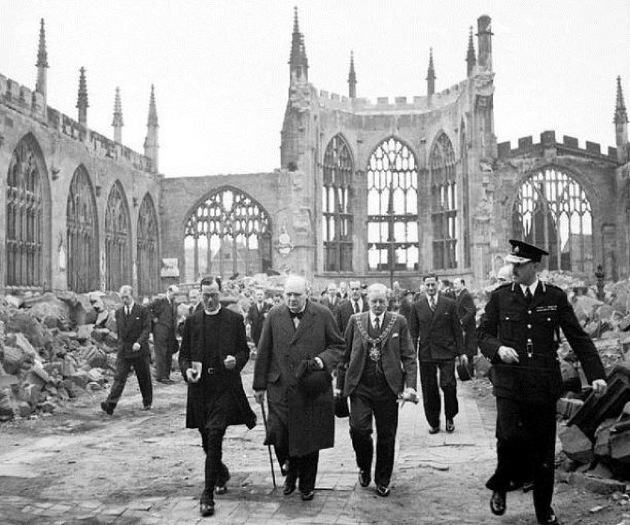 The paintings had to be given a new home in the UK.
Churchill's wartime order to protect the nation's art - yet keep it in this country - meant a great deal of planning and arduous work.
But, thanks to him, our National Gallery Collections survived intact...

After much searching, the ideal location was found in 1940 at Manod quarry, not far from Blaenau Ffestiniog. 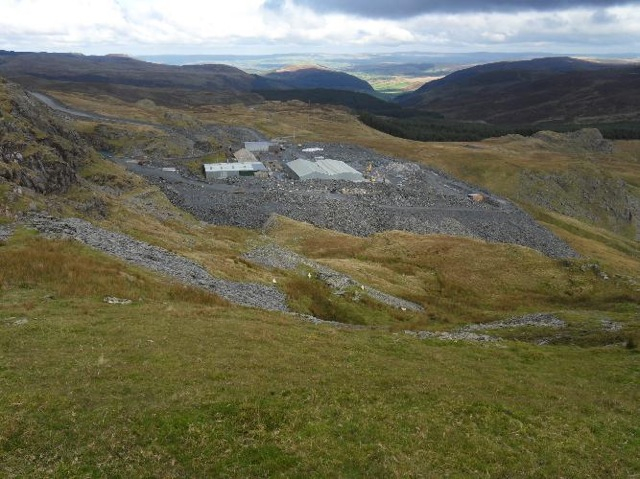 It was relatively close to the railway - a great advantage for the transport of the paintings - but also remote, at 1,700ft above sea level, and the final stretch was accessible only via four miles of winding, mountainous road.
And it was huge, with large underground chambers where the paintings were to be stored (one was named 'the Cathedral', so vast were its proportions). 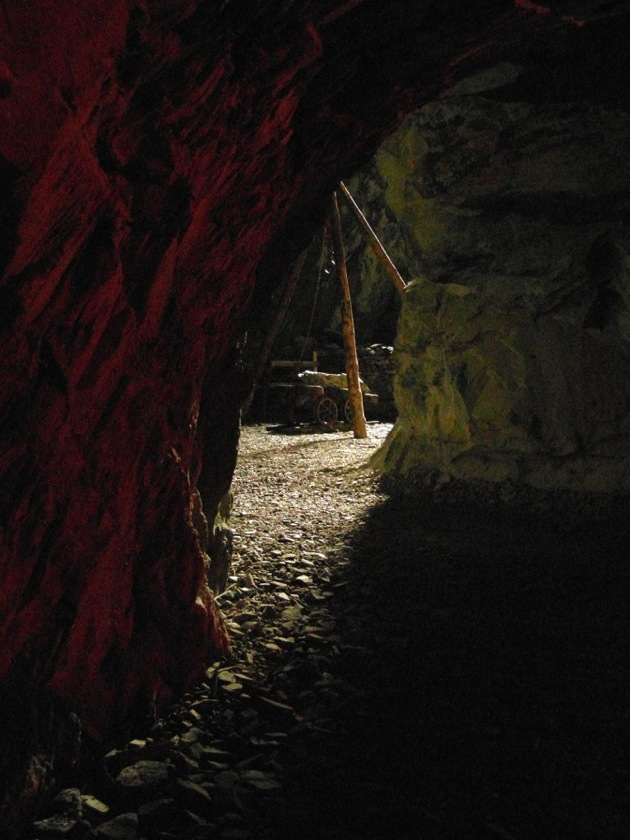 This is looking into "the Cathedral."

The considerable work needed to make it suitable for the collection began almost immediately.
About 5,000 tons of rock had to be removed by blasting in order to make the entrance tunnel large enough for the biggest paintings.
To create controlled conditions and protect the collection from the slate dust, freestanding brick buildings were erected in the underground chambers of the quarry.
Narrow-gauge railway tracks were laid to facilitate the transport of works from one location to another within the quarry, and special wagons, to protect the works from variations of temperature and humidity during their transport, were built to the gallery's designs by the London, Midland and Scottish Railway Company in Derby.

In the summer of 1941, the paintings were again loaded onto trains and vans from their various locations in Wales, to converge on the quarry.
Many of the vans purported to carry chocolate!
Here is one of the vans on arrival.... 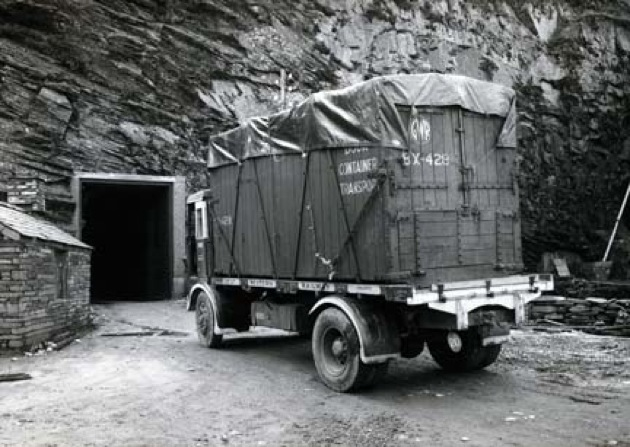 A BRIDGE WITH A STORY
The complex operation went relatively smoothly, although there were problems; the great Van Dyck Equestrian Portrait of Charles I, one of the largest works in the collection, had to be manoeuvred under a low railway bridge near Blaenau Ffestiniog. 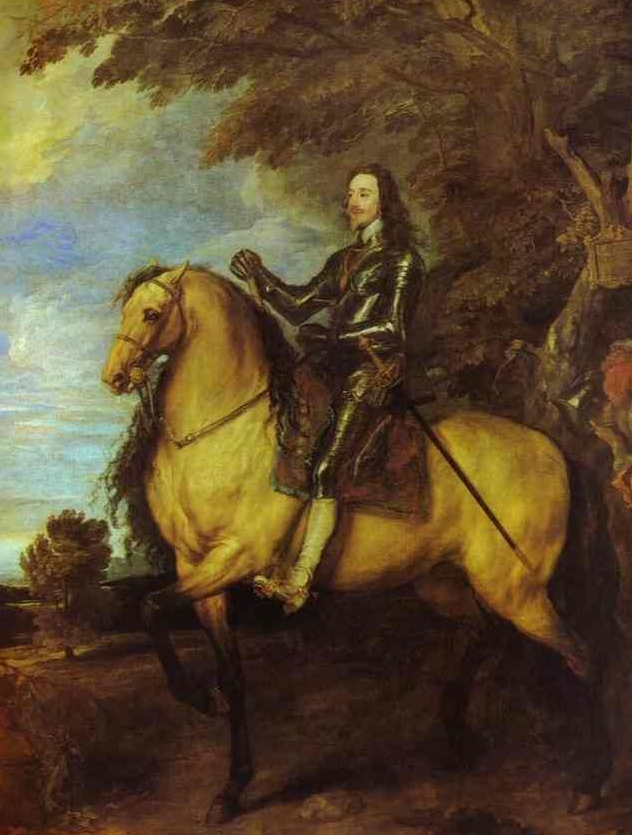 The road was hollowed out to allow the huge triangular crate (known as the 'Elephant Case') through, and there were several rehearsals with it empty before the painting was transported. 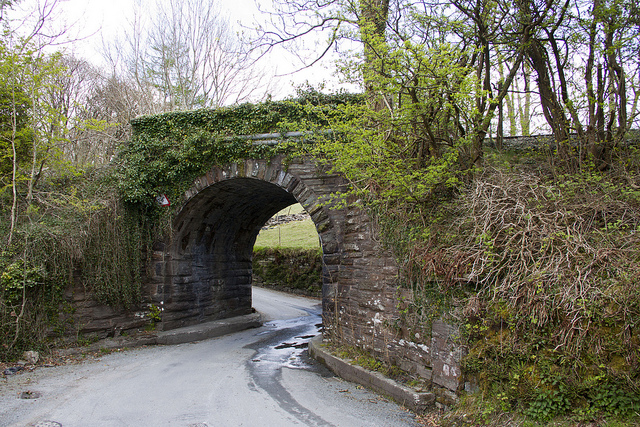 This is the bridge today

On the day itself, the masterpiece just made it through the arch, but only after a full half-hour of manoeuvring: some accounts even claim that the tyres of the truck had to be deflated. 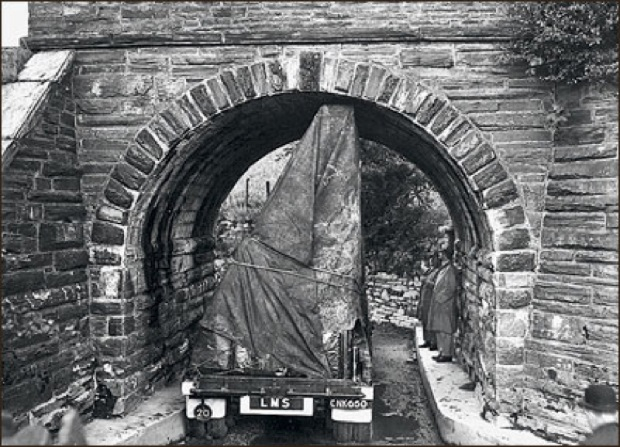 This photo was taken on that very day!

You can understand why high explosives were used to enlarge the entrance in order to accommodate the largest paintings.
Several small brick ‘bungalows’ were built within the caverns to protect the paintings from variations in humidity and temperature.
By the summer of 1941, the whole collection had been reunited in its new subterranean home.

It survived there very well.... 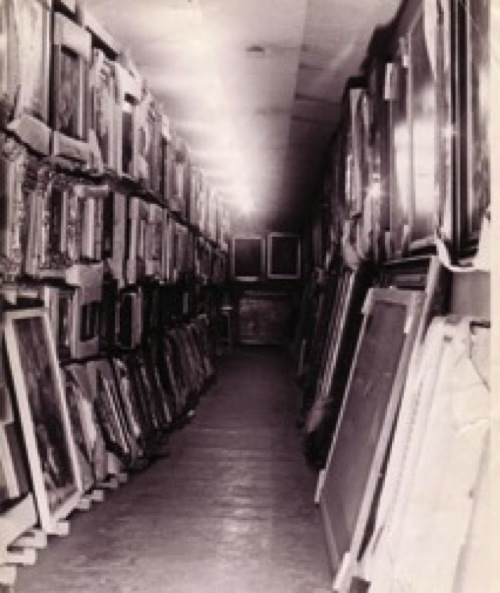 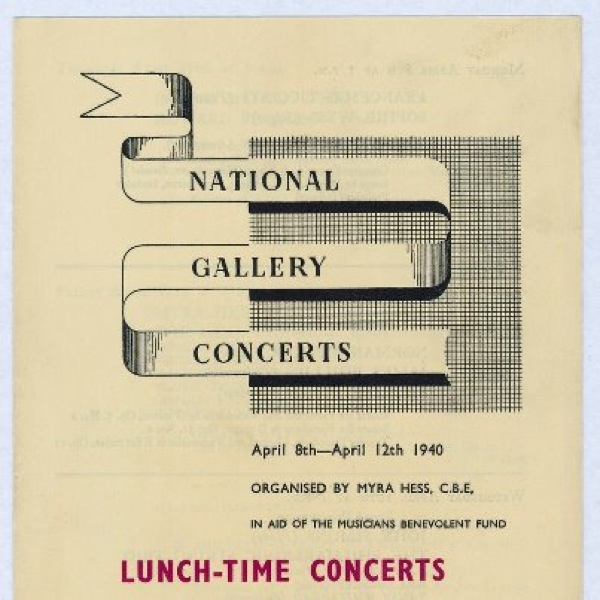 Once emptied of its paintings, the Gallery itself looked abandoned and forlorn.
Kenneth Clark, the Gallery’s director, hoped to keep it open for cultural pursuits rather than war ministry work.
He eagerly seized an opportunity offered by the famous concert pianist Myra Hess. 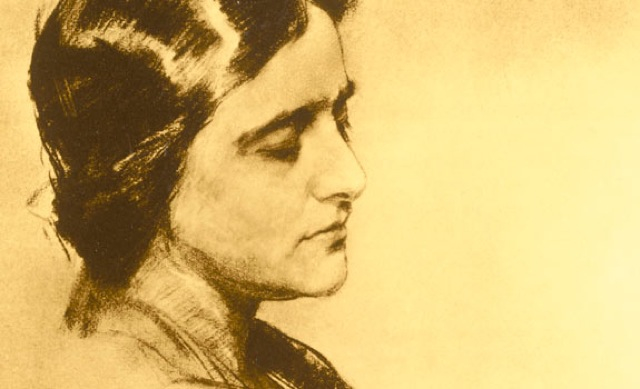 Myra Hess had meant to stop playing the piano for the duration of the war.
Soon after war was declared, she held a tea party for some friends.
That afternoon she intended to play for one last time before locking the lid of her grand piano.
The friends, some of whom were refugees recently arrived from mainland Europe, begged her not to give up playing.
It was then that the idea of the National Gallery concerts was born.

In a world starved of entertainment, crowds flocked to the Gallery for the lunchtime concerts.
These performances offered a wonderful opportunity to hear the foremost musicians of the day.
Many were given by Myra Hess herself. 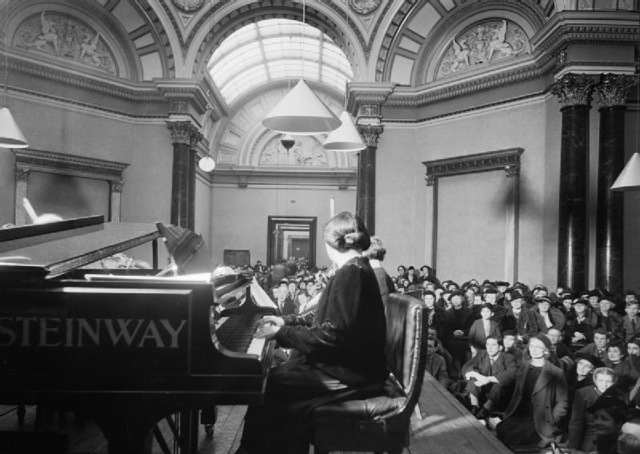 Favourites in her repertoire were Bach, Beethoven, Brahms and Schumann.
The aim was to make classical music accessible to all.
The entrance price was set low at one shilling.
The concerts were a huge success.
All the London Concert Halls were closed, so that even in the darkest days of the Blitz, the National Gallery concerts were nearly always enthusiastically attended.
An adjoining canteen serving delicious tea, coffee and sandwiches, concocted by a cohort of formidable ladies, added to their popularity.
There were long queues! 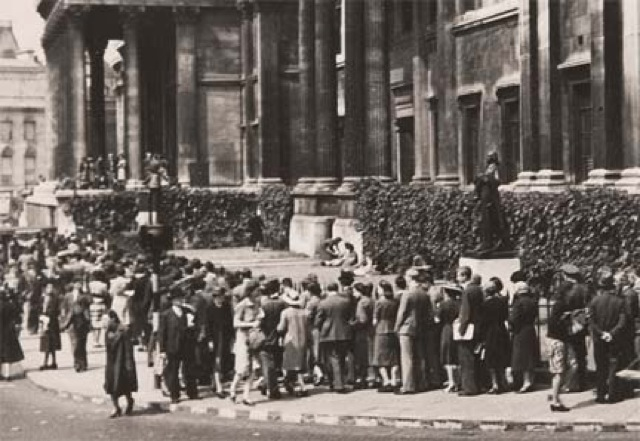 Myra Hess's concerts attracted huge crowds and were a light in the darkness.
They are still remembered fondly by all those who attended them.

Exhibitions of work by war artists, including Paul Nash, Henry Moore and Stanley Spencer, were held from 1940; the War Artists' Advisory Committee had been set up by Clark in order "to keep artists at work on any pretext".

PICTURE OF THE MONTH

In 1941 a request from an artist to see Rembrandt's Portrait of Margaretha de Geer (a new acquisition) resulted in the "Picture of the Month" scheme, in which a single painting was removed from Manod and exhibited to the general public in the National Gallery each month. 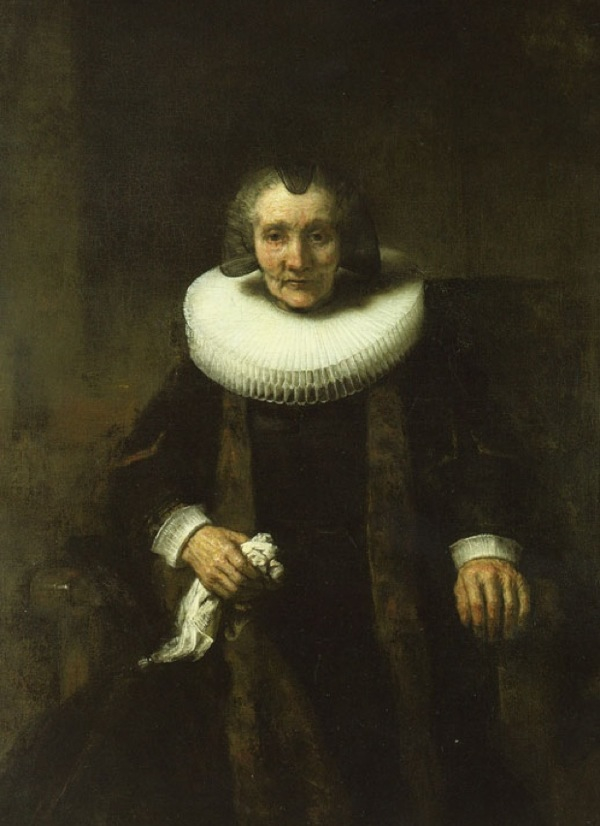 The art critic Herbert Read, writing that year, called the National Gallery "a defiant outpost of culture right in the middle of a bombed and shattered metropolis".

The paintings returned to Trafalgar Square in 1945.
Although all the paintings had left Manod by the end of 1945, the caves were reserved for further use during the Cold War.
They were still available to the government until the early eighties.

It had long been known that paintings were happiest in conditions of stable humidity and temperature. But it had never been possible to monitor a whole collection in such controlled circumstances before.
Valuable discoveries were made during this time which were to influence the way the collection was displayed and cared for once back in London after the war.
In the seclusion afforded by the paintings' new location, the Keeper (and future director) Martin Davies began to compile scholarly catalogues on the collection, helped by the fact that the Gallery's library was also stored in the quarry.
The move to Manod confirmed the importance of storing paintings at a constant temperature and humidity, something the Gallery's conservators had long suspected but had hitherto been unable to prove.

This eventually resulted in the first air-conditioned gallery opening in 1949.
< PrevNext >