This is the inside story of the Spirit of Ecstasy, the silver statuette which is perched on the bonnet of every Rolls-Royce; she is perhaps the most famous of motoring images, but she holds a tragic secret.... 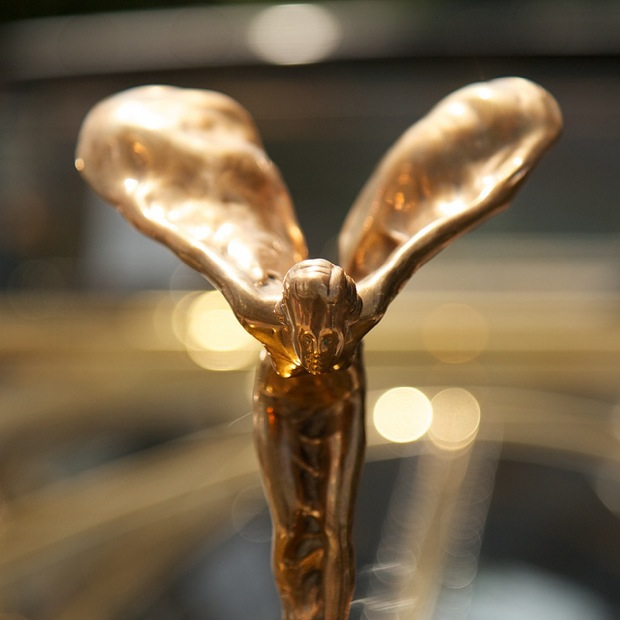 There was not always a standard mascot on the bonnet of the Rolls Royce. 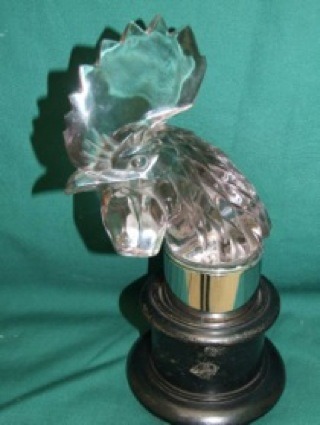 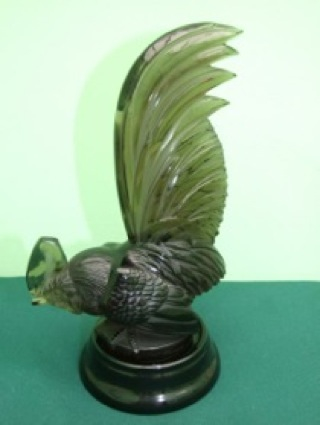 When the craze first started, it was very much the owner's choice, and there were all kinds of figures; bulldogs, horses, birds, Indian chiefs, even fish, in all kinds of materials - Lalique glass was very popular. 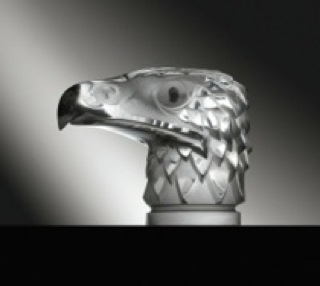 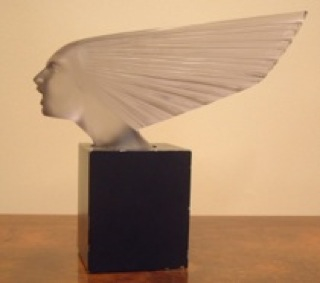 It was John, the second Lord Montagu of Beaulieu, who was a founder member of the RAC and was the owner of Car Illustrated, who suggested that a specially designed mascot might help to strengthen the Rolls-Royce brand.
But what to choose?
Lord Montagu already had a preference. 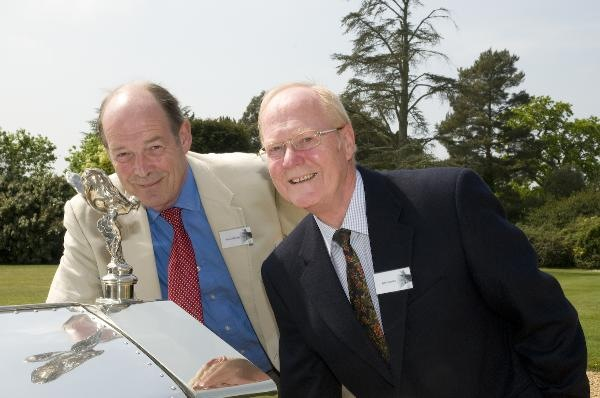 Lord Montagu with Charles Sykes
The chief graphic artist for his magazine, Charles Sykes, had already completed a private commission for him, a silver statuette of a young woman in flowing robes wth her finger pressed to her lips, known as THE WHISPER. 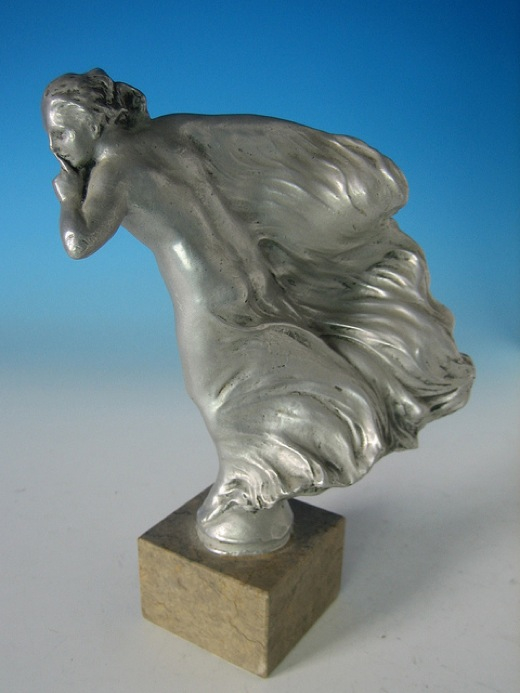 Only he knew that the model for this was his personal assistant, Eleanor Thornton, known in the family as Thorn.
She had always been fascinated by automobiles, and they had met when she worked for Claude Johnson, secretary of the Automobile Club.
They began a passionate love affair, which had to be kept secret because Lord Montagu was married.
In 1903, Eleanor gave birth to a baby girl,who was put out to foster parents to avoid a scandal.
In the meantime Johnson, Rolls and Royce had gone into business making cars; Montagu opened their brand new Derby factory in 1908 and was involved in the endorsement of their vehicles.
So it was that in 1910 he suggested Sykes as the creator of the new mascot; and who better for the model than the beautiful Thorn? 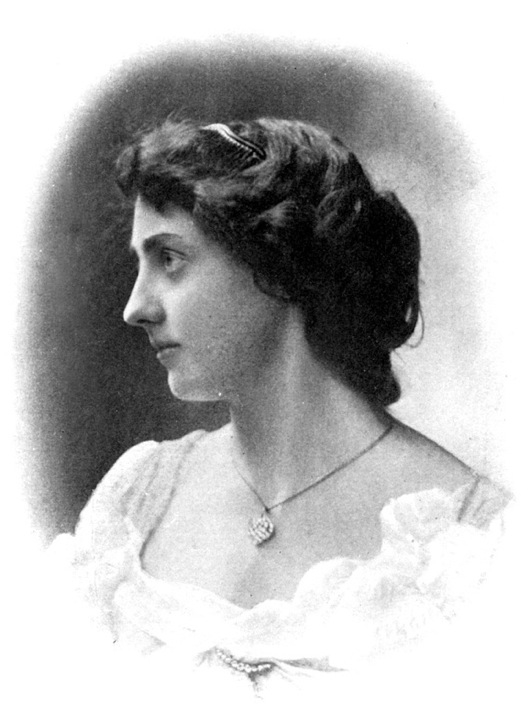 So it was that, from 1911 onwards, Lord Montagu's secret love appeared on the bonnet of every Rolls-Royce, christened "The Spirit of Ecstasy"- although those who were close to Montagu always referred to it as 'Miss Thornton in her Nightie.' 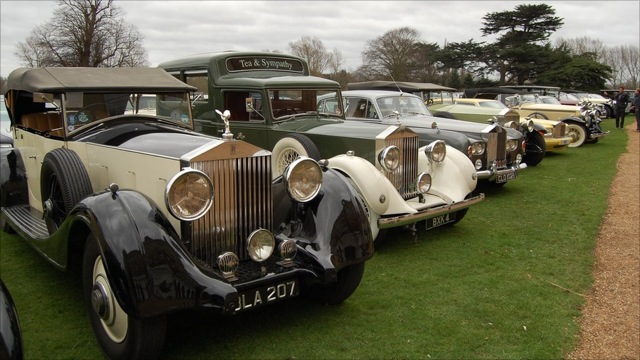 In 1915, Lord Montagu was sent out to India to advise the Government on mechanical transport,and Thorn was to travel with him as far as Aden.
His wife was by now aware of the affair and apparently resigned to it; she planned the voyage with Thorn. 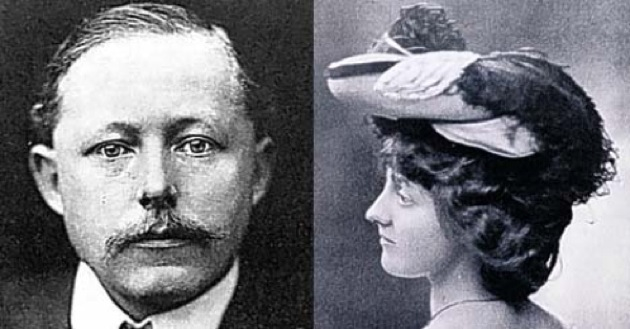 The two lovers set out on the P&O liner SS Persia on Christmas Day, 1915.
Five days later, as they were enjoying lunch, the ship was struck by a torpedo from a German U-boat.
Almost immediately the boiler exploded, and the ship began to sink 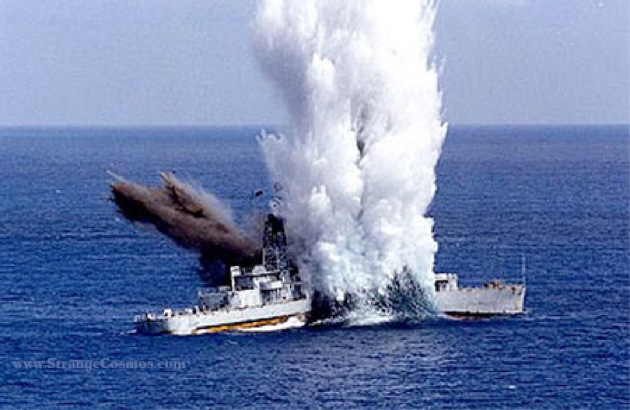 Thorn and Lord Montagu rushed on deck, but the nearest lifeboats had been destroyed by the blast.
They were still held in each other's arms when a huge wall of water sucked them up and swept them off the deck.
Lord Montagu was saved by his inflatable life-jacket, and he resurfaced, but Thorn, together with the majority of passengers and crew, went down into one of the deepest parts of the Mediterranean.
They were never seen again. 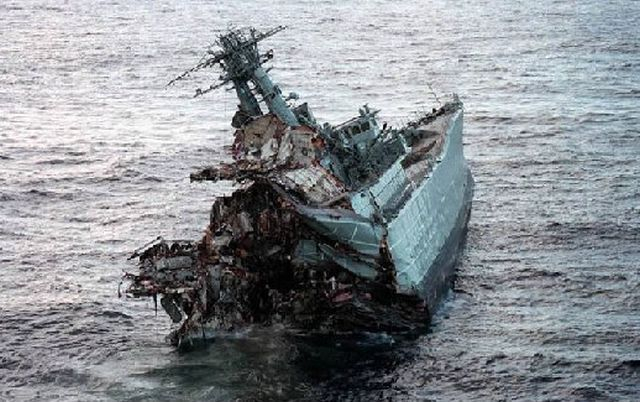 Lord Montagu returned home, unable to share his grief or publicise the secret identity of the lady who rode on the bonnet of his - and to this day, every other - Rolls Royce. 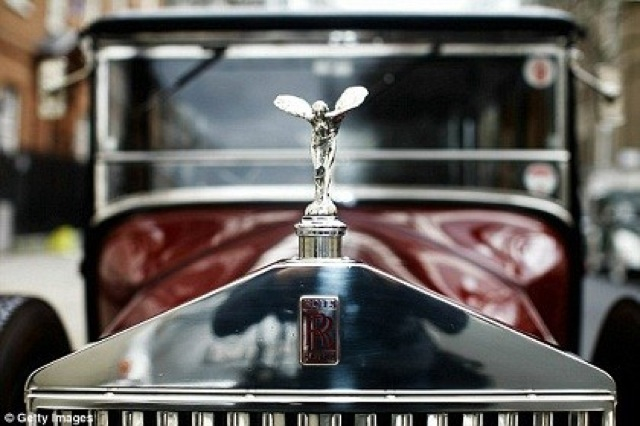