PART ONE of the POTTER STORY

I did not read the Peter Rabbit books until I was grown up.
I think perhaps they were more 'middle-class' than we were; Alice in Wonderland was my first love, and then I found Dickens and the Swallows and Amazon books, and after that was reading all kinds of poetry and prose.
Even when I saw the dear little books, piled higgledy-piggledy in a village shop, for the first time, I knew nothing about the life of their author, Beatrix Potter. 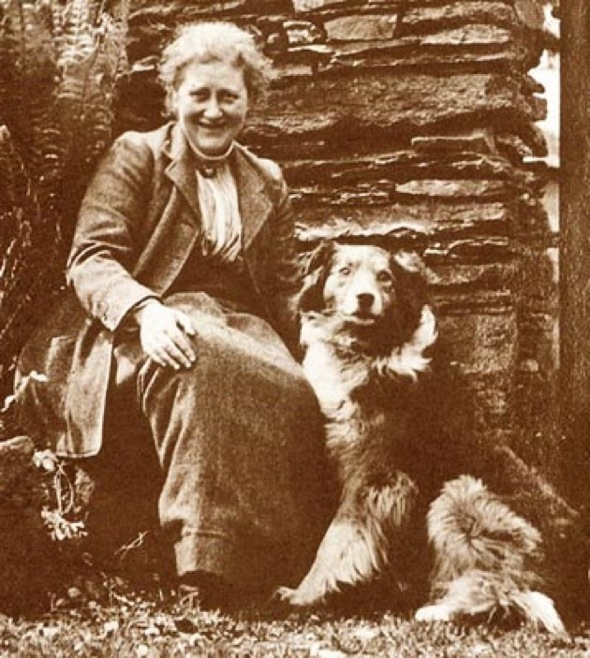 I began to learn of her interests and achievements when I visited the Lake District, and since then have grown to admire her greatly.
She was a talented artist and an enthusiastic conservationist; she loved the English countryside, and the traditional farming landscape in the Lake District as it remains today owes a great deal to her efforts on behalf of Cumbrian shepherds and smallholders. 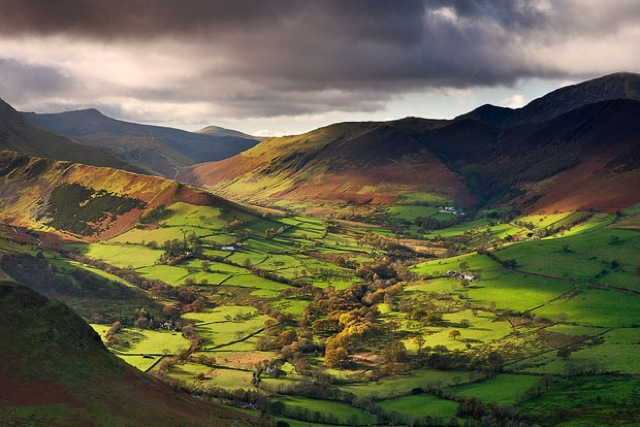 Beatrix Potter was born in England and lived there all her life.
She is known today for her wonderful children's illustrated books. 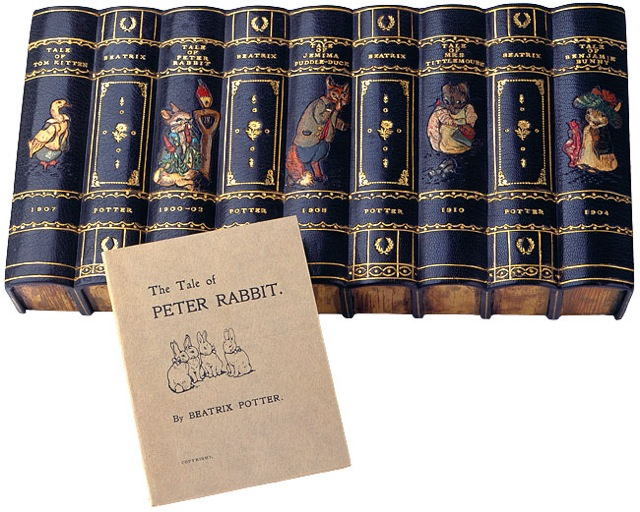 BUT THERE WAS MUCH MORE TO HER THAN THAT!

From childhood, Beatrix was an avid student of Nature.
She drew and painted all the animals she could find, and particularly loved painting mushrooms.
Here she is at 10 years old, when she was regularly sketching insects and plants in great detail. 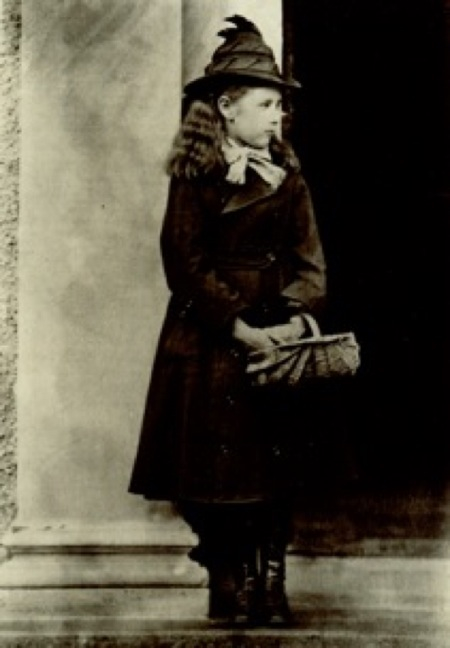 Beatrix filled many sketchbooks.
As a child, she drew and painted specimens from life, but usually in her room, where she brought creatures she and her brother had collected.
Peter Rabbit began as her own pet rabbit. 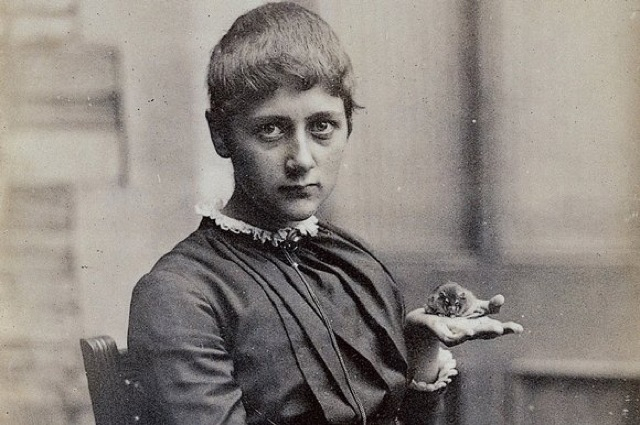 EARLY SIGNS OF ARTISTIC TALENT
At the age of eight Beatrix Potter was already studying and recording the characteristics of a wide variety of animals, birds and insects in a home-made sketchbook.
This habit of spending time observing the form and structure of living things continued throughout her childhood and into adolescence.
From the age of 16 she kept a well-illustrated diary. 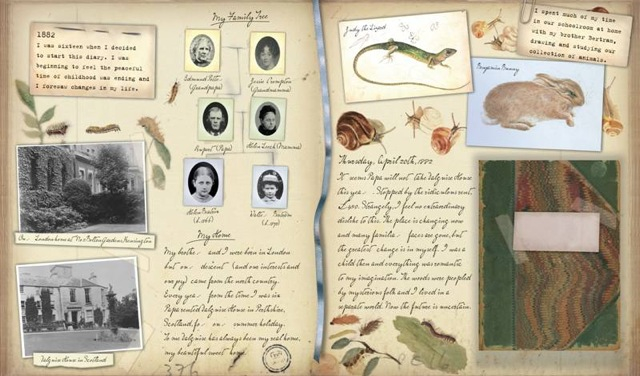 She was particularly drawn to the delicate and complex form of insects, becoming a keen amateur entomologist.
Potter made frequent visits to the Natural History Museum (less than a mile from her home in Bolton Gardens) to study and sketch the insect collection; at home, she learned to prepare slides of specimens to view with her brother's microscope. 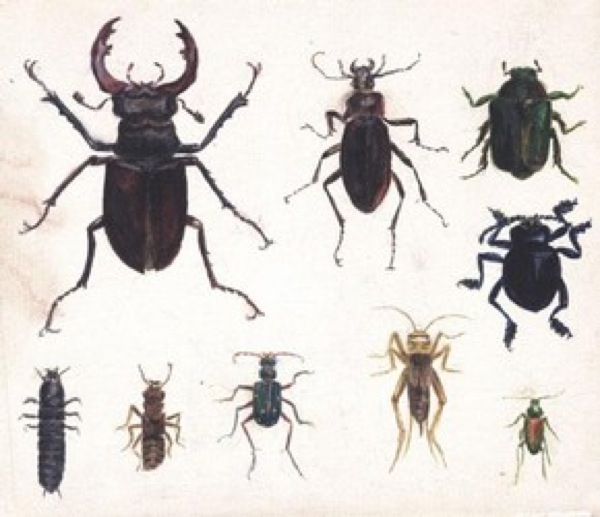 Here is a short excerpt from “The Tale of Beatrix Potter” by Margaret Lane.

Among others, there are some lovely little flower sketches by Beatrix Potter in the book, drawn when she was only 9 years old.

She was, obviously, very gifted. 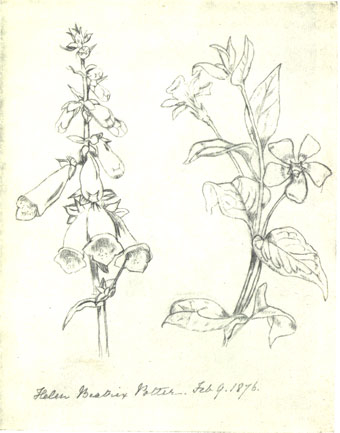 In the book there are many interesting anecdotes about the art work produced by the children in the Potter Household.

“Like most healthy children, Beatrix and her brother were not squeamish…
They decided to make a collection of all the plants, animals and insects they could find, and smuggled home innumerable beetles, toadstools, dead birds, hedgehogs, frogs, caterpillars and minnows and sloughed snakeskins. 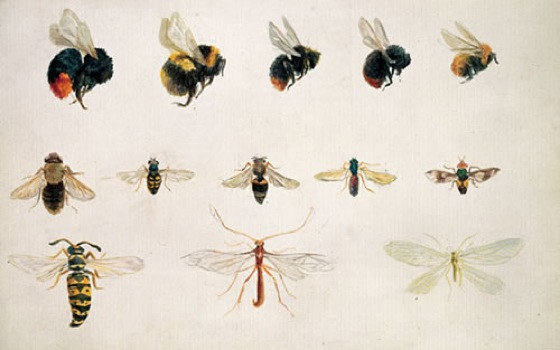 If the dead specimen was not past skinning, they skinned it; if it were, they busily boiled it and kept the bones.
They even on one occasion, having obtained a dead fox from heaven knows where, skinned and boiled it successfully in secret and articulated the skeleton.
And everything that they brought home, they drew and painted. 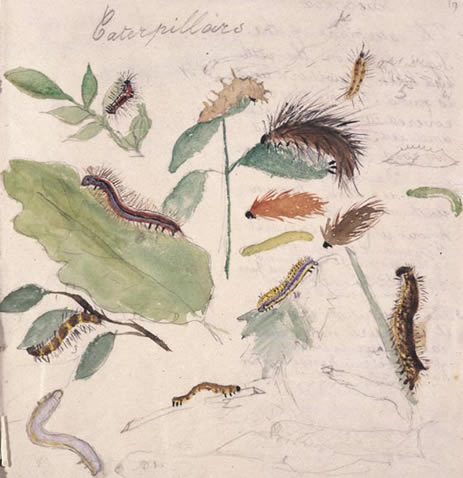 They sewed together little drawing books out of odd sheets of paper and filled them with drawings of birds eggs and, flowers and butterflies… rabbits, cows, sheep, caterpillars, cottages, a leaf or two, a sprig of wallflower, a view of a dairy.
Realistic enough for the most part… 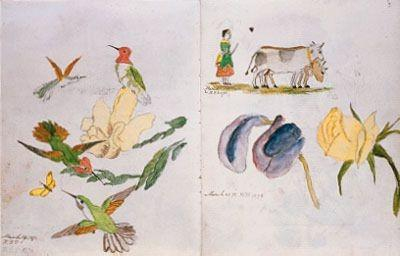 .....but here and there on the grubby pages fantasy breaks through – mufflers appear round the necks of newts, rabbits walk upright, skate on ice, carry umbrellas, walk about in bonnets and mantles like Mrs Potter’s.” – page 32-33. 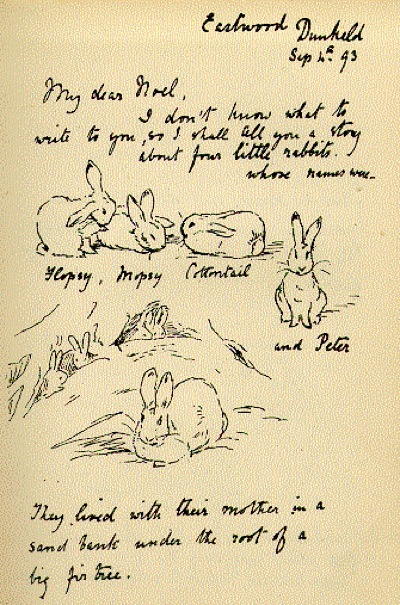 Beatrix Potter's first Peter Rabbit story was actually in a letter sent to the five year old son of her last governess while he was ill.
Her former governess recognized the story as a work of literary accomplishment and encouraged Potter to publish it, and that is how it all began.
But before we look at that particular aspect of Beatrix Potter's work, I want to write about a lesser-known side of her life which was cruelly denied fulfilment because of her sex.

SCIENTIFIC STUDY WAS FOR MEN ONLY

Women were excluded from many areas of power and public life in Victorian days; scientists, members of the Royal Academy,editors, surgeons, politicians, musicians, factory owners, mathematicians, philosophers, were by right and nature all MALE.

This was to prove an insuperable barrier for Beatrix.
She was allowed to become famous for her drawings of bunnies and mice and squirrels, but most people are still unaware of her serious scientific work, although her observations and theories are still recognised today....

Beatrix Potter’s parents did not discourage higher education, but this was not common in the Victorian era; women of her class were privately educated and rarely sent to college.
Beatrix Potter was interested in every branch of natural science except astronomy.
In common with many Victorians, she was fascinated by botany and nature study, but was eclectic in her tastes.
She collected and drew fossils, studied archeological artefacts from London excavations, and was interested in entomology. 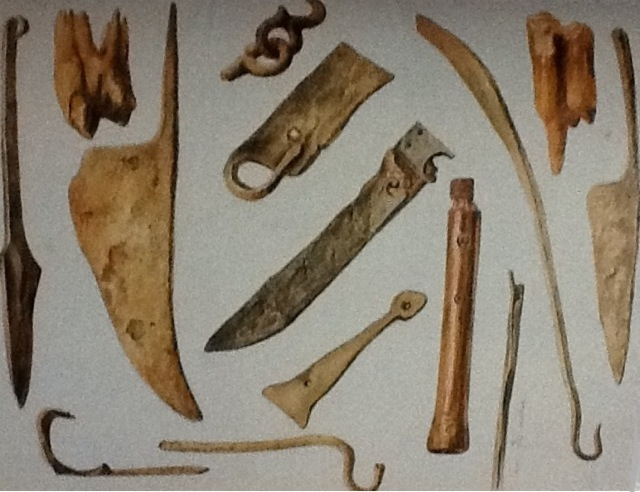 In all of these areas she drew and painted her specimens with increasing skill.
But by the 1890s her scientific interests centred on MYCOLOGY.
First drawn to fungi because of their colours and shapes and her delight in painting them, her interest deepened after meeting Charles McIntosh, a revered naturalist and mycologist during a summer holiday in Dunkeld in Perthshire in 1892.
She began to take her studies very seriously. 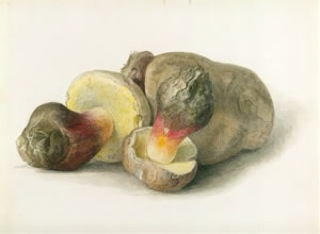 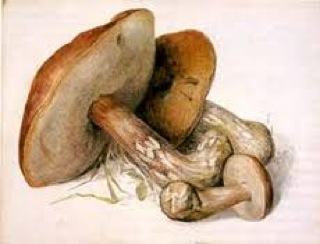 McIntosh helped improve the accuracy of her illustrations, taught her taxonomy, and supplied her with live specimens to paint during the winter.
Curious as to how fungi reproduced, Beatrix began microscopic drawings of fungi spores (the agarics) and in 1895 developed a theory of their germination.
Through the support of her scientific uncle, Sir Henry Enfield Roscoe, a chemist and vice chancellor of the University of London, she consulted with botanists at Kew Gardens, convincing George Massee of her ability to germinate spores and her theory of hybridisation.
She did not believe in the theory of symbiosis proposed by Simon Schwendener, the German mycologist as previously thought, rather she proposed a more independent process of reproduction. 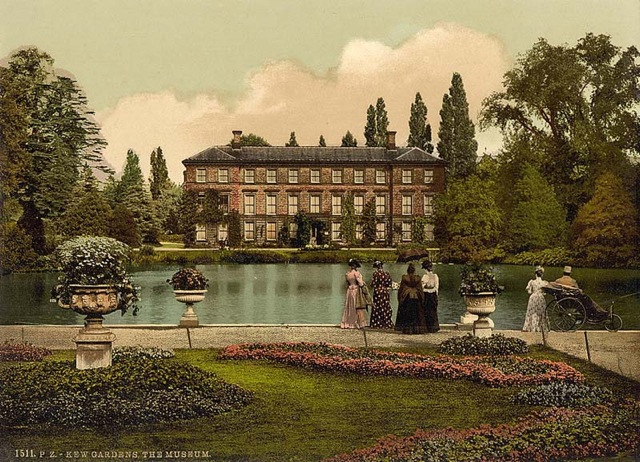 Unfortunately, William Thiselton-Dyer, the then Director at Kew, because she was both female and a mere amateur, was not able to take her ideas seriously.

Rebuffed and sidelined, Beatrix wrote up her conclusions and submitted a paper 'On the Germination of the Spores of the Agaricineae' to the Linnean Society in 1897.

It was introduced by Massee because, as a female, Potter could not read her paper or even attend the meetings!
She subsequently withdrew it, realising that some of her samples were contaminated, but continued her microscopic studies for several more years.
Her paper has only recently been rediscovered, along with the rich, artistic illustrations and drawings that accompanied it. 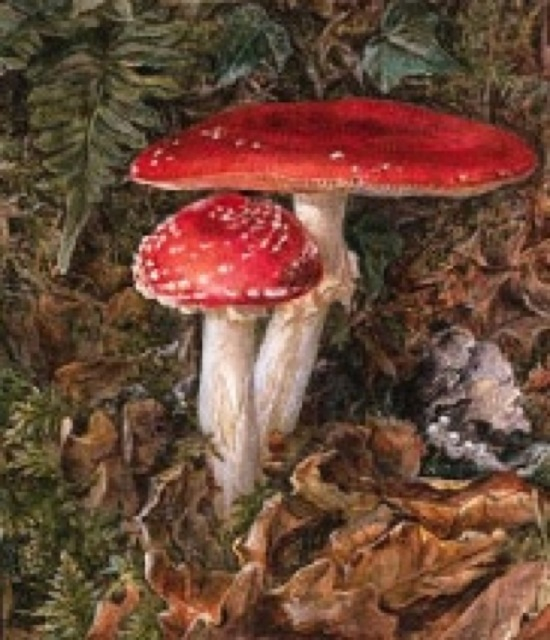 Her work is only now being properly evaluated.
Potter later gave her other mycological drawings and scientific drawings to the Armitt Museum and Library in Ambleside, where mycologists still refer to them to identify fungi.
There is also a collection of her fungi paintings at the Perth Museum and Art Gallery in Perth, Scotland donated by Charles McIntosh.

In 1967 the mycologist W.P.K. Findlay included many of Potter’s beautifully accurate fungi drawings in his Wayside & Woodland Fungi, thereby fulfilling her desire to one day have her fungi drawings published in a book. 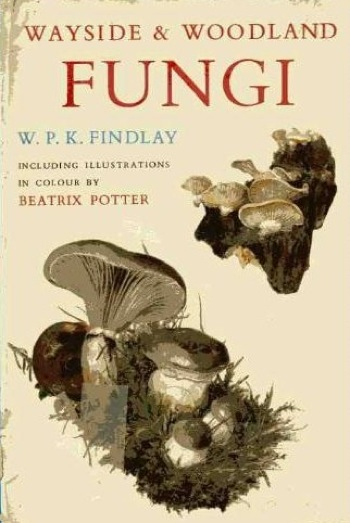 In 1997 the Linnean Society issued a posthumous apology to Potter for the sexism displayed in its handling of her research.
How sad, that Beatrix worked, drew and studied for so long, but was denied any credit simply because she was female! 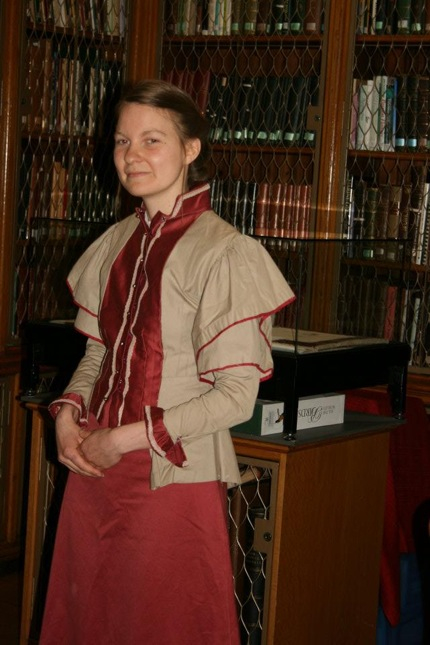 A celebration to mark the career of Beatrix Potter as a mycologist and scientific artist was staged at the Linnean Society in London on 18 April 2012.
Cumbria PR organised the event to highlight the centenary of Ambleside's Armitt Library and Museum where much of her work is held. 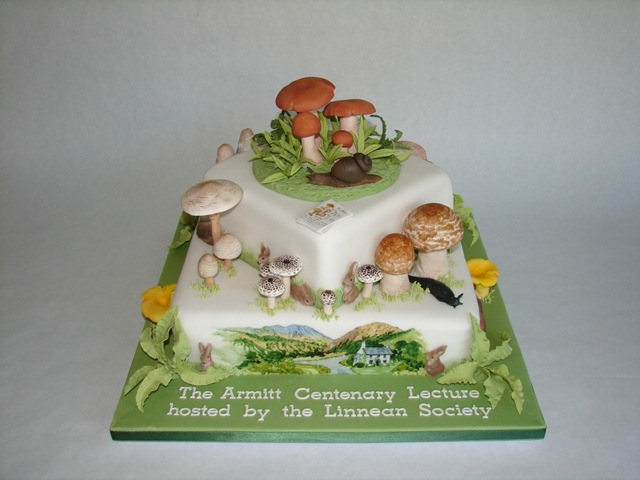 This cake was created for the Linnean Society of London for the event 'Beatrix Potter: The Mycologist'.
The event was organised to celebrate the centenary of the Armitt Museum and to highlight the work of Beatrix Potter as a scientist, particularly in the field of Mycology. 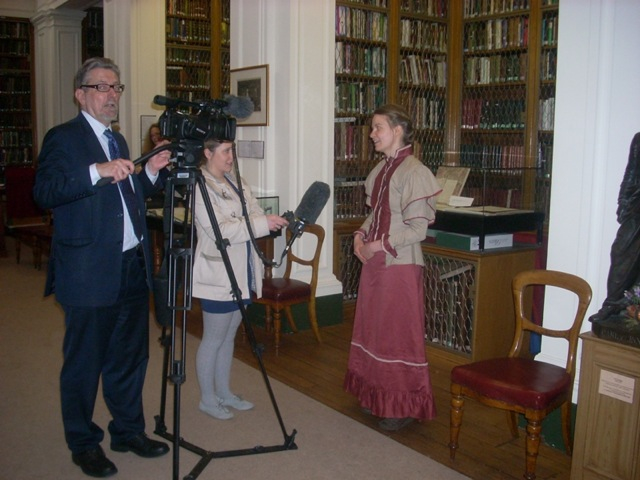 Mycologist Ali Murfitt re-presented the scientific paper which Beatrix, as a female amateur, was not allowed to deliver herself.
The event attracted scientists and Beatrix Potter fans from across Britain.
Media coverage included a ten minute slot on Woman's Hour with Jenni Murray, items in the Guardian, the Independent (bestselling author) and an ITV news film.

Beatrix was financially self-supporting at a time when women of her class were not really supposed to take care of themselves.
Such behaviour was frowned upon as not quite proper.
She was a scientist, but in her time was not appreciated as such. 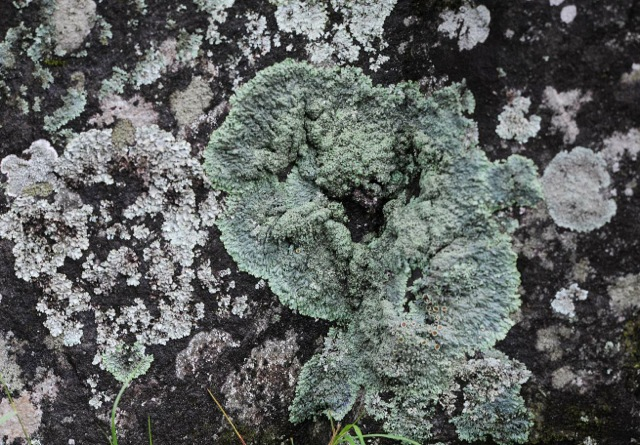 She made discoveries about lichens that are accepted and appreciated today, but it was not her scientific work which gave her independence.
She was an extremely talented watercolour painter, and ladies were allowed to paint without losing respectability.
It was Peter Rabbit and his friends who gave her freedom. 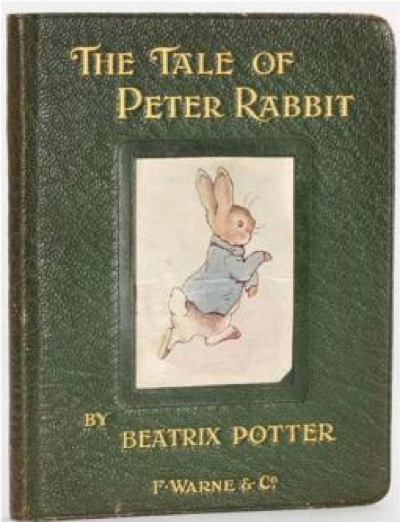 With money earned from her books she eventually bought land and became a hugely respected farmer in England's Lake District.
As a conservationist she had a massive influence, helping to preserve traditional farming methods and establishing the Herdwick breed of sheep.
She warned of the problems of afforestation, preserved the intake grazing lands, and successfully husbanded the quarries and timber on these farms.
All her farms were stocked with Herdwick sheep and frequently with Galloway cattle. 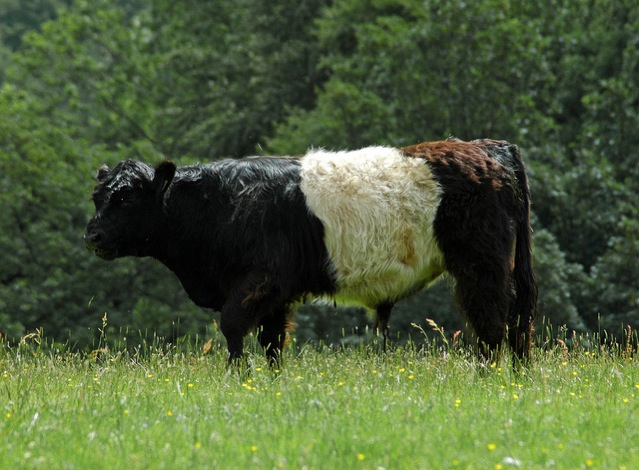 In her will she left nearly all her property to the National Trust, including over 4,000 acres (16 km2) of land, sixteen farms, cottages and herds of cattle and Herdwick sheep, at that time the largest gift ever to the National Trust; it enabled the preservation of the lands now included in the Lake District National Park and the continuation of fell farming. 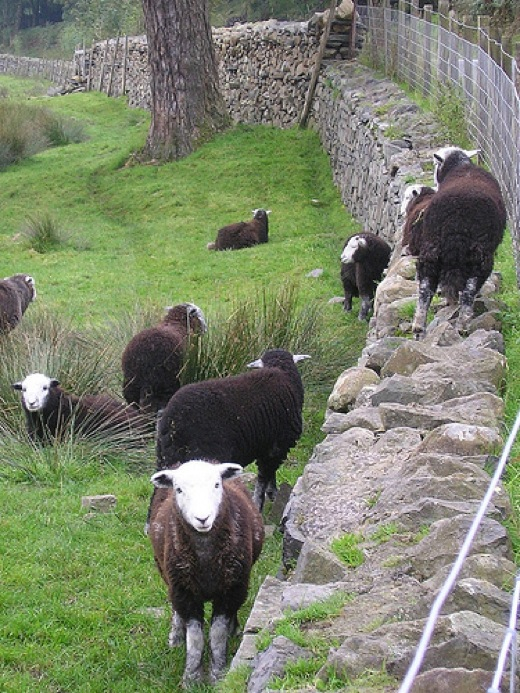 What an amazing woman! And we havent even looked at her influence in the publishing world!
That will have to wait for Part Two.... 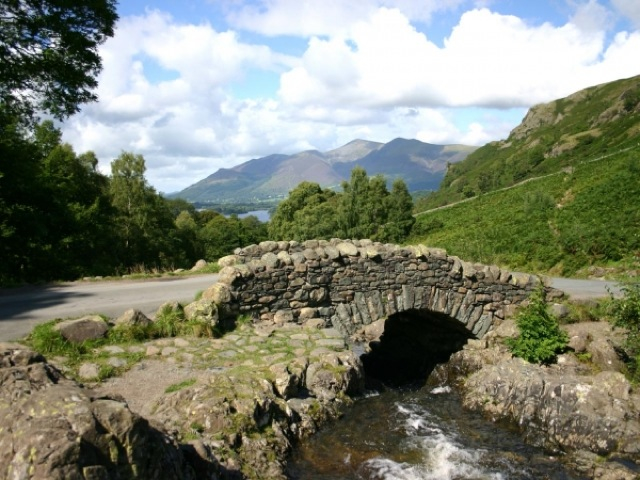