Enquire Within upon Everything

I have a neat little 1886 edition of "ENQUIRE WITHIN UPON EVERYTHING," an extremely popular Victorian reference book first published by Houlston and Sons in 1856.

My volume is from the Seventy-third Revised Edition, which according to the frontispiece had already reached the nine hundred and seventy-second thousandth sale.... 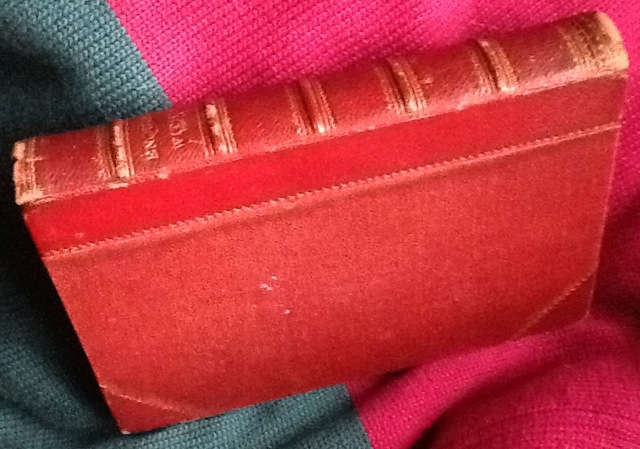 The book was published in a period when there was a growing interest in self-education, and for the first time ordinary working people had access to information which could improve their lives and prospects.
Books were their key to a better life.... 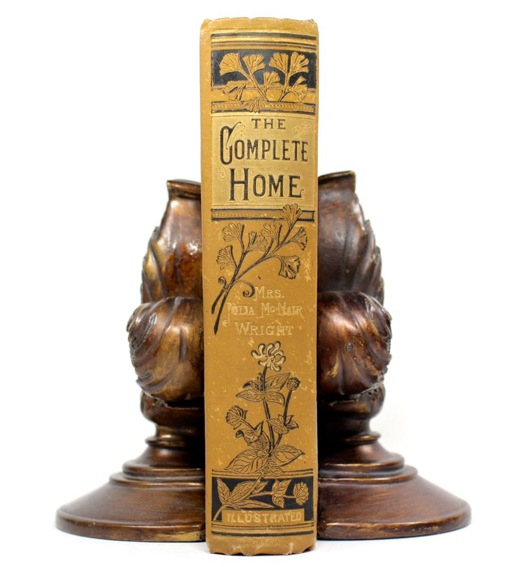 The advice-packed pages contain much unwitting evidence about social conditions, child care, medical practices and class structure in Victorian England. Here are a few interesting excerpts from the book.
I have chosen from a wide assortment of subjects.....
There is a great deal of advice which may seem irrelevant to our modern way of life, but for me the book brings us closer to the past.

CAUTIONS FOR THE PREVENTION OF ACCIDENTS

Never meddle with gunpowder by candle-light. 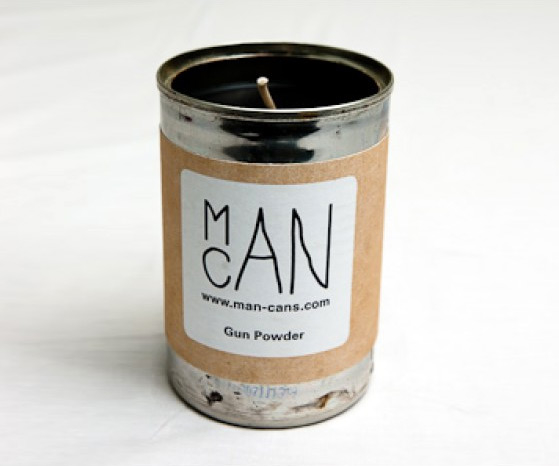 Quit your house with care on a frosty morning.

Have your horses' shoes roughed directly there are indications of frost.

In walking the streets keep out of the line of the cellars, and never look one way and walk another. 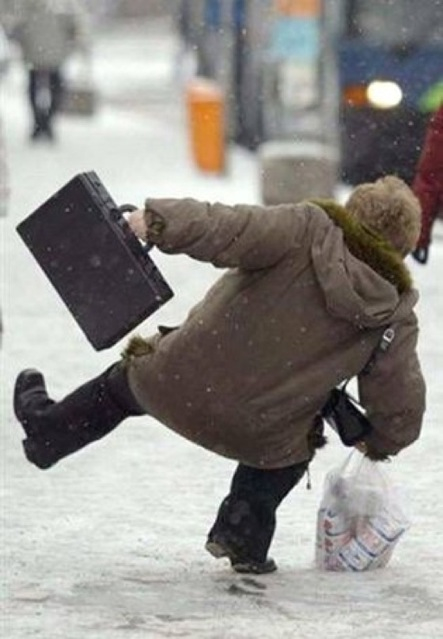 Never sleep near charcoal; if drowsy at any work where charcoal fires are used, take the fresh air.

Stand not near a tree, or any leaden spout, iron gate, or palisade, in time of lightning.

When benumbed with cold beware of sleeping out of doors; rub yourself, if you have it in your power, with snow, and do not hastily approach the fire.

As most sudden deaths come by water, particular caution is therefore needed in its vicinity.

THESE REGULATIONS SHOULD BE ENGRAVED ON THE MEMORIES OF ALL.

[During the Victorian era leeches were somewhat more popular for their general use in medicine; blood-letting was prescribed for almost any ailment, ranging from headaches to hemorrhoids, from nervous fatigue to nymphomania – though sadly, they often succeeded in weakening the health of the patient yet more.
Sir William Harvey wrote that '...daily experience satisfies us that bloodletting has a most salutary effect in many diseases, and is indeed the foremost among all general remedial means...'

Leeches were used in the home, and in fact the employment of leeches became so common that their use very often out-stripped supply.] 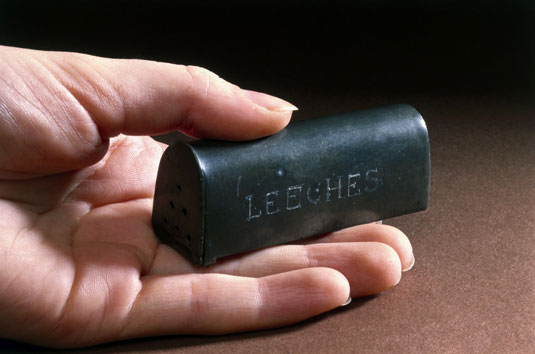 The animals were found in fresh water, mostly by women who paddled in rivers, allowing leeches to adhere to their feet before plucking them off to store in small cages or boxes, then sold on to doctors or pharmacists who kept them in jars - often very beautifully made. 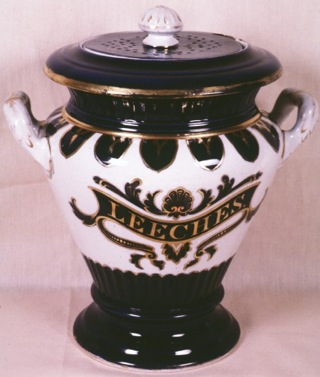 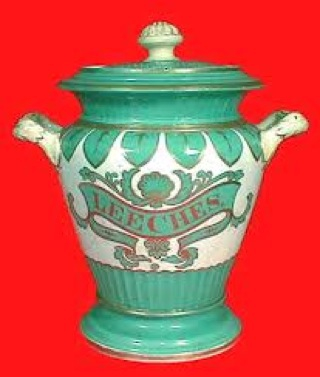 These instructions were for an added practical use of leeches in the well-managed home. 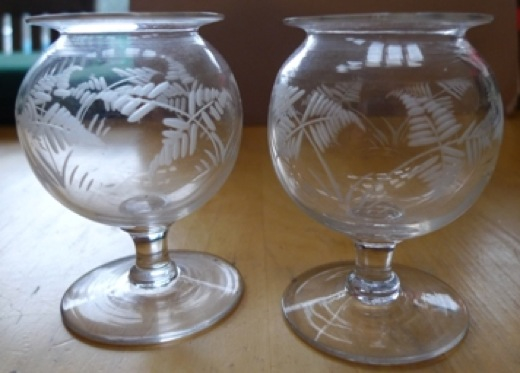 Take an eight-ounce phial, and put in it three gills of water, and place in it a healthy leech, changing the water in summer once a week, and in winter once in a fortnight, and it will most accurately prognosticate the weather.
If the weather is to be fine, the leech lies motionless at the bottom of the glass, and coiled together in a spiral form; if rain may be expected, it will creep up to the top of its lodgings and remain there till the weather is settled; if we are to have wind, it will move through its habitation with amazing swiftness; and in snow as in rainy weather it pitches its dwelling in the very mouth of the phial.
The top should be covered over with a piece of muslin.


Here's an odd suggestion......
"Made in a moment, costing nothing, and admirable for railway and other travellers." 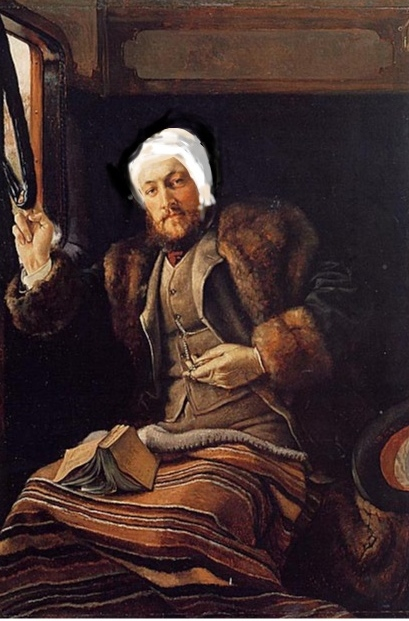 Take your pocket handkerchief and laying it out the full square, double down ONE THIRD over the other part.
Then raise the whole and turn it over, so that the third folded down shall now be underneath.
Then take hold of one of the folded corners, and draw its points towards the centre; then do the same with the other, as in making a boat, or a cocked hat, of paper.
Then take hold of the two remaining corners, and twisting the hem of the handkerchief, continue to roll it until it meets the doubled corners brought to the centre, and catches them up a little.
Lift the whole and you will see the form of a cap, which, when applied to the head, will cover the head and ears, and, being tied under the chin,will not come off.

Very little practice will enable you to regulate the size of the folds, so as to suit the head. 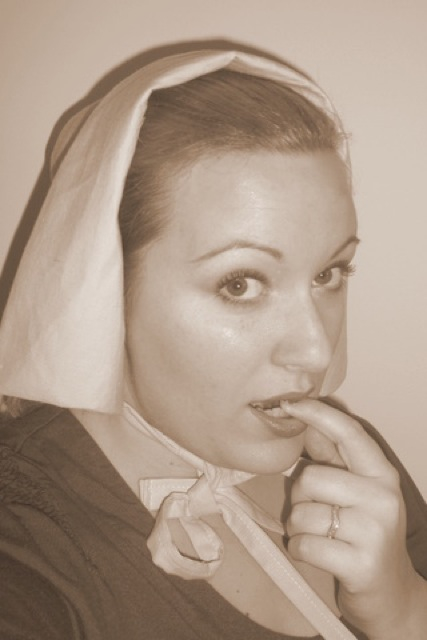 It is asserted, and we believe with some truth, that singing is a corrective of the common tendency to pulmonic complaints.
Dr. Rush, an eminent physician, observes on this subject:- "The Germans are seldom afflicted with consumption, and this, I believe, is in part occasioned by the strength which their lungs acquire by exercising them in vocal music, for this constitutes an essential branch of their education." 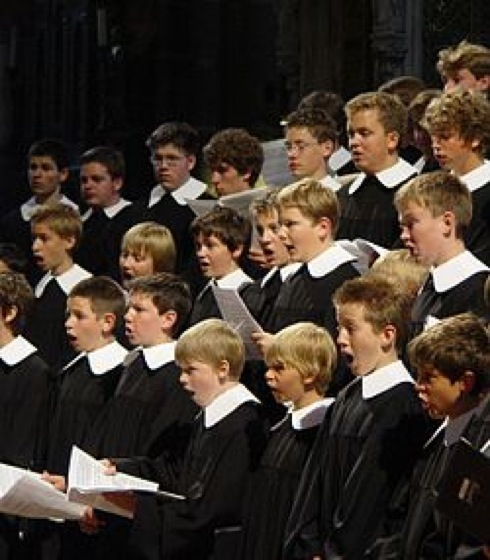 The music master of an academy has furnished me with a remark still more in favour of this opinion.

He informed me that he had known several instances of persons who were strongly disposed to consumption, who were restored to health by the exercise of their lungs in singing.

USEFUL NUGGETS OF INFORMATION
Feather-beds should be banned from nursertes, as they are an unnatural and debilitating contrivance. 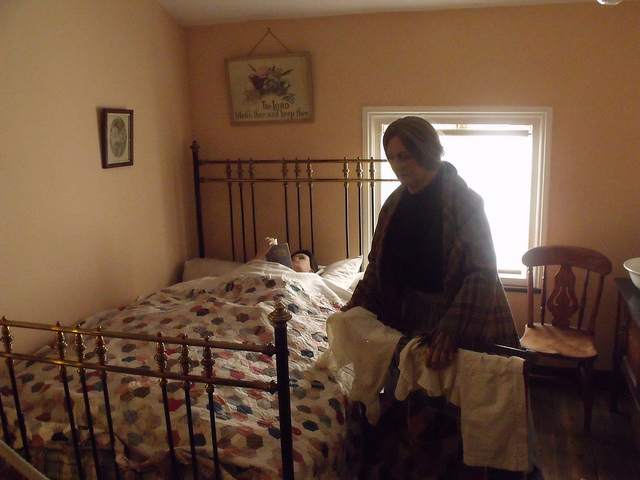 For a child's luncheon: - good sweet butter, with stale bread, is one of the most nutritious, at the same time the most wholesome, articles of food that can be given children after they are weaned.

In cold weather, a leg of mutton improves by being hung three, four or five weeks.