An epitaph is a short text honouring a deceased person, strictly speaking one that is inscribed on their tombstone or plaque, but also used figuratively.
Some are specified by the dead person beforehand, others chosen by those responsible for the burial.

An epitaph may be in verse; poets have been known to compose their own epitaphs prior to their death, as William Shakespeare did. 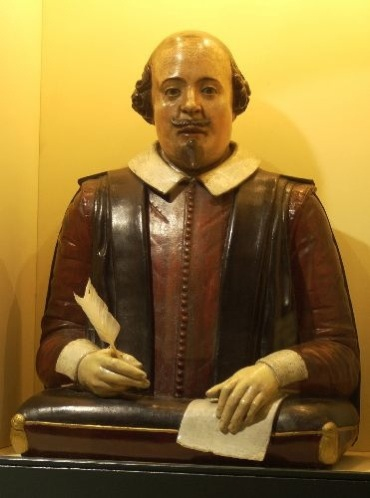 [Bust in Holy Trinity Church, Stratford-upon-Avon
This is believed to be a good likeness, as it was more contemporary than many.] 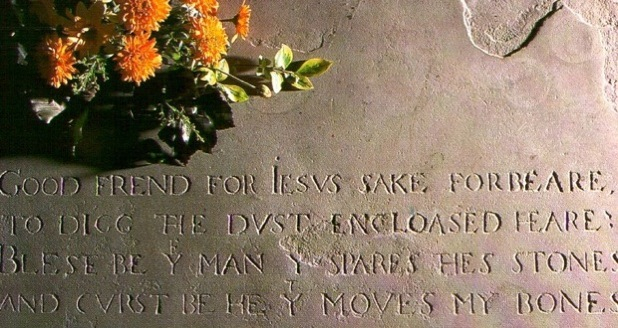 [In modern English:]
Good friend for Jesus sake forbear,
To dig the dust enclosed here.
Blessed be the man that spares these stones,
And cursed be he that moves my bones. 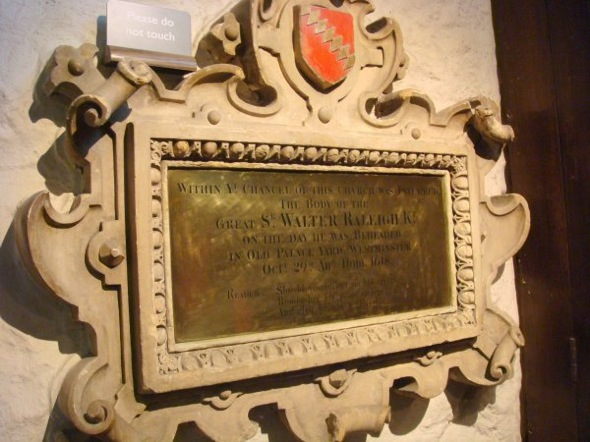 Within the chancel of this church was interred the body of the Great Sir Walter Raleigh Knight
On the day he was beheaded In Old Palace Yard, Westminster
Oct 29th, Anno Dom. 1618

[Written in his cell the night before his execution:]
Even such is time, that takes in trust
Our youth, our joys, and all we have,
And pays us but with age and dust:
Who in the dark and silent grave
When we have wandered all our ways
Shuts up the story of our days.
And from which earth and grave and dust
The Lord shall raise me up, I trust.

Most epitaphs are brief records of the family, and perhaps the career, of the deceased, often with an expression of love or respect - but others are more ambitious.
From the Renaissance to the 19th century in Western culture, epitaphs for notable people became increasingly lengthy and pompous descriptions of their family origins, career, virtues and immediate family, often in Latin.
However, the Laudatio Turiae, the longest known Ancient Roman epitaph, exceeds almost all of these at 180 lines; it celebrates the virtues of a wife, probably of a consul.

Some are quotes from holy texts, or aphorisms.
One approach of many epitaphs is to 'speak' to the reader and warn him about his own mortality.

Consider, friend, as you pass by:
As you are now, so once was I.
As I am now, you too shall be.
Prepare, therefore, to follow me. — Scottish tombstone epitaph 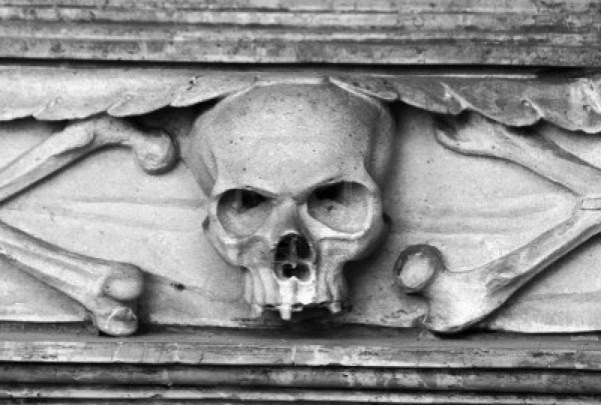 A wry trick of others is to request the reader to get off their resting place, inasmuch as the reader would have to be standing on the ground above the coffin to read the inscription.

Two of my favourite epitaphs, both of them well-known,are:
Sir Christopher Wren (1632-1723)
A simple, but powerful message in St. Paul's Cathedral
Si monumentum requiris circumspice [If you are in search of a monument, look around you!] 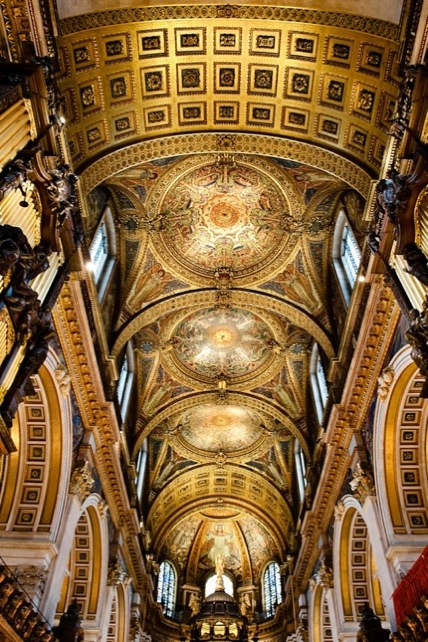 The body of B. Franklin, Printer,
Like the cover of an old book
its contents torn out, and stripped of its lettering and gilding,
lies here, food for worms. 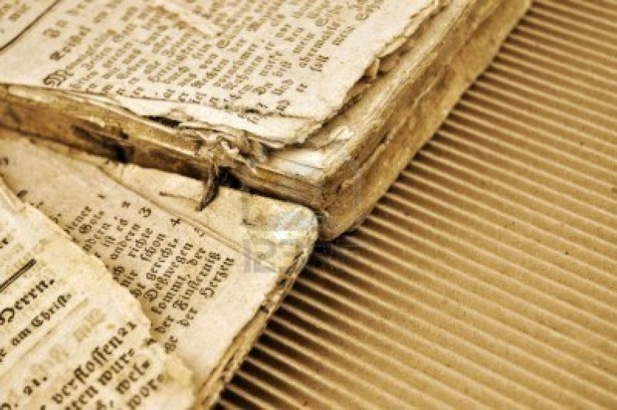 But the work shall not be wholly lost,
for it will, as he believed, appear once more,
in a new and more perfect edition,
corrected and amended by the Author. 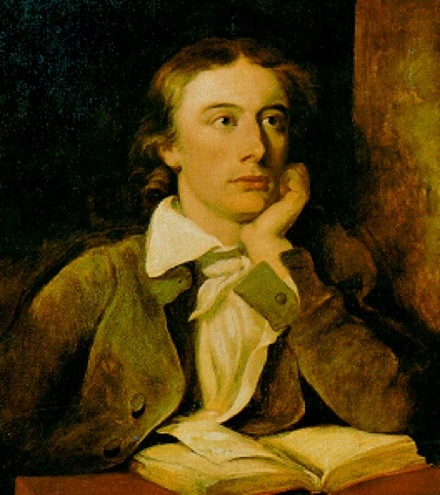 John Keats died in Rome on 23 February 1821 and was buried in the Protestant Cemetery, Rome.
His last request was to be placed under a tombstone bearing no name or date, only the words, "Here lies One whose Name was writ in Water."

Severn and Brown erected the stone, which under a relief of a lyre with broken strings, includes the epitaph:

This Grave contains all that was
Mortal of a YOUNG ENGLISH POET
Who on his Death Bed,
In the Bitterness of his Heart at the Malicious Power of his enemies,
desired these Words to be engraved on his Tomb Stone:

"Here lies One Whose name was writ in Water."

"Nothing of him that doth fade
But doth suffer a sea-change
Into something rich and strange."
[quotation from Shakespeare's The Tempest]

Here is a varied assortment of epitaphs.
The tombstone would seem to offer a last chance to let out some painful feelings.


I am ready to meet my Maker.
Whether my Maker is prepared for the great ordeal of meeting me is another matter. — Winston Churchill

To save your world you asked this man to die:
Would this man, could he see you now, ask why?
— Epitaph for the Unknown Soldier, written by W. H. Auden 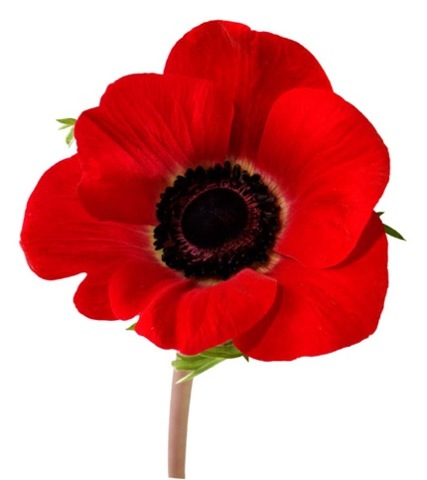 Against you I will fling myself, unvanquished and unyielding, O Death!
— Virginia Woolf

I told you I was ill.
— Spike Milligan

Wir müssen wissen.
Wir werden wissen.
In English: We must know. We will know
. — David Hilbert
And now you do know... 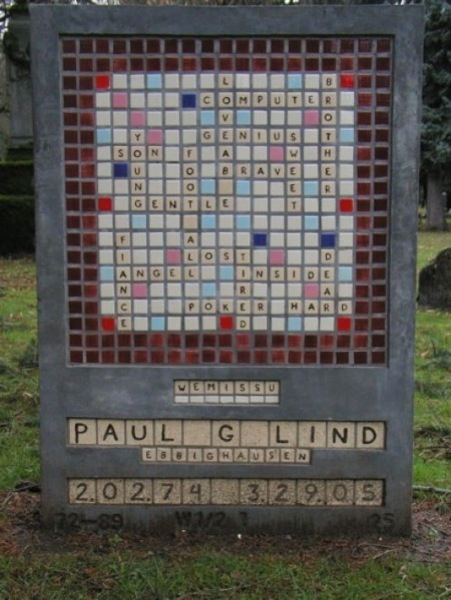 This is the only Scrabble tombstone I have ever seen! Interesting...

If anyone at my funeral has a long face,
I'll never speak to him again.
— Stan Laurel 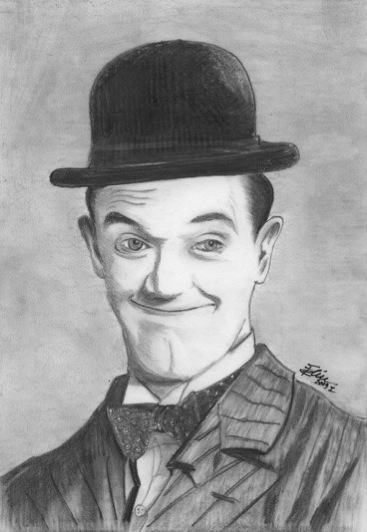 I was somebody.
Who, is no business
Of yours.
[Someone determined to be anonymous in Stowe, Vermont ]

Here lies an honest man.
And that is Strange.

Here lies
Johnny Yeast
Pardon me For not rising
[In Ruidoso, New Mexico]

Reader, if cash thou art
In want of any
Dig 4 feet deep
And thou wilt find a Penny.
[John Penny's epitaph in the cemetery in Wimborne, England ]


I particularly like the sound of this old lady! 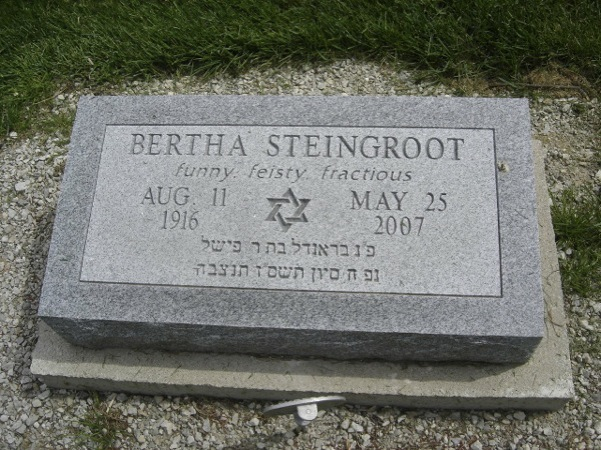 Here lies an Atheist
All dressed up
And no place to go.
[In a Thurmont, Maryland, cemetery]

"The best is yet to come."
Frank Sinatra

And alien tears will fill for him
Pity's long broken urn,
For his mourners will be outcast men,
And outcasts always mourn.

Many people visit Oscar's grave.
The surface of this Art Nouveau piece is covered in kisses and tags of verse. 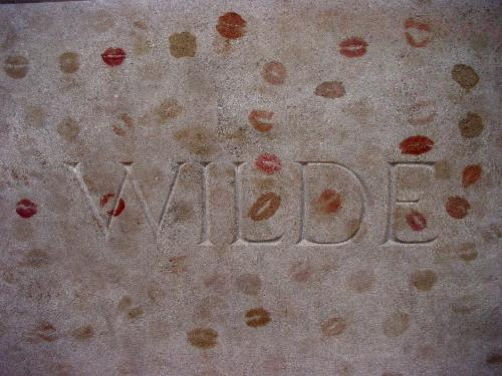 "She did it the hard way"
Bette Davis

"Call Me Trimtab"
(A trimtab is the smallest part of a rudder for a ship or airplane, and controlls the direction of the craft.
He was probably alluding to how much power one individual can have in the world.)
R. Buckminster Fuller 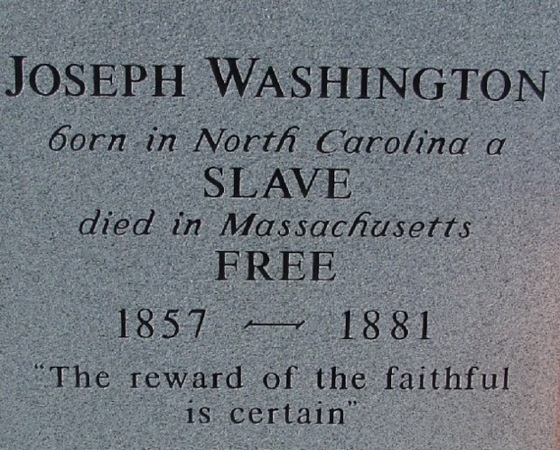 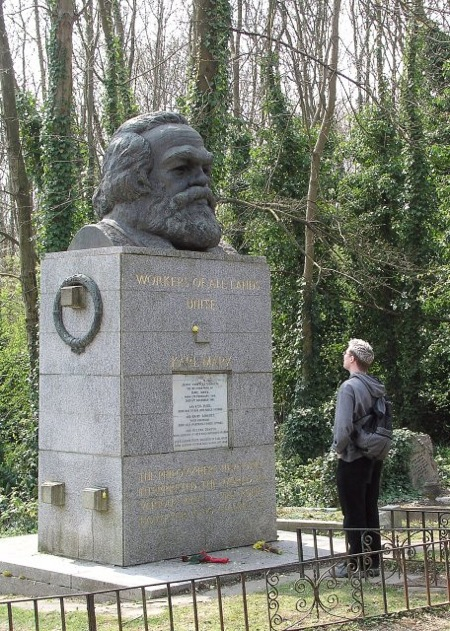 In Highgate cemetery, this is a well-attended grave.
Often a small group of serious followers will be standing, looking up at the powerful bearded face.

"Workers of all lands unite.
The philosophers have only interpreted the world in various ways; the point is to change it."
Karl Marx


Here is a really sad one. To lose five children in one year! 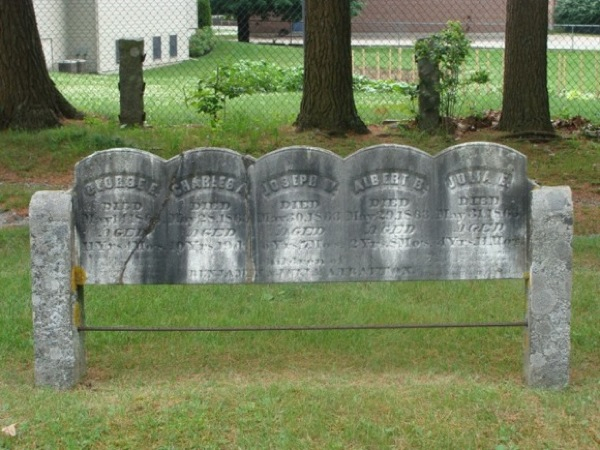 
Animals have often been remembered in truly touching epitaphs. 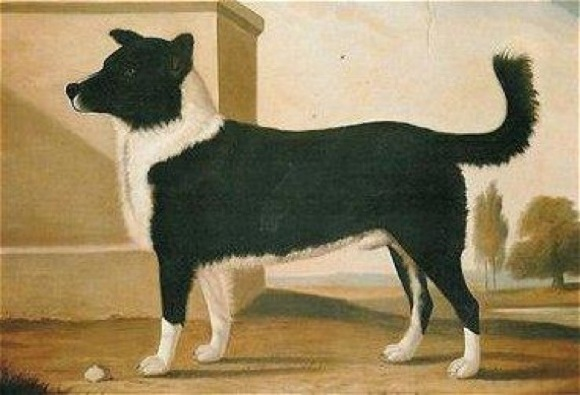 In quite a literary style, here is the final tribute to Lord Byron's dog, who died quite young.

Boatswain (1803-1808)
Near this spot are deposited the remains of one who possessed Beauty without Vanity,
Strength without Insolence,
Courage without Ferocity,
and all the Virtues of Man without his Vices.
This praise, which would be unmeaning Flattery, if inscribed over human Ashes,
is but a just Tribute to the memory of Boatswain,
a DOG who was born in Newfoundland, May 1803, and died at Newstead, Nov 18, 1808.

Here is an epitaph to a very plucky horse: 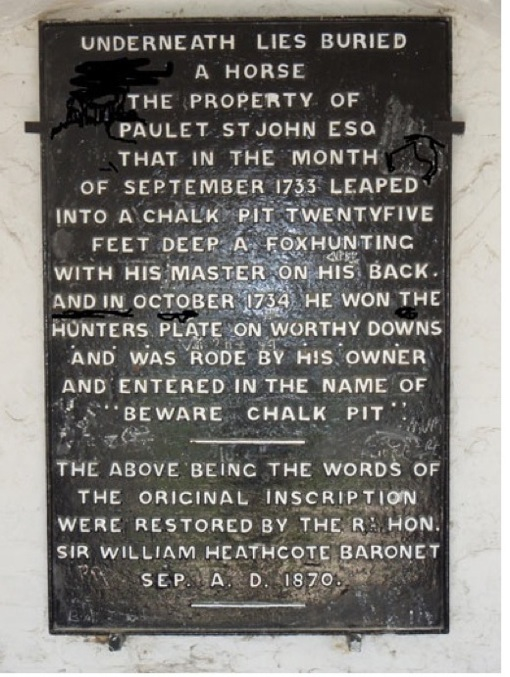 And finally, here is a sad living tribute from a dog to its dead owner..... 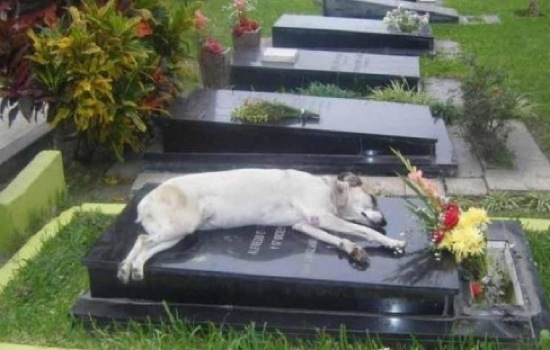