Whats on the Label?

THE INGREDIENTS OF BOYS 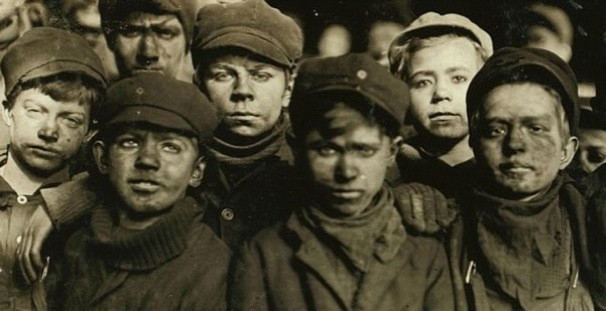 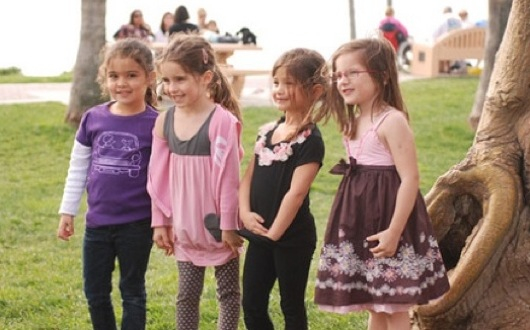 Perhaps it was my only way of "getting back" for the number of times I was expected to wash up, or do the shopping, while my brother was excused such chores "because he was a boy."
I enjoyed listing all the nasty ingredients which made BOYS!

From the day I learnt to read, I missed no opportunity of practising my new skill.
Although my father owned many books,I did not have any of my own, except the prizes I won every year at primary school which were stacked on a chair next to my bed.
But there was always something to read. 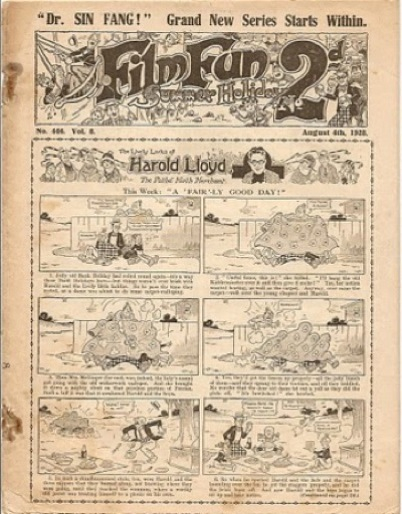 The Daily Telegraph came every day, and my brother and I had 'Film Fun' and 'Comic Cuts' every week, and there were always libraries. 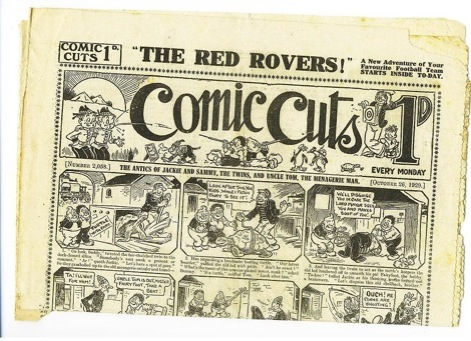 I would read aloud every morsel of information on the labels and tins which appeared on the tea-table.
One of my favourites was the Camp Coffee bottle.
Camp Coffee was the working-class equivalent of Nescafe.
It tasted like black treacle, and was mostly chicory.
The label was beautiful, exotic, or so I thought at a time when I was only allowed milky tea.

It showed a Highland soldier drinking coffee outside a tent.
He was being served by a turbanned Sikh soldier who carried a tray.

I was fascinated to discover that the label I so admired was changed a few years ago, after complaints that it carried a racist message!
This is the press report at the time.

RACIST COFFEE LABEL?
Camp coffee forced to change label by the PC brigade
The makers of Camp Coffee have changed the label on their famous jars - after complaints of racism.
The makers of the chicory-flavoured essence are now using an image of a Scottish soldier sitting side by side drinking coffee with a turbanned Sikh.
Earlier labels showed the Indian apparently SERVING the kilted soldier from a tray, which provoked a storm of protest from race equality groups who claimed at the time that the label delivered "an offensive and racist" message. 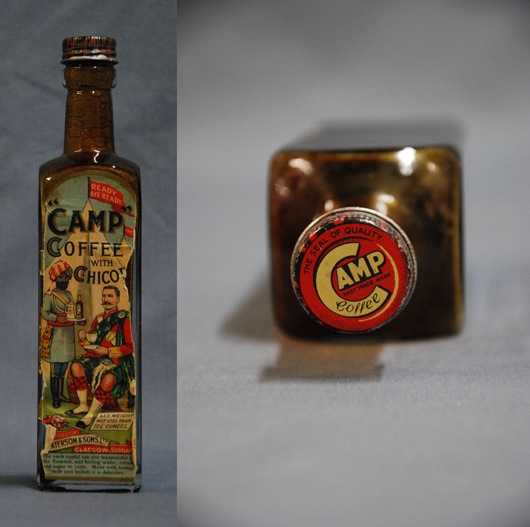 As an interim move the firm removed the tray from the servant's hand, but even that was not considered enough; now the label depicts the bearer and the Gordon Highlander officer sitting as equals - no longer promoting the master-servant Days of the Raj message.
The Central Scotland Racial Equality Council has welcomed the latest updating, claiming that it will help change the mentality of young people to see how different races now relate.
Mukami McCrum, director of the council added: "It is an encouraging and progressive move. 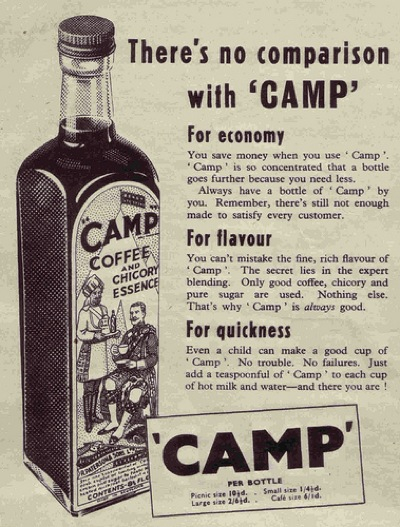 Times have changed and it is heartening to see that a new message is being sent out."
At one time Asian shopkeepers even threatened to stop putting the brand on their shelves because of the label! This is a two and a half feet high tin HP sauce bottle from about 1910.
The original recipe for HP Sauce was invented and developed by Frederick Gibson Garton, a grocer from Nottingham.
He registered the name H.P. Sauce in 1895,HP standing for the Houses of Parliament, which were illustrated on the label.
Garton called the sauce HP because he had heard that a restaurant in the Houses of Parliament had begun serving it.

For many years the bottle labels have carried a picture of the Houses of Parliament.
The bottle on our table in the 1930s was a very good read, with advice about the use of the sauce (some of it in French) and a long list of the ingredients.
The ingredients listed on the label in the 50s were:
water, vinegar, dates, glucose-fructose, black strap molasses, tomato paste, modified cornstarch, salt, orange juice concentrate, onion, spices, tamarind extract, apple juice concentrate, garlic, chilli peppers, and mustard flour.
[The actual recipe is, obviously, secret!] 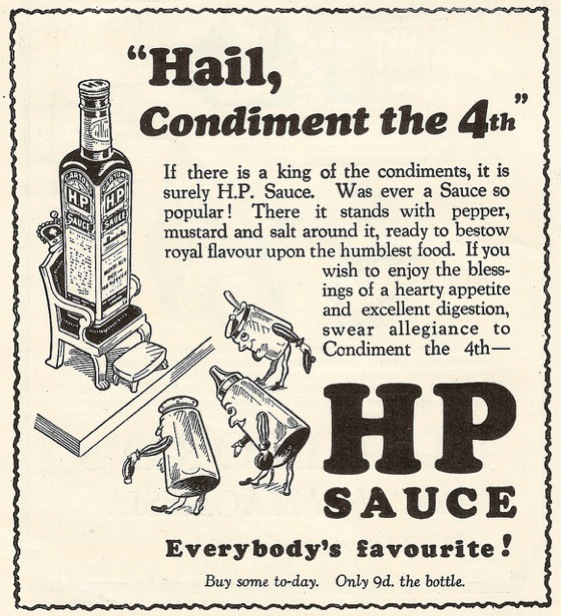 This is the 1934 advertisement.

GUESS WHAT THESE FOODSTUFFS ARE

Talking of ingredients:
WHAT ARE THE INGREDIENTS OF A HUMAN BEING?

Many years ago Professor C. E. M. Joad, a very cynical and materialistic intellectual, speaking on the Radio in a programme called The Brains Trust, declared that man was nothing but:


Fat enough for seven bars of soap; Iron enough for one medium-sized nail; 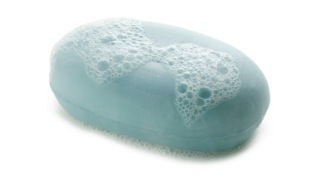 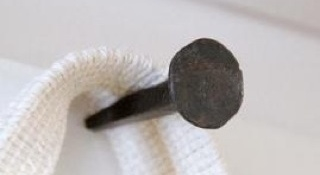 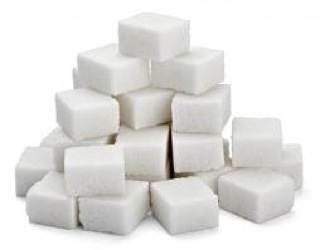 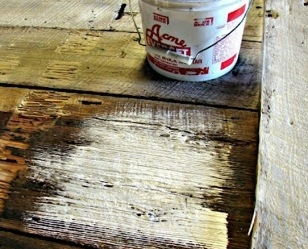 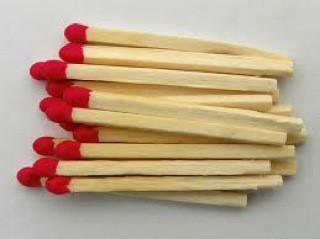 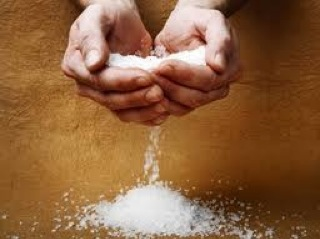 Potash enough to explode one toy crane; Sulphur enough to rid one dog of fleas. 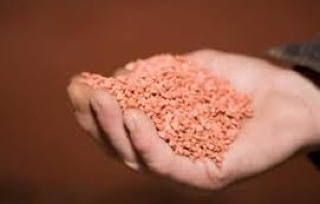 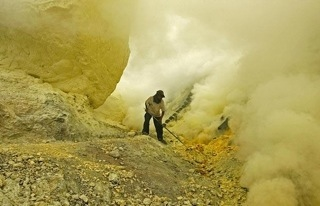 His list was obviously not complete: he could have added:
Enough chlorine to disinfect 5 swimming pools ,85 pounds of oxygen 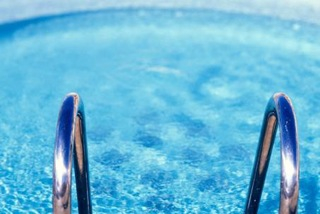 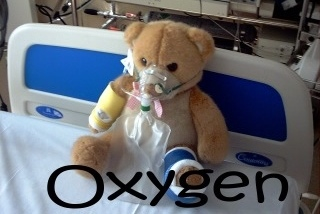 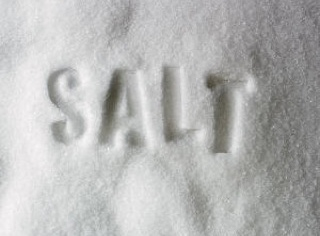 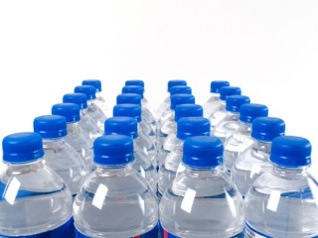 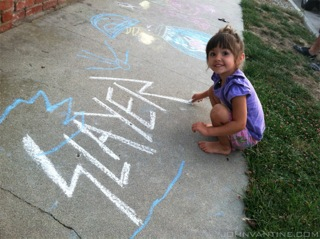 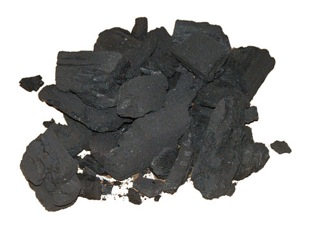 No doubt there are many more ingredients that make up a human body.
He reminded me of the words we used to chant at the boys in the playground.....

Im not sure how complete his list was, but it made me think.....

You can define a sponge cake, or Camp Coffee, or HP sauce, by their ingredients, but not a human being.

A human being has one immeasurable, incomprehensible, priceless ingredient which cannot be found on the Periodic Table.

We are more than the materials which make up our body.
So much more! 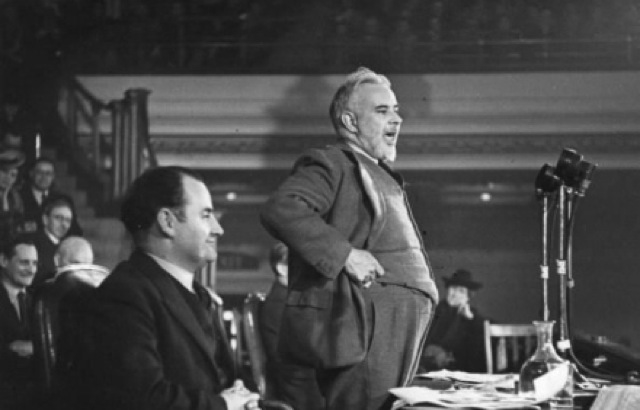 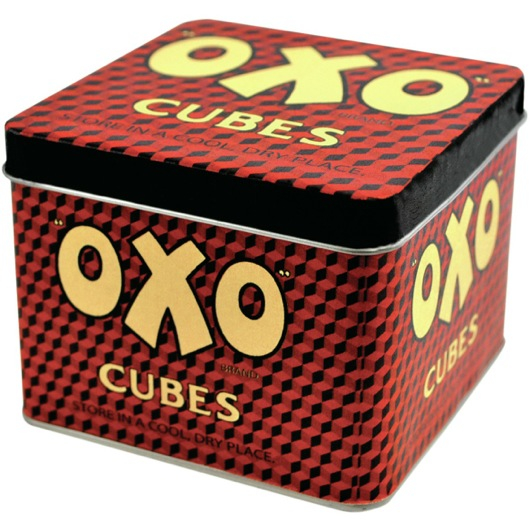