Whats in a Name? 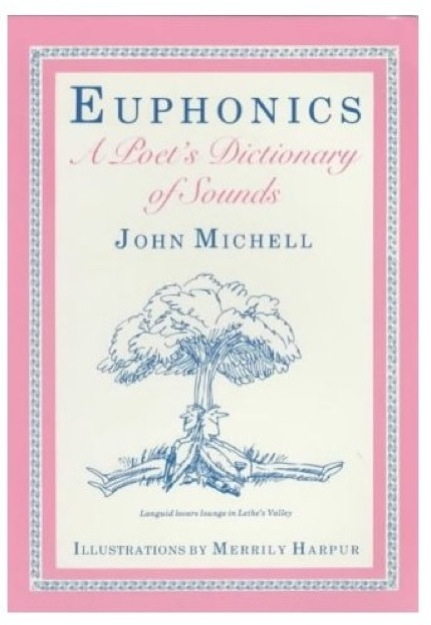 This is yet another book I found, some years ago, in a charity shop.
It is "A Poets Dictionary of Sounds," by John Michell.
It is about Euphonics, which concentrates upon the subliminal qualities of words, their pitch and ring and the feelings aroused by the sight and sound of them.
Take the word BUXOM.
The word suggests, to me at least, both by its shape and sound, a roundness; it has a matronly quality, it speaks of a big-breasted and big-bottomed lady (I would not use "buxom" to describe a man. Would you?)

Similarly, SPINDLY.
It conjures up a bony, angular figure with pointy toes at the end of long, thin, angular legs.

As for a TUB, it tells you its shape; it simply has to be a chunky, solid, plump shape.
There couldn't be a slim tub, it has to be as it sounds, TUBBY! 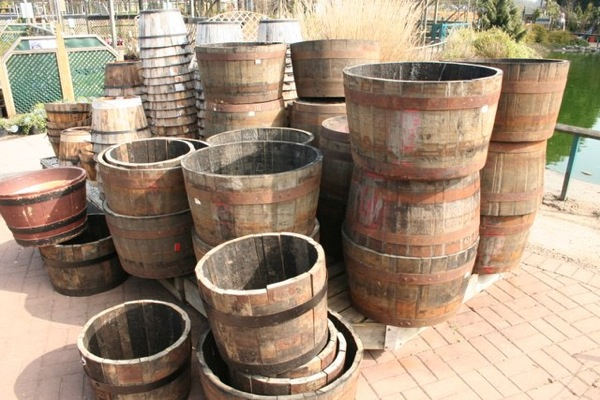 With careful use of words we can share with others a wide range of ideas, and in this article I want to concentrate upon words that communicate through sound rather than sight.
These are the onomatopaeic words.

ONOMATOPOEIA is defined as " The formation of names or words from sounds that resemble those associated with the object or action to be named, or that seem naturally associated with its qualities."
Here is a bundle of such words.
There are hundreds of them; you could list many more.

Onomatopoeias are not the same across all languages; they conform to some extent to the broader linguistic system they are part of; hence the sound of a clock may be tick tock in English, dī dā in Mandarin, or katchin katchin in Japanese. 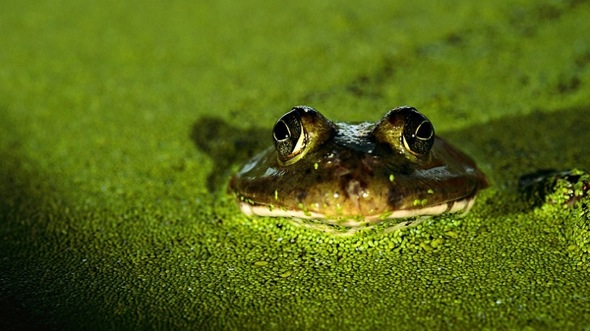 In the case of a frog croaking, the spelling may vary because different frog species around the world make different sounds: in Ancient Greek we find brekekekex koax koax ( in Aristophanes' comic play The Frogs) for probably marsh frogs; in English we have ribbit for species of frog found in North America; the English verb is "croak" for the common frog.

One of the first language lessons English mothers give their children is in the use of Onomatopoeia. 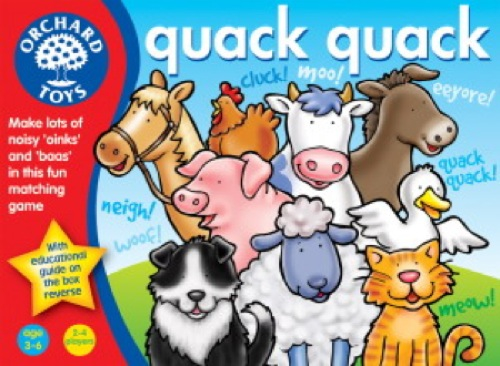 We sit the toddler on our lap with a picture-book and point to the animals and ask, "What does the sheep say?"
"What does the cow say?"
"What does the dog say?"
And we sing "Old Macdonald had a farm."
Very young children use the sound of an animal as its name; so we have a "woof-woof," a "moo-moo," or a "quack-quack;" even non-living things are given sound-names, for example a "choo-choo" or a "brum-brum." 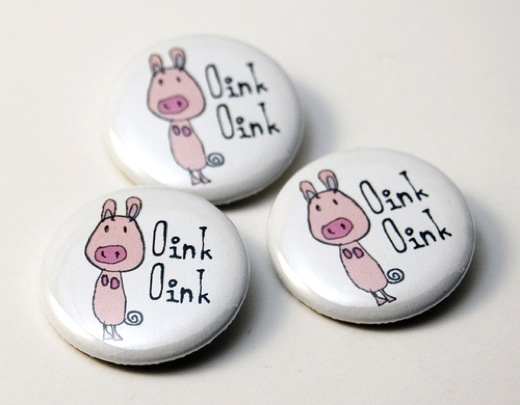 Some languages flexibly integrate onomatopoeic words into their adult structure.
This may evolve into a new word, up to the point that it is no longer recognized as onomatopoeia.
One interesting example is English verb "bleat" for the sheep noise: in medieval times it was pronounced approximately as "blairt," or "blet" with the vowel drawled, which was much more accurate in onomatopoeia than the modern pronunciation.

An example of the opposite case is "cuckoo", which, due to continuous familiarity with the bird noise down the centuries, has kept approximately the same pronunciation as in Anglo-Saxon times. 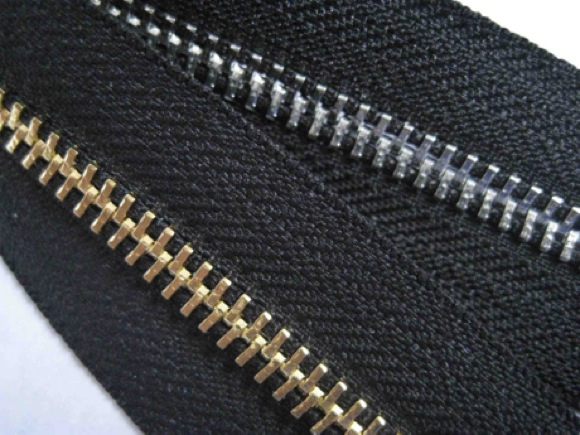 Sometimes things are even named from the sounds they make.
In English, for example, there is the universal fastener which is named for the onomatopoeic of the sound it makes: the zip, or zipper.

The marble game KerPlunk is an onomatopoeia for the sound of the marbles dropping when one too many sticks has been removed. 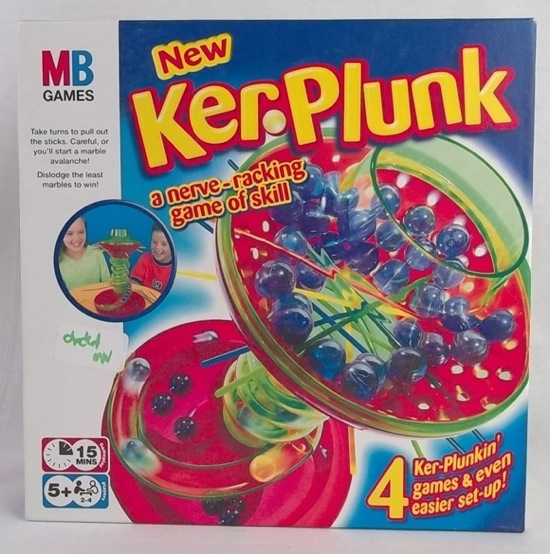 COMICS and ADVERTISING
Comic strips and comic books made extensive use of onomatopoeia.
Writer-artist Roy Crane (1901–1977), the creator of Captain Easy and Buz Sawyer, pioneered the use of onomatopoeic sound effects in comics, adding "bam," "pow" and "wham" to what had previously been an almost entirely visual vocabulary.
Crane had fun with this, tossing in an occasional "ker-splash" or "lickety-wop" along with what would become the more standard effects. 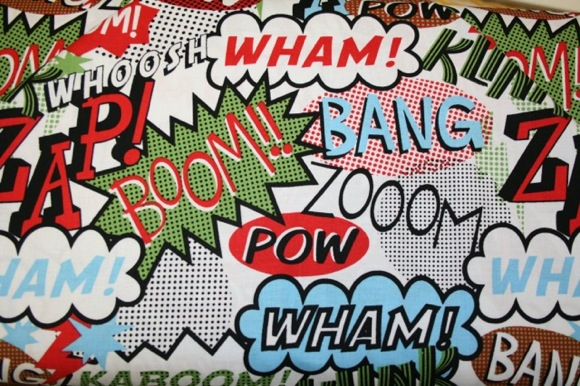 Words as well as images became vehicles for carrying along his fast-paced storylines.
We can all remember the old comics, with their explosions of POW! And KER-BOOM!
All the fights between super heroes and the "baddies" are garlanded with explosive clouds carrying sound-words. 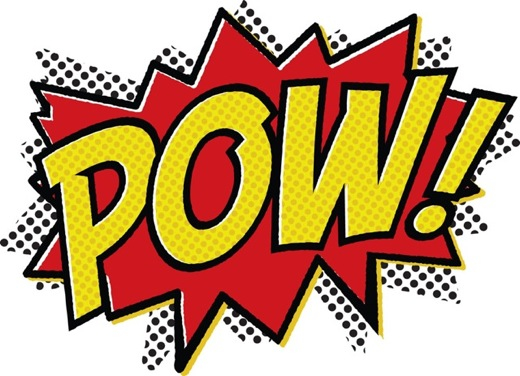 Marvel Comics has in fact trademarked two words of their own invention: thwip!, the sound of Spider-Man's web shooter, and snikt! the switchblade-sound of Wolverine's claws locking into place. 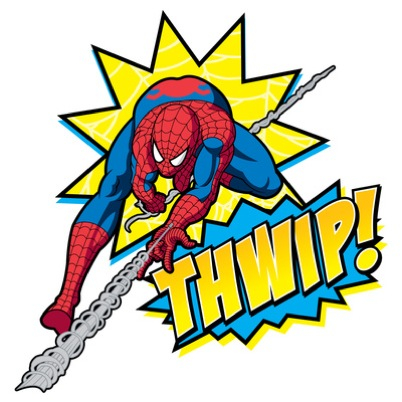 In the Garfield comic strip and television series, there is a running gag about a "splut," which is usually the sound of a pie hitting someone in the face. 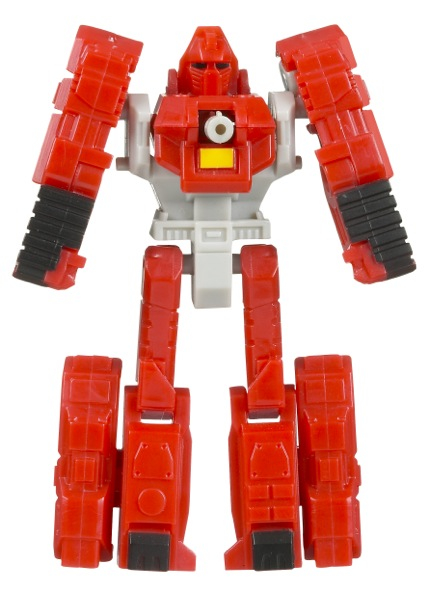 Whaam! (1963) by Roy Lichtenstein is an early example of pop art, featuring a reproduction of comic book art that depicts a fighter aircraft striking another with rockets with dazzling red and yellow explosions 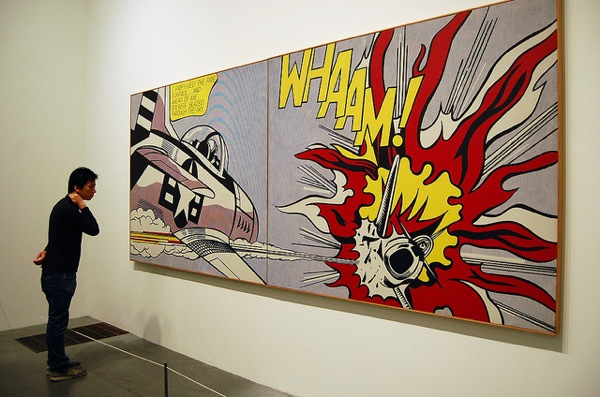 Advertising uses onomatopoeia as a mnemonic, so consumers will remember many products, for example Alka-Seltzer's "Plop, plop, fizz, fizz. Oh, what a relief it is!" jingle, recorded in two different versions (big band and rock) by Sammy Davis, Jr. 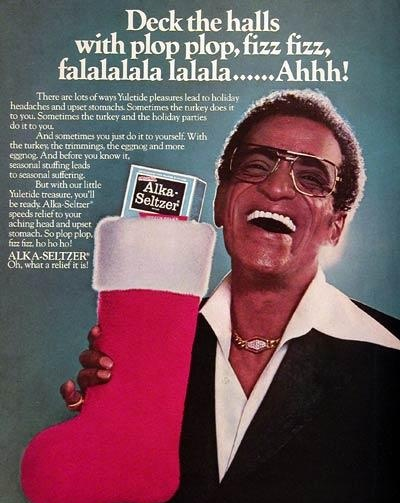 Plop, plop, fizz, fizz, oh what a relief it is. 'Plink, plink, fizz, fizz.'
What a perfect sound poem the jingle makes!
Plop,plop: the tablets hit the surface of the water and zig-zag to the bottom of the glass.
Plink,plink: they clink against the glass.
Fizz,fizz: they dissolve into fine bubbles.
Excellent wordplay! 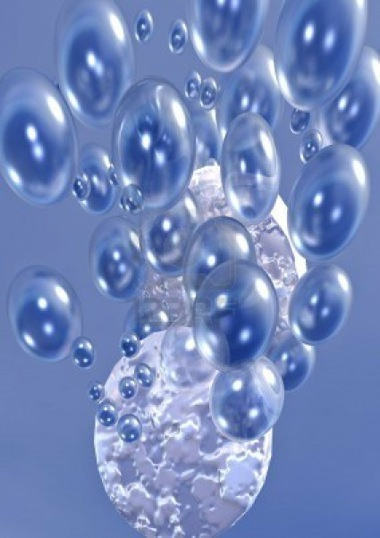 The original "Plop, Plop" jingle was written in 1953 by Paul Margulies, father of actress Julianna Margulies (of TV show ER fame). The tune did not hit hit the airwaves until 1975, when the sprightly spokesperson Speedy Alka-Seltzer first sang it.
Three years later, Sammy Davis Jr. gave the jingle his touch when he made two covers, one "Rock" and the other "Big Band," and performed them on "The Frank Sinatra Show."

Rice Krispies make a "snap, crackle, pop" when one pours on milk.
When I was a little girl, from time to time Kelloggs would send representatives to knock on doors and give out FREE miniature packets of their latest products.
I can well remember pouring on the milk and listening to the popping sounds! 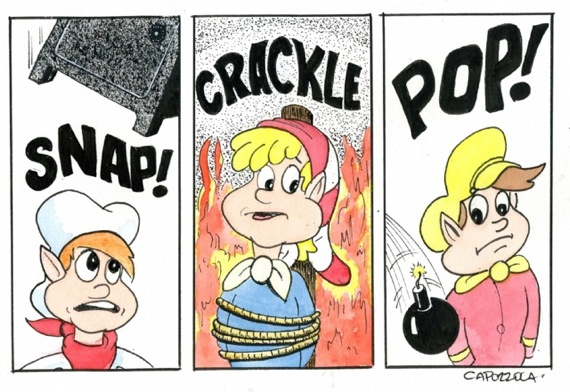 During the 1930s, the illustrator Vernon Grant developed Snap, Crackle and Pop as gnome-like mascots for the Kellogg Company.

Sounds were used in road safety advertisements: "clunk click, every trip" (click the seatbelt on after clunking the car door closed). 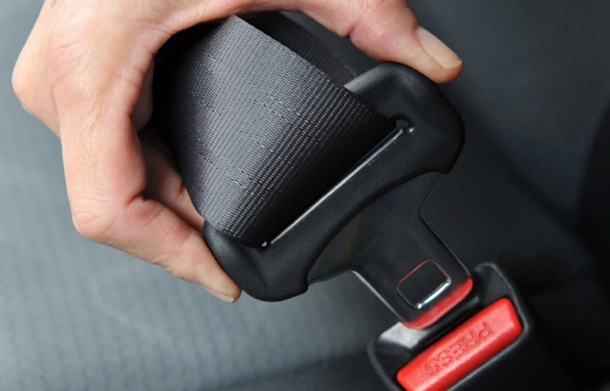 ONOMATOPOEIA IN POETRY AND LITERATURE
Obviously in poetry sound is closely associated with meaning.
There are hundreds of examples to choose from, but here are a few:

What passing-bells for those who die like cattle?
Only the monstrous anger of the guns.
Only the stuttering rifles' rapid rattle
Can patter out their hasty orisons.
No mockeries now for them; no prayers nor bells,
Nor any voice of mourning save the choirs,-
The shrill demented choirs of wailing shells;
And bugles calling them from sad shires. 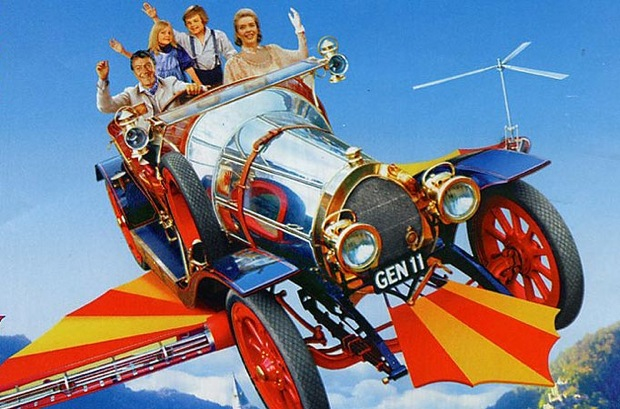 "She found Starling in the warm laundry room, dozing against the slow rump-rump of a washing machine." (
Thomas Harris, Silence of the Lambs)

In book 4 of Jonathan Swift's novel Gulliver's Travels, the name of the Houyhnhnms is an onomatopoeia for the whinny of a horse.

"It went zip when it moved
and bop when it stopped,
And whirr when it stood still.
I never knew just what it was
and I guess I never will." (American singer Tom Paxton, "The Marvellous Toy") 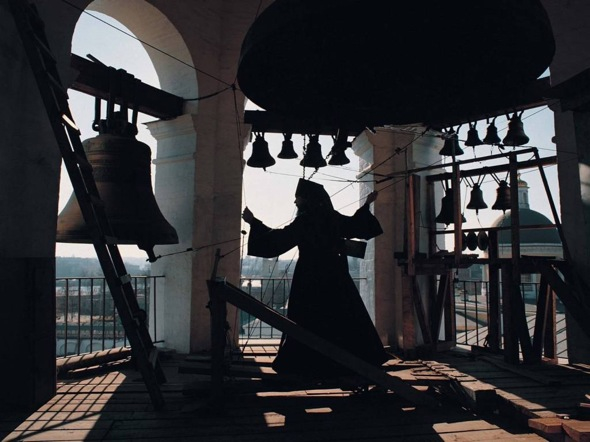 "He saw nothing and heard nothing but he could feel his heart pounding and then he heard the clack on stone and the leaping, dropping clicks of a small rock falling." (Ernest Hemingway, For Whom the Bell Tolls)

READING WITH BOTH EARS AND EYES
Onomatapoeia underlies the fact that we read not only with our eyes but also with our ears.
The smallest child, learning to read by reading about bees, needs no translation for buzz.
Subconsciously we hear the words on a printed page. 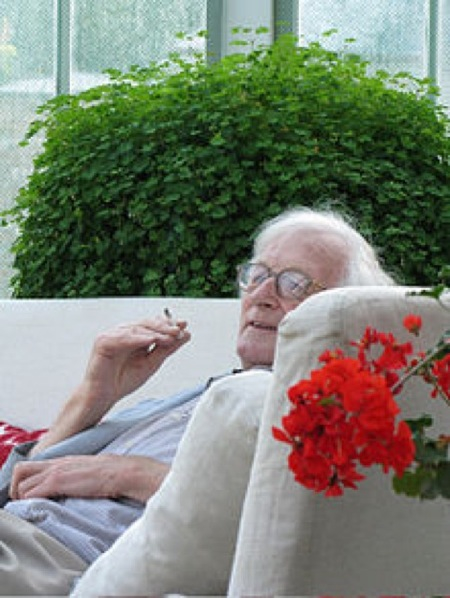 Back to the book with which I began.

In "A Poets Dictionary" John Michell takes a letter at a time and writes about all the images it arouses.
My absolute favourite is the page entitled "I, the egg and eye."

He notes that the egg, the eye and the German ei (egg) are linked both by sound and meaning.
"They are homophones, and each of them has a similar traditional meaning as representing alike the divine I AM and the individual as microcosm."

Microcosm:
1 A little universe or world
2 An object, situation, etc contained within another and displaying all its characteristics on a smaller scale, a miniature version
3 Man, who was regarded by ancient philosophers as a model or epitome of the universe

In Greek and Latin I is ego, a word made up of the egg and its oval or 'ovum' shape - EGG + O.
"In many civilisations the symbol of the divine I AM is an all-seeing eye, an egg or an orb.
The I, the eye and the egg seem to be ancient companions."

I, therefore, represents both man, made in the image of God, and God, in whose image man is made.... 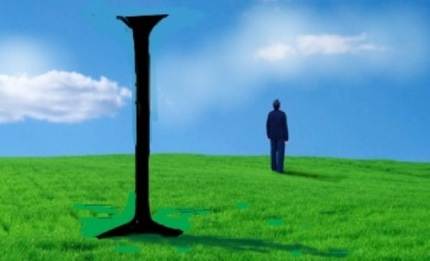