If you have ever listened to The Beatles’ Sergeant Pepper’s Lonely Hearts Club Band, you will know the nonsensical lyrics of “Being for the Benefit of Mr. Kite,” one of the most unusual tracks on the album. 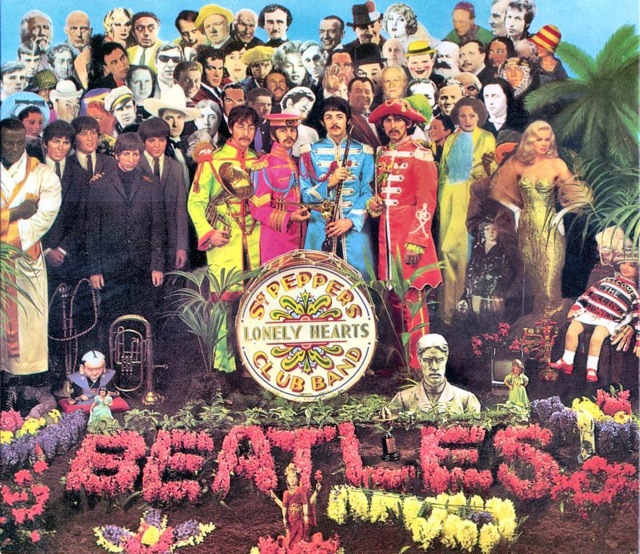 "For the benefit of Mr. Kite
There will be a show tonight on trampoline
The Hendersons will all be there
Late of Pablo Fanque’s Fair—what a scene
Over men and horses, hoops and garters
Lastly through a hogshead of real fire!
In this way Mr. K. will challenge the world!"

John Lennon was using traditional circus vocabulary here:
'Garters' are banners stretched between two poles
The 'trampoline' was a springboard
The 'somersets' Mr Henderson was to 'throw on solid ground' were somersaults.

What most people do not know is that Mr Kite and his friends were real performers in the most successful and popular "fair" to tour Britain during the Victorian period.
The circus was owned by Pablo Fanque, a fine equestrian and an exceptional showman and noteworthy as a black man achieving huge success in an almost uniformly white society.

Parish records show that Fanque was born William Darby in 1796, and grew up in the English east coast port of Norwich, the son of a black father and a white mother.
Nothing certain is known about his father; it has been suggested he was born in Africa and came to Norwich as a household servant, even that he may have been a freed slave, but that is merely speculation.

We do not know exactly how “Young Darby” (as he was known for the first 15 or 20 years of his circus career) came to be apprenticed to William Batty, the proprietor of a small traveling circus, around 1810, or why he chose “Pablo Fanque” as his stage name.
What we do know is that Fanque proved to be a prodigy.
He picked up numerous acrobatic skills (he was billed at various stages of his career as an acrobat and tightrope walker) and later became renowned as the best horse trainer of his day.
This talent was most likely developed during a spell working with Andrew Ducrow, one of the most prestigious names in the history of the circus and a man sometimes considered the “greatest equestrian performer who has ever appeared before the public.” 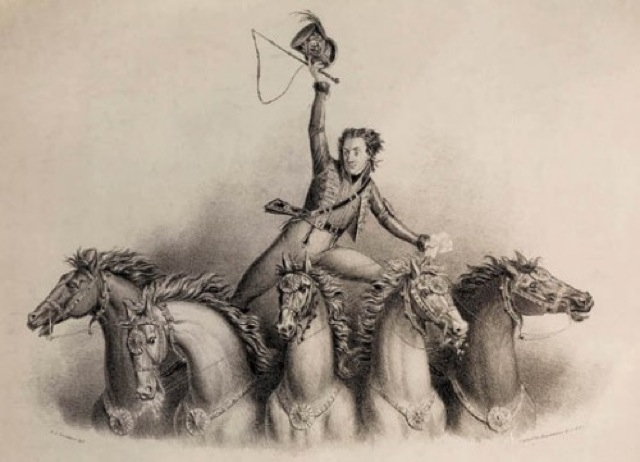 [Andrew Ducrow rides five-in-hand during a performance of “Mazeppa”, an elaborately staged spectacle, loosely based on the life of the Cossack chief.]

By the mid-1830s, Fanque was noted not only as a daringly acrobatic master of the corde volante, but also as a superb horseman, billed in the press as “the loftiest jumper in England.”
His most remarkable feat, according to the circus historian George Speight, was leaping on horseback over a coach “placed lengthways with a pair of horses in the shafts, and through a military drum at the same time,” and during the 1840s, the Illustrated London News reported, “by his own industry and talent, he got together as fine a stud of horses and ponies as any in England,” at least one of which was purchased from Queen Victoria’s stables.

Fanque was capable of turning out horses that “danced” along to well-known tunes, and it was said that “the band has not to accommodate itself to the action of the horse, as in previous performances of this kind.”
John Turner, who has researched Fanque’s life more thoroughly than any other writer, says that he found little or no evidence that Fanque suffered racial discrimination during his long career.
Contemporary newspapers mention his colour infrequently, and incidentally, and many paid warm tribute to his charity work; the Blackburn Standard wrote that, in a world not often noted for plain dealing, “such is Mr. Pablo Fanque’s character for probity and respectability, that wherever he has been once he can go again; aye, and receive the countenance and support of the wise and virtuous of all classes of society.”

After Fanque’s death, the chaplain of the Showman’s Guild remarked: “In the great brotherhood of the equestrian world there is no colour line, for, although Pablo was of African extraction, he speedily made his way to the top of his profession.
The camaraderie of the Ring has but one test, ability.”

There is plenty of evidence, in late Victorian show-business memoirs, that Fanque was a well-respected member of an often disrespected profession: this in spite of the fact that racism was pervasive in the nineteenth century. 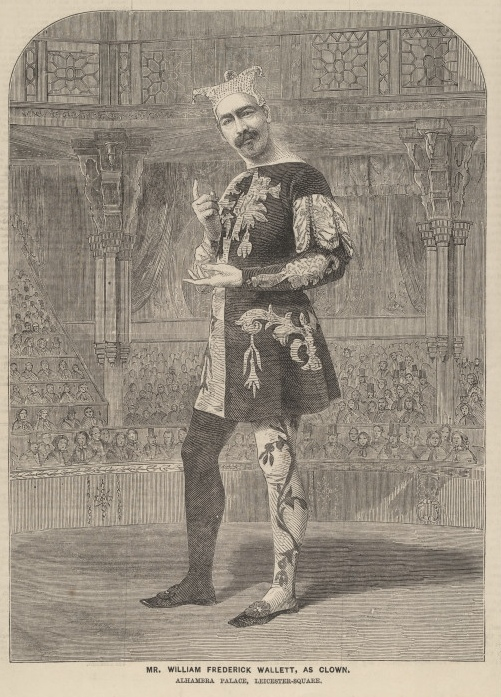 William Wallett, one of the great clowns of the mid-Victorian age, a friend of Fanque’s who worked with him on several occasions, recalls in his memoirs that on one visit to Oxford, “Pablo, a very expert angler, would usually catch as many fish as five or six of us within sight of him put together”—and this, Wallett adds, “suggested a curious device” to one jealous Oxford student: "One of the Oxonians, with more love for angling than skill, thought there must be something captivating to fish in the dark complexion of Pablo.
He resolved to try to attract a big catch by "blacking up."
One morning, going down to the river an hour or two earlier than usual, we were astonished to find the experimental philosophical angler with his face blacked after the most approved style of the Christy Minstrels."
[We are not told if he caught many more fish!]

Fanque’s showmanship, and a reputation for treating his acts well, helped him to expand his troupe.
By the middle of the century, historian Brian Lewis notes, Fanque’s circus had become a fixture in the north of England, so it seemed entirely natural for the schoolchildren of one mill town to celebrate a holiday with “a tour of a bazaar … refreshments and a visit to Pablo Fanque’s circus.” 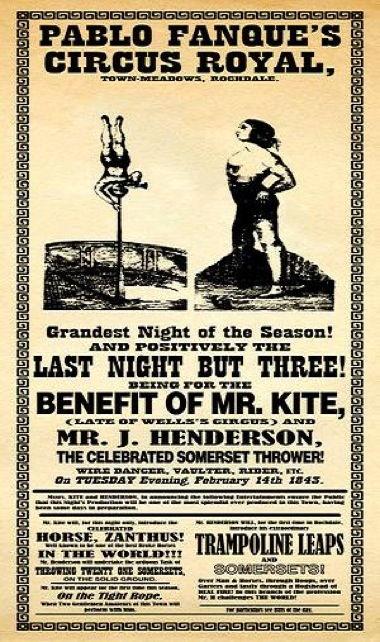 The troupe grew to include a stable of 30 horses; clowns; a ring master, Mr. Hulse; a band, and even its own “architect”–a Mr. Arnold, who was charged with erecting the wooden “amphitheatres” in which they generally performed.
When the circus rolled into the Lancashire town of Bolton in March 1846, Fanque himself announced its coming by driving through the main streets twelve-in-hand, a spectacular feat of horsemanship that brought considerable publicity.
There were many extended seasons in locations throughout England, Scotland and Ireland.
At one point, the circus was based in its own purpose-built auditorium in Manchester, capable of holding an audience of 3,000. 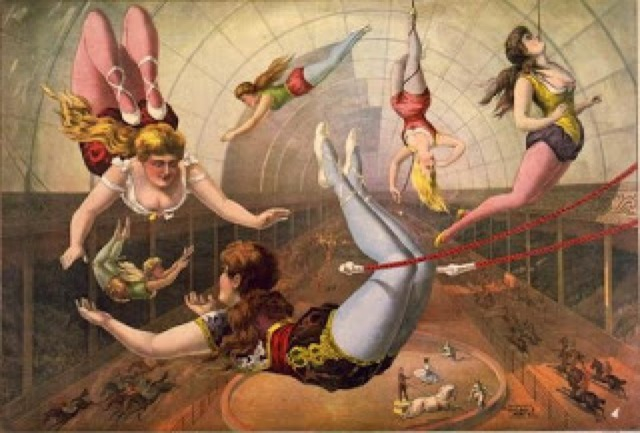 One reason for Fanque’s success that goes unremarked in the circus histories is his keen appreciation of the importance of advertising.
Among the advantages that his circus enjoyed over its numerous rivals was that it enjoyed the services of Edward Sheldon, a pioneer in the art of billposting whose family would go on to build the biggest advertising business in Britain by 1900.
Fanque seems to have been among the first to recognize Sheldon’s genius, hiring him when he was just 17.
Sheldon spent the next three years as Pablo’s advance man, advertising the imminent arrival of the circus as it moved from town to town.
The lineup of performers in Fanque’s circus varied endlessly.
At one point, Pablo travelled with Jem Mace, the celebrated bare-knuckle boxing champion, who put on exhibitions of fisticuffs, while toward the end of his career he employed a “Master General Tom Thumb”—a play on Barnum’s famous midget—and Elizabeth Sylvester, Britain’s first female clown.
He also exploited the provocative allure of “Miss Emily Jane Wells,” whose “pleasing Act of Horsemanship” was daringly performed in “Full Bloomer Costume!!”

Late in life, Fanque switched to an entirely family-oriented show, recognizing that it would appeal to a broader range of customers
. Bringing in a more middle-class audience allowed Fanque to charge the then-high price of a shilling for a box seat and sixpence for the pit. 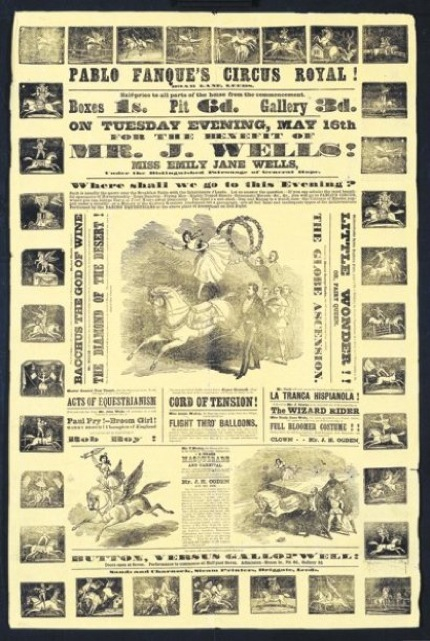 For most of these years, Fanque remained respected and esteemed, a fixture on the northern touring circuit, while attaining national prominence just once, when, in Bolton in May 1869, his decision to hire another female performer, “Madame Caroline,” (billed as “the Female Blondin” in imitation of the world-famous tightrope walker and conqueror of the Niagara Falls), almost resulted in tragedy.
As the “wire dancer” set off on a rope strung between two buildings in one of the town’s busiest streets, the Penny Illustrated Paper reported, she "stumbled, threw away the balance pole, but by a desperate effort grabbed the rope.
She made strenuous efforts to regain her position, but although a strong muscular woman, she was unable to do so and remained suspended in mid-air.
Loud cries then arose from the crowd… Attempts were made to lower the rope, which was at a height of about 30 feet, but these were unsuccessful.
Just as the poor woman was becoming exhausted, men’s jackets were piled below her and she was persuaded to drop into the arms of those beneath … sustaining no injury beyond the fright and a shake." 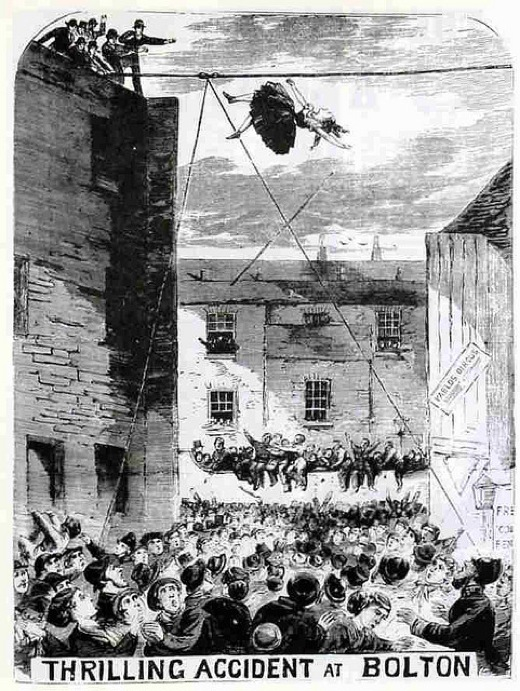 Pablo’s life was not without its tragedies.

Perhaps the lowest point of His career came on March 18, 1848, when his circus was playing in Leeds.
The troupe took over a wooden amphitheatre that had been erected for his rival Charles Hengler, and used it to put on a benefit performance for Wallett.
Partway through the show, when the pit was packed with an audience estimated at well over 600, some supports gave way and the floor collapsed, pitching the spectators down into the lower gallery used for selling tickets.
Fanque’s wife, Susannah—the daughter of a Birmingham button-maker and mother to several children who also performed with the circus—was in the ticket booth, and happened to be leaning forward when the structure, according to the Annals and History of Leeds: "fell with a tremendous crash, precipitating a great number of people into the gallery… Mrs Darby and Mrs Wallett were… were both knocked down by the falling timber; two heavy planks fell upon the back part of the head and neck of Mrs Darby, and killed her on the spot.
Mrs Wallett, besides a many others, received bruises and contusions, but the above was the only fatal accident."

Fanque rushed to the scene, helped to move the heavy timbers, and carried his wife in his arms to a nearby tavern; a surgeon was called for, but there was nothing to be done.
A few days later Susannah “was interred at the Woodhouse cemetery, where a monument records the melancholy event.” 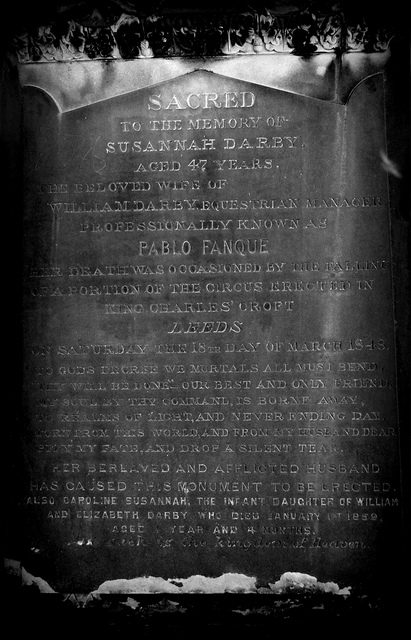 At the inquest into her death, it emerged that the builder’s men had partially dismantled the amphitheatre before Fanque arrived, removing a number of the supporting beams, and the structure had been sold to him “as it stood,” with the new owner undertaking “to make any alterations as he liked at his own expense.”
Although Pablo still employed Arnold, the architect, nothing was apparently done to strengthen the flooring, but no charges were ever brought against either man for negligence.
To make matters worse, it was discovered that as Mrs. Darby lay dead amid the pandemonium, the box containing the evening’s takings, amounting to more than £50, had been stolen.

After his wife’s death, Fanque married Elizabeth Corker of Sheffield, who was 20 years younger than he.
They had several children, all of whom joined their circus, and one of whom, known professionally as Ted Pablo, once performed before Queen Victoria and lived into the 1930s.

As for Fanque himself, he survived just long enough to witness the beginnings of the circus’s slow terminal decline.
He died, aged 76 and “in great poverty” (so the equestrian manager Charles Montague wrote in 1881), in a rented room in a Stockport inn. 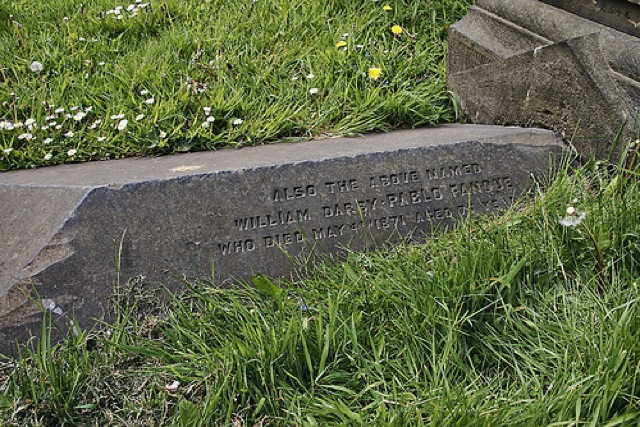 He was remembered fondly, though.
A vast crowd lined the route of his funeral procession in Leeds in May 1871.
He was buried alongside his first wife. 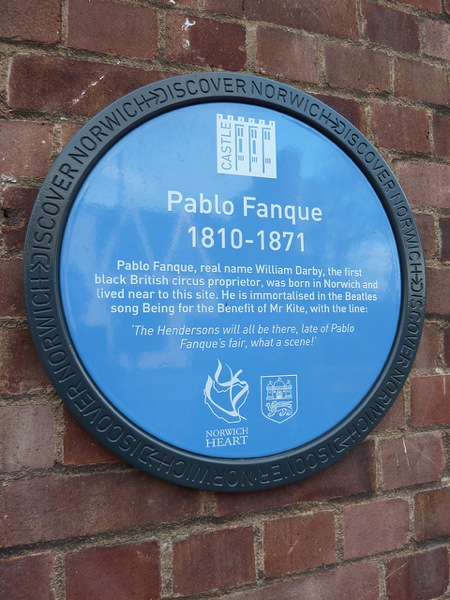